When I took my dad to Hawaii this January, I really wanted him to feel the distance. I wanted him to be proud of himself for traveling farther than he had in almost two decades, and to view the trip as a real adventure. I’d voice awe at our situation, saying things like, “you know we’re half-way to Australia right now?” Or, while looking out to the horizon, I’d mention how the next major bit of land in that direction could be Antarctica. He’d nod, but it wasn’t until our flight back to the mainland, all seven and a half hours on an American Airlines Boeing 777-200 from Honolulu to Dallas, that truly impressed upon him the dramatic distance we’d been away from home.

“That was far,” he simply said. “I don’t ever want to be on an airplane that long again.”

Hawaii is far. For travelers based in the midwest, and certainly the east coast, Europe is a more convenient travel option. Paris for the weekend? Doable. Hawaii, though? Better cross one or two weeks off the calendar. Even for west coasters, the hours spent in air en route to the islands can be a deterrent. So it’s about time an airline introduced a cabin that makes the lengthy flights from the mainland less intimidating and more comfortable, without soaring to the luxury price range of a business or first class ticket.

Enter American Airlines Premium Economy, which commenced regular service to Hawaii on 15 December 2017, on the Dallas-Honolulu and Dallas-Kahului routes. The airline’s Dallas to Kona route will also see Premium Economy from 7 June 2018. Average airfares have tickets in Premium Economy commanding $300 to $500 over Main Cabin. 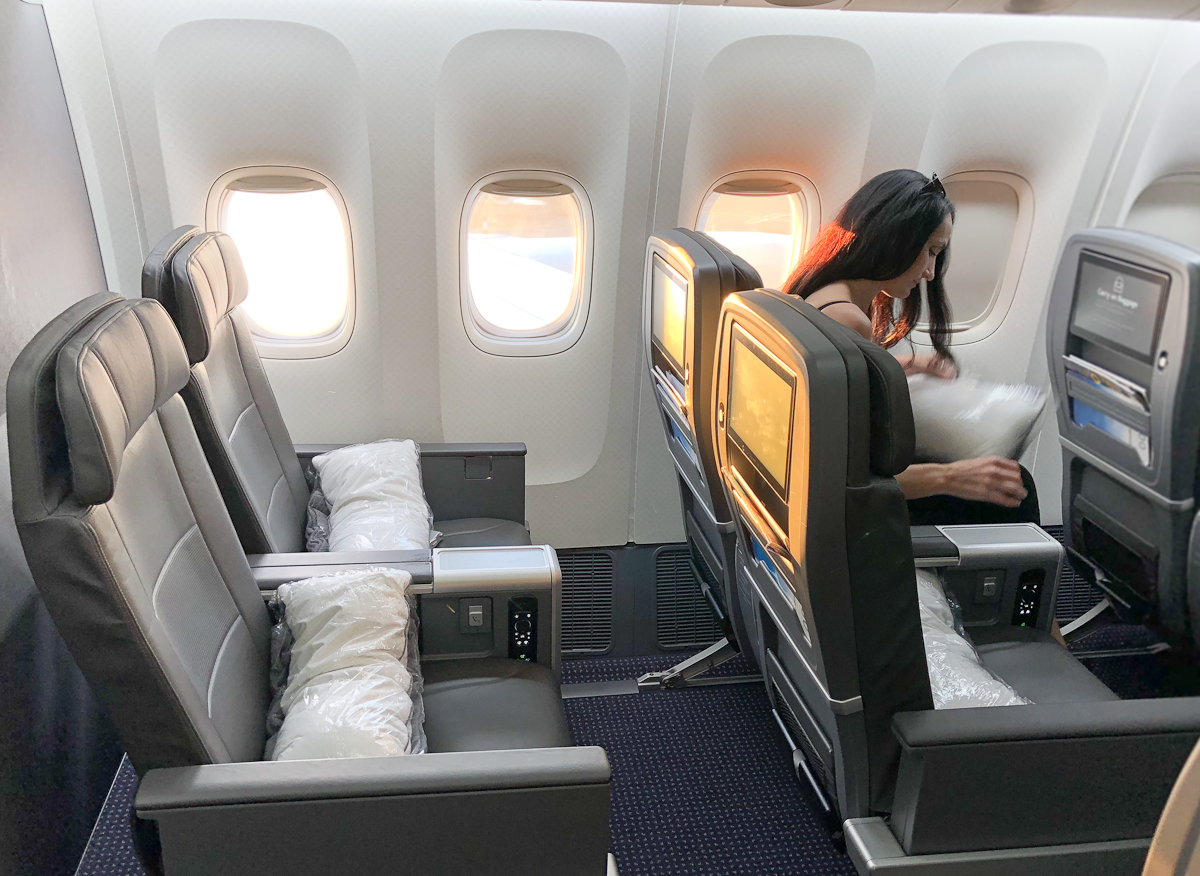 My seat in Premium Economy, in the last row of the cabin: 15A. Image: Cynthia Drescher

The seats are the Rockwell Collins (former B/E Aerospace) “MiQ,” marketed as a domestic business class seat style and also used by Cathay Pacific for its Premium Economy cabin. It’s currently the only true Premium Economy product flying between the mainland and the islands. The next closest competitor would be Hawaiian Airlines’ “Extra Comfort,” but there’s is a cabin that relies on soft product enhancements (blanket, amenity kit, a quieter cabin, etc), while the seat itself and layout are the same as found in economy. 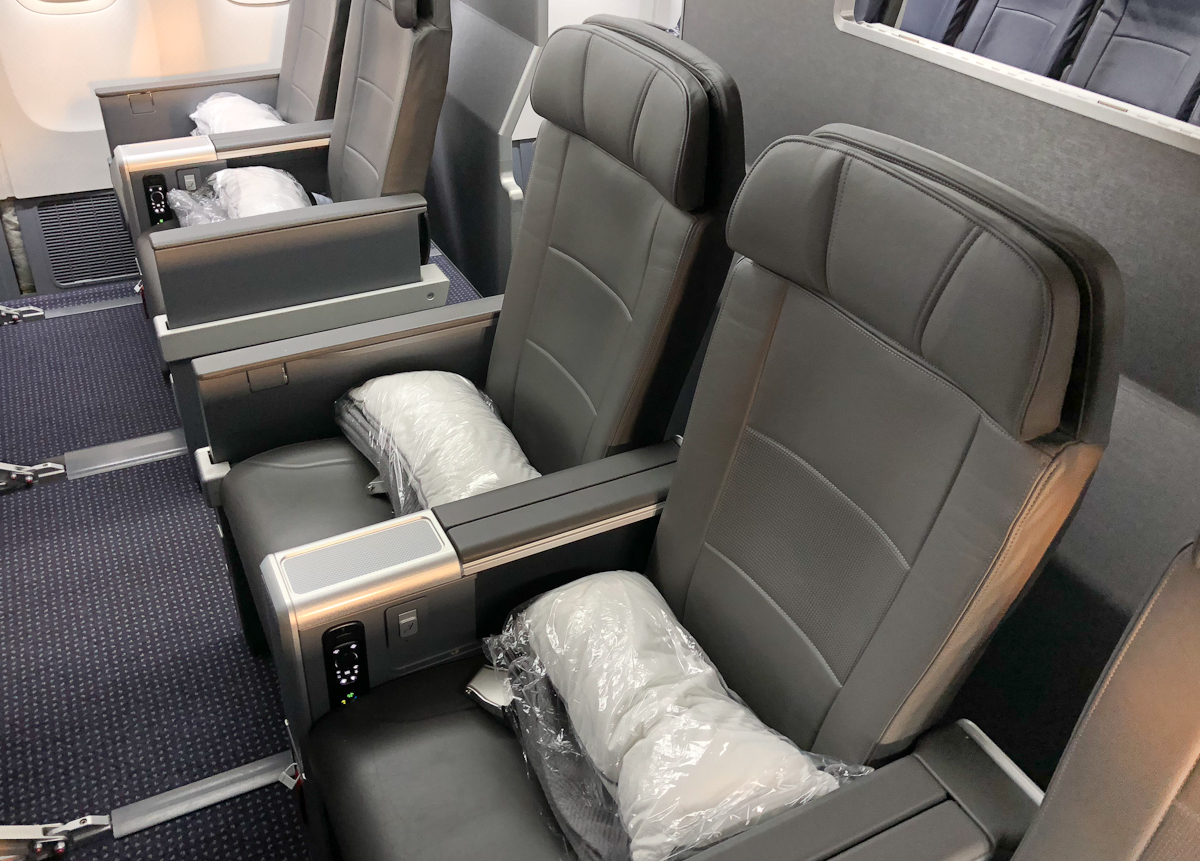 Two of the four seats that span the middle of the PE cabin. Image: Cynthia Drescher

American Airlines plans to install Premium Economy across a significant portion of its widebody fleet, with it coming linefit to Boeing 787-9s, and retrofitted for the Boeing 777-300s, 787-8s, and Airbus A330-200s. Select Boeing 777-200s will also receive the class, and it’s with this aircraft type that AA flies to the islands.

Honolulu, Kahului, and Kona are to be the only domestic routes featuring the Premium Economy cabin, and while the hard product is the same as that used on international routes, the soft product does differ, though there’s little advance information on what exactly to expect. Where the dedicated website lists amenities, an asterisk simply notes: “*Product may vary for Premium Economy Hawaii.” Thus, when we flew in the seats, I made sure to take notes. Here is what travelers in Premium Economy can expect on American’s Hawaii routes:

Some service items and services present in international Premium Economy are however completely left off the Hawaii routes. Island-bound passengers in AA Premium Economy should NOT expect an amenity kit, noise-cancelling headphones, slippers, a printed menu of the meals and beverages, or a second meal or snack service. 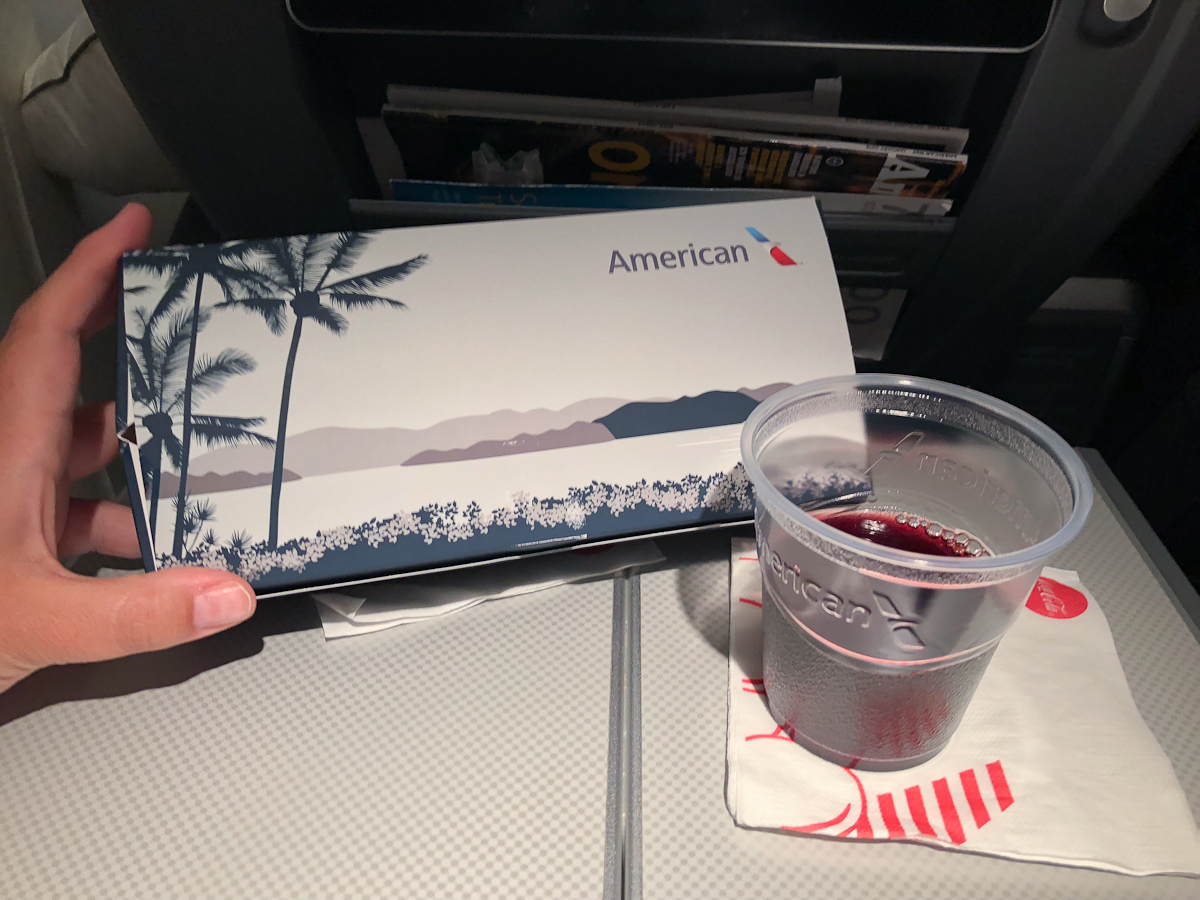 The one meal service is a picnic-style box (but free wine!). Image: Cynthia Drescher

Our upgrade was indeed a day-of-departure case. I am Executive Platinum with AA, and noticed that those on the upgrade list who didn’t get bumped up to First were at least moved into Premium Economy, with new boarding passes handed out at the gate. Upgrades to PE also arrived for other passengers without any status, as I spoke with a man seated nearby me who eagerly shared that this was his first flight in ten years. He obviously enjoyed the dark, quiet cabin as, after we chatted, he conked off to sleep and didn’t rouse again until it was time to put his seat back up for landing at Dallas.

Although the original airline inventor of Premium Economy is debated—RGN deputy editor John Walton even had Virgin Atlantic and EVA Airways digging through their archives in an attempt to end the debate—the mid-1990s was when the cabin class first became a “thing”. Now, more than two decades on, US-based airlines have finally come around to the idea that it’s good business and good sense to give travelers an option between economy and first classes. Although American Airlines is limiting Premium Economy on domestic routes to Hawaii, these are the routes that arguably need it the most.

My dad may have hated simply sitting for so long while flying to and from the islands, but that negativity has burned away and now all I hear from him is “when can we go back to Hawaii in those big seats?” 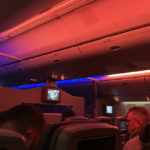 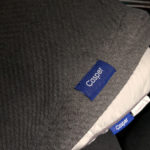 The blanket and pillow are by Casper. Image: Cynthia Drescher 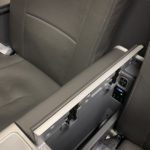 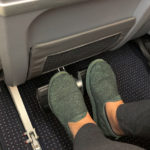 Two of the three rows feature pedal-style foot rests, while the bulkhead has a leather calf rest. Image: Cynthia Drescher 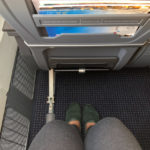 Looking down to the 38 inches of legroom. Image: Cynthia Drescher 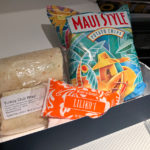