On a brisk morning under bluebird skies, the smallest variant of the Boeing 737 MAX family made its maiden flight. The 737 MAX 7 departed from Renton Municipal Airport at 10:17AM on 16 March, flying west to the Pacific coast, before turning back and overflying Renton, then continuing on to Moses Lake, Washington while performing tests including an engine shutdown and relight. The twinjet returned to Seattle and landed at Boeing Field (BFI) at 1:21PM. The test flight reached a maximum altitude of 25,000 feet and 250 knots (288 MPH).

Upon landing, Boeing test pilots Jim Webb and Keith Otsuka lavished praise on the plane, saying the flight was flawless. “It’s smaller, but mighty. Everything about it was clean. We completed the entire test profile and we couldn’t be happier,” said 737 chief pilot Webb.

The 737 MAX 7 certification programme will begin on 19 March, and is expected to be completed with utmost efficiency, thanks to its MAX 8 and MAX 9 predecessors. Otsuka noted, “We [the pilots] are not the stars of the show. The real stars are everyone who put this thing together. I don’t think it could have gone any better.” 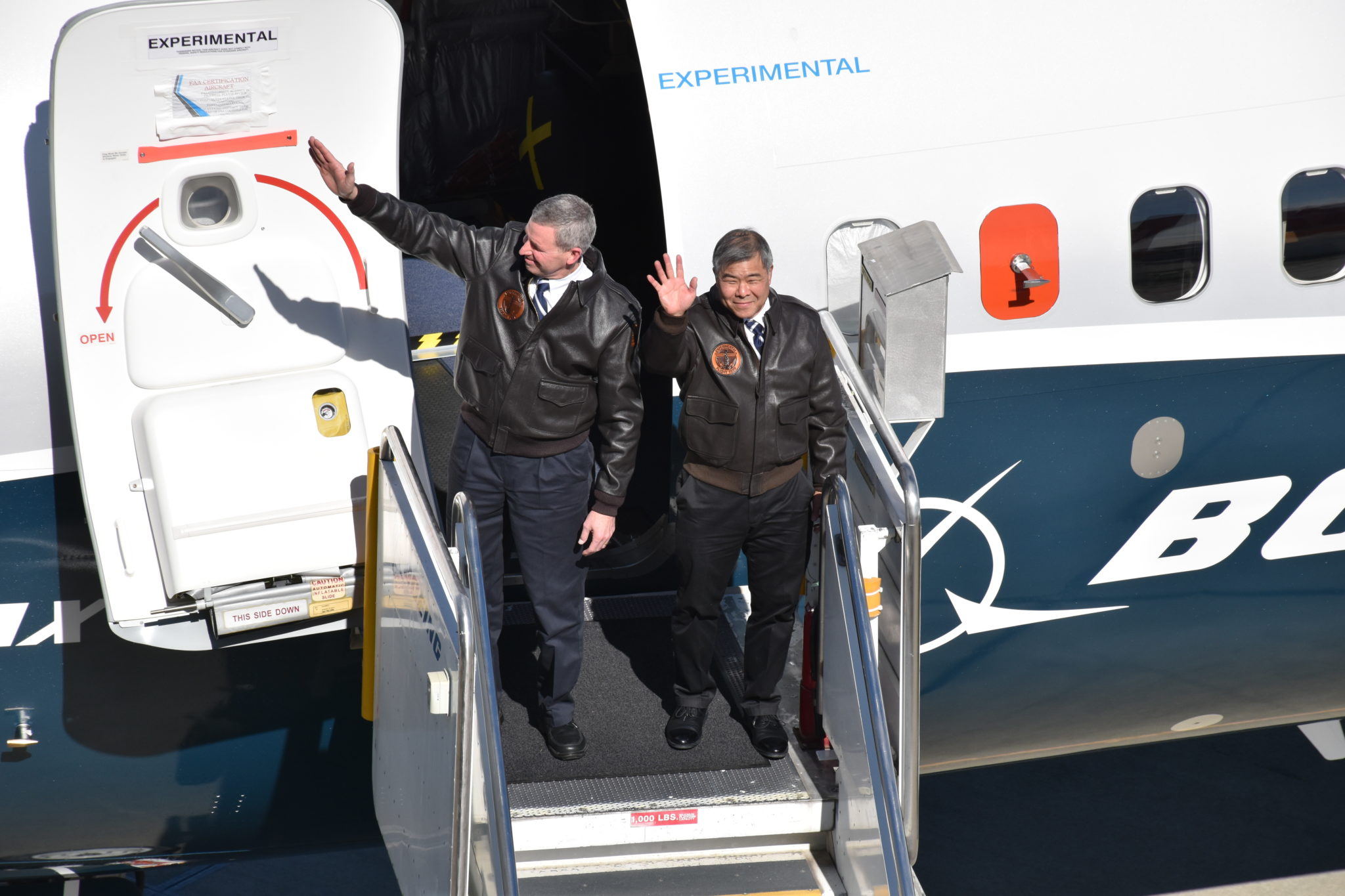 During the flight, Boeing regional director product marketing Jeff Haber touted the mini-MAX’s features and advantages, such as the higher seating capacity, range, and operating cost as compared to the Airbus A319neo. The MAX 7 will be the longest range variant of the MAX family, capable of flying up to 3,850 nautical miles with up to 172 seats in a single-class configuration. Haber also noted the “high and hot” operational capabilities of the MAX 7, because it has a lower takeoff and landing weight along with additional thrust capabilities. He also said that the MAX 7 has the potential to be a “route opener” like the 787 Dreamliner, able to perform on thin and challenging routes.

Haber side-stepped the mention of weak sales for the MAX 7. When asked directly why the plane is not selling well, Haber noted the model has eight customers, notably Southwest Airlines and WestJet, along with two BBJ buyers. He suggested the salvation for the MAX 7 may be in the potential replacement need for the approximately 2,500 737-700s and Airbus A319s that will be coming up on retirement, in spite of the trend of upgauging replacement aircraft. He also refused to disclose the precise number of MAX 7 sales, falling back on Boeing’s policy of allowing customers to swap orders for other models, but also said the MAX 10 orders placed at 2017’s Paris Air Show were confirmed.

The company continues to assemble all 737 models at its factory in Renton, Washington, although a new completion and delivery center is being built in Zhoushan, China with operations slated to begin late this year.  The completion center is a joint venture with COMAC, while the delivery center is Boeing-owned. “While producing 47 planes a month, there is training happening in the [Renton] factory. We are training our people to build them faster at the same quality, even as we speak,” said Haber.

Southwest is set to receive the first production MAX 7 in 2019, despite recently deferring 23 deliveries of the type until 2023 and 2024, while opting to accelerate the delivery of the same number of MAX 8s.

Boeing is having quite the busy month of publicity, having recently rolled out its world-record 10,000th 737. The model was a MAX 8, which will be delivered to Southwest. The airframer will shortly deliver the first MAX 9 to Lion Air, followed by the delivery of the first Boeing 787-10, which will be handed over at its Charleston, South Carolina facility to Singapore Airlines. 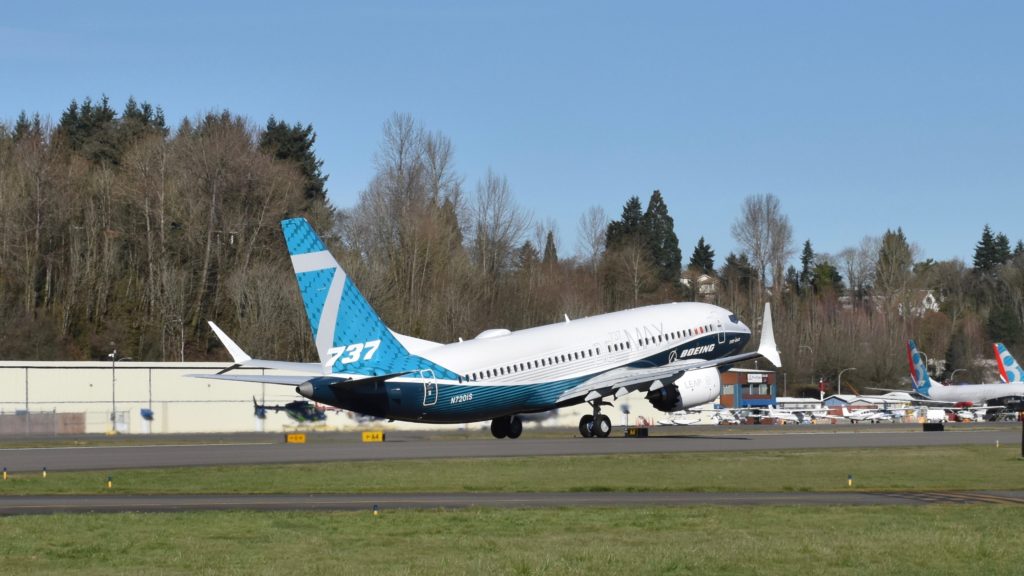 The first MAX 7 will be delivered to Southwest Airlines, which offers inflight connectivity and live television to passengers, thus the signature radome atop the fuselage. Image: Paul Thompson

What to expect in American Airlines Premium Economy to Hawaii