KLM believes its voluntary carbon offsetting program will avoid the pitfalls of similar schemes at some other airlines because it hand-picks the projects that are funded by the proceeds.

The Dutch carrier also reports that the number of passengers paying into its CO2ZERO scheme increased by half last year compared to 2016, reflecting what it believes is a growing trend among passengers toward environmentally-conscious travel.

Speaking recently at a media event at Amsterdam Schiphol to promote the airline’s sustainability efforts, KLM’s director of corporate social responsibility and environmental strategy, Inka Pieter, said that 60,000 passengers voluntarily agreed last year to pay extra to offset their share of the carbon dioxide emissions created by their flights. The number of passengers participating in the scheme was 50% higher than in the previous year.

Asked by Runway Girl Network how the airline could guarantee that the money raised through the scheme would be used for its intended purpose – following Virgin Atlantic’s recent admission that it had stopped selling credits related to a controversial forestry project in Cambodia under its carbon offsetting program after an environmental organization raised ethical and ecological concerns about its legitimacy – Pieter stressed the importance of only investing in “good projects”, and of the airline selecting and managing them itself.

The CO2ZERO scheme exclusively funds a reforestation initiative in Panama, which KLM sustainability manager Remona van der Zon visited and studied as part of the thesis she wrote for her Masters degree in Sustainable Development, and about which she is clearly passionate.

“What I like so much about this specific project is that the newly planted forests do more than lock in carbon dioxide and repair the ecosystems – they also provide important thoroughfares for wildlife to move through those ecosystems,” says van der Zon. 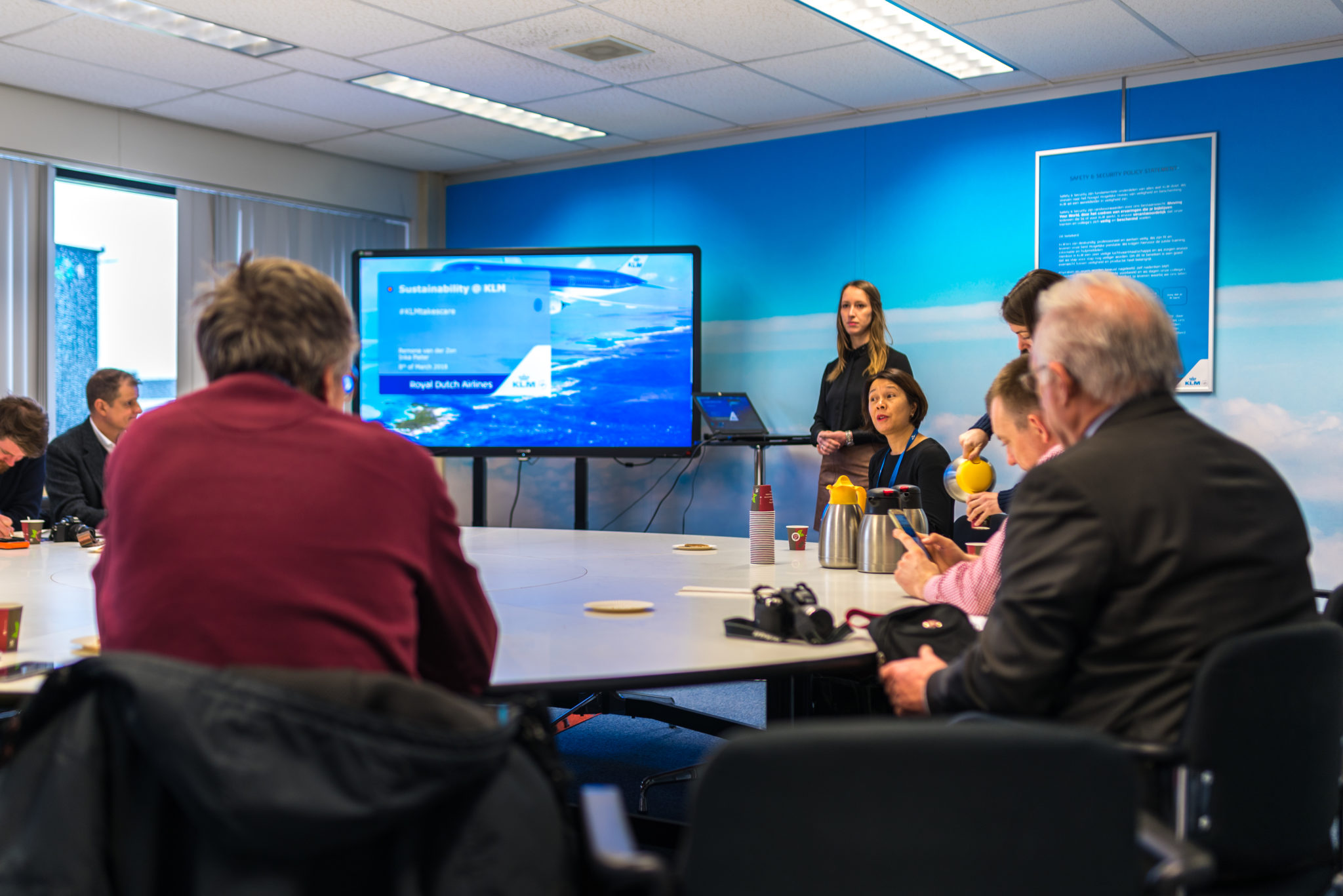 Pieter acknowledges that some carbon offsetting projects in the past have not delivered their intended results, and says KLM “invested in our own project” because “we don’t want to get it wrong”.

But she also recognizes that paying to offset carbon dioxide emissions elsewhere is not a long-term solution to the airline industry’s rising contribution to climate change.

KLM is hopeful that sustainable aviation fuels will become more widely available in the future, but Pieter admits to Runway Girl Network that she is “frustrated” by the slow pace at which this is happening.

“Nobody is really taking the initiative. We need leadership,” she says, adding that while some airlines have taken more of a leadership role than others, “this is not our core business”. Stronger leadership is needed from governments, while companies “that have the knowledge and skills” require more capital to scale up production.

“This year would be the year to give this a big push, and all stakeholders could help us,” says Pieter.

KLM has been working with SkyNRG since 2009 to operate flights partially powered by fuel derived from used cooking oil. The carrier says it operated 1200 such flights between 2011 and 2017. All of the airline’s flights from Los Angeles to Amsterdam operate on a biofuel blend, although Pieter admits that the sustainable fuel proportion only represents about 3% of the total.

During the media event, Runway Girl Network was given a tour of one of KLM’s maintenance hangars to showcase some of the other initiatives the airline has launched to reduce its carbon footprint.

For instance, the carrier has shaved €1.2 million ($1.5 million) off its annual electricity bill by replacing the heating and lighting system in one of its hangars with a more efficient, computer-controlled system. It is in the process of installing the same system across its other hangars.

In addition, the introduction of a semi-dry aircraft wash technique has cut the volume of water used to clean the outside of a Boeing 777 from 12,000 liters to 150 liters. This cleaning process takes longer than the traditional method, however, so KLM is working with Delft University of Technology to come up with a way of making it more time-efficient.

Can a 2-2-2 layout ever be better than direct aisle access?