Fewer than 22 percent of workers in Europe’s transport sector are women, but the European Economic and Social Committee has a plan to increase gender equality, encourage women’s participation in transport industries, and reduce the barriers to their employment.

Launched at the end of 2017 at a participatory brainstorming event, the EESC’s Women in Transport Platform for Change is now moving into an implementation stage, with signatories to the platform’s declaration from a range of transport sector companies, organisations and individuals who are committing to improving the number of — and prospects for — women in transport.

“Trying to improve equality between men and women in the transport sector is not only a question of gender equality: it is an economic and social imperative, and it is about employment, innovation, sustainability and growth in the EU,” EESC President Georges Dassis noted when launching the platform. 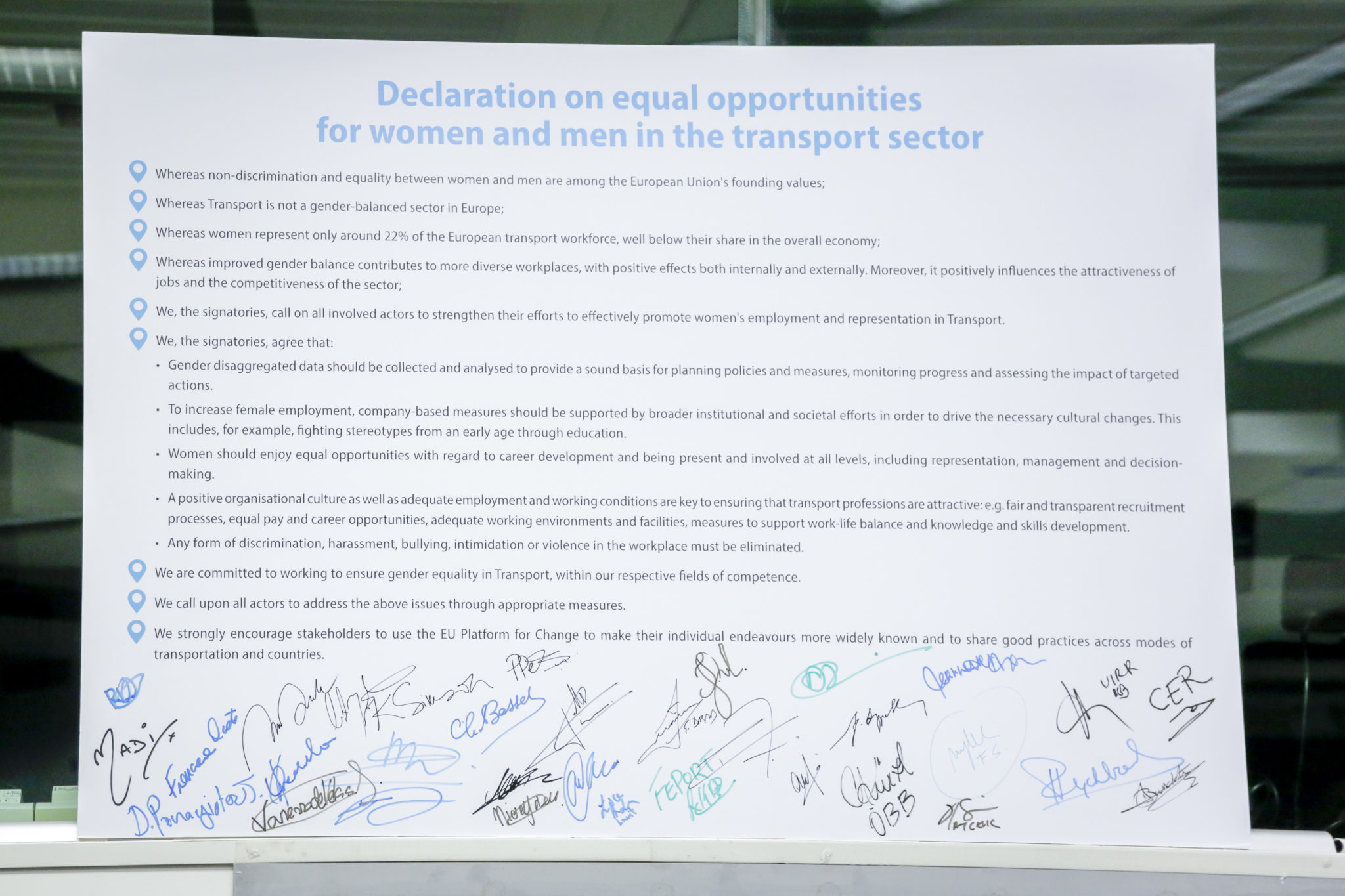 Signatories to the platform’s declaration come from a wide range of transport companies, organizations and government bodies. Image: EESC

Committee member Madi Sharma, the initial rapporteur for the project, spoke with Runway Girl Network to outline the work done so far and the next steps as responsibility for implementation moves to European Commissioner for Transport Violeta Bulc.

Participants and signatories to the platform include policymakers at the EU and national levels, transport industries, trade unions, media, passenger organisations and other non-governmental bodies. “Each of the platform members will make a concrete commitment to prepare an action which will be monitored, evaluated and disseminated,” Sharma explains.

Driven through work over the last decade at the Directorate-General for Health and Food Safety (SANTE, formerly Sanco), which Sharma says is showing good results, the EESC’s Platform for Change explicitly plans to set SMART (Specific, Measurable, Achievable, Realistic, and Timebound) objectives to implement policies, including monitoring, evaluation and annual reviews.

A key aim of the platform is to address gender equality in transport, prioritising women’s employability in the sector as a first focus. Information will also be crucial, with data needing to be set out by gender to ensure that changes are measurable.

“To increase female employment, company-based measures should be supported by broader institutional and societal efforts in order to drive the necessary cultural changes. This includes, for example, fighting stereotypes from an early age through education,” Sharma suggests.

Ensuring equal opportunity is also key, particularly around career development and visibility, Sharma says. Women need to be visible “at all levels, including representation, management and decision-making.”

Sharma also highlights the need for positive organisational culture, with sufficient employment and working conditions, noting that improvement is needed in the areas of “fair and transparent recruitment processes, equal pay and career opportunities, adequate working environments and facilities, measures to support work-life balance and knowledge and skills development”.

Fixing the ‘pipeline problem’ to increase the proportion of women in relevant educational opportunities too, is an area that could well see focus, as well as improving work-life balance for people of all genders within transport.

Of course, Sharma notes, “any form of discrimination, harassment, bullying, intimidation or violence in the workplace must be eliminated.” 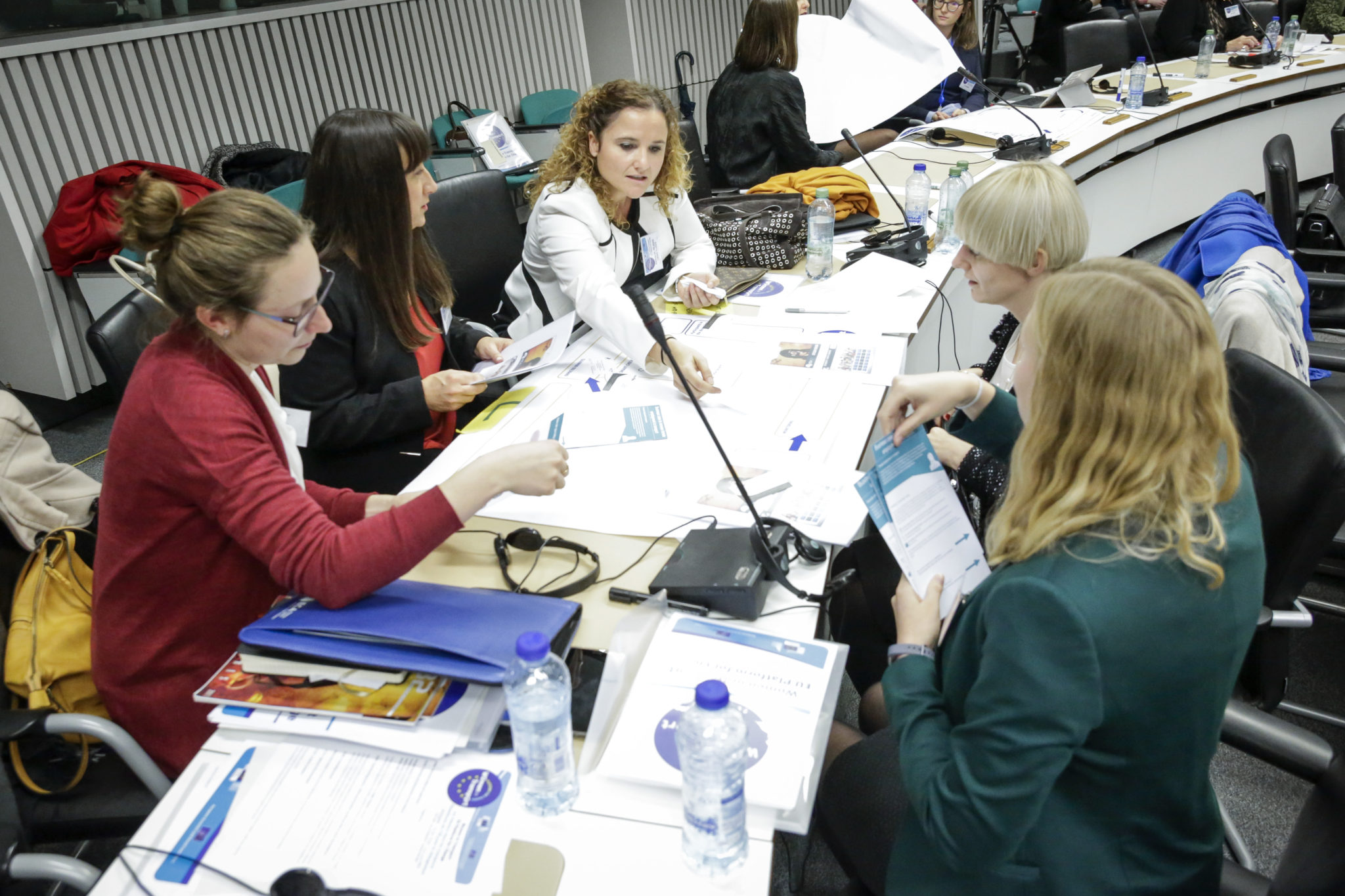 The EESC intends the Platform For Change to be bottom up not top down in objectives and plans. Image: EESC

Sharing information about best practices will be crucial, since Sharma says that no body is currently in charge of monitoring and disseminating them.

The plan is for the platform to share this work, with recent highlights including the European Transport Workers’ Federation’s initiatives on eradicating domestic and workplace violence, including sexual harassment. The UK’s Transport for London body, responsible for most mass transit within and into the capital, has also been working hard to increase women’s numbers within transport, as has the British truck driving sector.

Women’s pilots’ groups, too, are starting to collaborate, and Sharma hopes that work to establish an EU network of women pilots will bring benefits.

“Many of the changes will take time,” Sharma admits, although she says that “some will be able to show instant results. Raising awareness and sharing information between stakeholders and amongst the industry will start momentum, which then may even impact on policy changes to drive change across the whole sector.” 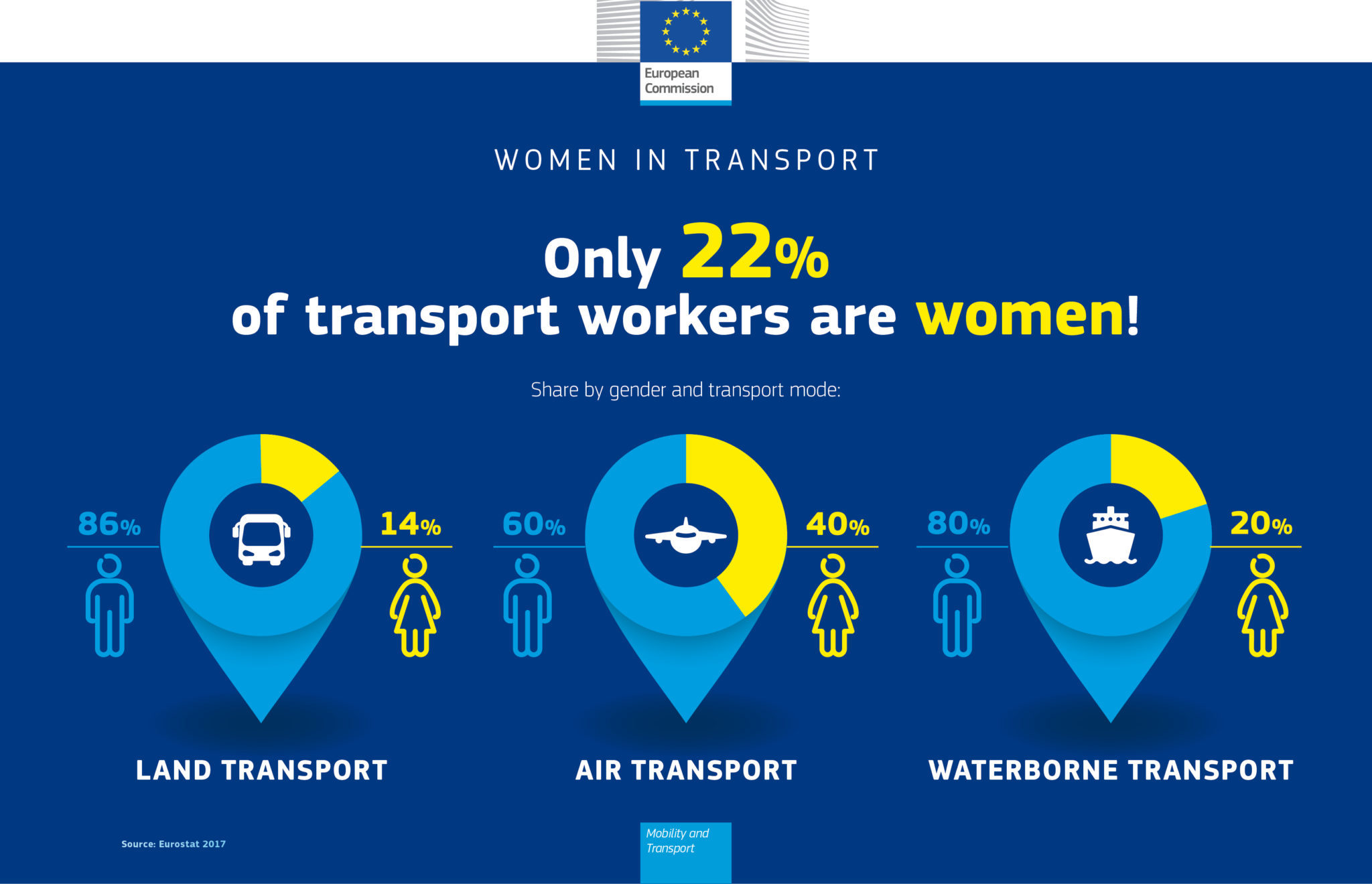 While air transport shows less inequality than other sectors, much is still to be done. Image: EESC