This month, Air Wisconsin pilots marked their seventh year without a new contract, continuing a cycle of frustration and unhappiness for the pilot group. The pilots and their management have been in negotiations since October 2010, and the most recent mediated talks have failed once again to produce an acceptable agreement.

“For the past seven years, Air Wisconsin pilots have worked hard toward a new pilot contract. This kind of delay is unreasonable,” said Capt. Chris Suhs, chairman of ALPA’s Air Wisconsin group. “Much has changed after close to a decade of bargaining, but one thing remains certain—it is well past time for management to finally offer clear economic gains that pilots can recognize and appreciate.” 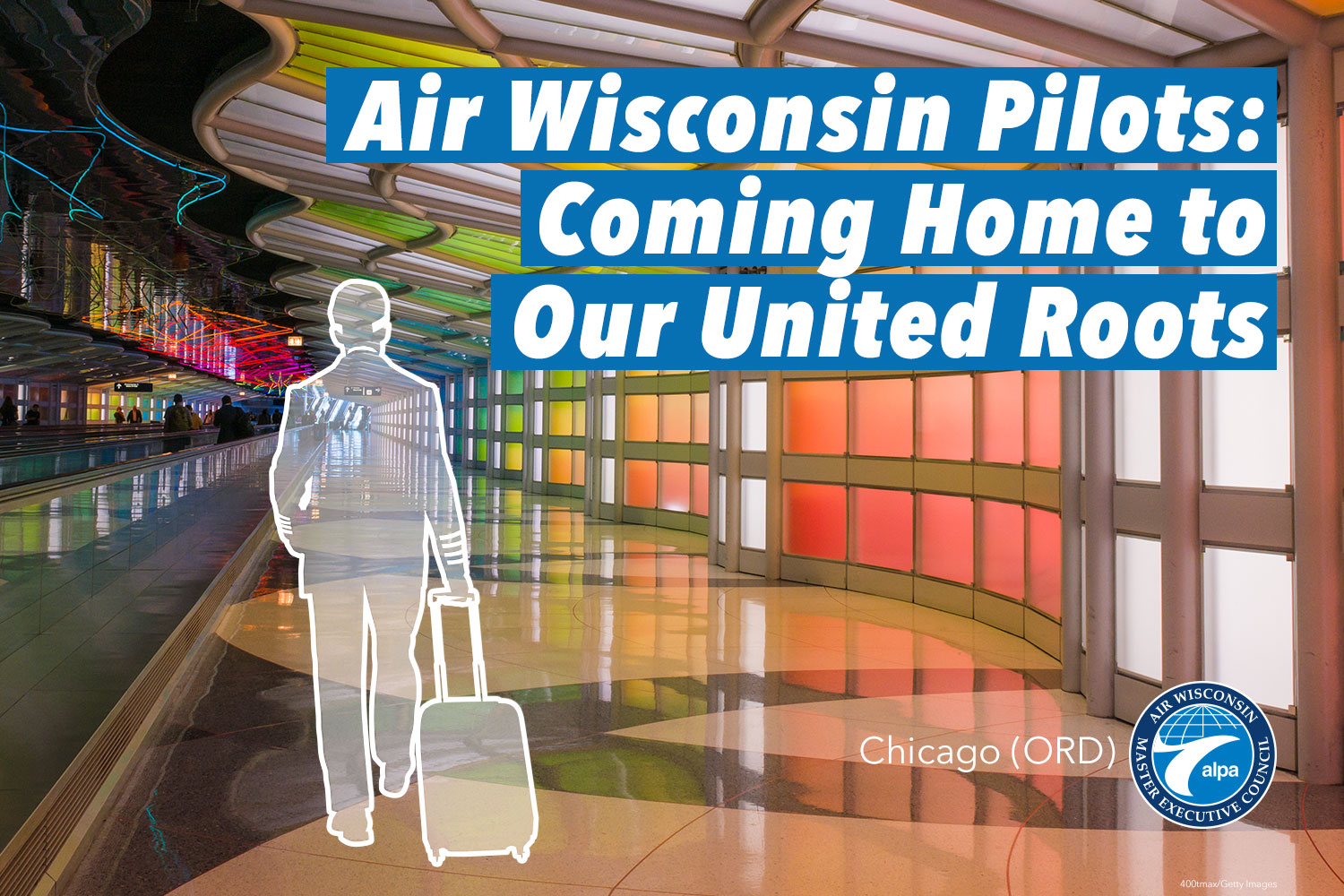 Since negotiations began, Air Wisconsin pilots have successfully fought off concessionary demands from management and continued efforts to advance their current contract. In 2015, a tentative agreement (TA) was reached that offered only limited gains for pilots, who rejected the TA by a 67 percent margin. Air Wisconsin continues to see a steady drain of pilots leaving for other airlines. Once more than 800 strong, the pilot group has declined to just over 500 pilots, and attracting new hires could become even harder.

Meanwhile, a new tentative agreement being considered by pilots at Air Wisconsin competitor Endeavor Air would make them the highest-paid pilots in the fee-for-departure segment, raising the bar—and contract expectations—for all regional airline pilots.

“The market is rapidly changing, the industry is on the move, and competition in the pilot labor market is heating up. It’s time for Air Wisconsin to recognize these new realities and come back to the table with an agreement for its current and future pilots,” Suhs concluded.

Founded in 1931, ALPA is the largest airline pilot union in the world and represents over 58,000 pilots at 33 U.S. and Canadian airlines. Visit the ALPA website at www.alpa.org or follow us on Twitter @WeAreALPA.