LSG Sky Chefs-owned Retail inMotion’s Media inMotion arm is looking to develop the company’s role as an airline servicing platform, with key areas of focus spanning inflight commerce, streaming entertainment, advertising, point of sale, onboard retail, home delivery, fulfilment and logistics. These are crowded areas of the market, but with some three dozen airline customers, the company’s incumbent position stands it in good stead. Runway Girl Network spoke with Thomas Rilling, director of Media inMotion, and Barry Cumberlidge, director of commercial product management, to learn more about where the company is headed.

Referencing the myriad streaming media and onboard retail solutions on offer to airlines by many stakeholders, Rilling told RGN that, “The developing trend is lots of people saying the same thing in the marketplace. I think what’s new — I guess when we go to an airline now, instead of maybe the approach we had a year ago, 18 months ago, it’s to give them a suite of options to say, ‘do you want a battery power solution, do you want a power solution, do you want an in-store system?’ And then dropping on the software that’s there. I wouldn’t be disrespectful to it, but everyone spent the last five years developing the same thing. It’s just a personal preference on the user experience side that people are choosing and looking at.”

In terms of the Retail inMotion and Media inMotion’s unique selling point, Rilling cited “flexibility, being able to say: here’s the market, choose what you want, and we can drop our own software. Controlling the user experience is quite a nice thing and can still be important in certain instances.”

With an increasing number of airlines bringing portal work back in-house, or at least closer to the house, Cumberlidge noted that “I think you’ve got that ultra low cost [model and] don’t really have the internal resources to look at that area, so they’re looking at sort of pushing everything to the vendor. But then you have the main sort of flag carriers or mainline brands that very much want to control that experience, so it’s mixed really in terms of the execution that you’re trying to do for the airline.”

“Our focus now is hardware integrations,” Cumberlidge said, “so we’ve effectively spent a big chunk of this year finding a standard way of dropping these modules on top of other people’s platforms and we’ve got two or three programs on the way that are beginning that process, so we’ve got to continue that.”

What’s fascinating from an industry perspective is that, despite the increasingly close working between Lufthansa Systems and Lufthansa Technik, the LSG Sky Chefs-owned Retail inMotion and Media inMotion brands have not been drawn into the Lufthansa fold. Indeed, it is becoming clear that RiM/MiM is being positioned apart from the rest of the Lufthansa Group for customers.

Despite LSG’s public relations team arranging the meeting with RiM/MiM executives at the APEX EXPO, the execs were stationed at a separate stand to the large space where RGN interviewed Lufthansa Systems and Lufthansa Technik, and the stand was entirely branded with RiM/MiM collateral, with no “an LSG SkyChefs company” or “part of the Lufthansa Group” to be seen. 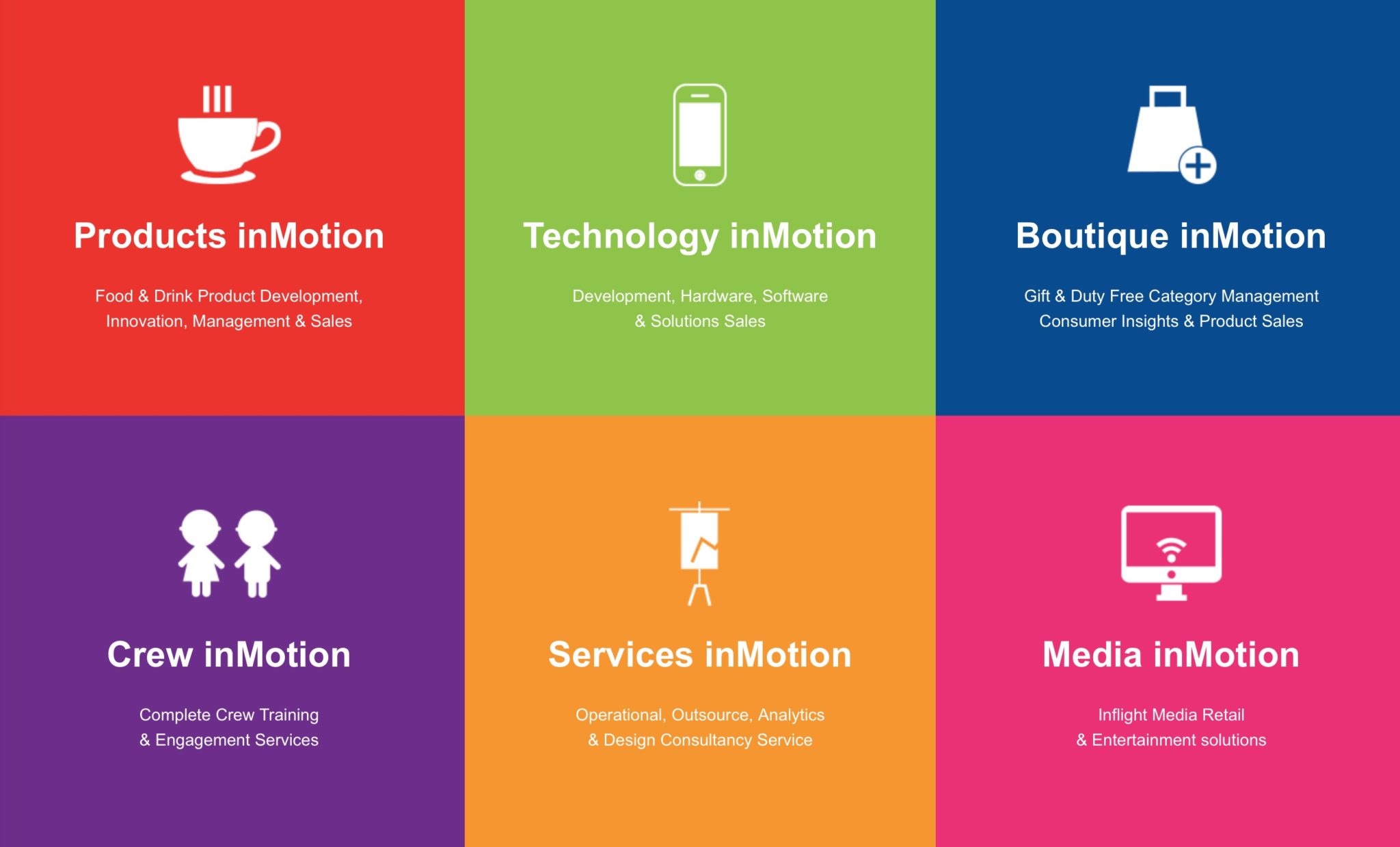 Focussing on the Media inMotion part of the RiM/MiM business, Cumblerlidge told RGN that “I think it comes back to the point where Retail inMotion have 34, 38 airlines running vPOS [point of sale units] and we have to be hardware agnostic to the marketplace to deliver the services, just as Retail inMotion are as well. So it’s the brother or sister has that approach, it’s not just supplying Lufthansa group, they clearly have airlines that we want to talk to because there’s a crossover, but the reality is that there’s lots of other airlines in the marketplace that we serve.”

When asked whether there was a strategy behind the branding differential, Rilling said “Not really. In principle, we are independent in that sense, so I don’t see why there would be a benefit to have Lufthansa branding, you know? Otherwise, we’re independent.”

Part of this is surely because of RiM/MiMs solid existing customer market, including most notably Ryanair, which remains at mutual loggerheads with Lufthansa-the-airline, and might not be delighted to be reminded of RiM/MiM’s current corporate parentage. As Cumberlidge confirmed, airlines that compete with Lufthansa prefer seeing a brand that doesn’t have Lufthansa on it.

A long goodbye to the “Chauffeur-Drive” premium airline amenity