Consider, for a moment, the area often defined on airline route maps as “Indian Subcontinent/Indian Ocean”. The airlines based in the region aren’t exactly known for their service, or their seats, or their food, or their entertainment, or their reliability…so you could say that a little effort goes a long way. One carrier actually putting in such an effort is SriLankan Airlines, with details that position its economy class among the world’s best. Hear me out.

Having only fully joined the Oneworld Alliance in early 2014 (and as the first carrier from the Indian Subcontinent to join an alliance), SriLankan still feels like a relatively new option for travelers flying into or through the region. Their partnership and codeshare game is strong, and travelers might not realize there’s a SriLankan segment in their itinerary until they’re on board and happily sipping a cup of Ceylon tea. That’s not such a bad thing, as there are very good things in store for economy passengers on SriLankan.

The economy seats are similar to those seen on Singapore Airlines and still have some cushion to their backs, supplemented by complimentary pillows and blankets on the airline’s longer routes. It’s after sitting down and getting settled that the bonus feature is discovered: flip-up footrests! These are becoming rarer and rarer, even on airlines flying some of the world’s lengthiest routes, but the simple pedal-style rests do make all the difference in comfort for passengers who have already had a long travel day. 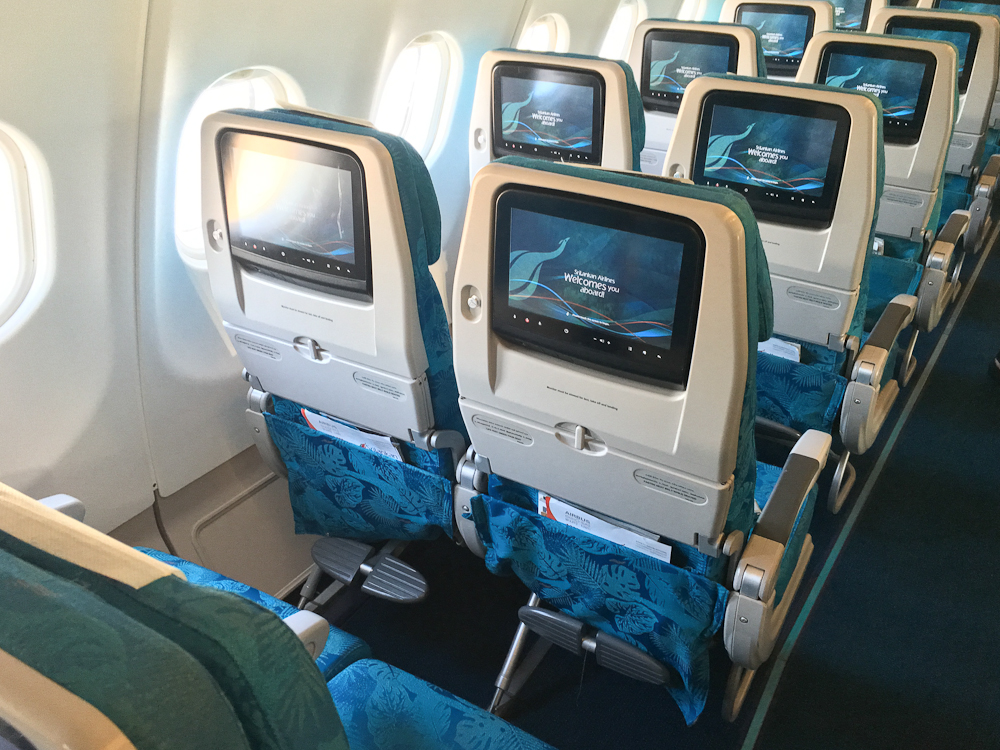 The economy cabin inside a SriLankan A330-300 (note the footrests). Image: Cynthia Drescher

Business isn’t such an easy sell, as the cabins vary. SriLankan has an all-Airbus fleet, and it’s their A330-300 that’s the most desirable. Outfitted with their newest business class, introduced in October 2014 along with the receipt of the first of the type from Airbus, the seat is reverse herringbone 1-2-1 configuration and a real delight for travelers used to flying the older, less private products of other airlines based in the region.

Although all of SriLankan’s widebody aircraft feature personal video-on-demand, scoring one of SriLankan’s A330-300s means being entertained by Thales Avant IFE. This Android-based system has HD, capacitive screens chock full of international content, South Asian, Southeast Asian, and Chinese features, and even a channel dedicated to showing only music videos by Sri Lankan artists. The airline is also the first in South Asia with inflight Wi-Fi, offering OnAir connectivity on their A333s.

Good: Attention to detail and culture

This traveler has only ever experienced gracious, genuinely pleasant service from the cabin crew on SriLankan, but even if the service is lousy the curries will be good. Even in economy, the cabin crew attempts to help passengers celebrate a special occasion, such as with birthday cakes and mini bottles of sparkling wine. 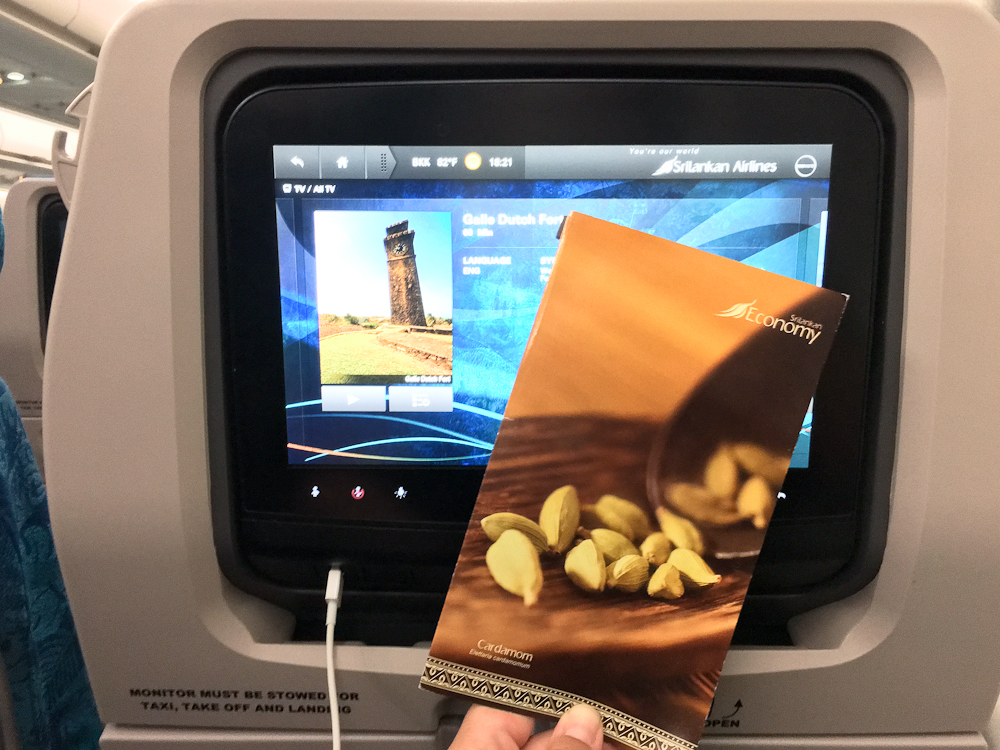 Every SriLankan flight also imparts on the passengers tiny tastes of the airline’s home. The peacock-print, turquoise Kandyan sari worn by female flight attendants is visually interesting and, if you can break your focus on coveting the beautiful cloth, you’ll notice that the cabin crew greets embarking passengers with the Sinhalese “Ayubowan” greeting and joined hands held near the sternum, a gesture of respect.

Don’t snooze through the tea service, either; true Ceylon tea is frequently served in all classes, though business class does get a few more tea choices and a mock silver service presentation including the entire teapot and tools on its own tray. 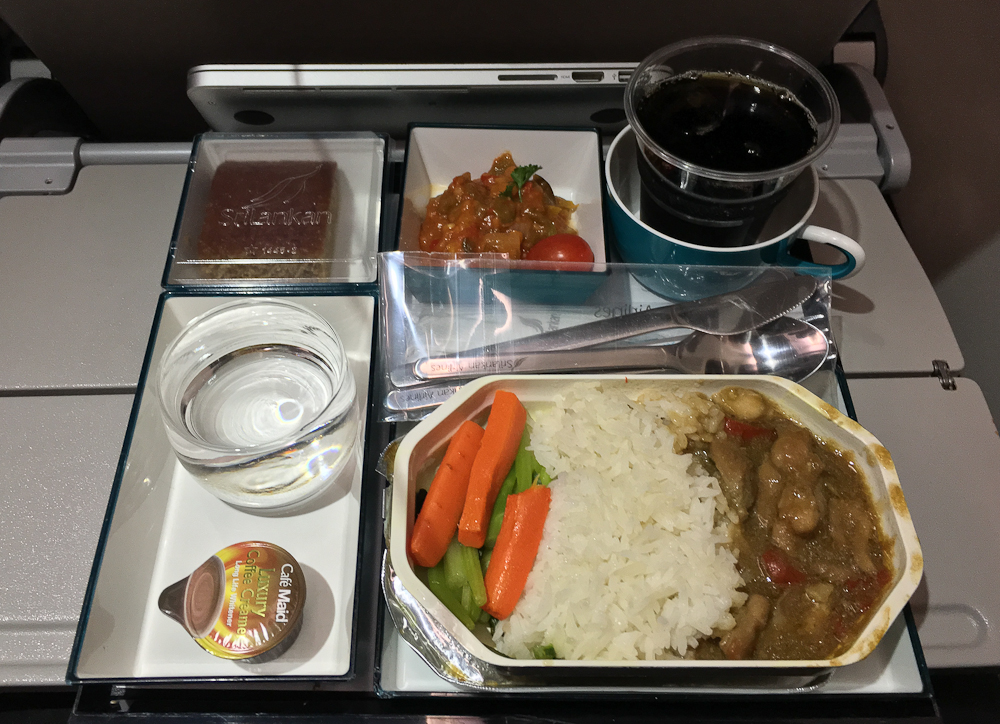 Oneworld frequent flyers will find SriLankan a good value. For example, on American’s earn chart, even the cheapest SriLankan economy fare still nets 25 percent base miles and 0.50 elite qualifying miles. To contrast, booking the cheapest economy seat on Cathay Pacific right now earns an AAdvantage member absolutely zero across the board. For those booking award tickets, Sri Lanka sits in “Indian Subcontinent” on the American Airlines chart, which is a 40,000-AAdvantage mile one-way trip in economy from the United States. As far as mileage awards go, that’s actually quite a good value to travel the 9,000 miles to this island on the other side of the world (and enjoying American partner airlines like Etihad or Qatar Airways before you get to the SriLankan segment).

If you’re already in the region, the best value on SriLankan routes comes from using Avios, the award mile currency of British Airways, Iberia, Aer Lingus, and more. This journalist speaks from experience, having exchanged 12,500 Avios and $35 in lieu of paying $600 for a one-way from Hong Kong to Colombo and 4,500 Avios and $35 for a one-hour, one-way flight from Male, Maldives to Colombo, pricing at $350 (though this popular route can be as low as $120 during off-peak times).

All of these points mark well for the airline, but there are some issues that stifle their growth or otherwise cause passengers to book away to competitors. These are a few:

Colombo’s Bandaranaike International Airport (BIA) is a single-runway operation, which is already not ideal for an airline’s hub. On top of it all, this one runway naturally requires maintenance, and major repairs, which caused the runway to be shut down for most of the daylight hours over the last several months. This pushed major international departures to inconvenient hours, some as late/early as 3 or 4 a.m., and delivered tired travelers to stressed facilities in the night. This also put a premium on morning departures from Colombo, those flights that left between the crack of dawn and 8 a.m., before the airport shut for the day, or it meant transferring passengers would have to apply for the (free) transit visa and clear immigration to spend 12 hours wandering around until they could re-enter for the evening departures.

Fortunately there is a new passenger terminal and fresh infrastructure under construction, but for now the nearly 9 million passengers BIA serves each year face long waits, overcrowded seating areas, and a dearth of options for entertainment or refreshment. It says something when you’re more comfortable on the plane than you were in the airport.

While the economy cabin is a comfortable ride no matter the aircraft with SriLankan, business class is another matter. Unless you’re flying on one their seven Airbus A330-300s with the newest, 1-2-1 reverse herringbone, seats as previously mentioned, it’s a sad experience of old, 2-2-2 configuration angle-flat or fully flat seats with no at-hand personal storage. The amenity kits are also a letdown, being unexciting Crabtree & Evelyn products when Sri Lanka is a center for Ayurvedic therapy; an inspired choice would be to partner with the luxury Spa Ceylon brand, headquartered in Colombo, for body care products. 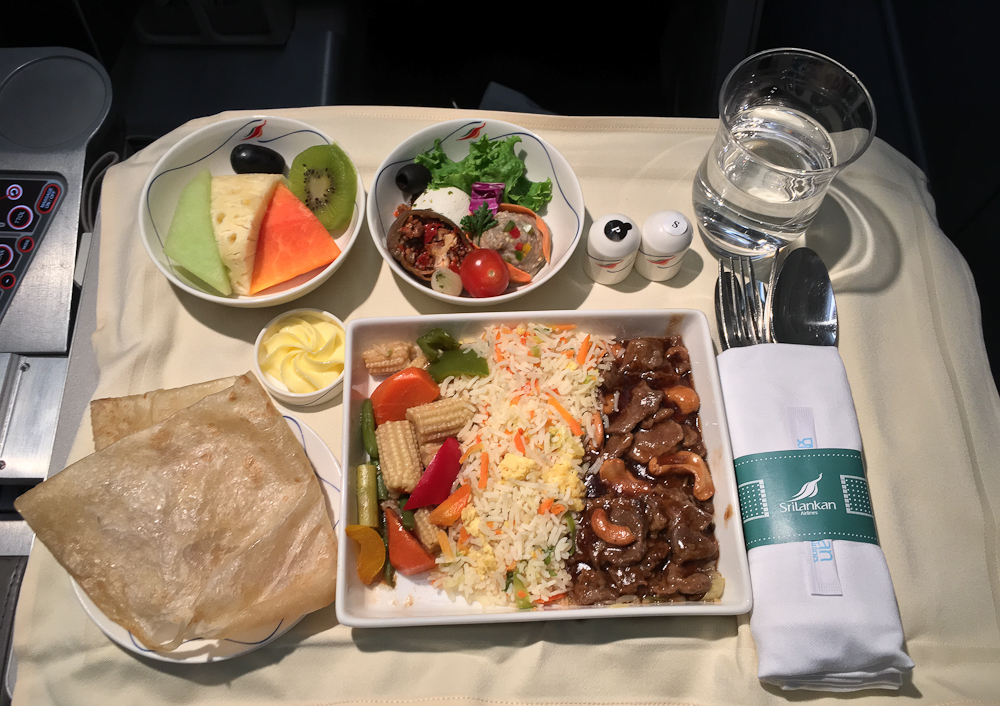 For as good of a regional network as SriLankan has, their long-haul routes are lacking. London-Heathrow is their premiere route, and the only one stretching west from Sri Lanka beyond the Middle East. Looking east, SriLankan flies to Tokyo and Beijing, but relies on connections to partner airlines in Singapore or Kuala Lumpur for service to Australia and other points in Southeast Asia. The airline boasts “over 100 destinations in 47 countries,” but undoubtedly their strength is solidly regional, with the vast bulk of their routes operating from Sri Lanka to India and the Middle East.

On the other hand, SriLankan offers a few intriguing routes that make exotic itineraries easy. From December 2016, the carrier became the first international airline to serve Gan Airport (GAN), in the south of the Maldives. Shangri-La Hotels and Resorts, whose Villingili Resort is one of the most distant from Male International Airport and a mandatory, pricey seaplane transfer, now becomes easily accessible by speedboat from Gan’s airport. The hotel chain saw the value and quickly introduced a “safari by land and sea” package linking their Sri Lanka and Maldives properties via the new air route. Anantara Hotels and Resorts arranges similar between their Sri Lanka and Maldives properties (via SriLankan’s flights to MLE) and, for those truly desiring sun, sand, and sea, Four Seasons Resorts can make a trip encompassing both the Seychelles and the Maldives a reality. 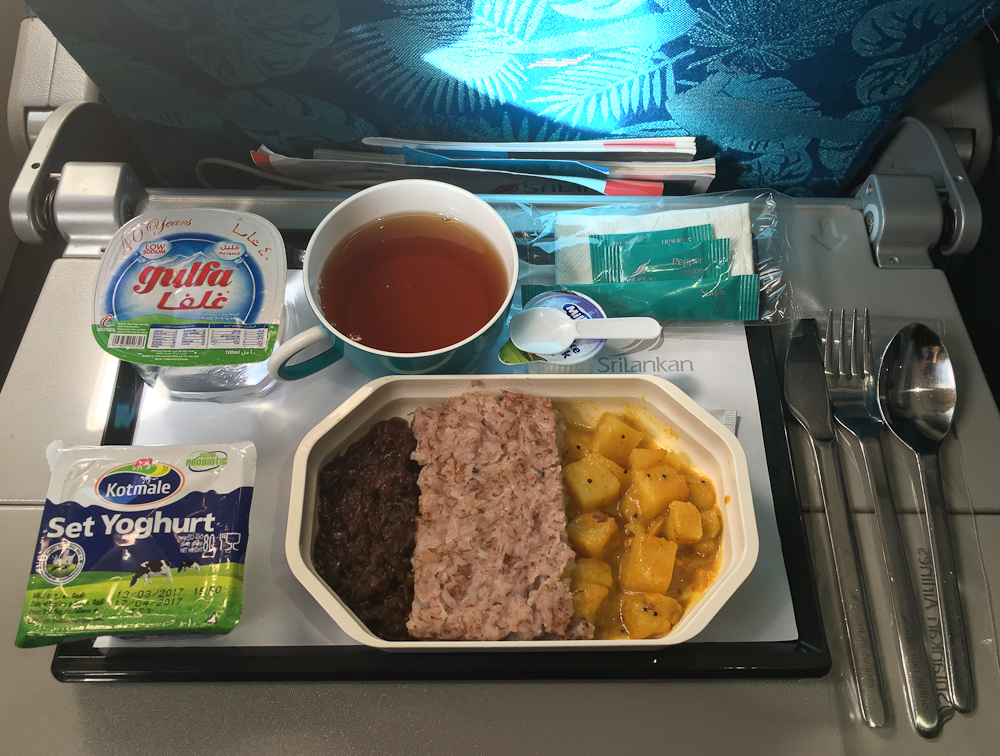 This meal was served on the one-hour hop from CMB to MLE. Image: Cynthia Drescher