In a wide-ranging conversation with RGN, company president Ryan Stone shared his thoughts on the product roadmap and when we can expect to see various milestones achieved.

In addition to the original test sites in Florida, SmartSky now has a pair of towers in the Midwest and a trio near New York City. One of the frequent comments made by skeptics has been that SmartSky’s service will struggle in regions of high density RF noise. The build-out near New York is, according to Stone, part of the plan to show early in the process that noise will not be a problem. “With our beam-forming it is one beam to one plane. As a consequence of that you’re not sharing the signal and so you can maintain the bandwidth. We wanted to show that (lack of) impact,” he says.

Stone is also optimistic about the ability to quickly move from a handful of towers today to the couple hundred needed for the full CONUS coverage footprint, saying, “We go on existing cell towers. We go in the real estate the tower company owners didn’t even know they had for sale because who would want to be on the middle of the tower. We just need to be above the tree line.” The company is overshooting on the tower plans to start, knowing that some will ultimately not work out as expected. Still, the focus now is far more on the relatively straightforward deployment process rather than hardware design and engineering. 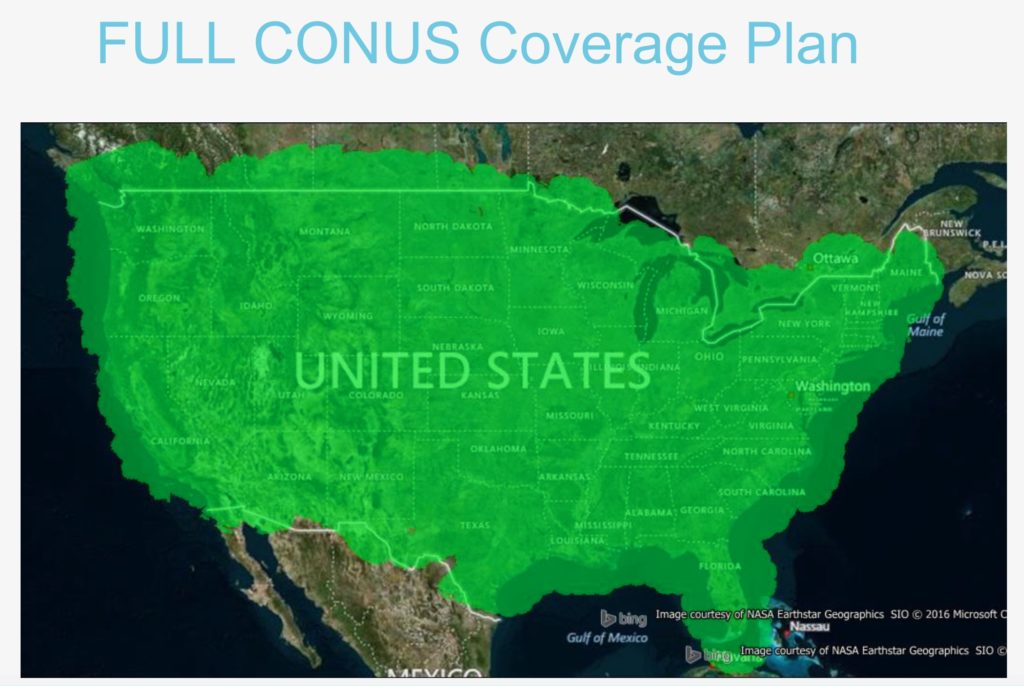 SmartSky boasts that it will have full CONUS coverage. “This is a truth in advertising map,” says Stone. “That spot [in Texas] – there is no air traffic.” But SmartSky can always add a tower if ever needed.

It is also worth noting that the technology is not limited to the US market. Because the 2.4GHz spectrum rules are similar in most jurisdictions around the world, the company believes this technology could be useful elsewhere eventually. Certain markets in the APAC region are most appealing today though Stone acknowledges, “We need to get this one built first before we do anything else anywhere.”

RGN was somewhat surprised to learn that a Boeing BBJ platform is one of the first aircraft to see the installation and STC process in action. That is a larger frame than anticipated by some observers, who reckon the CONUS-limitations of the initial SmartSky platform would make it less compelling for large jets. Stone expects that it will be several months before the STC is issued and PMA will follow after that. “Most of the STC projects that we have contracts with all the partners for [will] kick off at that point. Because you have a lot of the data from the first [STC], it makes the subsequent ones easier and faster to do. That’s the strategy,” explains Stone.

Regarding the timing to get to STC on the various platforms, SmartSky believes the schedule is holding with respect to the business plan, even if it is slower than the company would prefer. “It is in line with what we expected which is slower than we hoped,” says Stone. 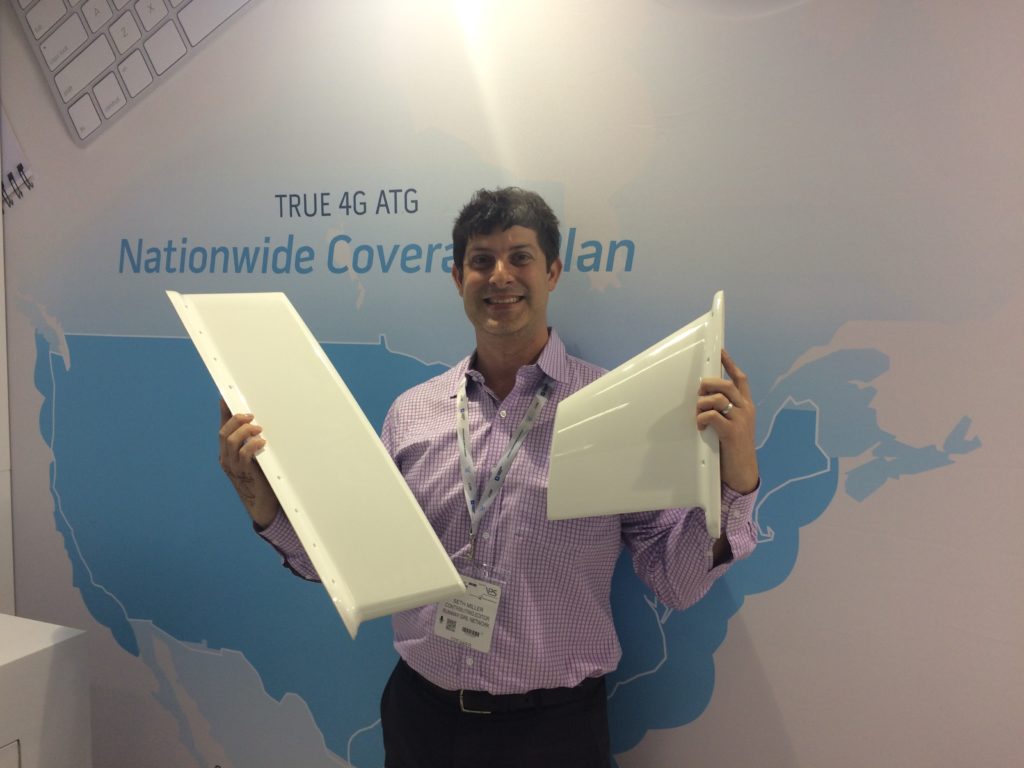 January test flights on the company’s Cessna Citation Excel left early adopter customers spectacularly optimistic; and they offered up superlative reviews that “performance of the system was the best I have ever seen,” or “I think it opens up a huge opportunity in aircraft that we haven’t seen before and to be able to get live data into and out of the airplane, I think that is something that is going to be groundbreaking.” That’s good news for SmartSky but getting into the commercial aviation space could be even more significant.

That one of the first STC projects is a BBJ gives the company a solid path to other 737 implementations. And Stone says the push into the commercial sector is strong right now. “Our intent would be to announce something this year relative to commercial aviation. We would like to follow that up in 2018, probably the second half of the year, with a service launch.” That’s an impressively aggressive timeline.

Much like the rest of the industry today, Stone is keen to focus on the operational benefits of the connectivity platform, beyond just happy passengers. And he believes that the company’s platform is uniquely positioned in that space, particularly in its ability to offer more symmetrical data flow. “For operations you need a strong return link. That’s one of the things we have. Being able to get that traffic off the aircraft at high bandwidth is unique.” 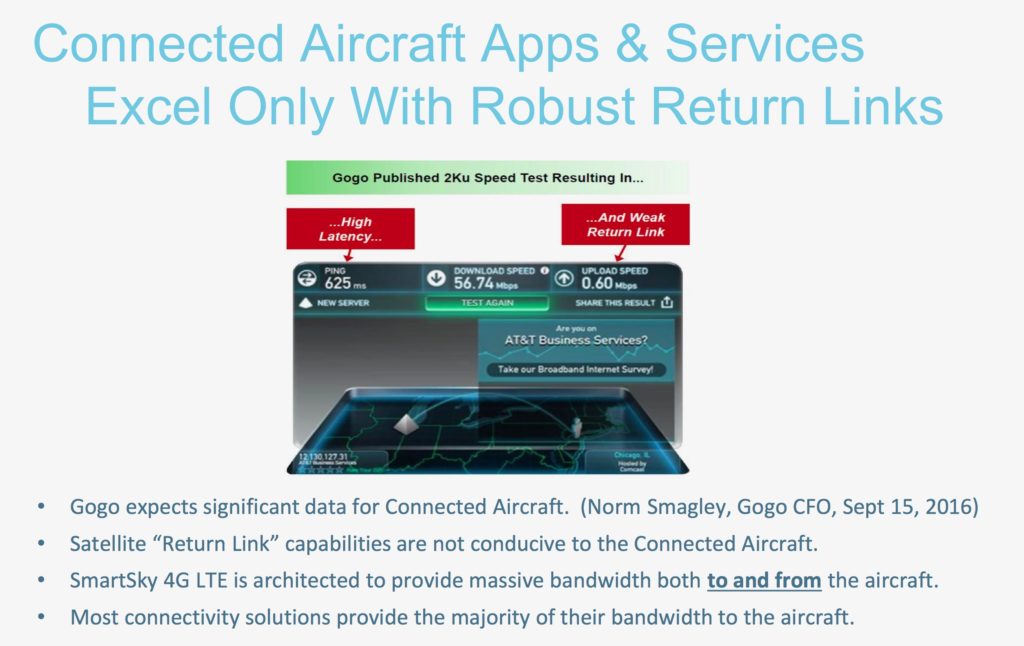 SmartSky suggests that its solution will be superior to Gogo 2Ku. Image: SmartSky

Stone expects to parlay that value proposition into an ecosystem that allows for applications to be built around the operational data that SmartSky transports off the plane. His goal is an offering that opens up the various data feeds to third party developers to build applications based off real-time, easy access to large volumes of relevant aircraft operational data. This could potentially scale beyond just SmartSky-connected aircraft.

The firm has released a video, with testimonials about the service on board its test aircraft. 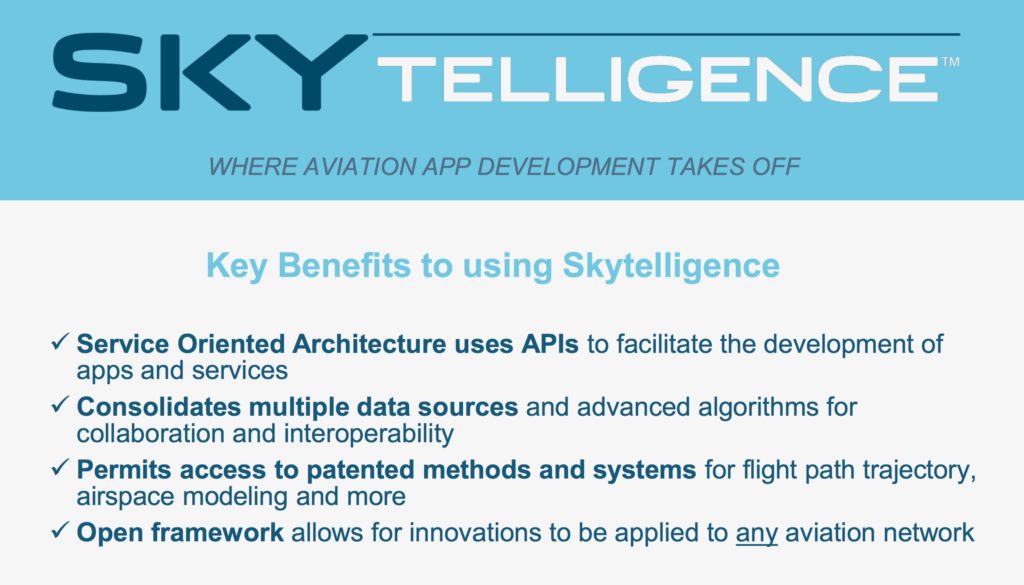