For airlines looking for a quick way to swap seats between higher-density economy and more spacious Eurobusiness-style seats, Recaro is now offering the Airbus A320 Smart Cabin Reconfiguration system (which bears some similarities to the flexible aircraft seat arrangement concept pitched by industry veteran Peter Bishop years ago). RGN demonstrates the new A320 seat system below.

Premium seatmaker Stelia is keen to explore whether your seat can help you relax when you get on the aircraft.

Even with the number of health and movement tracking wearables and apps we use, Stelia head of marketing Claire Nurcombe says, passengers are not always aware of the level of stress they’re under. Imagine if your seat, therefore, could sense and adapt to your current needs. Can the seat create that “…ahhhhh” moment for you?

How can a passenger customise their seat — without affecting others nearby? Image: John Walton

What technologies could help with automatic wellbeing? How can the wider passenger experience reduce stress before passengers arrive on the aircraft?

And, thinking into the far future, would the passenger experience be as customisable as this?

Global Eagle Entertainment can offer up to 34 channels of live television to airlines today, but the inflight entertainment and connectivity firm intends to bolster that figure to a choice of 70 channels, RGN has learned.

“We’ve got a lot of rights [to sports channels] we’re not using,” says company chief commercial officer Wale Adepoju. These include rights for regional-specific live sports, such as Australian rules football and ICC cricket.

While Global Eagle’s Ku-band connectivity hardware supports IPTV – Southwest Airlines is a high-profile customer of the service – the firm can offer its portfolio of live television channels over other broadband systems should an airline request it, notes Adepoju. It is even willing to work with airlines carrying lower-bandwidth connectivity solutions to bring one-off sporting events to passengers.

Global Eagle says it has the rights to broadcast Australian rules football.

“Under the arrangement, Global Eagle will provide a full lineup of movies, TV shows and music via seatback, overhead and wireless IFE systems on Qantas’ 200-plus entertainment-equipped aircraft. Jetstar passengers will enjoy the feature-rich lineup on seatback screens aboard the airline’s growing fleet of 787s,” says Global Eagle in a statement.

Hawaiian Airlines and JPA Design are unveiling their collaboration on the airline’s forthcoming Airbus A321 aircraft today at the Passenger Experience Conference.

Sixteen first class recliners — which seem to be the standard B/E Aerospace model seen on numerous airlines in both widebody premium economy and narrowbody business/first class examples — feature ahead of a bulkhead in the current Hawaiian brand’s brown interior style. 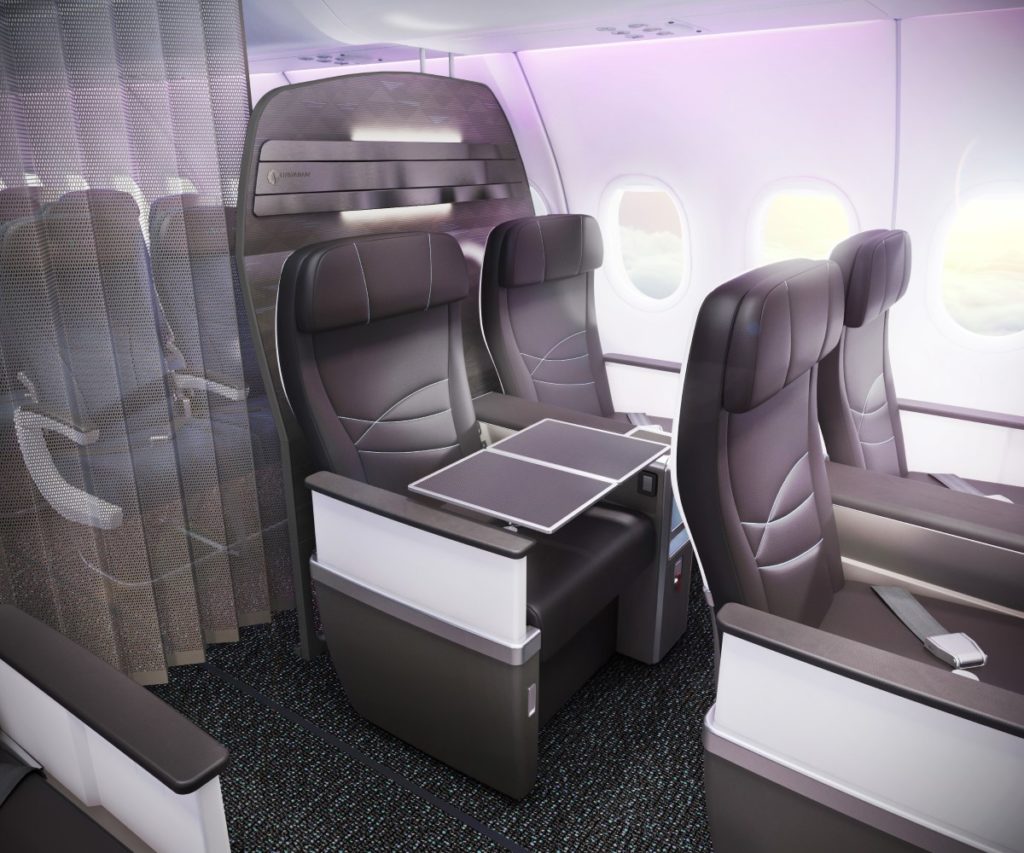 Behind the bulkhead, all of which appear to be zig-zag models that enable a few inches of extra space to be eked out from the cabin, sit an impressive 45 Extra Comfort seats, which “will offer five more inches of legroom, priority boarding and other perks”.

“New to Hawaiian’s guest experience, the A321neo will feature wireless streaming inflight entertainment,” the airline says, but has not yet revealed any information about Internet connectivity. The wireless IFE will be provided by Panasonic Avionics.

It is also unclear why there are no doors 2 shown in the mockups, nor visible overwing exits (which would be an option if doors 2 were deactivated as one of Airbus’ Cabin Flex options for the A321neo. 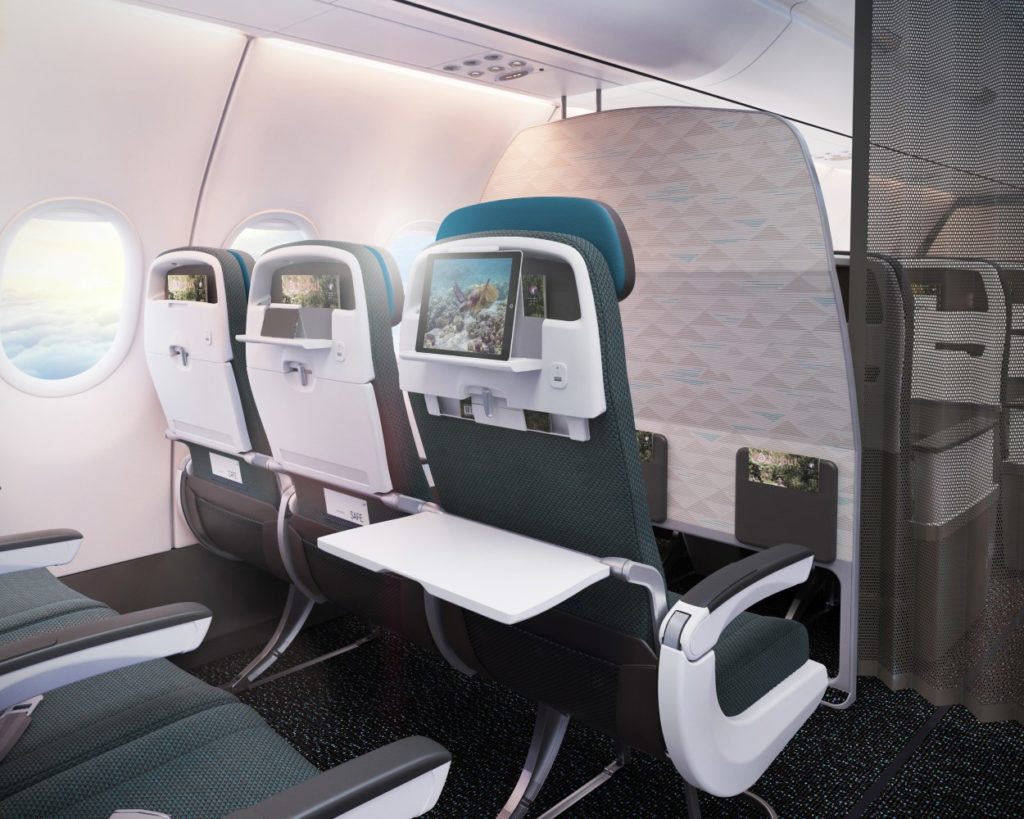 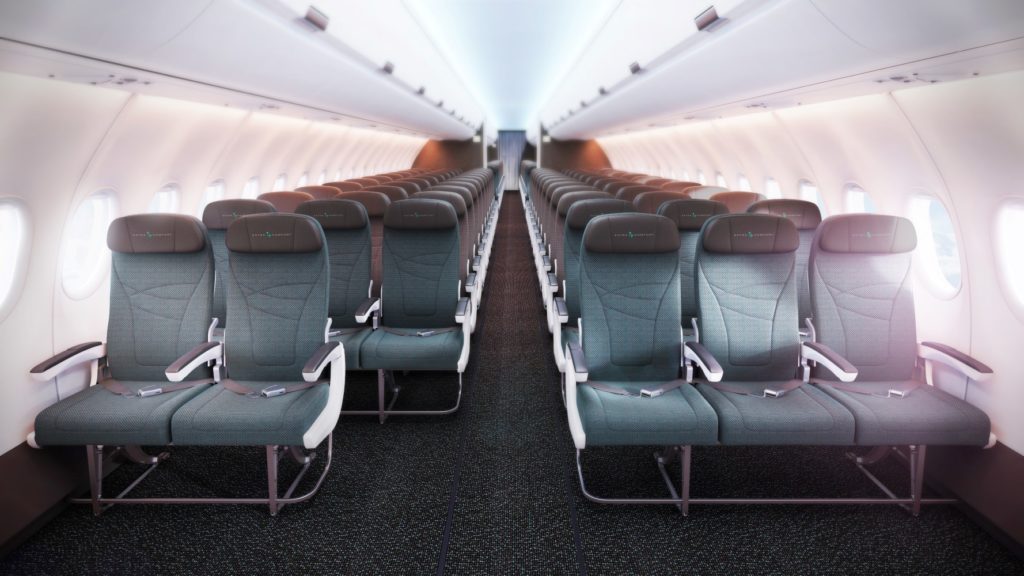 11:30am: #PEC17: finding the balance between design, engineering and usage

Dick Powell, co-founder and chairman of design house Seymourpowell, kicked off the Passenger Experience Conference with a “Designing Innovation” session.

The track names for the #PEC17 always highlight #PaxEx trends: Generating Revenue, Comfort and Wellbeing, and The Connected Journey. pic.twitter.com/ZgS3Lf4Enu

Some of the talk was, perhaps, unsurprising.

Summary of Dick Powell's #PEC17 Blue Sky keynote: Designers are gods that are key to innovation and solving problems. #paxex

designers aspire, but often neglect the practicality of things. have they used the products they've designed and not feel frustrated at it?

But what is innovation, and how can airlines start making innovative changes to the passenger experience?

Some #PaxEx truths here. See also these three recent examples from my last month on the road. #PEC17 pic.twitter.com/qTWZXjYaTh

Dick @Seymourpowell’s point, though — that new #PaxEx, like new Axe cans, needs whimsy and delight — is a really valid one, though. #PEC17 https://t.co/pWmEnkb6MN

And what kind of passenger experience did attendees enjoy — or not — on their way to Hamburg, especially in the wake of United’s cancellation of the “AIX Express” from Newark to Hamburg?

I´m curious how many decision makers have the full-fledged passenger experience and went to #pec17 on the cheapest seat of their company. 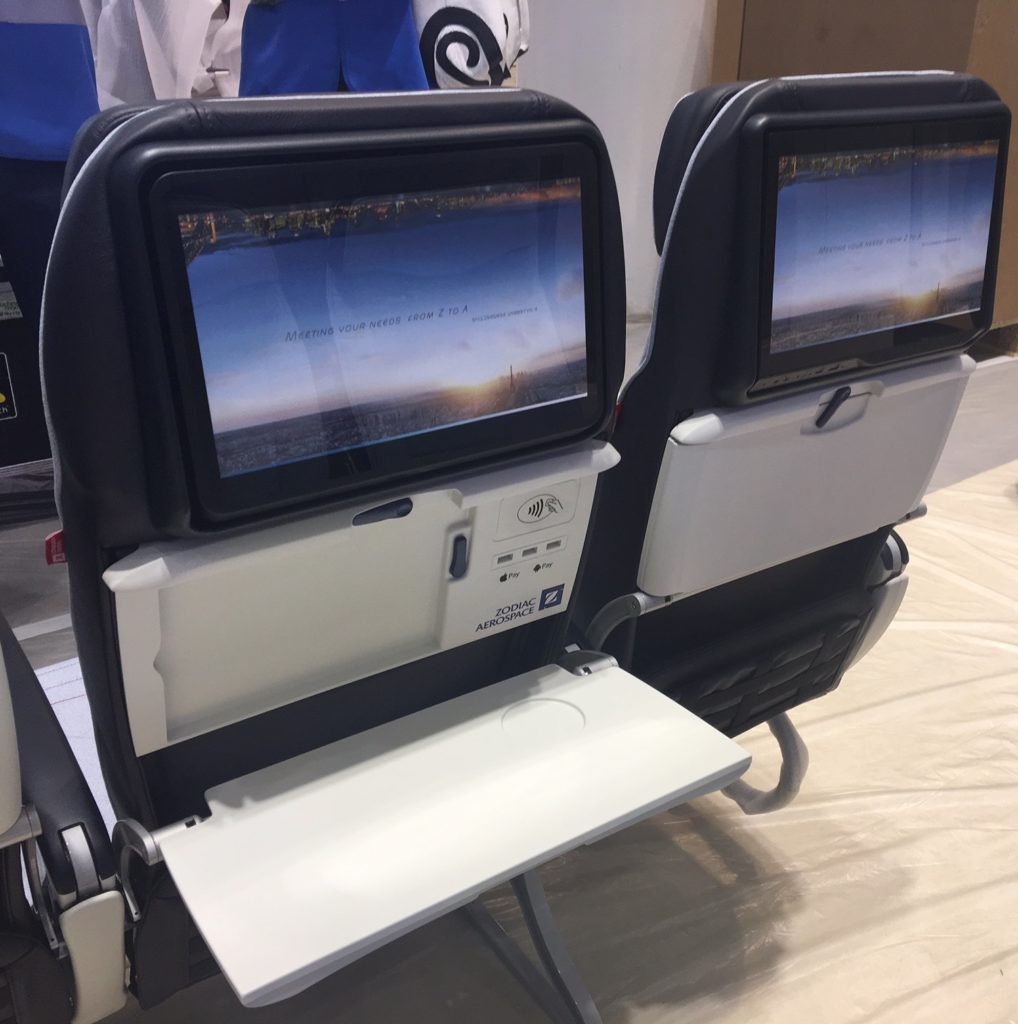 Zodiac says it is ‘IFE agnostic’. The Z400 can feature IFE from Panasonic Avionics, Thales or its own unit, Zodiac Inflight Innovations.

Intriguingly, the Z400 – which RGN tested on the show floor – measures in at an exact 17.4″ seat width, which is precisely the seat width that Boeing said it would be able to offer customers selecting 10-abreast 777X configurations. 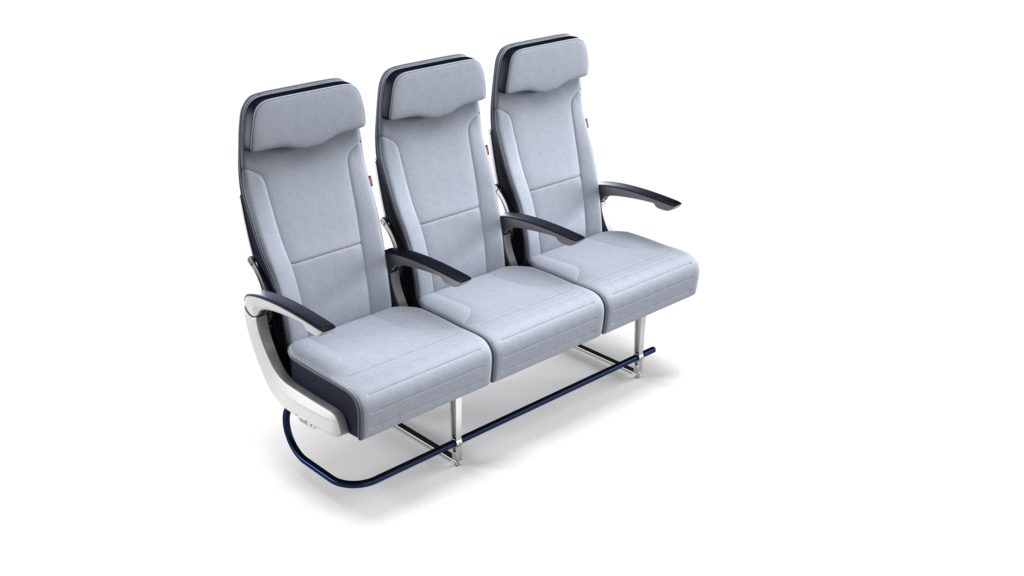 A front view of the Z400. Image: Zodiac Aerospace

Headed into AIX this week, Runway Girl Network is able to confirm a piece of inflight connectivity news that had previously been postulated. In October 2016 Rockwell Collins announced a significant deal to deliver the Inmarsat GX solution on at least 125 aircraft from a “leading short and long-haul European airline”. At that time all signs pointed to Norwegian as the customer for the inflight connectivity service together with Rockwell Collins’ PAVES wireless inflight entertainment solution.

Honeywell, the vendor supplying the JetWave Ka-band connectivity hardware that delivers the GX connectivity, removed doubt from the supposition when it recently added Norwegian Air Shuttle to its list of airline customers. Norwegian has 108 737 MAX, 30 A321LR, 70 A320neo and 27 787-9 aircraft on order and the initial 737 MAX aircraft are known to be coming into the active fleet without connectivity installed.

In opting for Inmarsat GX connectivity, Norwegian will have two connectivity suppliers. It currently offers Global Eagle Ku on its domestic Boeing 737s.

Meanwhile, the launch of ViaSat-2 and Eutelsat 172B in late April is also now officially delayed, pending resolution of civil unrest in French Guiana. The two satellites were expected to launch on an Arianne 5 rocket on 25 April 2017, but that timeline could slip into mid or late May (or even later), depending on when the Kourou facility is able to resume operations.

Launch delays are not uncommon these days but typically have been caused by systems failures, not labor issues. Both SpaceX and ILS have seen multi-month shifts in their bookings due to failures in the past couple years. Arianespace was a stalwart option, though also typically a more expensive one. The company delivered its 77th consecutive successful Ariane 5 launch in February, placing Brazilian and Indonesian satellites into orbit.

Inmarsat chose to move its S-band satellite launch from SpaceX to Arianespace with an expected date of 28 June. While it is difficult to project out three months and the impact to that launch timing, any extended labor issues at the Guiana Space Center could push that timing later into the summer.

Virgin is Alaska’s new weapon in US premium transcon battle