Even with something of a culinary revolution taking place in the air, the humble airline salad remains all too often a forgotten pile of unloved leaves, doused in an acidic vinaigrette or a dull cream dressing, pushed aside after a single forkful.

Ever the subject of aviation apocrypha — which airline removed a single olive from their 1980s salad plate, and how much money did it save? — salads have been steadily disappearing from complimentary airline meals, even while buy-on-board offerings have skyrocketed in both availability and interest in many parts of the world.

Your columnist recalls a fresh, citrusy, protein-filled salad on an Icelandair flight from the economy buy-on-board menu, ranking a personal onboard salad best matched only by the Korean Air first class salad trolley, which rolls down the aisle allowing passengers to select individual vegetables and fruits to be arranged precisely on an elegant plate before being faultlessly drizzled with a selection of dressings. The yellow peppers go at three o’clock on the plate. 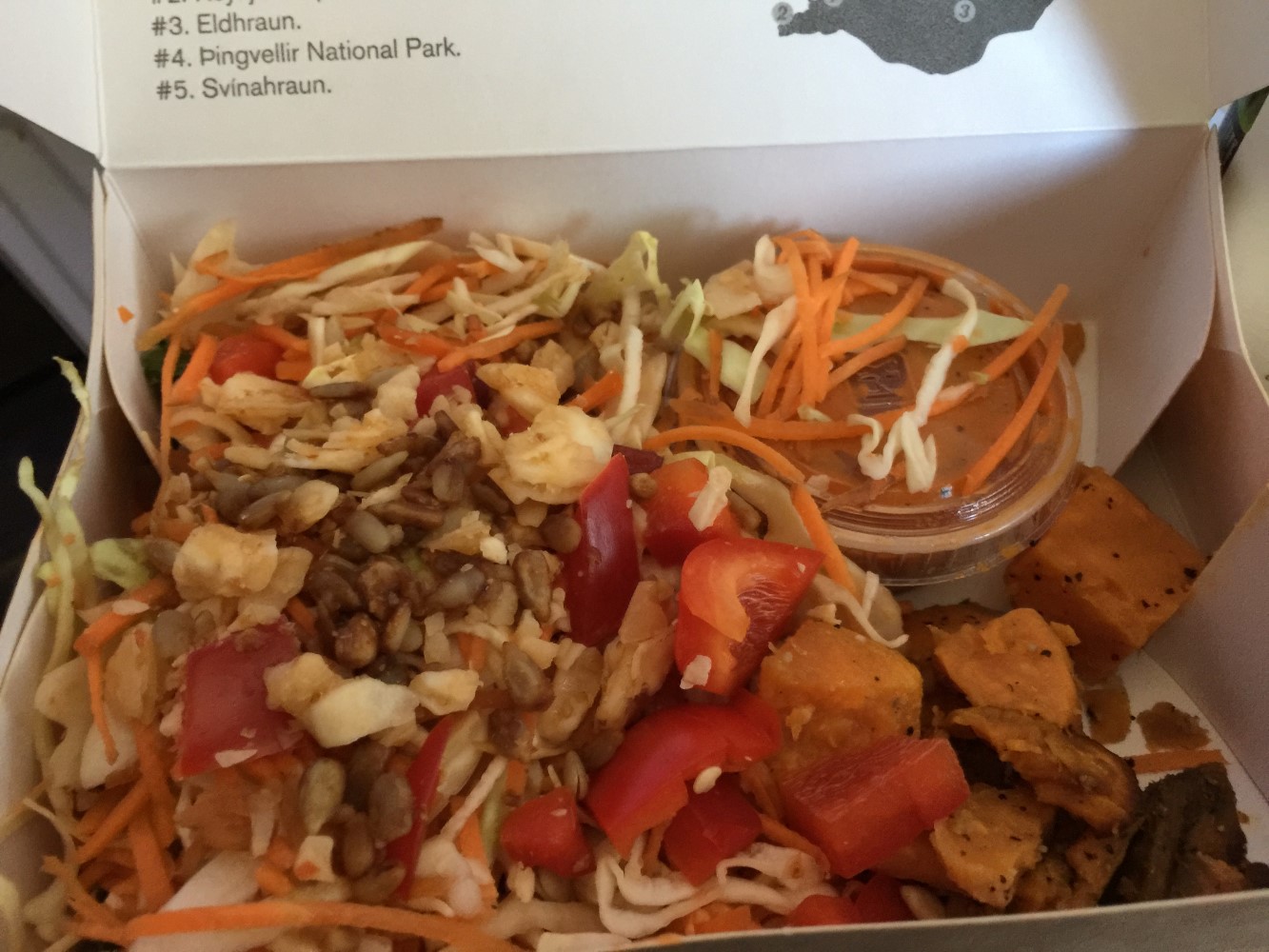 Yet all is not rosy in the leafy pastures of saladland. Despite being a massive fan of bruschetta, and an advocate for that kind of fresh, flavour-centric, umami-laden Italian cooking at altitude, it’s all to easy to recall much sadness the pile of leaves and some bread with an unpleasant, barely seasoned smear of tomato that was presented as an “arrival meal” on Swiss between Zurich and JFK last year. 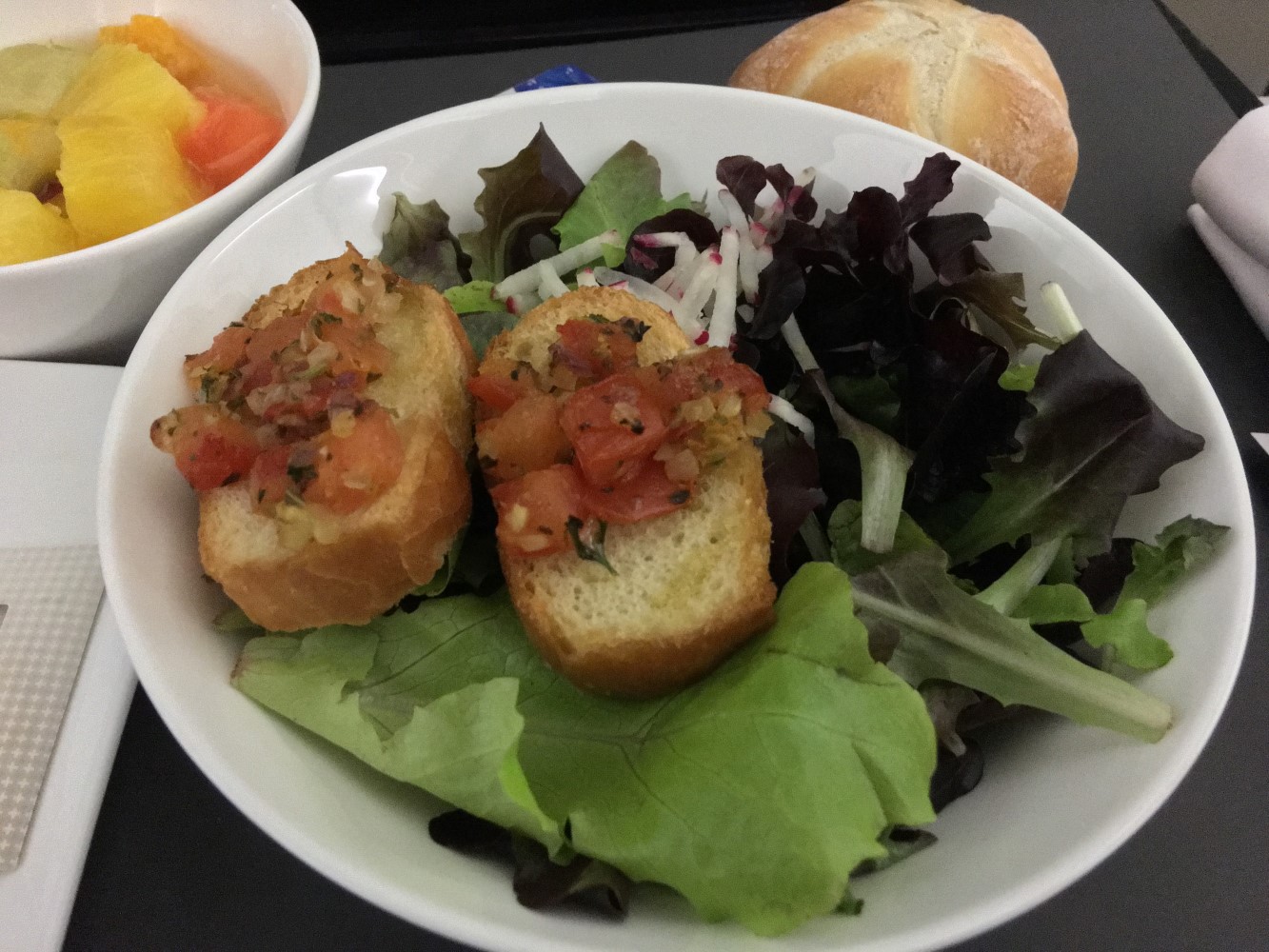 As a salad this was mildly okay but two soggy toasts on some undressed lettuce is not a meal. Image: John Walton

But there are bright, crunchy sparks of flavour too. Runway Girl Network recently sat down in Hong Kong with Gate Gourmet and a team of inflight specialists from Hong Kong Airlines, Asia’s World City’s challenger carrier, to taste our way through six new salads up for selection for the airline’s next set of menu rotations in its business class — a product which had recently not met with acclaim on RGN.

Arugola with sweet strawberries. Romaine with cucumber and tart grapefruit. Cos with halved multicoloured tomatoes. Frisée with shredded crunchy vegetables. A protein-packed assortment with broccoli and mushroom. Arugola, again, this time with two types of melon and feta cheese. Each with its own hand-crafted dressing — although the airline execs noted that, for some outstations, a pre-packaged option is significantly easier, logistically. 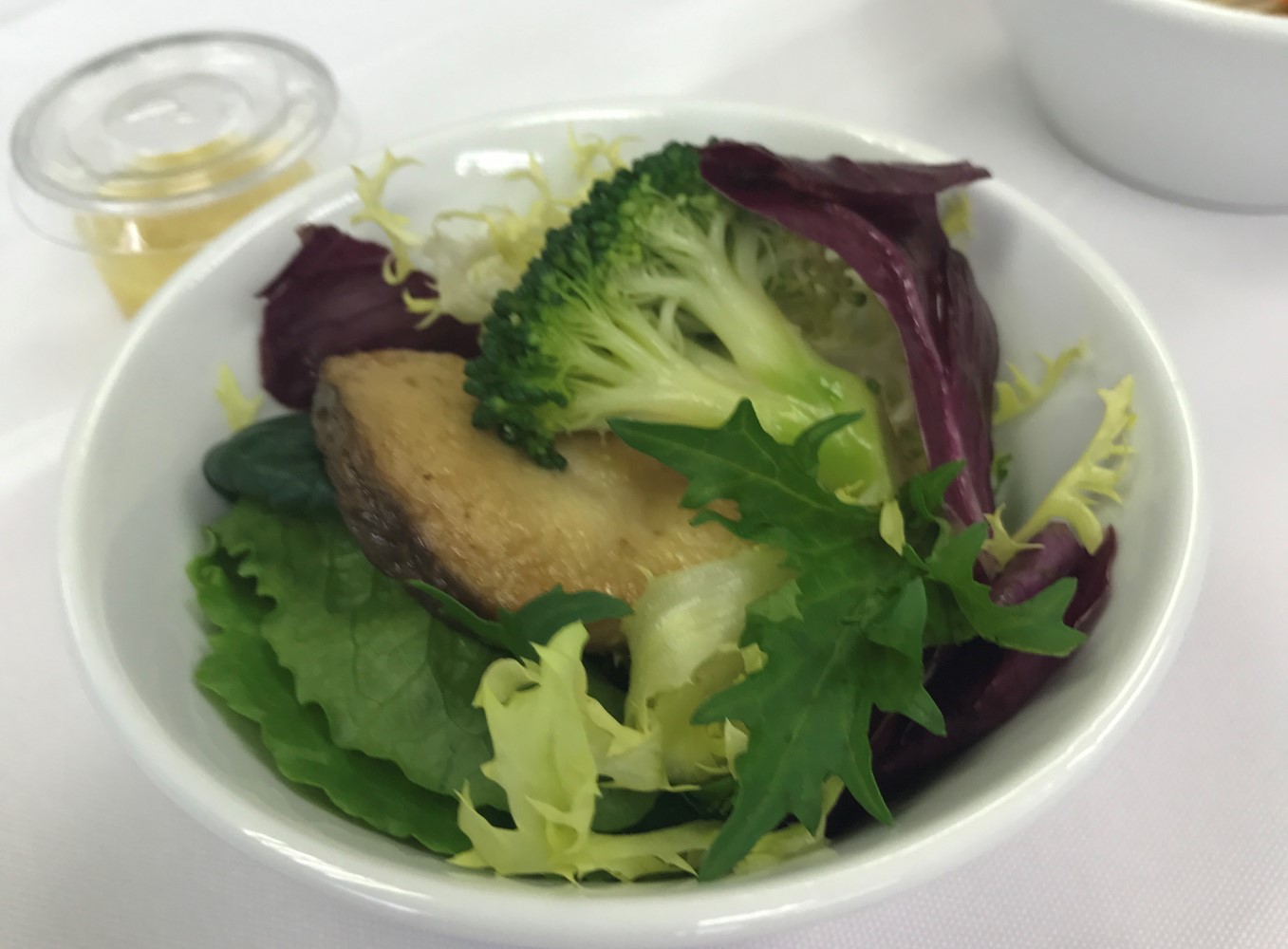 The broccoli and mushroom protein focussed salad was a winner for the RGN judge. Image: John Walton

Each salad was well above average compared with others recently experienced in first class, let alone business, especially with contrasting flavours and textures in the dressing. For example, the melon and feta was matched with a creamy, mouth-filling option, while a tahini-dominant dressing went perfectly with the high-protein mushroom-broccoli salad. 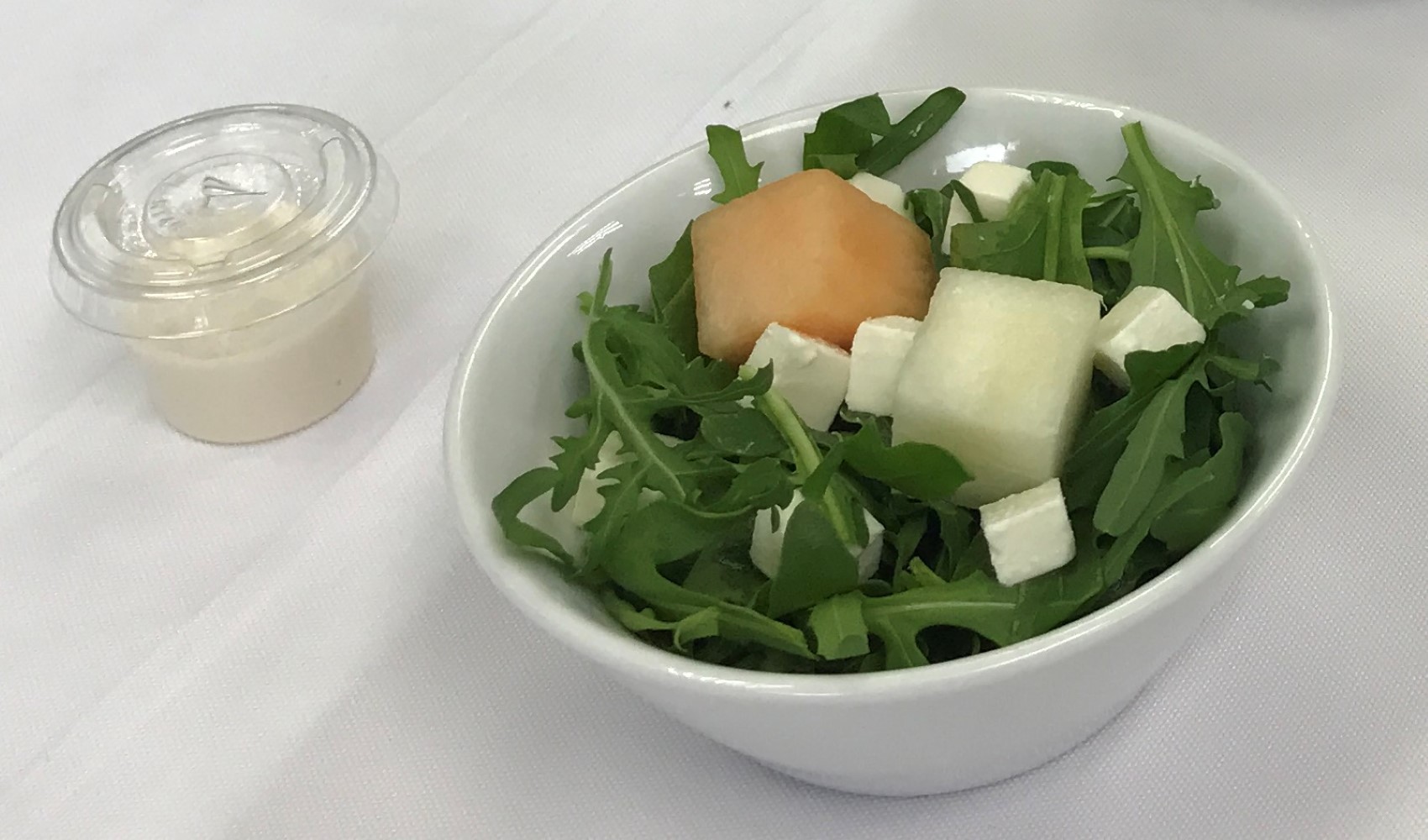 Interestingly, these options are to be among Hong Kong Airlines’ first salads. Catering to its local market, fruit or another local specialty (like the soba noodles from Osaka) was the small plate presented with the appetiser in previous menu iterations at the beginning of the carrier’s international expansion.

It was fascinating to observe the discussions between the airline and its caterers, and indeed the wider selection process. Executives peering at the small dishes, popping a teaspoon into the dressings, examining each option in the bright fluorescent light (a much harsher judge of appearance than most airline cabins) — this felt like an evolution of the proverbial olive decisions, although of course the actual olive decision is now taken by the catering supplier rather than the airline, for the most part.

Does a floret of broccoli or a cube of melon really change the passenger experience? Not by itself, of course. But a dozen florets, or cubes, or slices of mushroom, or wedges of grapefruit, or chunks of feta, are part of showing that an airline has taken pains to design a service for them, rather than just picking options A, B and C off a list of lettuce-tomato-cucumber combos. It’s a sign of an airline that cares enough to care about salad. And that’s likely to be an airline with good passenger experience. 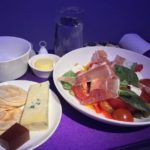 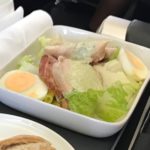 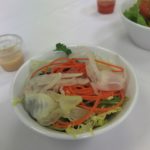 Salads with crunch and something surprising are a pleasure for passengers. Image: John Walton

On shorthaul Swiss flight this bresaola with crunchy pickles just about qualified as a salad. Image: John Walton 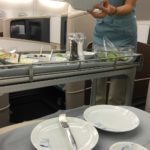 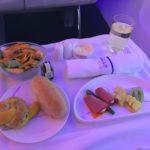 Air Astana’s salad could have been a little more delicate but was tasty enough. Image: John Walton