Economy passengers might think that 2017 will be another year in the wrong direction as far as comfort in the onboard passenger experience goes. The pattern of previously upmarket airlines converting previously comfortable 3-3-3 Boeing 777 configurations into the narrow 3-4-3 layout isn’t changing, and the Boeing 787 is still the tight 3-3-3 for every airline except JAL.

But the news isn’t all bad. Passengers who really care about comfort will have more options than ever to put their money where their knees are, whether that’s for extra-legroom seats in aisles and bulkheads, economy plus-style sub-cabins or upgrades to premium economy or even, in the US, cheaper domestic first class fares.

However, with the rollout of premium economy and extra-legroom economy products increasing in both numbers of airlines and numbers of aircraft outfitted, carriers will continue to differentiate their economy seats from the next step up by making the former markedly less comfortable than the latter.

While the trend toward slimline seating will continue, this isn’t always a #PaxEx negative either. Second- and third-generation slimlines are evolving to add supplementary padding where first-gen versions lacked it. Fundamentally, the reality of new tighter pitches, particularly on legacy carriers, means that the extra inch at the knee provided by slimlines is a better option than traditional seats.

As part of that trend in tighter pitches, we’ll see more seating manufacturers taking the path that AirAsia seatmaker Mirus is blazing: increasing the feature option list on their slimline and ultra-slimline seats to include AC power and USB sockets, inflight entertainment, and phone/tablet holders. 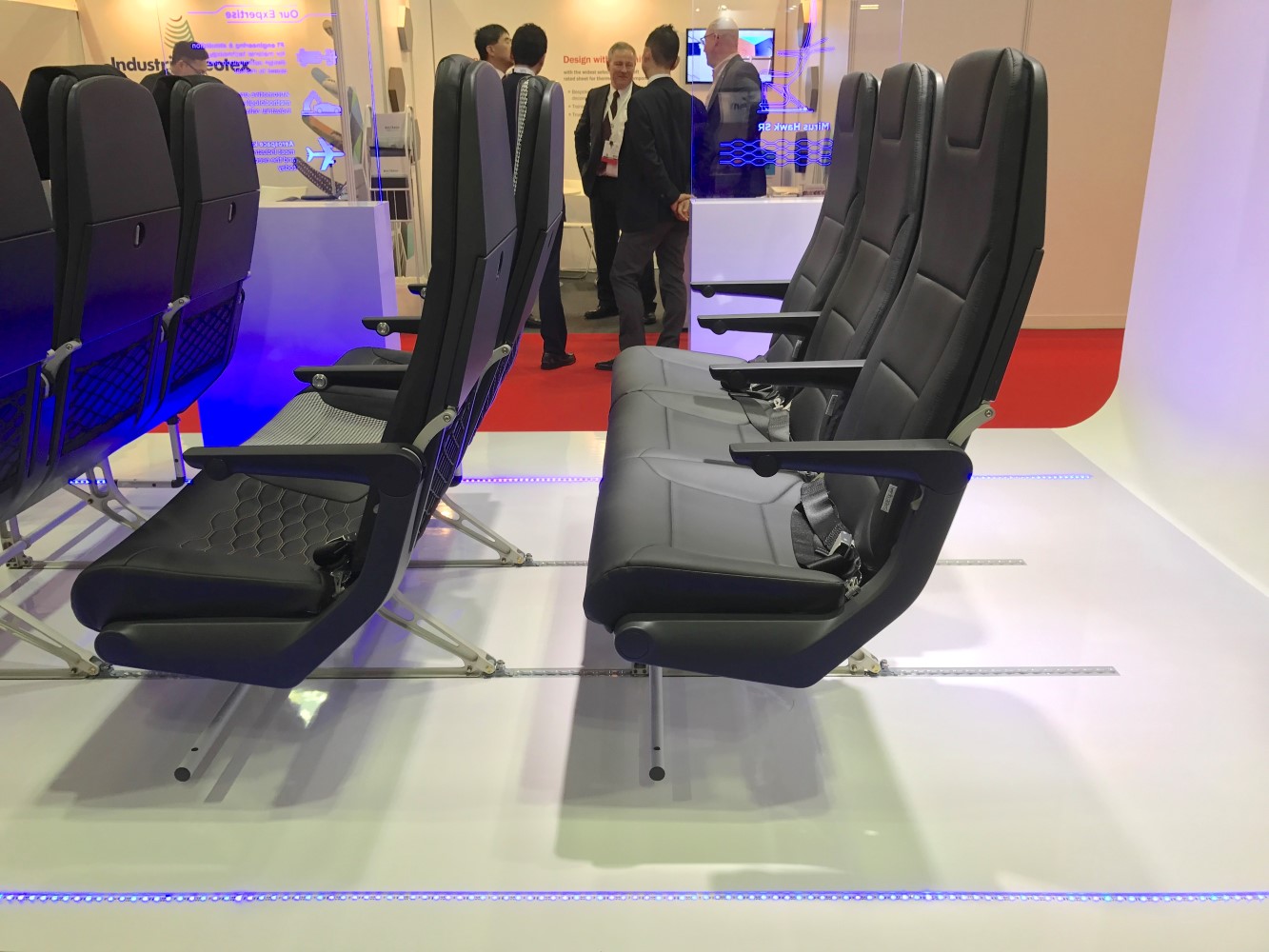 In terms of fares and pricing, passengers can expect to see more basic economy, and more froth about it, as airlines roll it out into more markets. There will be more passengers travelling in groups who are split up, with local news reports of crying kids ending up in 12B while the adults are in 27E.

While those in the know may point with understandable exasperation to the clear warnings at the point of sale about what is and is not included with basic economy, many of the passengers these fares are attempting to capture are low-information, irregular travellers, used to clicking through terms of use without reading them. Whether these passengers truly understand what they’re letting themselves in for or whether they’re chancing it to save a few bucks will be irrelevant to the general media perception. “XYZ Airlines Tricks Family Into Flight From Hell” is even more salacious a clickbait headline as “XYZ Airlines Seats Kids 20 Rows Away From Mom”, after all.

Basic economy may well not be called basic economy as it continues to roll out, though. Expect some retail psychology looking at whether to use language like “choice”, “value”, “discount”, or “bargain” among legacy carriers as they continue to chase the bottom end of the pricing market. There’s also a reasonable chance of political intervention as elected officials hear from constituents unhappy about airline service, but on balance this is more likely to finish with angry press releases rather than new regulations.

The bread-and-circuses — in airline terms, BOB (buy-on-board), BYOD and AVOD — approach to mitigating the economy class space shrinkage will continue to change, but in a cyclical way. Like many inflight amenities, food goes through peaks and troughs: it gets cut for cost reasons in the lean years (see British Airways on both shorthaul European flights and longhaul economy services) but is then reintroduced during boom times as a passenger experience differentiator (see Qantas, Virgin Australia, and Delta).

Inflight entertainment, too, is likely to refocus on seatback screens after several years of concentrating on streaming wireless video to passengers’ personal electronic devices. Growth in double and triple screening, via both seatback and wireless solutions, will continue apace, though some European flights operated by both legacy and low-cost carriers have recently concluded cabin and seating refresh programs without either.

With more choice, both real product differentiation and manufactured spin, economy class passengers will have more options than ever before. They’ll also need more help in figuring out which selection to make — and that will perhaps be the biggest opportunity in the industry in 2017. 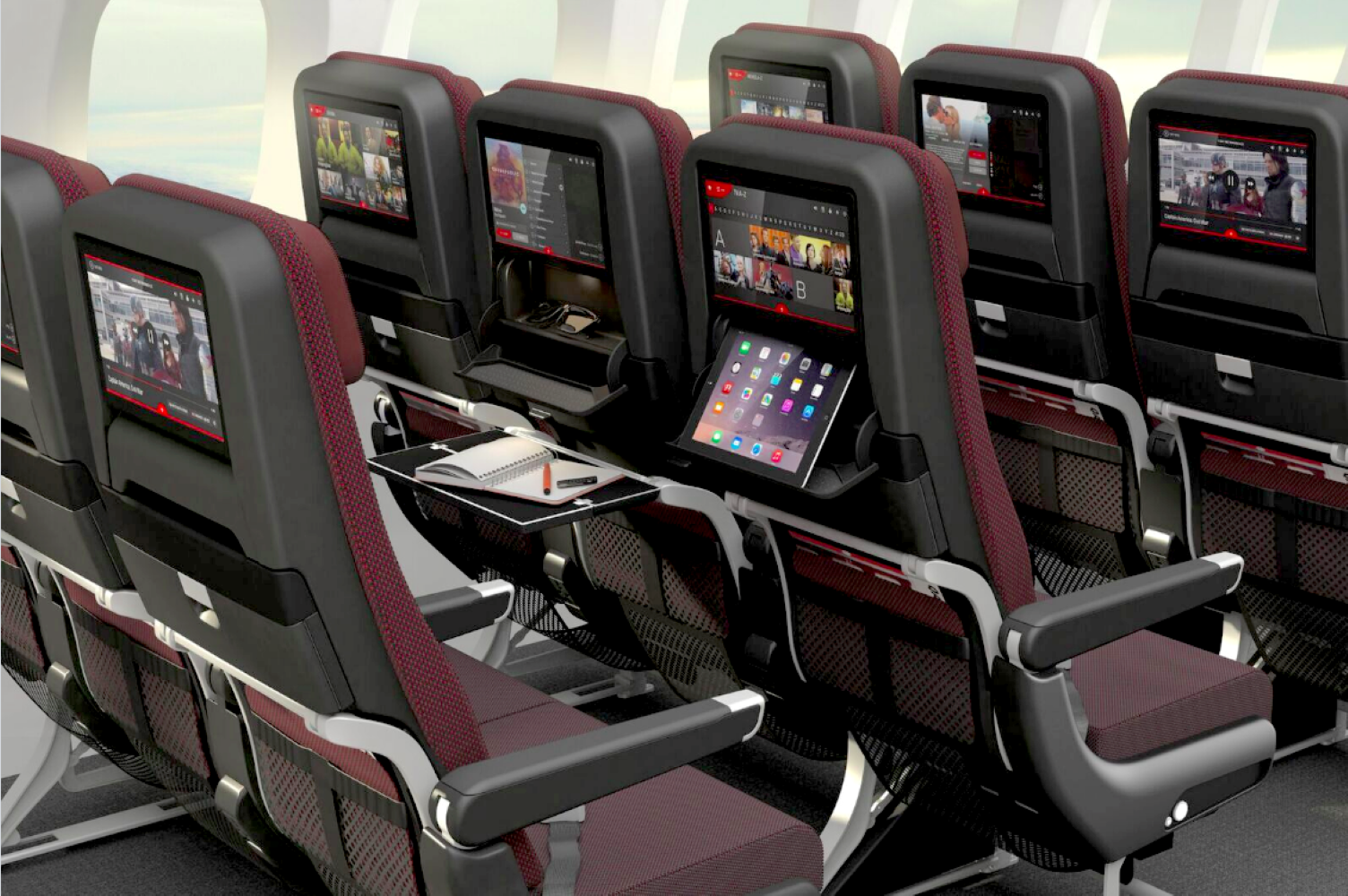 More features will be added to seats to distract from the lack of space. Image: Qantas

Pet pigs and other potential problems on planes