Almost a year to the day after the first media demo flight of Gogo’s 2Ku inflight Wi-Fi system, your author finally had an opportunity to try it under real world conditions. Or so I thought.

2Ku service has been live on a small handful of airlines for several months now, primarily on Aeromexico and Delta Boeing 737s. On a recent business trip from New York JFK to Boston Logan, I was excited to see that the A319 plying the trip was one of the few Delta aircraft equipped with the new system. Score!

Delta aircraft equipped with 2Ku feature no exterior signage next to the boarding door to alert passengers of availability, a missed opportunity to market the new speedier system. Notably, however, a small plaque in the forward galley says “high-speed Wi-Fi,” rather than just “Wi-Fi”. Ironically, I have read multiple reports of Delta crews announcing 2Ku availability on flights that do not have it installed, such as on MD-88s and 717s. To the best of my recollection, no such announcement was made on my flight.

First to board, I settled into seat 1A, so I had nearly 30 minutes to kill before we pushed back. Delta doesn’t offer gate-to-gate entertainment, so the system was locked until we were taxiing. 2Ku was activated once we started to push back, and was fully operational moments after the engines started.

Because this flight was just a short hop (187 miles for those keeping track at home), your author took advantage of Gogo’s promotion where T-Mobile subscribers receive an hour of Wi-Fi for free. This hour would cover my entire flight, from gate-to-gate. Perfect, I thought. 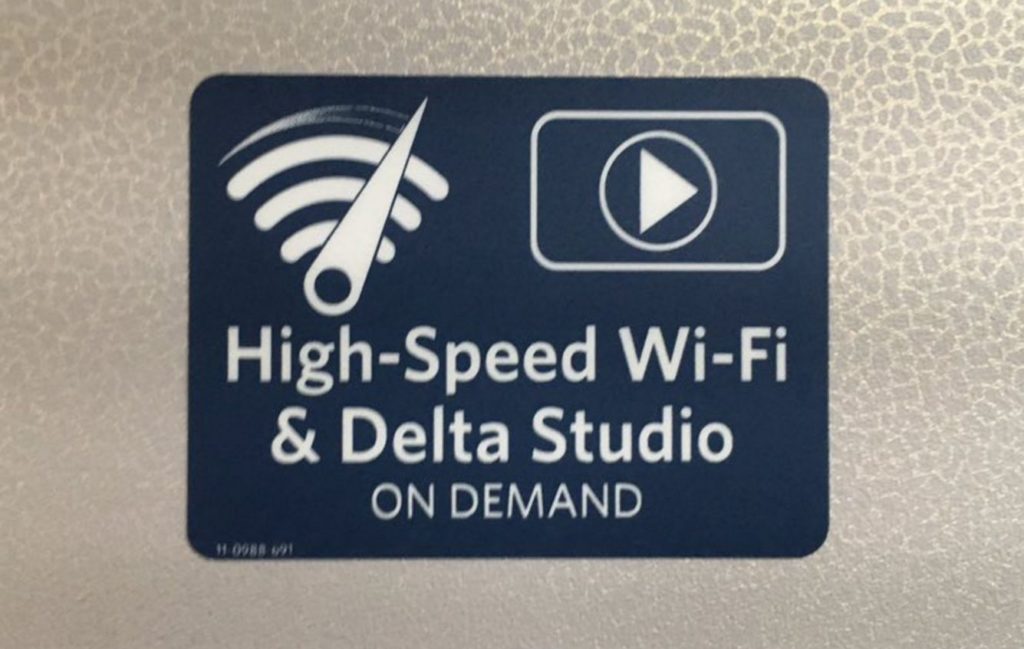 Naturally, my first stop on the web was Speedtest.net, followed by Fast.com. Both of these sites give a rough estimate of the network speed, but don’t always tell the full story.

While still on the ground, Speedtest.net clocked in at a measly 0.90 Mbps down and 0.27 Mbps up. Fast.com returned 890 Kbps. I assumed the low speed was being caused by ground interference, so I tested again after takeoff.

Speeds dropped to 230 Kbps, then 53 Kbps, and eventually rebounded to 780 Kbps. Photos uploaded to Twitter extremely slowly, and I was unable to post a four-second gif. I tried to load some streaming video and had varied success. YouTube buffered too slowly to play, even when set to automatically adjust the resolution as low as 144p. However, Netflix was able to play in its lowest resolution setting after about 20 seconds of buffering, the same level of performance I have come to expect from Gogo’s traditional Ku service on Delta.

The speed and reliability I was seeing from Gogo’s 2Ku system wasn’t making any sense. 2Ku is supposed to be capable of speeds approaching 70 Mbps, and eventually 100 Mbps with modem upgrades and the addition of high throughput satellites. It is billed by Gogo as being the #FastestInflight. What I was seeing was no better than ATG, not even ATG-4.

Well, it turns there’s a reason for that.

Gogo was quite proactive post-flight in troubleshooting my poor experience. Unbeknownst to me at the time – and I’m pretty sure to anyone outside of Gogo or T-Mobile – users of the one-hour free promotion are heavily throttled to preserve bandwidth for paying Gogo customers. 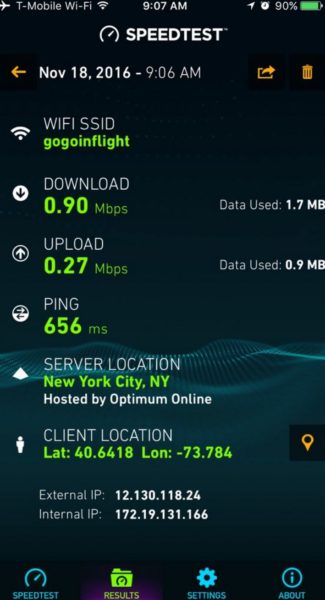 In short, the slow speeds I saw throughout my flight were artificial, set to provide the level of service a user would typically see on an ATG flight.

The T-Mobile promotion “is managed for consistency across the ATG base. Performance will be consistent to ATG, ATG-4, Ku even on 2Ku”, Gogo spokesman Steve Nolan explained.

However, he later informed RGN that the issue “was/is about to be corrected” so passengers on 2Ku-fitted flights will hopefully not be throttled going forward. Maybe next time Gogo will be able to #ShowMeTheMegabits.