Inflight power was the subject on everybody’s lips at the APEX and Aircraft Interiors Asia expos in Singapore, with the relatively new USB 3 Type-C connectors looming fast on the horizon even as USB 2 Type-B and 110V AC power sockets are spreading more widely across the global airline fleet. It’s clear that the next big pain point for the industry is going to be the transition to USB 3 Type-C power, especially as more laptops, tablets and smartphones adopt this high-power standard.

A reminder: Type-C is the new universal connector shape, while USB 3 is the standard for more power (and faster data) transfer over the new cables. The USB Type-B standard is what most people currently think of as a “USB power socket”, with power delivered according to one of the USB Power Delivery standards.

“We’ve been evangelising power for years,” notes Dennis Markert, director of business development, sales and marketing at Astronics, the industry leader. But when it comes to AC vs USB in the near future, “We see both. 110V is still alive and well. On certain carriers we see 110V and high power USB up in front (first, business, premium) and USB high power in the back. We are still seeing a plethora of 110V. Most recently we had a conversation with a number of airlines, and they still consider it quite universal. I don’t think until Type-C becomes the standard, years out, that we see that go away. I don’t think we will see that go away anytime soon.”

“I think that natural progression is why we’ve already developed the C products,” adds IFPL’s Mark Reed, director of business development, North America. “The other thing that’s against us in our industry is it takes us two to three years to get something on a plane, due to certification and implementation.”

Another challenge, Reed says: “the connector itself is actually quite fragile. Anything fragile in our industry is on death’s row from the day it gets installed. We have a system that we call Rapid Fit for our audio jacks, and if the jack breaks we can remove a cassette from the front. The idea is to make that connector, which is the only vulnerable part, removable. So, in the event of customer induced damage, we don’t have to take out the expensive part, we just change the interconnect for it. And that goes back in and we’re back on the road again real quick. We basically designed the USB-C so all of the electronics can stay in the seat and — I’m going to say when, not if, it gets broken — that [connector cassette] can be removed.” 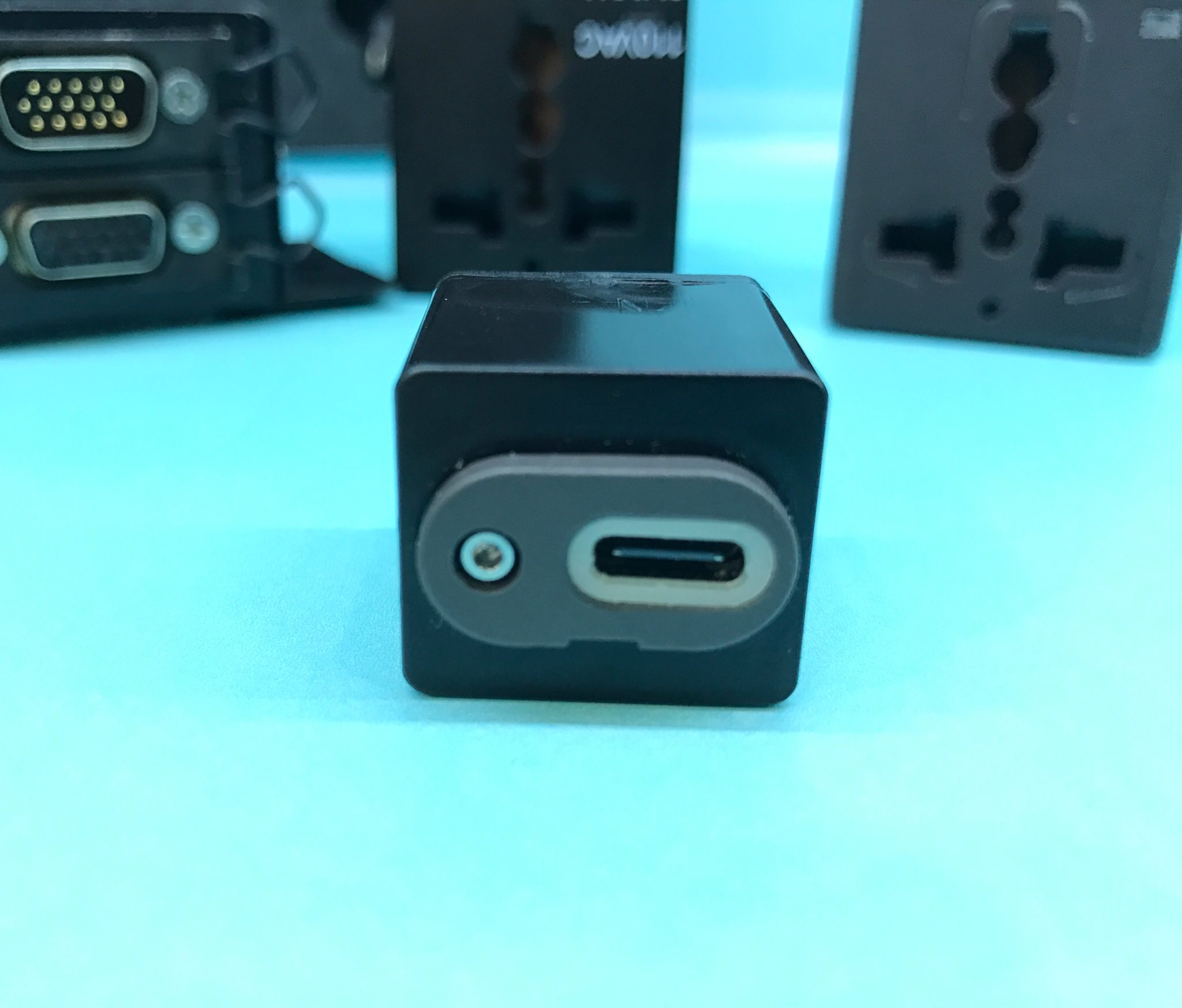 There’s a key transition ahead in power demand as well, particularly over USB. At the same time as fewer larger laptops requiring high-wattage AC power are carried on board, smartphones and tablets are becoming more ubiquitous and are requiring more power (in watts) and current (in amperes) over USB.

“You don’t necessarily need outlets capable of huge wattage levels,” says Jared Shoemaker, director of cabin programs at BAE Systems, but highlights that the current generation of cellphones charge at nearly 10V and 3A. Shoemaker’s Galaxy S7 (not the combustible Note phablet) “will charge from zero battery to a full charge in about 45 minutes. It’s significant — you’re talking 28 watts. It’s a lot more than USB 2.0.

“Devices are going along that route. Batteries are getting more dense and chargers are starting to charge a lot faster. So, if you see a bunch of passengers in the future that are plugging in their fast chargers, there could be significant wattage. Now you counter that with taking the usage rate, which is never 100%. But it really varies on route and load factor. We typically plan for any from 20 to 40 percent and we typically try to size towards the high end of that.” 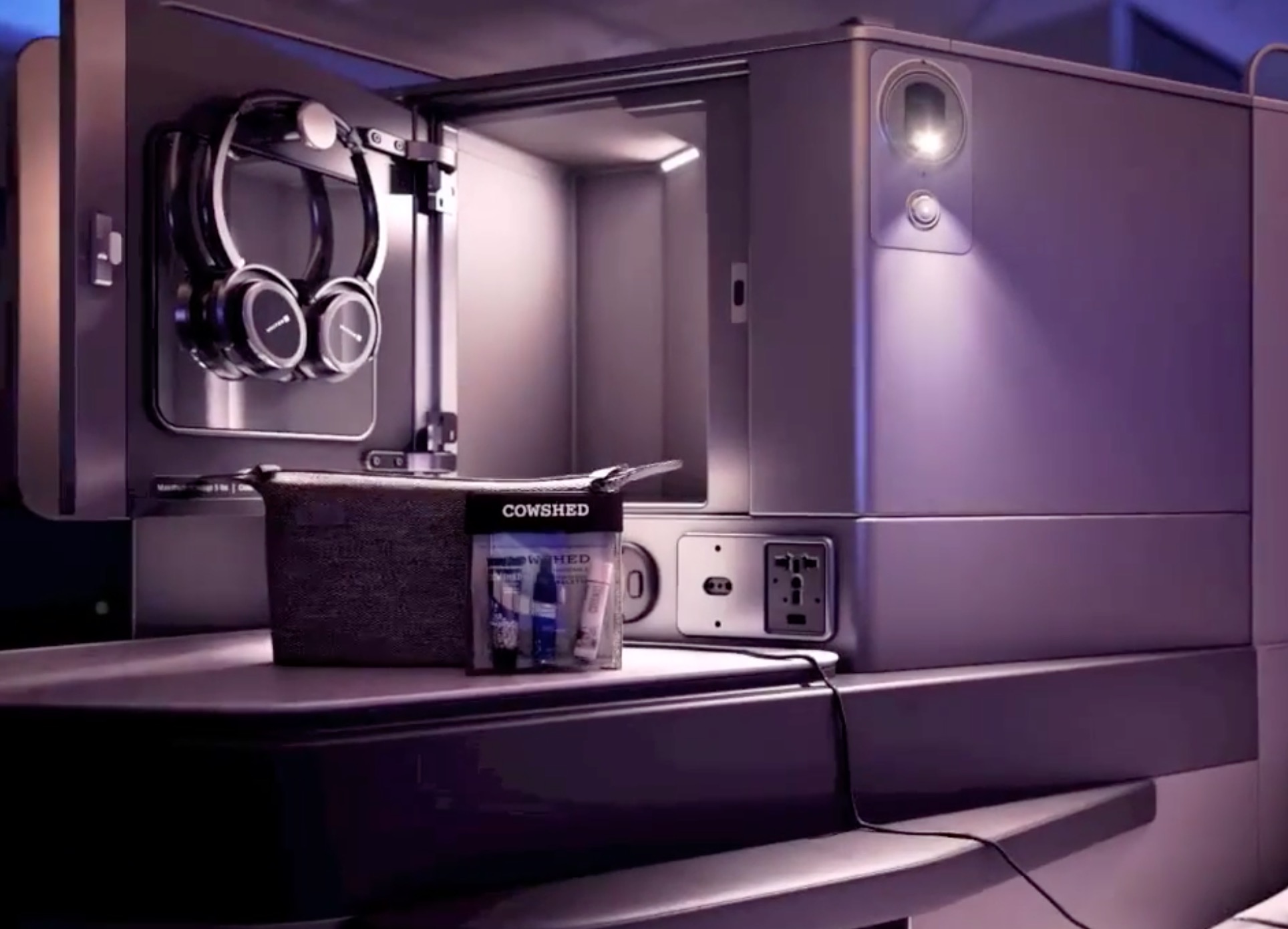