American Airlines is splitting its future longhaul fleet into a total of five business class subfleets as a result of the failure of Zodiac Aerospace to deliver the airline’s bespoke Concept D product. American’s 787-9s will get the new Super Diamond replacement, the 787-8s stick with Concept D, and the 777-200ER fleet gets split into three versions across capacity and seat type, with either Concept D or Super Diamond.

Jay Mapston, American’s manager of onboard products, cabin design, spoke to Runway Girl Network with praiseworthy candor about the airline’s current situation and plans. To start, Mapston explains the 787-8 fleet’s Concept D will see remedial stability work to fix the much-discussed issue where the seats shake when an adjoining passenger moves.

Mapston characterises this work as “to firm up the attachments to the seat tracks and to the base frames that the seats are positioned on. On the 777 version of the seat and the 787 version of that seat, because of the different width and the positioning of the seat track within the aircraft, it is a little bit of a different experience, and a different experience on different areas of the aircraft. There are certain seats on 787 where that condition is a little bit more pronounced than it is on other areas. On the 777, it’s less pronounced. So when we introduced it on the 777 we did not get the feedback or the complaints of that phenomenon like we did when the 787 was introduced. I don’t want to downplay it as an issue that we are certainly concerned with. I don’t want to say it’s not as bad as people say it is, but the truth of the matter is that it isn’t affected on all seats on most of these aircraft.”

American’s 787-9 fleet will receive the new Virgin Australia-style Super Diamond seat, although with an over-shoulder belt rather than the extra-thick airbag lap belt Virgin and B/E Aerospace ultimately settled upon after repeated certification failures. 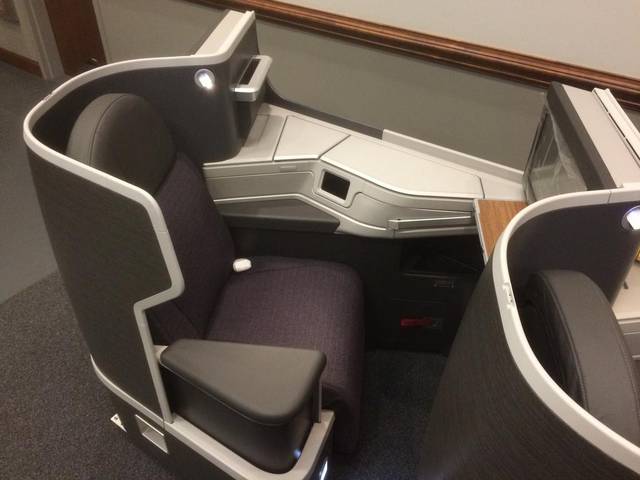 In context, Mapston says, “it’s interesting, because we’ve used air belts for years with these new kinds of seats and these different types of arrangements on the aircraft. I think it’s shifted over the last few years, where the shoulder harness is an easy route to certification. Certification of these seats is complicated. The air belt was a good solution and it works most of the time. However, it is a challenge to be successful.”

From a passenger perspective, Mapston notes, “we found that amongst customers, people are fairly familiar with shoulder harnesses in their automobile, and the same type of attachments. It actually turns out to be more favorable we found than even the airbelt. Sometimes the air belts can be a little bit bulky to have attached at all times. With a shoulder belt you only need to wear it during taxi takeoff and landing, then you don’t need it around you throughout the flight. So for a customer, it’s a little bit more of comfortable, so we like it. I would say that if these seats weren’t previously certified for the 777-200 with the air belt, we probably would have chosen to have a shoulder harness on that seat as well.”

The 777-200ER fleet will be split (rather confusingly) into three subfleets, Mapston explains.

“For the 777-200s, we actually have two variants of the cabin. One of them is a 260 seat aircraft, and one of them has 289 seats — basically it’s a difference in the size of the business class. One has 37 business class seats and one has 45. So the aircraft that has 45 business class seats, those all have the Concept D Seat, and that’s 13 aircraft. And then the rest of the aircraft, let me say that there are also 6 aircraft that have 37 seats that will also have Concept D. And then the remainder of the aircraft will have Super Diamond. And I can’t say at this point if we would change those 6 aircraft to the Super Diamond.”

Noting also that “the 777-200 retrofit is scheduled to be complete third quarter of next year”, Mapston confirmed that there is no timetable as yet to retire the Boeing 767-300ER aircraft with their IFE-less Thompson Vantage seats.

Overall, it’s good to see that American is taking passenger feedback on board, and indeed that the airline is willing to make hard decisions like reworking arrangements with suppliers that can’t deliver. But it must be noted that the approach to taking other airlines’ previously certified seats, which the carrier has done on its 777-200ER, 787-9, 777-300ER and 767-300ER, lacks innovation. While that’s relatively smart in terms of getting certified seats swiftly, it causes eyebrows to be raised when a seat certified by another airline — and not customised by American — is by American’s team. 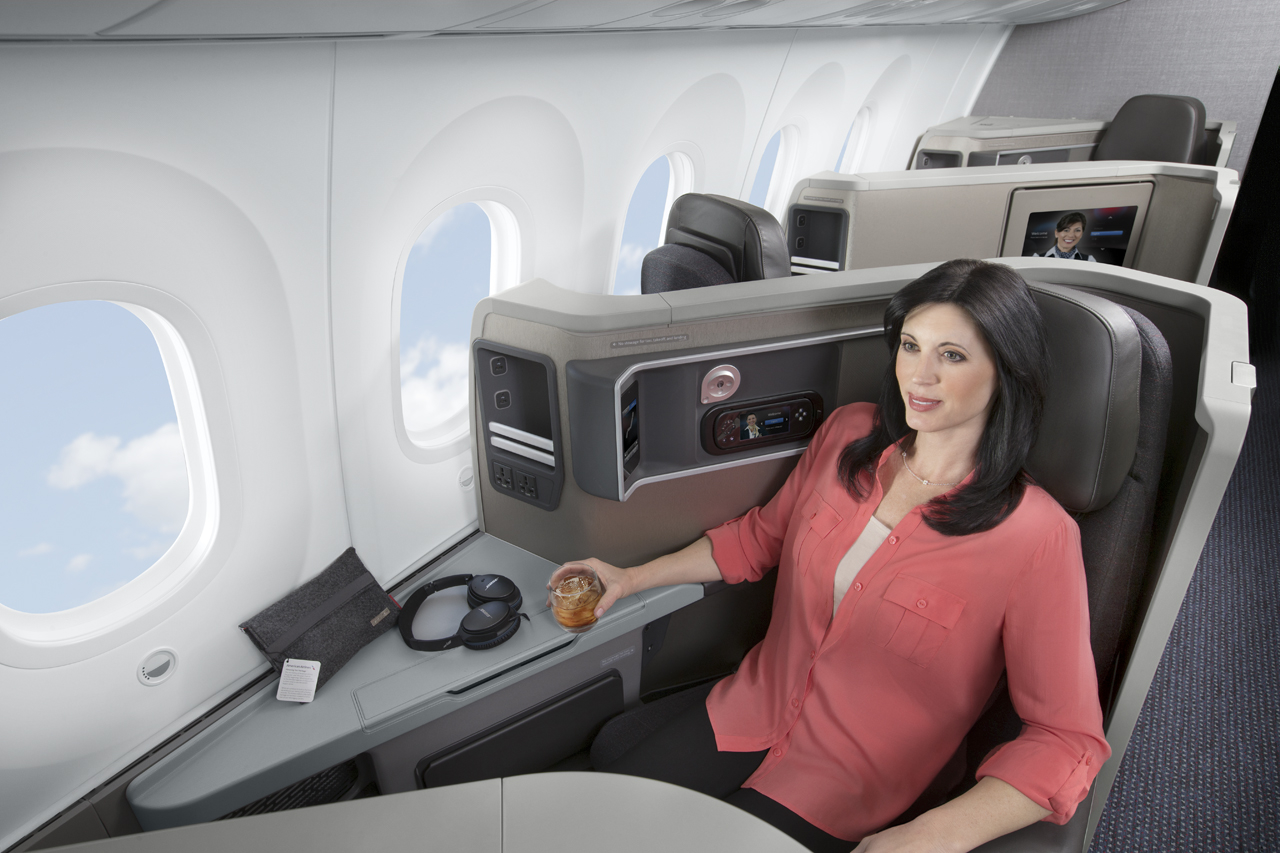