PARIS — As British Airways’ Paris-New York subsidiary OpenSkies takes a fourth aircraft, its all-757 fleet will gain a 767 sibling as well, with some interesting complications for its passenger experience in Prem Plus, the airline’s outstandingly good premium economy product.

OpenSkies will initially take one of British Airways’ longhaul-equipped Boeing 767-300ER aircraft, and will vary its deployment with one of the existing three Boeing 757-200 jets it uses on the Paris Orly-Newark route. OpenSkies will then have a spare aircraft.

Part of the reason for the Newark route dedication is the onboard product: OpenSkies’ Prem Plus premium economy product on the 757-200 is a cradle sleeper seat, and is significantly more spacious and comfortable than the first-generation British Airways World Traveller Plus recliner.

“The first flight is planned for the 19th of August,” airline comms and PR manager Hugo Trac tells me in the airline’s new 212 Orly West business class lounge. (Full disclosure: the airline is hosting me on a Paris-New York return to experience its onboard and ground products.) “We’ll take delivery of the aircraft in early August, and there is some paperwork to do to get the registration in France and so on.”

“It has been refurbished at the end of 2013, beginning of 2014, so the cabins look really great,” Trac says. “The fabric is the same as the First cabin they’ve refurbished recently, so they look really good and will be quite comfy.” 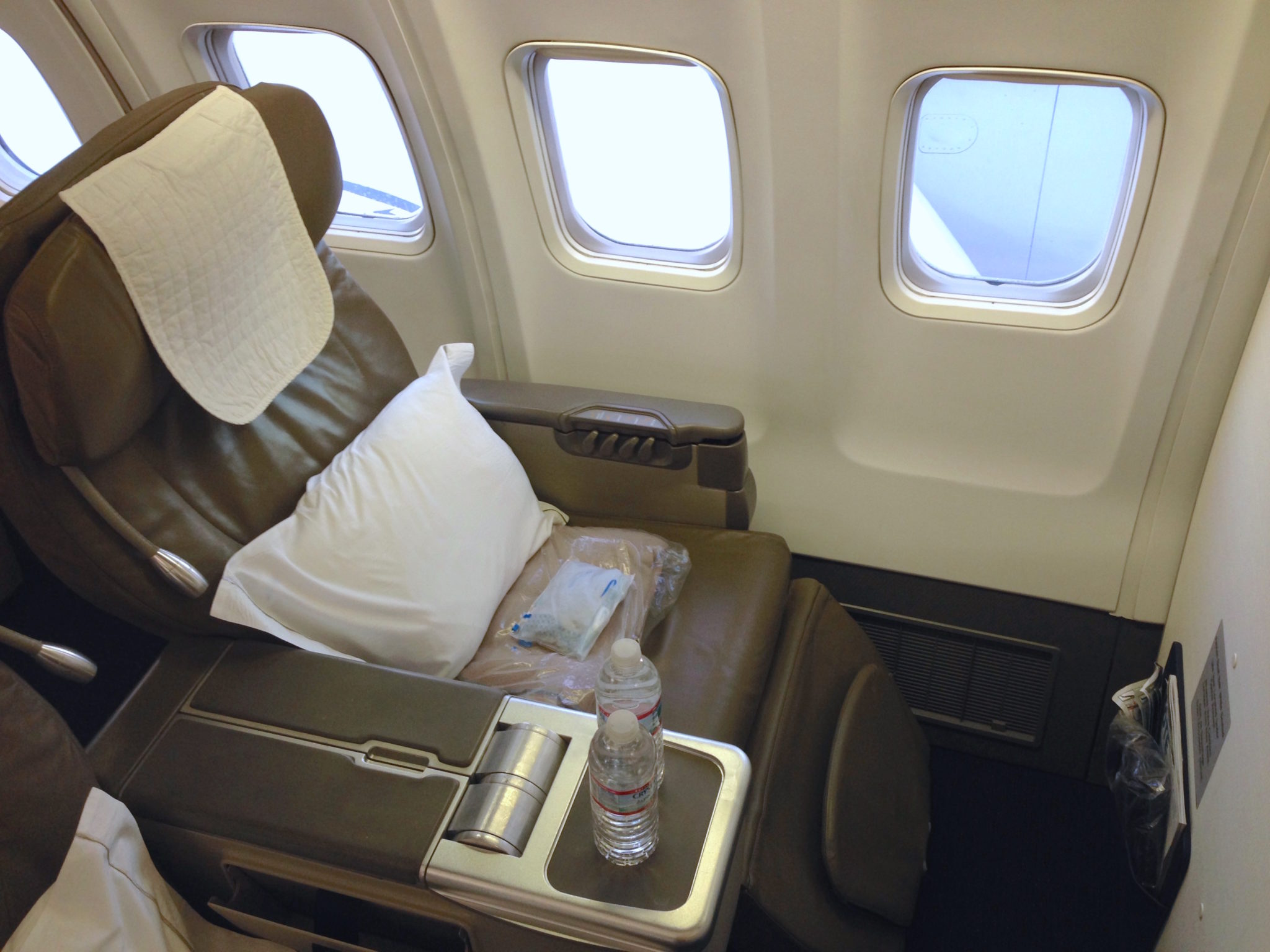 OpenSkies’ Prem Plus premium economy seat is probably the most spacious in the sky. Image: John Walton

However, Trac notes, “We have a totally different product on the 757 and 767 in terms of premium economy. We’ve accustomed passengers to the Prem Plus product, which is the best premium economy on the market. We’ve got to make sure that they’re not disappointed when they choose premium eco, and that’s why we’re not going to sell Prem Plus on the website — we’re going to call the cabin premium economy, and say that on the 757 you’ll have the Prem Plus product, but make sure that when they book their flight they’ll really know what aircraft we operate. That’s why the 767 will specially operate on the 8003/8004 to Newark, and will remain on that route, for the frequent flyers and those who really like the product.”

This differentiation has not yet happened on the BA website that OpenSkies uses as its primary direct reservation channel, nor is it clear how third party sites will reflect the difference.

In terms of inflight entertainment, Trac says, “You’ll have the inbuilt entertainment on the seats in front of everyone, but we will offer to the passengers who would like the iPad in the Biz Bed and Premium Economy cabin an iPad in addition to the existing screen. The content on the existing screens is loaded by BA on a dedicated product, so you have many choices. But the choice you have in terms of the iPad is really tailored to OpenSkies — we’ve chosen French and American, focussed on what our passengers like to see.”

The power socket situation, Trac noted, is still being reviewed. RGN understands that British Airways’ 767s continue to offer only 15V Astronics EmPower DC sockets in business and premium economy, which not only require an unwieldy adapter, but in my experience have proven not to work with more powerful adapters like the 85W a 15” MacBook Pro uses. OpenSkies would be well served by replacing these with universal 110V AC sockets like the airline has on its 757 aircraft. 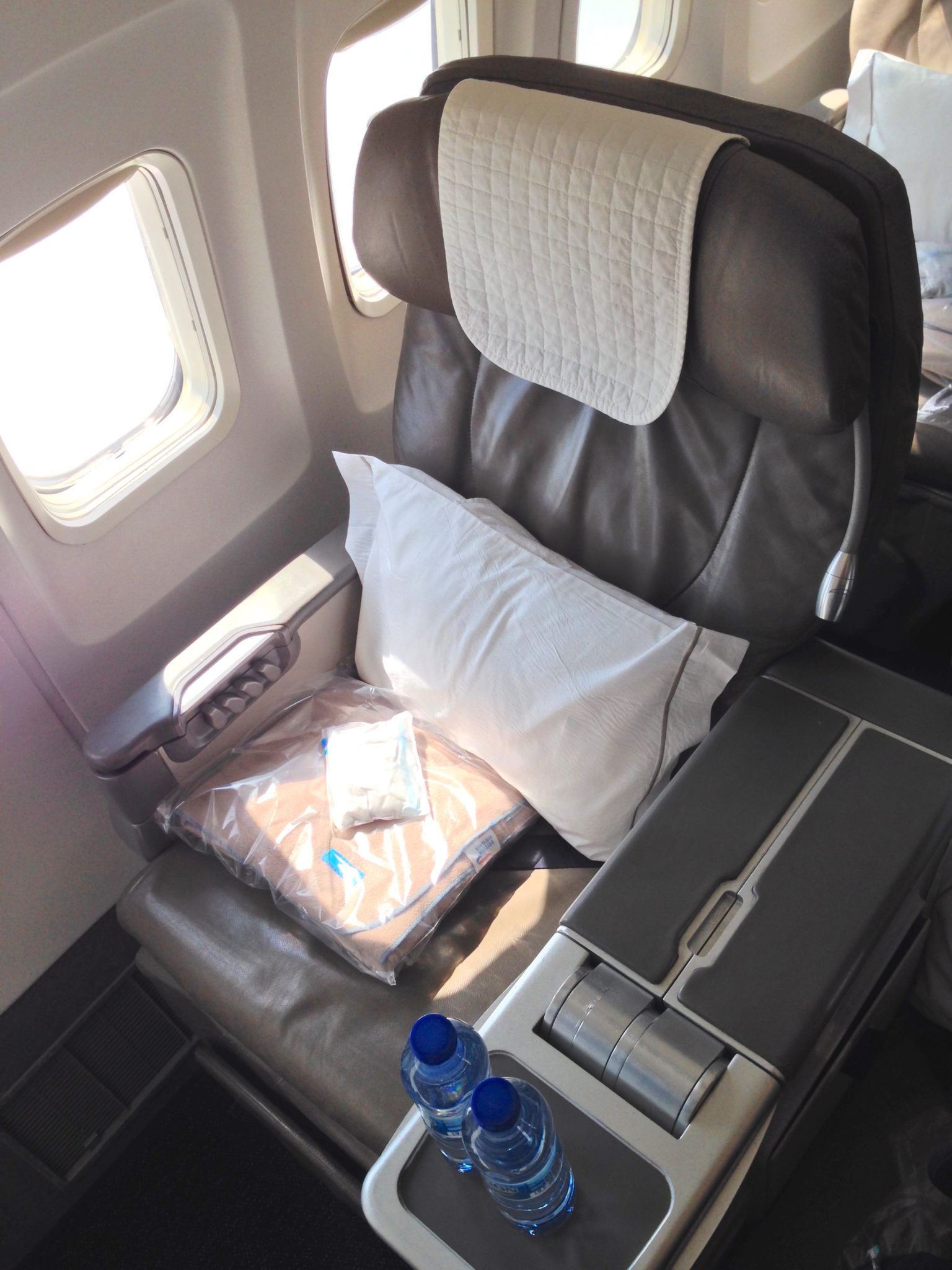 Honeywell looks to be Apple of industrial sector with HUE initiative