At a news conference at Delta Air Lines headquarters in Atlanta last week, I remembered an old joke about a skyjacker who demanded that the pilots “take me where my luggage is going”.

The process of keeping travelers and their bags going to the same destination has evolved and improved over the years and now, Delta is betting that radio frequency identification tags are the next big thing. It has become the first US carrier to begin using RFID tags on passenger checked bags.

The airline has invested $50 million dollars for the system including readers, scanners and printers that will spit out chip-embedded, bar-coded, disposable tags. The RFID paper strips cost about three times the price of conventional tags, but will help the airline see big savings by reducing mishandled bags, preventing bag pilfering and improving the efficiency of bag handlers who no longer will need to manually scan bar codes. 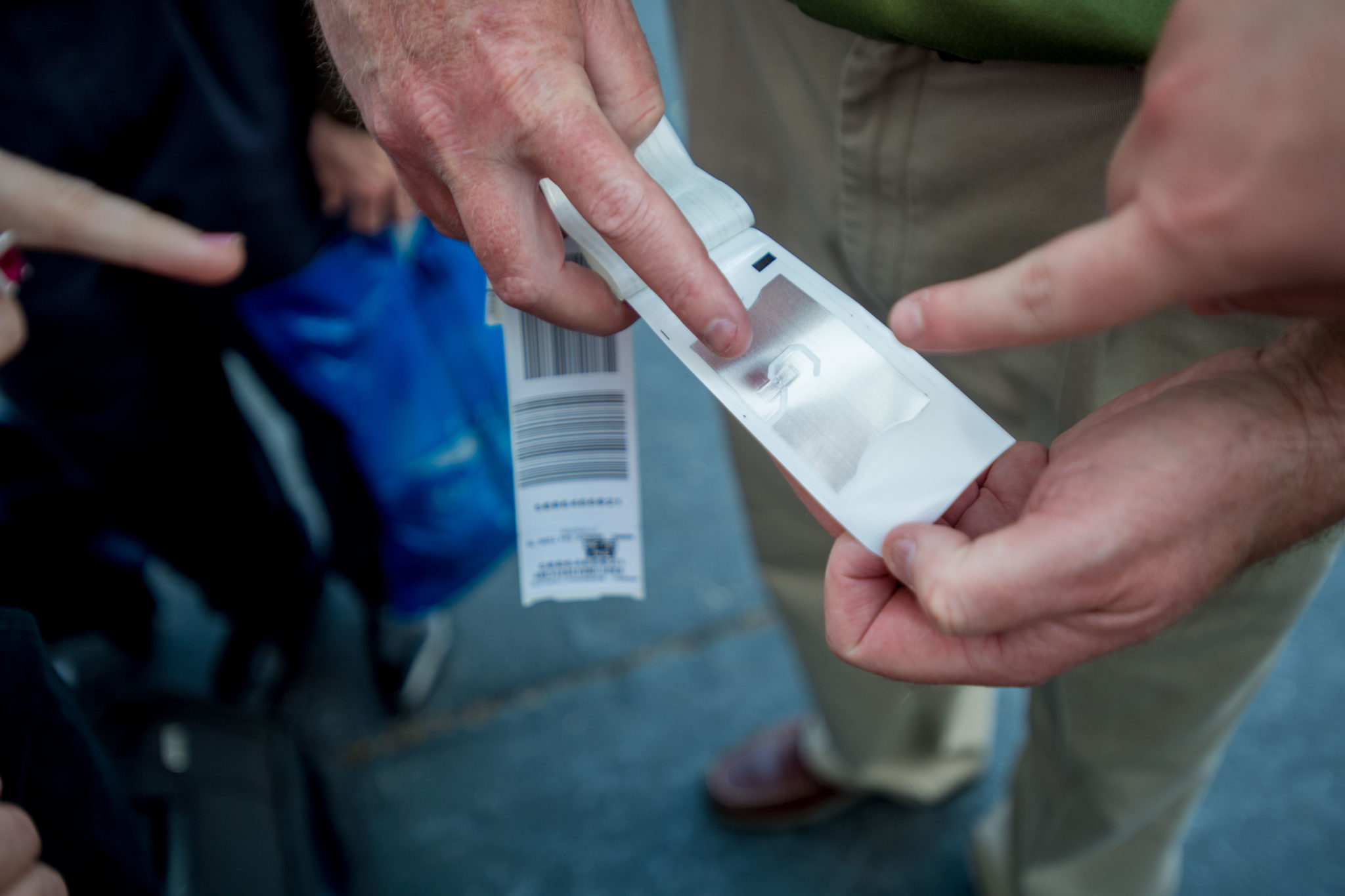 Although these small RFID tags are costly they are not as costly as the continuous misplaced luggage. Image: Delta Flickr

This is particularly useful during major flight disruptions like bad weather when many passengers and their bags will need to be re-routed, said Rodney Books, Delta’s director of airport operations.

“We can have thousands of bags sitting because of a weather situation,” he explained but with RFID tags, “we’ll be able to take a scanner and like a Geiger counter we can look for a specific bag. If we are looking for one bag out of fifty, it’s going to make it very easy, whereas in today’s world the agent has to go to each bag and scan it or look at the tag directly.”

RFID will roll out at the airline’s 84 busiest airports and by the end of 2016, all Delta flights both the main line and the regional Delta Connection flights will be using RFID to track bags. “It’s another game changer,” Bill Lentsch, the executive in charge of airport customer service, told reporters at a media event in Atlanta. “We waited to roll it out so we could do it system wide.”

For the majority of air travelers, this new technology could be considered fine-tuning, as airlines have made steady progress over the years reducing the number of bags that go lost, according to the latest report from SITA. The airline and airport technology company’s just released wrap-up of mishandled bags shows a worldwide record low, with 6.5 bags per 1000 going astray last year.

At that rate, an airline the size of Delta which handles 120 million bags annually, would have had to deal with 720,000 lost bags. Statistics from the US Department of Transportation show Delta’s mishandled bag rate is less than half the global figure, but even so, 360,000 is no small number of disgruntled customers. So it is not surprising that the airline, deep in the midst of a campaign dubbed, “Keep Climbing” would try to tackle an issue that – even though it does not affect a large proportion of travelers – is costly for the airline and worrisome for travelers checking bags.

“Almost a third of passengers confess to feeling negative emotions of anxiety and anger,” while waiting at the carousel to claim their bags, according to the 2016 SITA report. Only the airport security process creates more stress for air travelers, the report said. 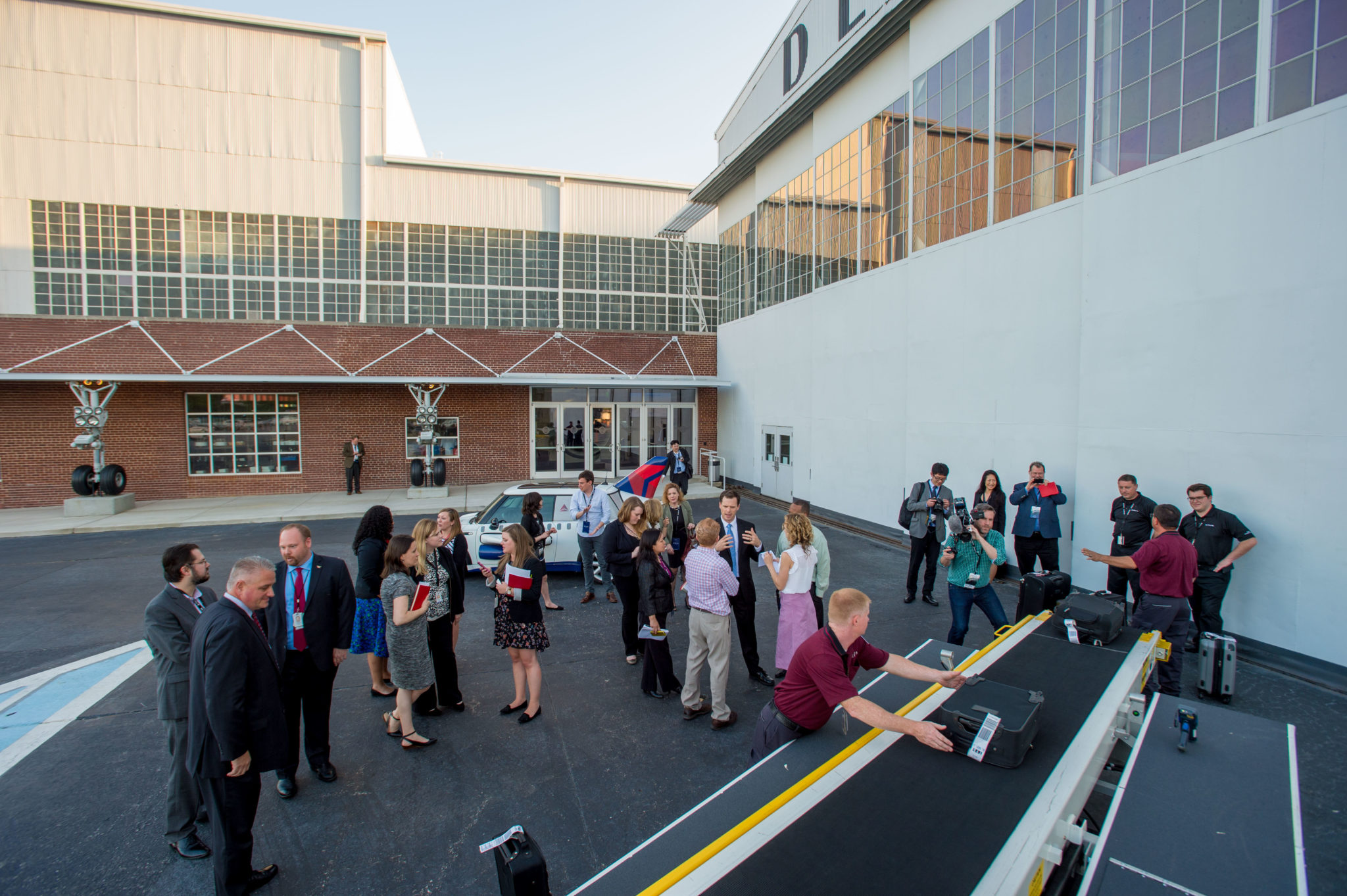 Delta’s initial trial using RFID indicated a 99.9 percent success rate tracking bags which is in line with the figures SITA gives for the reliability of RFID. Nick Gates, director of baggage solutions for SITA says bar code readers will can only claim a “read rate of between 80% and 95% of baggage tags”.

More accurate scanning increases the likelihood that checked luggage will be routed and loaded on the right flights. And because RFID tags allow airlines to keep track of bags as they make their way through the system, delays at any point along the path can be investigated which is key to preventing bag and content theft.

Airlines also like the idea of giving passengers access to information about where their bags are at any point in the journey and Delta plans to send bag status reports to passengers through the Delta app.

“The customer should know everything that is going on with their bags,” Brooks said.

If the airline finds RFID to be as effective as billed, it could be the beginning of the end of passengers who worry that they and their bags are taking a trip to different destinations.