The 2016 Aircraft Interiors Expo wrapped up in Hamburg, Germany last week with a few significant announcements related to economy class seating. And, unlike prior years where such announcements were largely confined to theoretical new offerings, 2016 brought us some real products that will be installed on airplanes soon.

Two announcements at the show were, in fact, major deals: Mirus will deliver some 70,000 seats to AirAsia in the coming years while EnCore has a deal with Boeing to provide its LIFT seats as a manufacturer-supplied option on the 737NG and MAX lines. And there were a few other interesting plays, too.

The biggest winner of the show, by far, was Mirus with the AirAsia deal. The new Hawk seats are a simpler design than what competitors offer, claims Mirus CEO Phil Hall, and AirAsia CEO Tony Fernandez believes the story in a big way. Hawk still reclines – it would be even more reliable and less complex without that feature – but that’s what the customer wants so that’s what Mirus will deliver. It also provides a thinner frame while keeping comfort up, attributes that will doubtlessly attract other customers. Mirus will begin delivering seats to AirAsia in the third quarter of this year so this is a real product set to fly, not a concept piece. 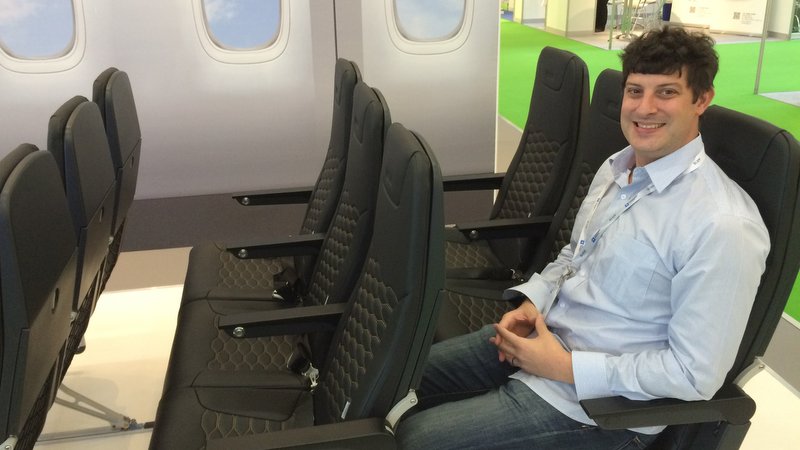 Trying out the Mirus Hawk seats at AIX 2016. Looking forward to flying them on Air Asia soon

Rebel Aero’s second generation Rebel S:Two seat represents an update over the company’s launch debut in 2015. The refined product, which includes a 3-point harness, took home a Crystal Cabin Award at the Expo, which definitely boosted the product profile – I observed airline and competition checking it out during the show – but there are still some questions about the offering.

Adding the 3-point harness definitely increases safety, though the standard was already quite high. And the flip-up base is interesting but I’m not completely sold yet on the value proposition. Though, as you can see in the video above, it is pretty cool. 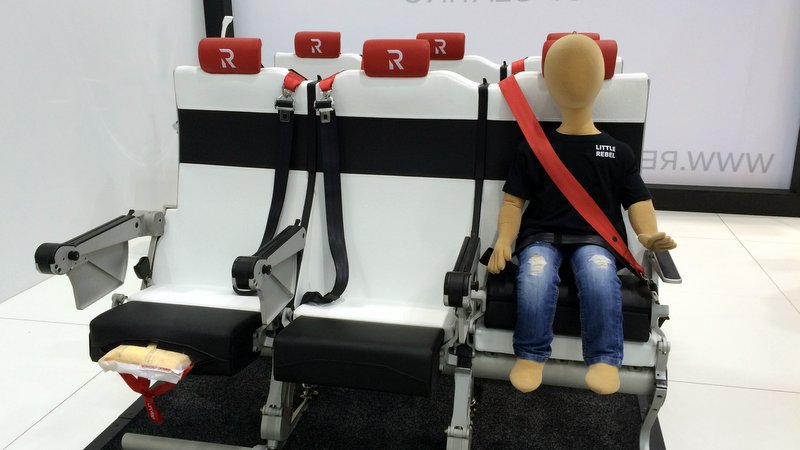 Recaro is no stranger to the market but the SL3510 featured in the video (aka easyJet seat) and the new BL3710 models are looking pretty good these days. The BL3710 uses carbon fiber in the seatback to reduce weight and increase structural integrity. Sitting in the demo model on the show floor with a “kid” kicking my seat, I noticed that the pressure points were diffused rather than focused at individual points. Not perfect, certainly, but every little bit helps as airlines are pitching seats tighter and tighter. And these are definitely slim enough to accommodate the tighter squeeze. 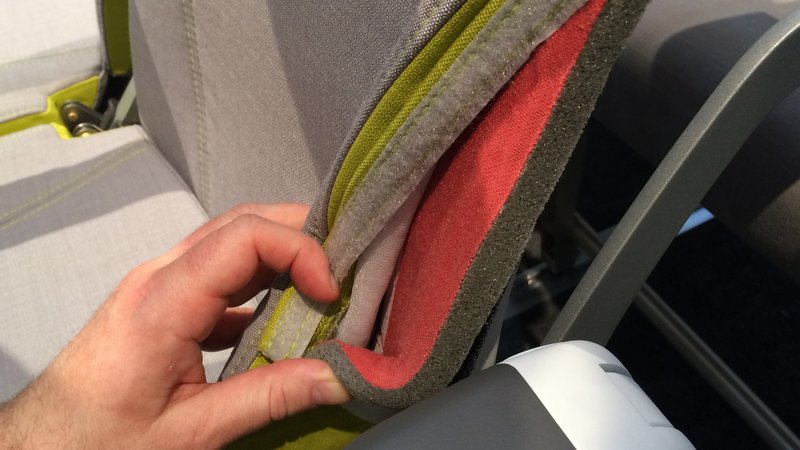 Taking a peek inside the new Recaro BL3710’s padding setup.

Simple, functional and cheap. That’s the play EnCore is making with its LIFT product and Boeing seems happy enough with the deal. The seats have some nice options like conveniently located water bottle holders and a snack tray with a notch to balance a phone or tablet. The option is aimed at giving smaller airlines the ability to build their fleets by simply checking a box for simple seats rather than negotiating with suppliers. And I happen to like the aesthetics of the seat with the two-tone covers. 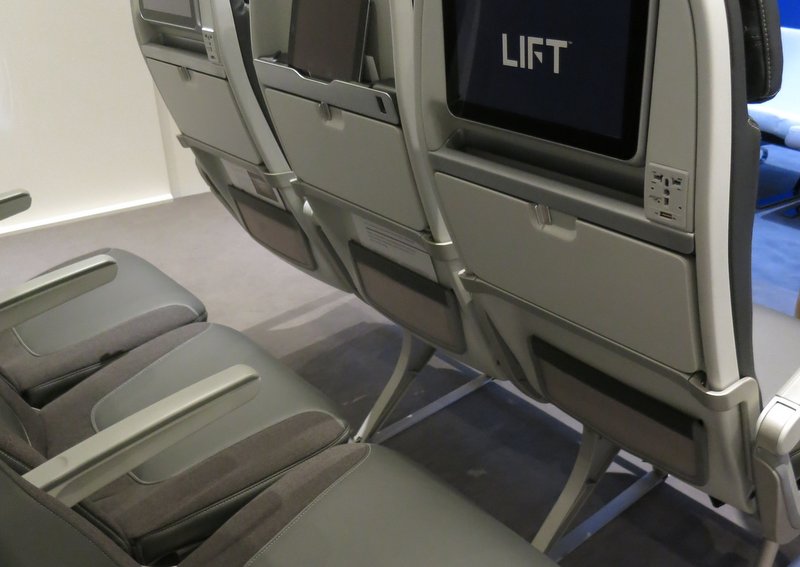 One of the two LIFT models EnCore was showing at AIX 2016; simple and functional.

When will then be now? Soon!

We know that the Recaro and Mirus seats will be flying soon. LIFT likely will, too, given the Boeing relationship. Rebel is more of a stretch/concept idea so that may not be on any aircraft imminently, but the world is on notice. Innovation continues in the market and it is taking many different forms.