Icelandic low-cost carrier WOW Air is flying the pride flag with its latest aircraft, an Airbus A330-300 registered TF-GAY — arriving this month ahead of its first flights to San Francisco and Los Angeles later this summer.

“Since day one, we’ve emphasised joy and friendliness in our services because we want everybody to feel welcome in the WOW family. And we think TF-GAY fits right in with our modern family concept,” WOW Air CEO Skúli Mogensen told gayiceland.is.

“We wholeheartedly support queer people’s fight for rights. Just as we support equal rights for everybody, no matter their gender, religion, ethnicity or culture. By making it possible for everybody to travel with us, we’ll hopefully manage to make the world slightly smaller, and better,” Mogensen said, noting that one of WOW Air’s pilots suggested the name as a tip of the hat to the extensive LGBTQIA history in new destination San Francisco.

The news has certainly made a splash, being picked up on both sides of the Atlantic (“Dieses Flugzeug ist gay”). This is smart PR for a time when acceptance and welcome for the LGBTQIA community is growing, particularly among younger demographics and open-minded travellers — precisely the sort of cost-conscious travellers that WOW Air is hoping to attract to its new routes via Iceland’s Keflavik Airport outside Reykjavik. Flights from LGBTQIA-friendly San Francisco will start later this year. 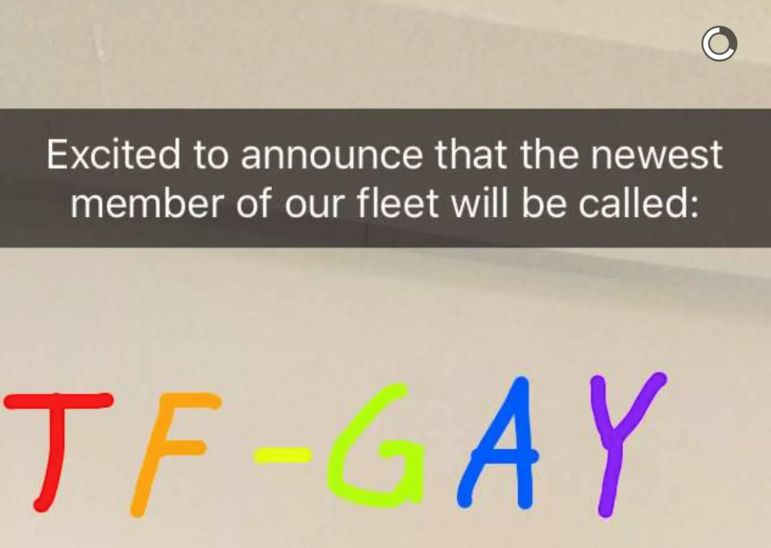 WOW Air took to Snapchat to announce the latest addition to its family. Image – WOW Air

Iceland has a proud history of leveraging its geographical location — which an Icelandair exec likened to “an aircraft carrier in the North Atlantic” to RGN last September — to provide inexpensive flights for the US market, and particularly for younger passengers. Loftleiðir, a predecessor to today’s Icelandair, was a pioneer of this model, with early passengers on its “hippie express” to Europe notably including a young Hillary and Bill Clinton.

Suggestions in comments, or to WOW Air on Twitter, for TF-format style registrations to mark the diversity of the rest of the LGBTQIA rainbow, please.

Check out our big, bold and beautiful #Gay380 tonight at #SydneyMardiGras https://t.co/fuMalAC8cn

The airline, helmed by openly gay CEO Alan Joyce, also changed its social media icons to a rainbow in order to mark the event and show its support for the LGBTQIA community, to noted acclaim from Mardi Gras-goers.

Joyce is clear that creating a diverse airline, encouraging staff from minority communities and being a good corporate citizen is not just the right thing to do, but that it also helps the airline meet its business goals. He told The Australian this week, “as a gay Irishman running a national carrier it absolutely shows the meritocracy Australia is, and that diversity generated better strategy, better risk management, better debates [and] better outcomes.”

“We have a very diverse environment and a very inclusive culture,” Joyce said. “And we need to show that as a brand and who we represent. We’re big sponsors of Mardi Gras; we’re big sponsors of marriage equality, Male Champions of Change and the Indigenous Reconciliation Action Plan. We live that, we breathe that, we know it makes a big difference.”

WOW Air’s Skúli Mogensen got right to the crux of the matter when asked what he thinks of companies that “have publicly spoken against queer people’s campaign for equal rights”.

His response: “Prejudice and narrow-mindedness are usually the result of ignorance and an inferiority complex. So such views judge themselves.” 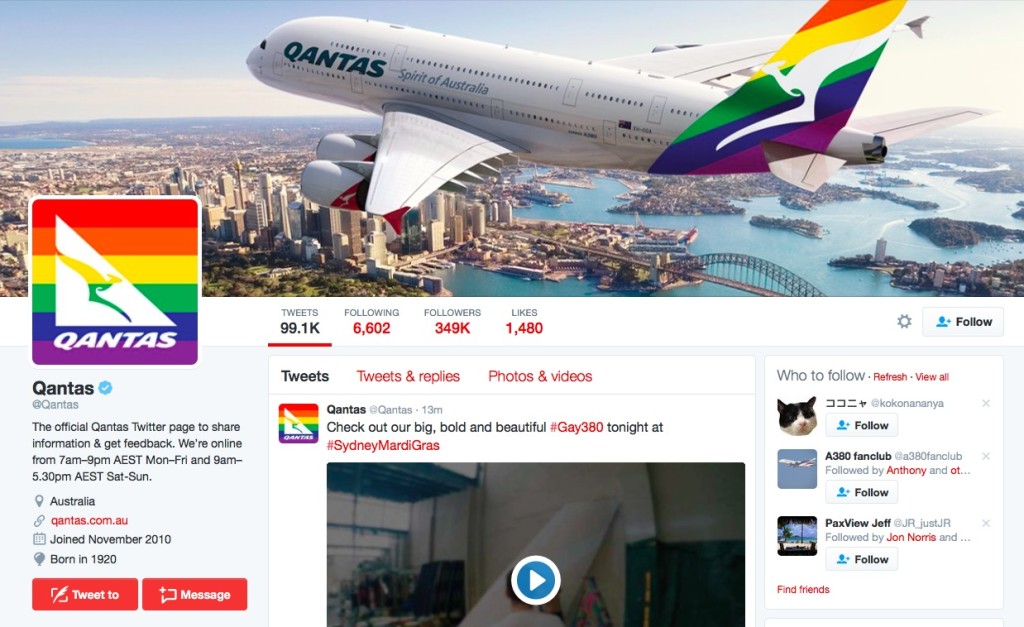 Qantas is going all out in its support for Sydney Mardi Gras.

Is Emirates about to make a 2-3-2 new business class mistake?

Sweeping drama Carol is more than meets the eye