United’s likely Boeing 777-300ER seat map LOPA (layout of passenger accommodation) has been revealed by aviation journalist Brian Sumers, and while the back of the bus is as thigh-crushingly narrow as expected, it would seem that United is débuting a new business class up front — and potentially from a new supplier.

The provenance of this LOPA is unconfirmed, but the seat looks remarkably like Recaro’s ComfortLine CL6710 business class seats, which the seatmaker was displaying at last year’s Aircraft Interiors Expo, and which Runway Girl Network had the opportunity to explore at length.

If so, it would be the first announced customer for CL6710, and indeed Recaro’s first longhaul business class win amidst a market where competitors Zodiac and B/E Aerospace have suffered embarrassing seat production and certification delays.

It would also be a big loss for B/E Aerospace, a longtime customer of Continental and later United. B/E’s fully flat Diamond seat is seen on numerous United aircraft, including the Boeing 757, 787, and ex-CO 767 and 777 fleets.

Neither United nor Recaro has yet responded to RGN’s queries, yet if this isn’t the CL6710 then some intellectual property lawyers are likely to have a very profitable year.

CL6710 is a mixture of styles: both slightly herringboned and staggered, and United’s LOPA notably shows the slight angle at which the seats interweave in each column of ten seats, which enables the seatmaker to make the most of both the wider 777 cabin diameter and the fact that human beings are wider at the shoulders than at the ankles. 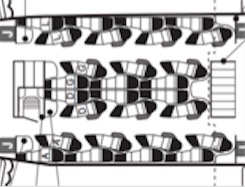 Interweaving, like the yin-yang configuration pioneered by British Airways, allows for the widest part of the seat — at shoulder level in bed mode and at elbow level in seated mode — to overlap with the narrowest foot area part of the seat next to it.

The resemblance isn’t just the “honeymoon” seat pairs in the middle section, which are also common to the Stelia (formerly Sogerma) Solstys seat, as seen on Etihad’s previous business class product, Alitalia, and other airlines. (Stelia, too, has not responded to RGN’s query about whether it is the supplier, but it was not showing a seat similar to CL6710 at AIX last year.)

Some rough analysis of the geometry in the seat map also suggests the Recaro CL6710. “The ratio 1 to 1.8 is Recaro’s formula for success,” the seatmaker said when it launched the seat. “The key number reflects the ratio of pitch to bed length in the new business class seat CL6710. With a seat pitch of 46 inches, Recaro can provide a bed length of up to 82 inches – and thus makes optimal use of the available space.”

One advantage of the Recaro seat is weight. “The CL6710 reaches a weight of just 80 kilograms depending on aircraft type, layout and individual configuration. The seat design bases on innovative lightweight materials. The reduced complexity of the overall seat design also saves weight,” the seatmaker highlighted. 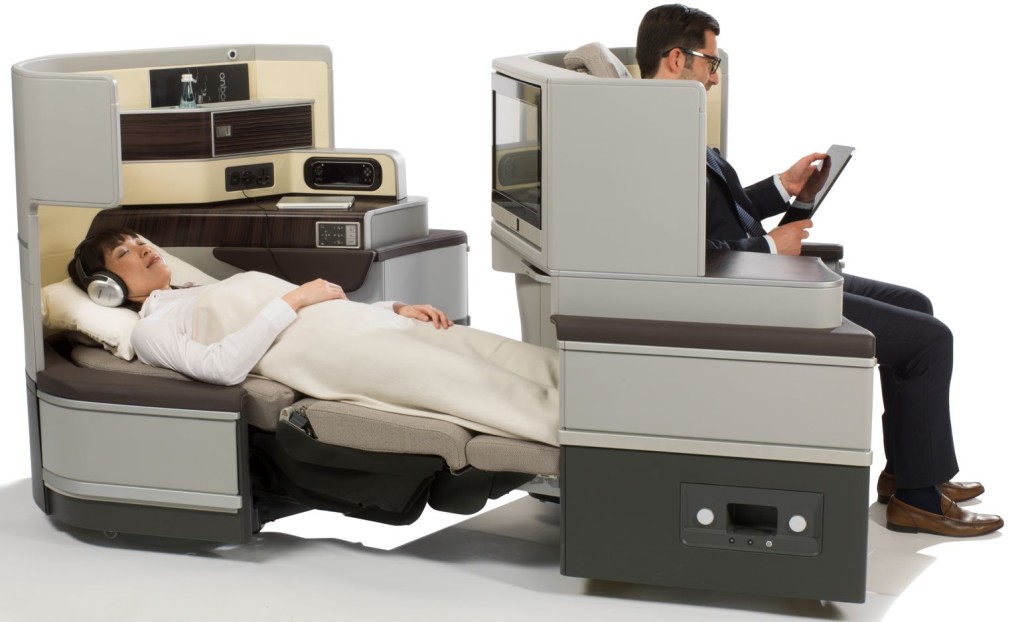 It’s unclear whether United will be taking advantage of the wireless charging and app-based seat control options that Recaro demonstrated at AIX. 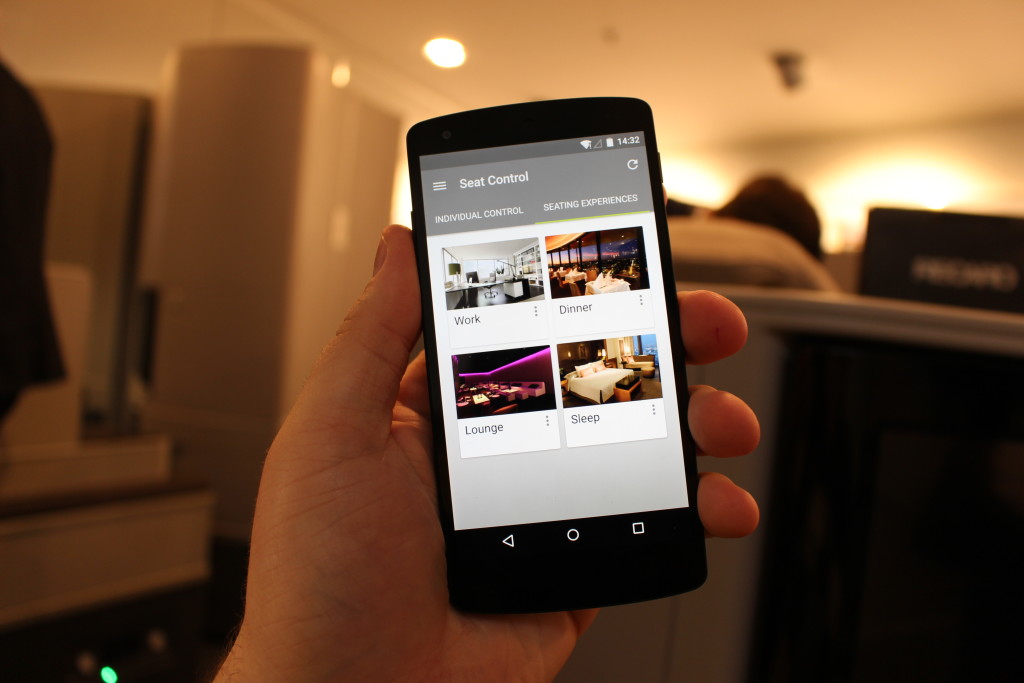 Economy, meanwhile, is confirmed as 3-4-3, the new lowest common denominator for airline passenger experience, without even a 3-3-3 Economy Plus section — let alone a premium economy cabin — to give passengers an option in what Airbus calls the Comfort Canyon between 17” narrow economy seats and fully flat beds with direct aisle access in business class.

RGN will update this post with information from United, Recaro and Stelia as we receive it. 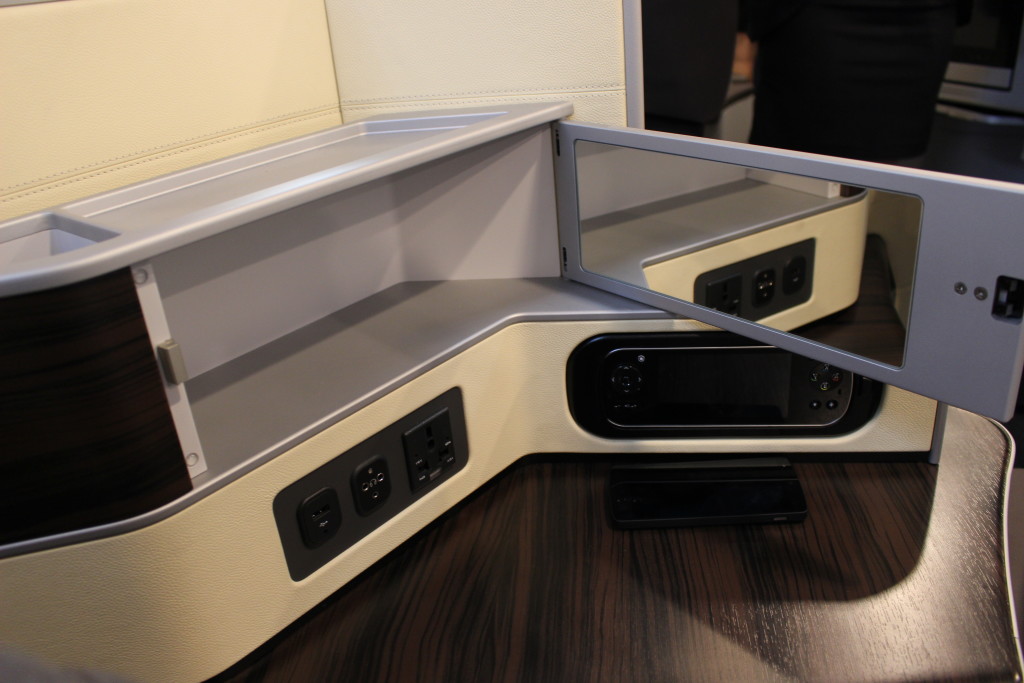 #PaxEx Podcast: How the A350 is setting a standard for inflight well-being