Welcome to Episode 29 of the #PaxEx Podcast. Our guest for this episode is Anthony Davis, a British broadcaster, aviation journalist and private pilot who provides airline industry analysis for TV, radio and print. He regularly appears on Sky News, Al Jazeera, Channel 5 News, Good Morning Britain, ITV News, and MSNBC and is the resident aviation analyst for the Daily Mirror newspaper. 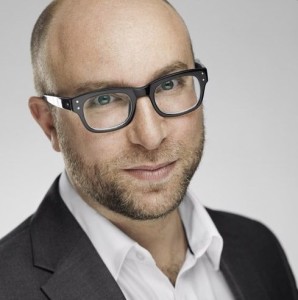 Across London, Anthony’s late night LBC radio news talk shows earned him a reputation on the airwaves for almost a decade. He currently presents the drivetime show on Smooth Radio.

Tragedy has struck again in aviation, with the Metrojet/Kogalymavia A321 crash in northern Sinai killing all 224 people on board. Anthony, who has been closely tracking developments, shares his thoughts on why there is “a lot of distance between this tragedy and the facts at the moment and it’s obviously quite a political race here as to who wants to be first with the information”.

Indeed, there has been a steady flow of contradictory statements from Russian, Egyptian and Metrojet officials, and Anthony highlights as a concern the apparently relaxed approach to the sterility of the crash scene and the physical handling of the flight data recorder (RGN’s initial report is here).

Anthony also shares some important information about the security situation at Sharm el Sheikh. Concerns out of Downing Street that an explosive device downed flight 7K9268 have since led to the cancellation of UK flights out of Sharm el Sheikh.

For Downing Street to announce #Metrojet 'may well' have been brought down by explosive device, they must have significant evidence. #7K9268

Next, it’s clear that the ultra low-cost carriers are giving legacies a run for their money with American Airlines announcing recently that it will offer more fare options to compete with Spirit Airlines’ pricing. People are clearly booking with carriers that offer less than ideal #PaxEx. Co-hosts Max Flight and Mary Kirby talk to Anthony about whether passengers really care about the experience or if it is just about a cheap ride. Regular listeners of the podcast might be surprised at Anthony’s perspective (he doesn’t buy into the notion that an extra half-inch of seat width matters).

Last but not least, we ask Anthony about an area of particular speciality – the Red Carpet Route between London and Los Angeles. Seven airlines are working the same track, and he provides some colour on how they’re differentiating. We ultimately address Open Skies and the US3 versus M3 debate, and Anthony shares why he personally believes “American carriers can’t handle the competition.”

Photo at top credited to Sergey Korovkin, via CCA 4.0