The Airline Passenger Experience Association is a strange beast. Five years ago, and thirty years after its founding, the World Airline Entertainment Association trade group changed its name to APEX. In the half-decade since, the organisation has faced questions about whether it has peaked in its relevance and importance, and is now at a turning point.

Runway Girl Network — an APEX member itself — was stunned by the number of APEX attendees (airlines, vendors and media, including numerous members of the organisation’s committees) at the Expo in Portland last month that were willing to speak up about their concerns that the association and its showcase event are losing their attraction. It is, of course, a time-honoured tradition for members of APEX to complain about the Expo’s size, attendees, foot traffic, and the association itself, to anyone who will listen. But the sheer number and volume of complaints this year was very noticeable.

Outside the Expo, some of APEX’s regional events are lossmaking, it has cut one annual issue from its previously bimonthly magazine, and the very useful technology committee meeting is now charging for attendance. Members clearly want APEX to do more. To wit, Gogo recently petitioned the association to submit a filing of endorsement to the US Federal Communications Commission in support of the auction of ATG as a secondary service for the Ku band. The appointment of new CEO Joe Leader is a sign that APEX realises it needs to take action, not least over its financial position. But while there seems to be a general feeling that APEX must do more, there is as yet no real consensus about what that doing more would look like.

To the first question, there is a lot of good work being done in the technology committee around standards, led by respected industry veteran Michael Childers, who has, among other activities, helped to ensure that APEX is recognized by the US DOT as a credible and principal industry spokesperson, including on the issue of captioning entertainment content. This work, however, seems to be progressing much more slowly than, say, large airlines like Emirates working on their own on topics like captions and audio description of movies. If APEX really wants to demonstrate leadership, it needs to get in front of carefully chosen, visible and vital initiatives.

Though it is engaged in standards and lobbying work, the primary purpose of APEX has remained the Expo, which brings us to the second question.

APEX has set its expo as the Q3/4 North American counterpoint to the Q1/2 Aircraft Interiors Expo in Hamburg. For several years that was a reasonable position, given the entertainment focus of the former WAEA and the consolidation of smaller specialised companies into larger corporations that deal with entertainment and other parts of the passenger experience.

But this year the size of the event was markedly noticeable when compared with AIX (which has its own problems of now growing so large that it is unwieldy). A particular lack is the seatmakers, with just Stelia bringing its Celeste seat to the Thales stand and B/E Aerospace bringing a first class seat (marked “no photographs”) to Panasonic’s mega-booth. 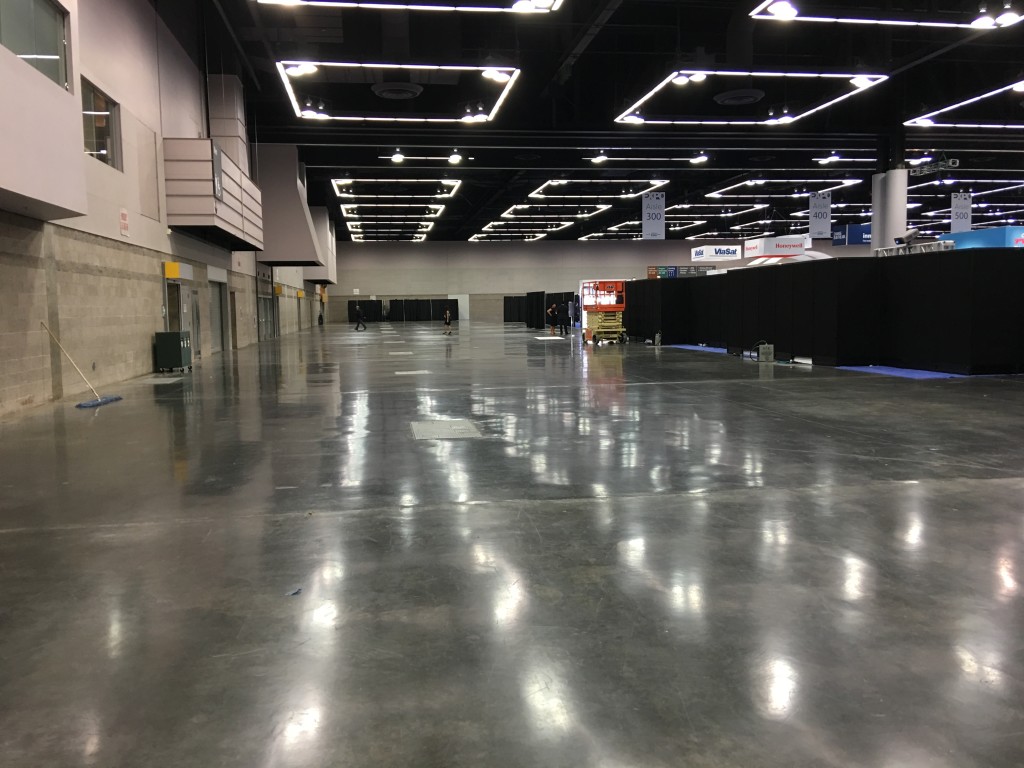 Not having seatmakers in the room is a problem for APEX at a time when IFE/seat integration projects have become the norm (and seatmakers, in essence, serve as lead on these projects, per regulatory guidance). The OEMs didn’t make the 2015 Expo particularly newsworthy either. This year’s event in Portland, a city that is as delightful a venue as it is complicated to get to, lost steam by the second day, and numerous vendors voiced frustrations to RGN that the number (and proportion) of prospective customers – airline decision makers – was lower than previously and lower than satisfactory. There certainly weren’t enough press announcements to make the event as much of a draw for media this year as it has been in the past.

Next year’s Expo is scheduled for Singapore, nearly on the other side of the world — the antipodes of Singapore is in eastern Ecuador — and the number of exhibitors and attendees who visit will be very telling. Singapore is at least one stop from the entire North American market, and the appetite for a humid, tropical city when in businesswear (and at a travel pricepoint that could prove triple the cost for many members) was a little lacking when I spoke to exhibitors and attendees alike. The colocated IFSA expo will not be joining APEX in Singapore, which raises questions about whether the 2016 event will have enough pulling power on its own. APEX may need to revisit the bylaws that require it to host the Expo outside the US on occasion, particularly at a time when it can least afford to leave its US stronghold.

There is clearly an opportunity for Reed Exhibitions, the business information conglomerate that organises the Aircraft Interiors Expo, to siphon attendees for its AIX Americas event, which occurs in Seattle after the APEX Expo. There is certainly significant history between for-profit Reed and non-profit APEX, but it may be time for APEX and Reed to go beyond information sharing and reopen more serious negotiations for colocation.

With the 2017 event scheduled for Long Beach, will the APEX Expo end up cannibalised by AIX Americas in 2016 and face difficulty in drawing attendees in 2017? Or will there be an amalgamation of events?

AIX Americas currently lacks the larger passenger experience players, but it only takes a few companies deciding that their needs are better served by a US event to shift the gravitational pull from APEX to AIX. With the rise in profile of content service providers and fewer airlines negotiating directly with studios for content — studios that are already fairly well colocated in the LA area if an airline needs to combine meetings — APEX needs more non-entertainment vendors and attendees to remain relevant.

APEX Asia’s colocation with the Future Travel Experience Asia conference in Singapore this month is clearly testing the waters of collaboration. There’s certainly an overlap between #PaxEx on the ground and in the air, and if successful it may point to a 2016 opportunity to combine APEX’s US event (the autumn technology committee meeting) into the main FTE global conference in Las Vegas, given that APEX will otherwise have a very small presence in the USA that year, and that competition on the #PaxEx conference circuit is now fierce. There is, after all, power in numbers.

Whatever happens, the education day at the APEX Expo needs serious attention. The modus operandi this year was essentially a free advertising session for how great the airline or vendor was, followed by a softball question from the BBC newsreader compere, and a single question from the floor. Much of the content was either repeats of press releases or pitches that attendees had heard before.

It doesn’t help either that Emirates swept the Passenger Choice Awards quite so extensively that even the BBC compere was joking about it by the end of the evening. The optics are not good when a major customer of key APEX members takes home too many statuettes to be able to carry.

APEX has been a key part of the passenger experience industry, but there are real questions about its relevance and future. With Reed snapping at its heels, and the blurring of lines of technology events like CES edging in from the sides, will the APEX Expo focus on being an IFE event rather than a broader #PaxEx event? Progress in 2016 on doing demonstrable work in committee, taking public stances on issues of importance to members, and on putting on a useful Expo with actually educational events will be the bellwethers of the future of APEX.