As airlines work with their travel and technology partners to bring IATA’s New Distribution Capability (NDC) to life in a bid to ensure their products are fully visible and can be bundled across all channels, some experts are urging them to go further and consider a new paradigm that would eventually see carriers adopt an Amazon-type retail model, and become true travel e-commerce juggernauts.

“We absolutely see NDC as a significant step forward, but it’s only a partial step,” says Radixx International CEO Ron Peri of NDC’s XML-based data transmission standard which is aimed at enabling airlines to distribute the same differentiated content as found on their websites – such as ‘extra legroom’ seats, preferred meals and chauffeur products – to travel sellers.

“So if you think about supermarkets, for example: once upon a time they only sold groceries. Then they added hardware items, which led to much larger margins and required that they be managed differently. And today with the Walmarts of the world, you have all products available. As airlines build out their e-commerce capabilities it will become more and more possible to sell things that can be far more profitable than the fare, so it only stands to reason that they’ll be selling more things beyond just a seat,” says Peri,

“It has been my belief for many years that Amazon.com as an airline is the future of the industry,” he continues. “There are many things that Amazon does as a retailer that airlines should do. Ultimately, what you have today is a commodity marketplace, and no airline can consistently be profitable in a commodity marketplace unless they’ve got some unique lock on a margin to charge more. But that’s not the reality in most of the world for most airlines. So they have to be able to differentiate, and also operate using the same kinds of techniques and approaches that are tried and true in the retail industries.”

Farelogix is building NDC-compliant XML APIs for airlines to transform the way their air products are retailed; the airlines determine where those connectors will go. “But somewhere down the road, there needs to be a new marketplace,” agrees Bob Edwards, a past United Airlines SVP and chief information officer, who recently joined the Farelogix board of directors.

This new marketplace would allow airlines to sell all products related to air travel, “but it wouldn’t be necessary for any single airline to keep that data on file. Instead, there would be a network that lets airlines say ‘hey, I have a customer ready to travel’ and everybody that has something to sell can say, ‘I hear you’ and those providers are given a short period of time to respond and if they have something, send it back.”

“Think about Amazon,” he urges. “They have a lot of product, but a lot of stuff they have they don’t have in their inventory. They give you a single place to go. They might not have something in inventory but can show you four or five manufacturers of water buckets, for example, and send it directly, and so think of this new marketplace as the next Amazon. Airlines would have a network that can [query] those providers.”

Ryanair appears to have already received the memo about copying Amazon. Company CEO Michael O’Leary told Reuters in August that the carrier wants “to become the Amazon.com of travel in Europe, with a whole load of additional services: price comparison [with other airlines], cut-rate hotels, discounted football tickets, concert tickets”. But the carrier hit an early obstacle, with O’Leary telling Reuters that easyjet and Air France have already rejected his offer to share real-time fare data, which may compel the carrier to scrape its competitors’ pricing instead.

Though the Irish ultra low-cost carrier sells the vast majority of its tickets directly through its website, most tickets sold worldwide – six in ten – are processed via Global Distribution Systems (GDSs), which have faced criticism for not evolving fast enough to expose legacy airlines’ ancillary products to online and brick & mortar travel agents. 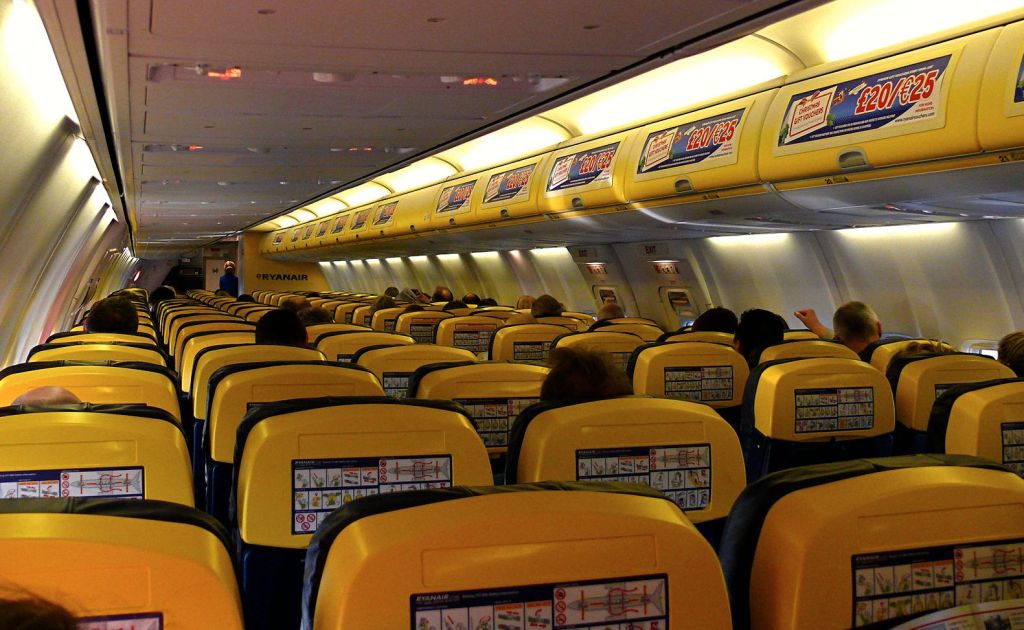 “The reason you’re seeing the relatively slow increase in the sale of ancillaries by legacy carriers is because of the constraints that exist and antiquated technologies that are embedded in the marketplace,” says Peri, citing, for example, the inherent limitations of e-tickets, which don’t list additional services or products; and the Electronic Miscellaneous Document, which does track the sale and usage of ancillaries such as excess baggage fees but “add complexity to what should be a very simple transaction”.

“It’s nonsense in a digital age but we’re simulating paper,” he says. “And that creates massive limitations for traditional airlines that are trying to sell ancillaries. That money still goes by way of the Billing and Settlement Plan [IATA’s payment gateway for agents]; there is a separate one for each country, and anyone who wants to sell internationally has to join every BSP. If they don’t, they don’t have a simple way to collect their money. I was with IBM for many years, and our clients were retailers, distribution companies, and I got involved in the airline industry, and said, ‘I don’t know how any airline can communicate that revenues are accurate with these dysfunctional systems.’ Most people in the airline industry don’t realize what the underlying dysfunction is. Airlines really only have half a system.”

Both Radixx and Farelogix believe the industry needs to start with a clean slate, outside of GDSs. “Completely redesign the marketplace based on current demands and requirements,” suggests Edwards. “I don’t think the GDSs have the ability to do that, and companies like Farelogix are taking care of that for them. Unless they come up with an approach that meets the requirements of the travel providers, there will be a lot of consolidation by the GDSs. And that would be best thing to ensure their long-term survival – consolidation.” Under the new marketplace envisaged by Farelogix, GDSs would “have to find out where they play in that world … I think their role changes, and becomes more of a payment and transaction processing center than they do a booking agent,” he opines.

The advantage for Farelogix’s airline customers, says Edwards, is that they don’t have to throw away their investment in Farelogix. “They can continue to build on their capabilities and the products they can offer with Farelogix’s distribution engine, expand on that, and there isn’t any throwaway costs. The new marketplace doesn’t exist today. Farelogix is solving the big problem first – let’s ensure fares offered through intermediaries can be bundled with ancillaries, and we can do that very effectively – and we can also give them a path to the new marketplace.”

Acknowledging that Radixx sees the market and opportunities somewhat differently than Farelogix – Radixx is largely focused on delivering reservation systems to airlines in the developing world, facilitating the sale of “anything through any channel using any form of payment”, including cash – Peri says “in essence” Radixx has the same goal to help facilitate a shake-up.

“I think there are options that we would envision available in the next year or so [for legacy airlines] that are totally new to the industry. Anything that would be new would have to be implemented in parallel to what is old. Our judgment on the industry is that it is largely risk averse and the easiest way to do things is in tandem, and creating new channels rather than seeking to just replace in one fell swoop the old channels. Consumers typically pursue the lowest cost, most efficient and most effective distribution means. You can certainly see the demand with what Lufthansa has done in charging 16 Euros per ticket coupon for travel agents that go through the GDSs.”

Says Peri, “I’m sure there are many other airlines who would love to do the same. I think that technology will ultimately be the wave that the airlines ride to freedom.”