With the recent declaration by the US Department of Justice (DOJ) that it is investigating potential collusion among the largest US airlines for limiting capacity growth, it seems the only entities actually pleased with solid airline profitability are the airlines themselves and Wall Street.

For those stakeholders, solid progress is being charted toward sustaining profitability. An analysis by trade group Airlines For America shows that during the first quarter US airlines collectively reported a $3.1 billion net profit, and an 8.4% net margin. Margins were still below the S&P 500 average of 9.8%, but better than the 7.3% posted by ExxonMobil and 5.9% recorded by Marriott.

At the same time consumer complaints filed against US airlines tracked by the Department of Transportation (DOT) in its Air Travel Consumer Report jumped 36% for the first five months of 2015 to 5,697. So far, January is the only month in 2015 that complaints fell year-on-year by 18%. March was the high water mark, with a 62% jump in complaints to 1,378. The latest data available is for the month of May, and the airlines with the highest complaints per 100,000 enplanements were ULCCs Frontier with a score of 8.20, and Spirit, whose complaint ratio was 12.73.

The rise in complaints is obviously partly driven by increasing passenger loads. According to DOT data, the number of customers traveling on US airlines increased 2% year-on-year for the first three months of 2015 to roughly 154 million.

But the overall passenger experience (#paxex) is also likely contributing to higher complaints. Hamlin Transportation president George Hamlin remarks that high load factors are resulting in some passengers failing to get rebooked or getting rebooked up to two days later when flights are cancelled, and tight seat pitch is resulting in an uncomfortable journey.

“The fact that you had great Wi-Fi doesn’t make up for your knees hurting when you get off a flight,” Hamlin says.

That doesn’t even begin to address the safety concerns being cited by some industry stakeholders and passengers who worry whether evacuation could be impeded by ultra-tight seating configurations.

There’s also no shortage of outlets in social media for passengers to voice both praise and criticism. One recent tweet to American Airlines focused on the process for logging a complaint. “@AmericanAir I was told my complaint wouldn’t go past the person I was talking to on the phone and to compose a formal email complaint”.

Passengers are becoming more vocal about their dissatisfaction with air travel even as airlines tout the investments they are making to improve #paxex. A4A estimates that during the first quarter US airlines were spending $1.2 billion per month on capital expenditures, the highest in 15 years.

Some of that spend is geared toward aircraft densification. Almost every US airline has either recently finished adding seats to aircraft, or is in the process of reconfiguring certain portions of their fleets with additional seats. In an investor presentation American Airlines has outlined its retrofit scheme, and compares its seat density on certain aircraft types with its rivals. The additional seats help airline to reduce unit costs as those expenses are spread out over more seats, but at the same time some passengers feel more cramped in the denser configurations. 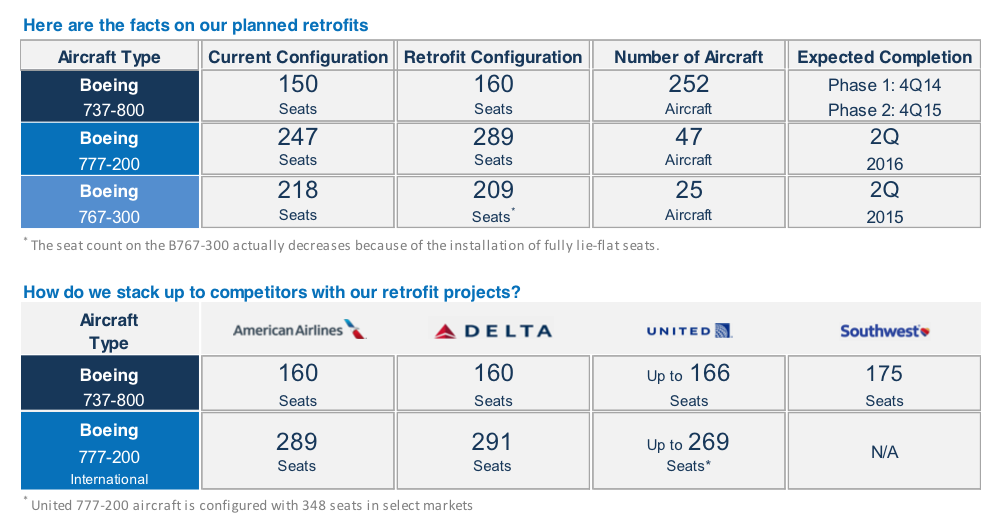 Customer angst is likely to grow louder now that the high season for US travel has kicked in. A4A estimates that 222 million passengers (2.4 million per day) are projected to travel on US airlines from June 1 to August 31, a 4.5% increase year-on-year.

One pertinent question that arises now that the DOJ has heightened its scrutiny of airlines is if there will ever be a time when airlines can enjoy both profitability and favorable sentiment from customers and the government. Hamlin does not foresee much changing during the course of the next six months. “Load factors will remain high, and for most passengers it will not be a pleasant experience,” he notes.

As for the DOJ probe, Hamlin does not believe the investigation will produce anything scathing for the airlines under study.