The ever-increasing space and quality of premium airline cabin products seem to be increasing the gulf between the haves and the have-nots on board.

As Etihad unveils its three-room A380 The Residence product while Delta  focuses on Basic Economy, an observer could be forgiven for thinking that more and more room is being given over to first and business class passengers — at the expense of economy. It all feels a little bit like a cross between the lead-up to the French Revolution and Occupy Wall Street, in the sky.

Elizabeth Popp Berman, an associate professor of sociology at the University at Albany, SUNY, started a discussion about applying the Gini coefficient to airlines. The Gini coefficient is the primary way to measure inequality between members of a group — in this case, between passengers on an aircraft.

Berman’s conclusions: aircraft inequality on the US carrier she examined (a Gini coefficient of 8 on a narrowbody with first class and economy products, 16 on a narrowbody with first, extra legroom economy and economy, and 25 on a Boeing 777 with fully flat business, extra legroom economy and economy) is nowhere near as unequal as the wider societal inequality of the United States (48) or the world (65). 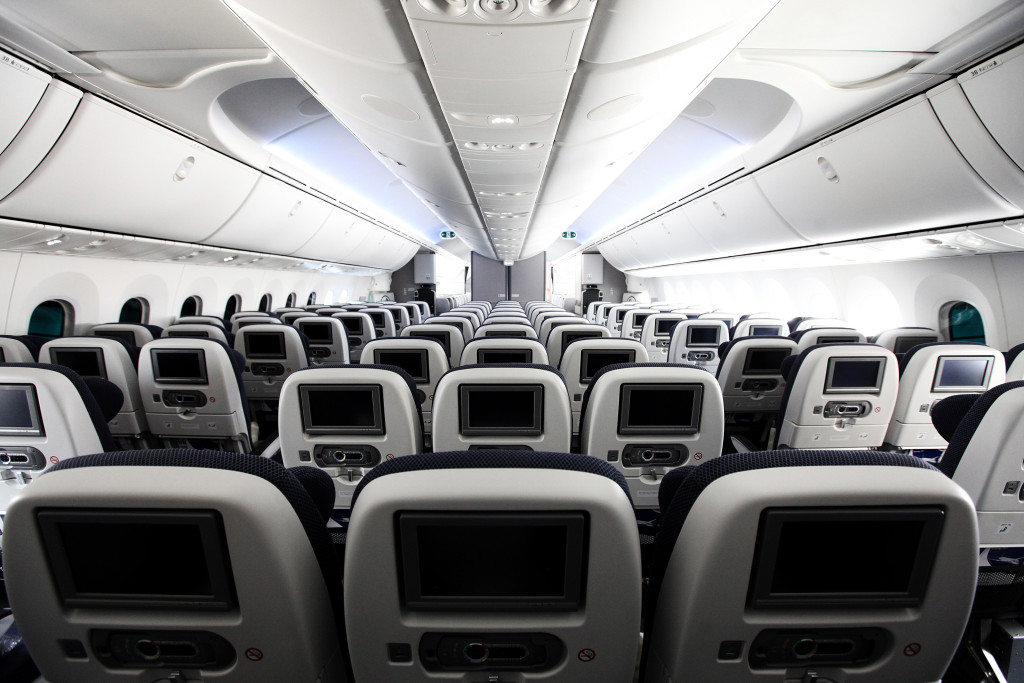 Kieran Healy, an associate professor of sociology at Duke University, created a hypothetical airline called Air Gini to explore the idea further, corroborating Berman’s conclusions and extending them to highlight that the current range of airline products — certainly on US carriers — don’t match the amount of global wealth owned by the super-rich.

In terms of product and aircraft space, it’s arguable that Etihad’s Residence product is actually less unequal than its first class Apartments — the two-seater Residence takes up the equivalent of a single one-seater Apartment within the cabin, with the rest of the space tucked into the “forehead” area of the A380, which isn’t used for revenue passenger seating on any other airline. 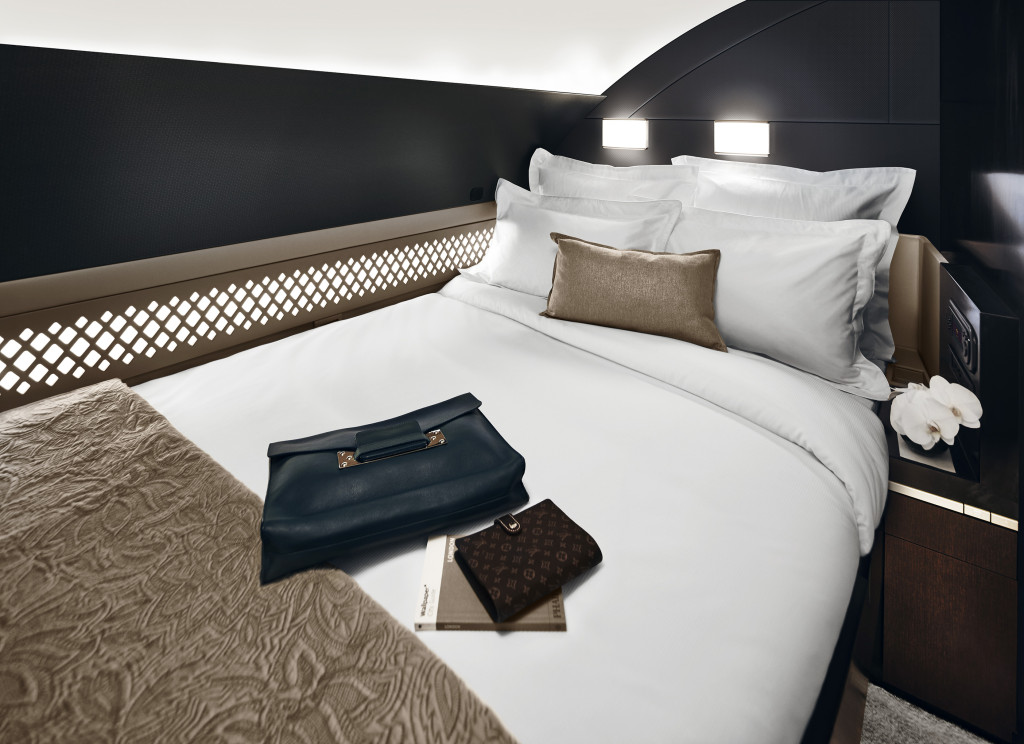 Of course, space isn’t the only inequality on board: fares can vary widely, and have done for years.

A fascinating article by Severin Borenstein and Nancy Rose in the Journal of Political Economy (1994, Vol 102, no 4) examines economy class fare data from a decade earlier (Eastern’s Boston-LaGuardia route and TWA’s Phoenix-Las Vegas flights, anyone?).

Interestingly, “on routes served by more than one carrier, the difference in average prices between firms is generally much smaller than the average difference in prices paid by any two customers of the same airline.”

It might seem counterintuitive, but competition, which drives the lowest fares down, actually increases inequality on board — the cheapest tickets sell for less at the airlines while the most expensive tickets are not reduced by the same proportion.

In Borenstein & Rose’s words: “consider a route on which a single incumbent carrier charges ‘full fare’ to business travelers (who are likely to have low demand elasticities for air travel and high brand allegiance) and a discount fare to discretionary travelers (who are likely to have higher demand elasticities for air travel and low brand allegiance). If an entry by a new carrier induces the incumbent to lower both prices but to lower the discount price by relatively more, then price dispersion may increase as concentration declines in the market.”

Yet none of these analyses take into account the fact that business and first class seats often cost significantly more than economy, with premium tickets often costing more per square inch of space than economy tickets. 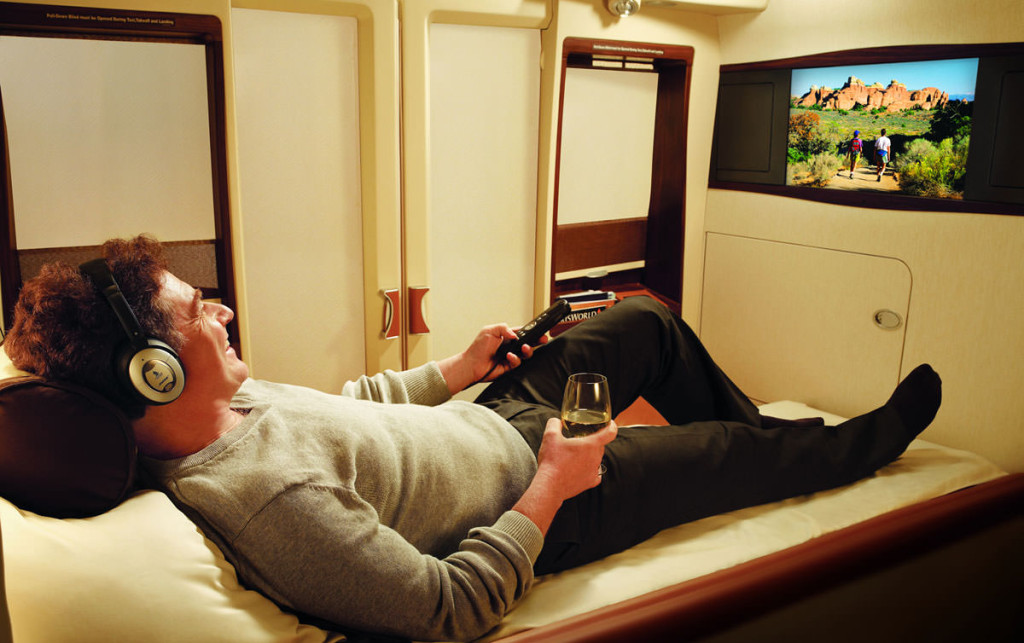 Let’s take some examples: Singapore Airlines’ Suites Class on its Airbus A380 aircraft is located in the main deck area between doors 1 and 2. Emirates has the same economy seat pitch as SQ, and uses that main deck area for economy. Comparing SQ’s 12 Suites to Emirates’ 76 economy seats gives a ratio of 6.3 economy passengers to one Suites passenger in other words, if the Suites passengers are paying more than 6.3 times the cost of economy, they are providing a subsidy.

A quick check of the fares between Singapore and London Heathrow for a notional return flight on 10-17 August this year gives economy prices of SGD 1893 in economy and SGD 14,494 in Suites: a ratio of 7.7. Return flights to Frankfurt on the same dates give a ratio of 7.6.

Of course, there are costs external to seat space, but these are likely a wash — on the one hand Suites class passengers sip their choice of Krug or Dom Pérignon, and enjoy access to luxury lounges, but on the other those six economy passengers have a greater combined baggage allowance and use up more airport staff time and ticketing costs.

But these back-of-an-envelope calculations suggest that having first class passengers on board is actually beneficial to the price of economy tickets — even if it’s hard to put a price on our feeling of envy when we walk past on our way to the back of the plane.