Whether real or perceived, Boeing appears to be moving a little faster than its European rival to add new inflight entertainment and connectivity solutions to its aircraft catalogues.

Earlier this week, Global Eagle Entertainment announced that its Ku-band inflight connectivity system is “provisions offerable” on new Boeing 737 aircraft, meaning the airframes are primed to be installed with the necessary hardware during Post Delivery Modification (PDM). Global Eagle expects to receive full linefit offerability on the narrowbody this year when aircraft will roll off the production line with the Ku system.

On the embedded inflight entertainment (IFE) front, Irvine, California-based Lumexis has picked out its space at the new Boeing 737 Interior Configuration Studio in Renton, Washington, as it expects to receive full linefit offerability for its fiber optics-based fiber-to-the-screen (FTTS) IFE system on the 737 in the fourth quarter of 2015. 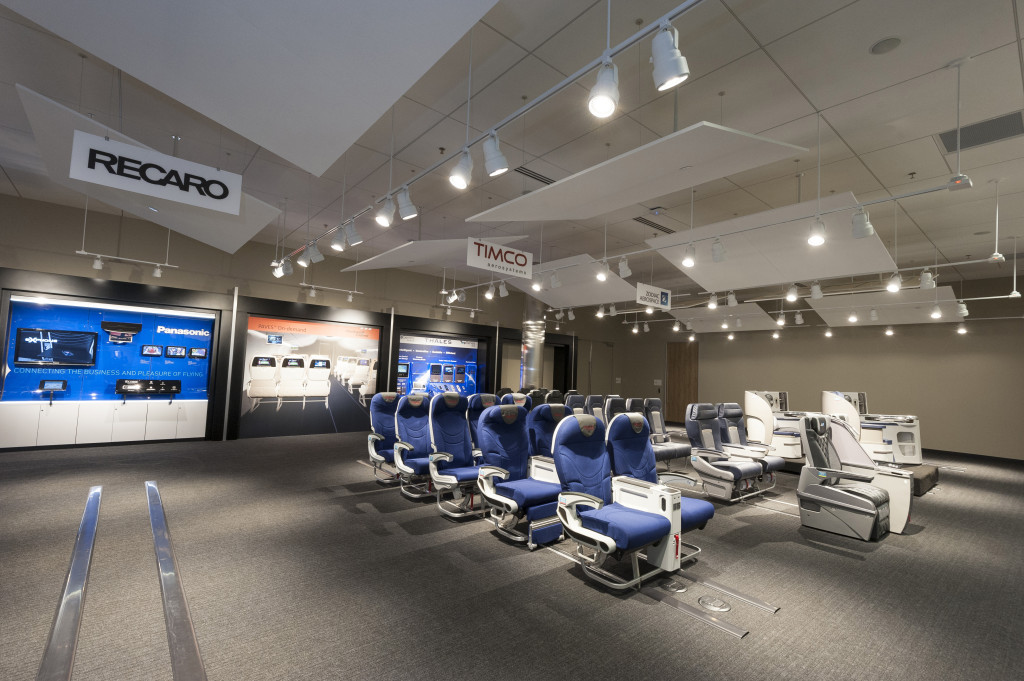 As it awaits full linefit status, Lumexis – like Global Eagle and Gogo – will benefit from being provisions offerable. Boeing is on track to deliver the first Lion Air 737-800 with FTTS provisions in early February. “This means that while the LRUs [line replaceable units] aren’t present, all the wiring has been done and the aircraft are ready to accept [the IFE hardware]. It results in a far simpler PDM,” company CEO Doug Cline tells RGN.

For the last several years Lumexis’ FTTS launch customer, flydubai, has employed a PDM strategy for fitting its aircraft with the system; the typical PDM takes two to three days. Though these installs were initially completed at Aviation Technical Services (ATS) in Everett, Washington, the site was switched about a year ago. A couple installs were carried out at Monarch in the UK and now all of them are completed at Jordan Aircraft Maintenance Ltd. (JarAMCo) in Amman, Jordan. In parallel flydubai has retrofitted all of its FTTS-installed 737s with a two-class configuration that adds business class seats manufactured by Italian firm Geven.

Obtaining full linefit offerability, however, is key for Lumexis, as carriers want to be able to take delivery of their aircraft with all systems installed. “We’re well down the road and scheduled for linefit with Boeing in the fourth quarter of 2015,” says Cline. “That’s now tantalizingly close for us; it’s exciting and paves the way for other aircraft types down the road.”

Cracking into the current generation 777 and 787 catalogues, as well as the next generation 777X – and posing competition to linefit offerable Panasonic and Thales – is also a goal held by Lumexis.

But in the meantime, it continues to retrofit its system on a variety of types. It has installed FTTS on two Turkish Airlines Airbus A330s “and had great positive feedback from them; they’re delighted with the system,” says Cline. “The other customer ramping up strongly is Lion Air group carriers Batik Air and Malindo Air. By the end of 2014 Lumexis had completed 12 installs for Lion Air – eight 737s and four A320s. 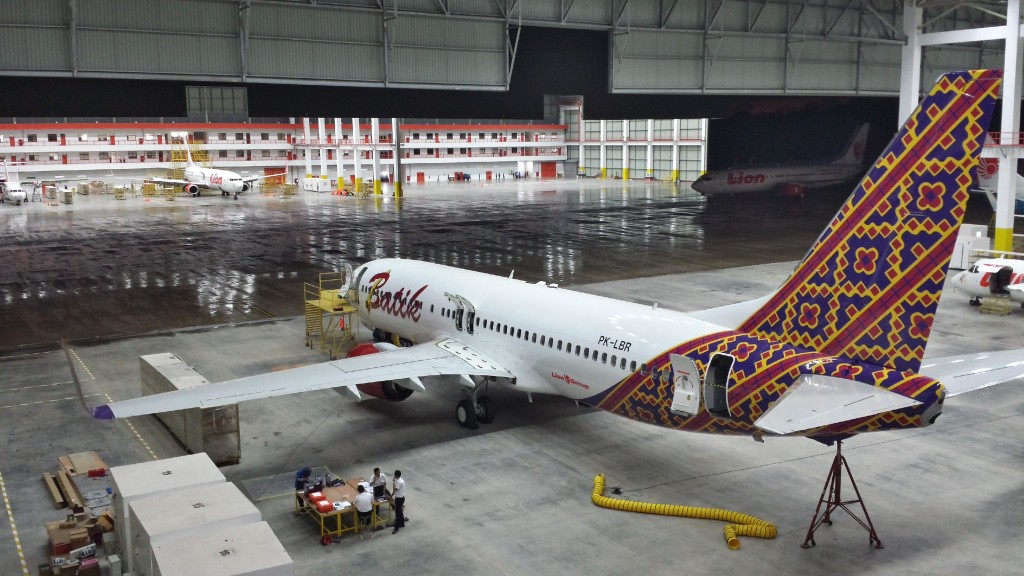 Though it seems that not a week goes by without somebody in the press sounding the death knell for in-seat IFE due to the proliferation of personal electronic devices (PEDs) in the cabin, Cline says airlines still want embedded systems in part because early window (EW) movie content is “where it’s at and passengers still want it”. To date, Hollywood studios continue to disallow the streaming of early window movie content to passengers’ own devices. This limits the type of content that airlines can offer on wireless IFE systems.

“If you look at the long-haul carriers, and even on single-aisle aircraft with longer legs, embedded seat-back screens are there for the foreseeable future. Whether or not they stay being wired seat back screens, that depends on how the technology evolves. But I just don’t see the seat-backs being pushed out,” says the Lumexis CEO.

Will Hollywood ever relent and allow the streaming of EW content? “We have a manager here steeped in the industry and has dialog with studios every day and they say all the time ‘we don’t see that on the horizon; we’re sensitive to the demand but we’re also sensitive to piracy. It’s a matter of risk to us’,” says Cline.

Lumexis VP of sales Jon Norris adds, “The studios are being constantly challenged by some of the other media distribution channels, think of Hulu and Netflix, and the general public’s media consumption habits are changing and morphing, but there is still huge demand for EW content.” 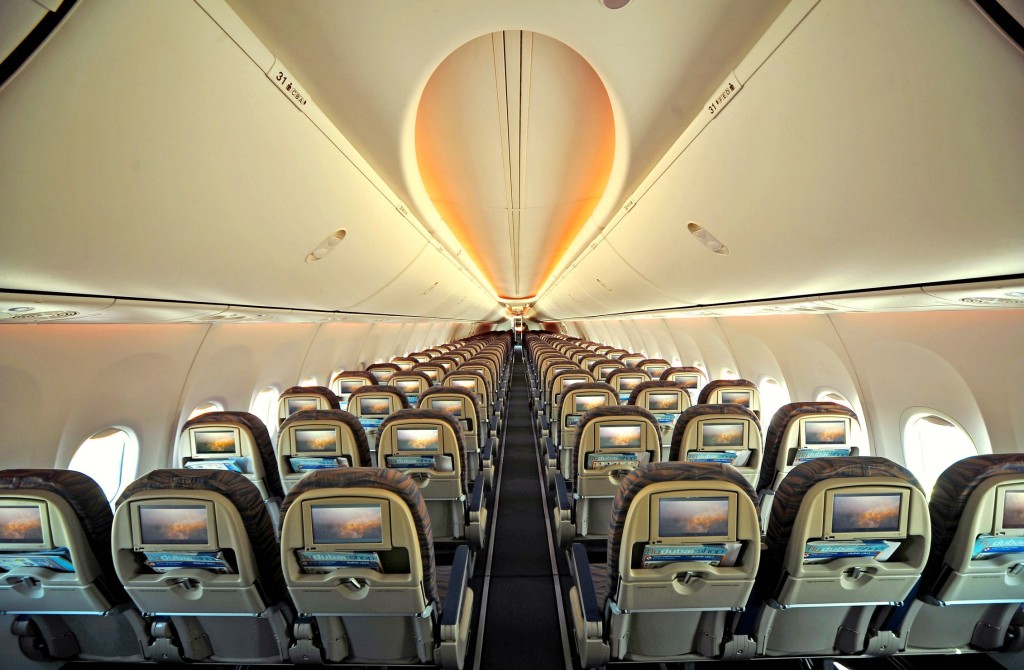 The Lumexis FTTS system integrated into Recaro seats on flydubai

And while the likes of Global Eagle and Gogo are clearly making progress in their efforts to crack into the Boeing catalogues with their connectivity products, Lumexis does not see connectivity as a threat to embedded IFE, at least not at the moment.

“We’re not strong believers in the business case for broadband over water with Ka or Ku delivery. Most of the content – 90-plus percent – can be cached on board,” says Norris. That’s not to say that Lumexis isn’t playing nicely with connectivity providers. “It’s no secret that we’re working with flydubai on their introduction of using existing Iridium systems for cabin functionality but it doesn’t matter what kind of flavor of connectivity an airline selects, we can integrate with anyone.”

In closing, says Lumexis president and COO Lou Sharkey, “2015 is going to be an incredible year for Lumexis. We will have some very exciting announcements to make at AIX in Hamburg so watch this space!” The Aircraft Interiors Expo (AIX) will be held on 14-16 April.