Irish eyes were smiling in New York, Dublin and Seattle as Ryanair CEO Michael O’Leary signed for up to 200 Boeing 737 MAX 200 aircraft, worth $22 billion if all 100 options are converted into orders, lasting all the way up until 2029.

The trick: an extra emergency exit door, similar to the 737-900ER, in the aft section of the fuselage, so enough passengers can be evacuated within the 90-second emergency limit.

Ryanair says it will only (“only”!) cram in 197 passengers on the aircraft, rather than the full 200. The airline says it wants to avoid dropping to 29” of seat pitch — it currently offers 30” in its standard seats.

Eight extra seats is probably the equivalent of a row and a half of seats, assuming that one flight attendant will need to sit by the new aft door and take up a space there. So how will this be accomplished?

Smaller lavatories are a key source of that space. Ryanair currently has two aft lavs, so expect at the very least an implementation of the space-saving B/E Aerospace lavs that create an extra row. B/E  holds an exclusive contract with Boeing to produce modular lavatories for the 737 family of aircraft, including the 737 MAX.

During Gabelli’s 20th Annual Aircraft Supplier Conference today, B/E Aerospace chairman and CEO Amin Khoury was asked about B/E’s content for the Ryanair 737 MAX 200, as well as whether the company expects to win new lav retrofit business on Ryanair’s current 737s, plus Qantas’ 737s and British Airways’ 747s which have been earmarked for modifications.

While Khoury didn’t address the 737 MAX 200 specifically, he discussed B/E’s lav retrofit opportunities, saying, “Well I think in all cases, the programs for all of those cases…have not been awarded. One of them, we believe, will be awarded, and awarded to us. We are not at liberty to say which one this morning because it hasn’t been announced by either the customer or by us. But we do expect we will be announcing a major lav retrofit program with one of the companies which you mentioned.”

For the 737 MAX 200, Ryanair could replace roughly half of the galley kitchen space, while fitting two smaller lavs into half of the back wall of the plane. To make the numbers work around the edges, Ryanair could remove the starboard side row 2 bulkhead wall, or install airbags to allow for a closer pitching of seats.

A new generation of non-reclining slimline seats would allow Ryanair to carve out half an inch or so while still officially rounding to 30” of pitch. Ryanair could well be cagey with the numbers and use an average (including exit rows) rather than the lowest available amount when quoting pitch on the aircraft. Across 32 rows, half an inch from each row would give the airline over 16” of pitch to play with.

So, by saving 16” or so from new seats, plus a bit more than 36” from new lavatories, Boeing and Ryanair simply need to find a few more inches elsewhere in the plane to hit the magic 197-seat number with relatively little trouble.

And as Ryanair goes, so goes the rest of the airline industry. Delta is already flying the B/E Spacewall lavatories on its 737-900ER planes. And Khoury today noted, “Boeing has begun the delivery of 737s with additional seating capacity and B/E Aerospace Spacewall lavs; those airlines are just coming into service now in a number of airlines. I think there are nine airlines now just beginning to fly that airplane. All of those airlines will be looking at retrofits of their existing fleets over time.” He added that this shift to flying modular lavs represents “the beginning of the retrofits associated with new 737s and the additional seating capacity.”

Additionally, Airbus and Zodiac Aerospace have been rolling out their own versions of modified galleys and modular lavatories on aircraft.

Will the 737 MAX 200’s high-density experience be as popular as Boeing clearly hopes? 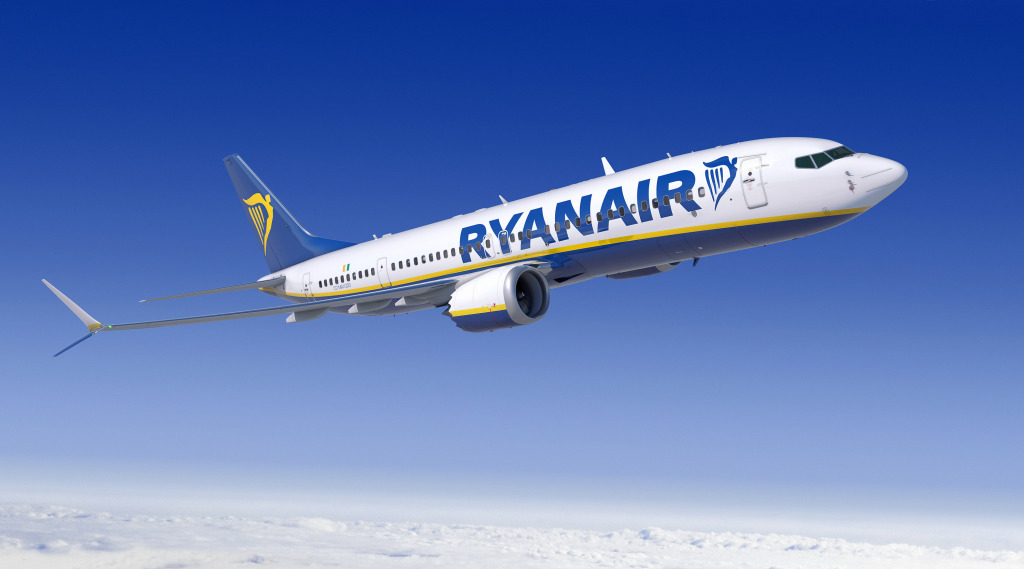