FRANKFURT: On 5 May, an intimate group of international journalists collected in a conference room at ‘The Square’, a business centre above the ICE rail station at Frankfurt International Airport, for a press conference hosted by aircraft seating manufacturer Recaro. The presentation made by Recaro CEO Dr. Mark Hiller and Andreas Lindemann, chief sales officer, revealed the company’s 2013 results for the first time and was full of optimism, in addition to some bold projections, regarding future growth.

Since 1971 Recaro has become a serious player in aircraft seating and can be listed amongst the top three suppliers to commercial airlines. As far as global market share in economy-class seating is concerned, Recaro claims approximately 40% (a number Recaro says was very recently verified by Airbus figures).

Last year the company made good forward progress – seemingly on all fronts. Though Hiller pointed to a volatile market overall, the CEO was proud to say that Recaro had managed to navigate many obstacles and report an increase in turnover from EUR 309 million in 2012, to EUR 337 million in 2013. He attributes these gains to a diverse workbook, meaning a balanced split of projects by geographic region, seating type, aircraft type, airline type (international premium and regional or low-cost), line fit and retrofit programs, as well as adherence to delivery dates and overall quality of product. 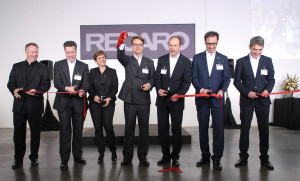 “One of the other highlights (of 2013) was our BL3520 product,” said Hiller. “We have sold the product more than 200,000 times and already delivered a huge portion of them. We are able to deliver this seat out of four sites: Germany, the US, Poland and China. This is a lot of flexibility and it’s thanks to our global set up.”

In addition to celebrating the BL3520 economy seat as one of its most successful launch products to date, Recaro re-invested millions back into operations in 2013. Production space at the company’s Dallas/Fort Worth plant was doubled, a new production site in Qingdao, China, was inaugurated, processes at all locations were enhanced and roughly 300 bodies were added to the global workforce.

Recaro is optimistic that the BL3530 seat introduced at the Aircraft Interiors Expo this April (a tune-up of the BL3520 featuring tablet holder and other features optimized for the “connected” passenger), along with the sleek new CL6710 long-range business class product, will assist in continued success and help push the company to a 2014 growth of 7%. 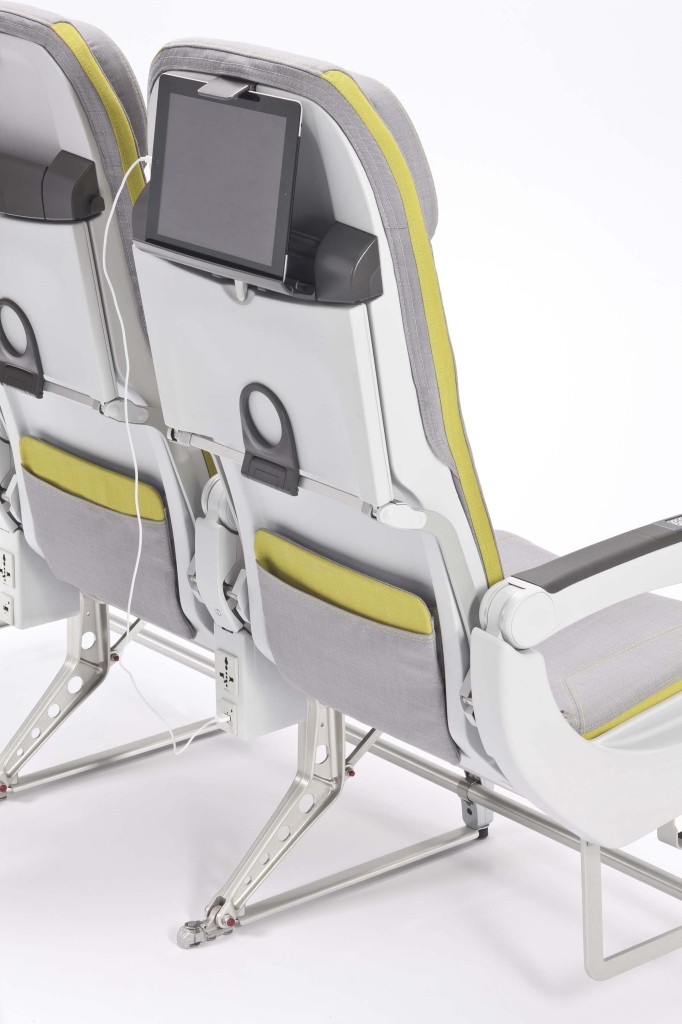 Though Recaro is already strong in the economy class segment (which makes up 45% of the overall seating market) it is clear that the company is trusting the CL6710 to advance its position in the business long-haul arena, which with the slow demise of true “first class”, has grown steadily to also represent 45% of the market.

Recaro anticipates a EUR 600 million sales turnover in 2018 – a forecast translating to 12% growth year-on-year over the next five years. With the global commercial interiors market generally growing at a rate of 6-9% each year, the only way to achieve this lofty goal is to take a bite out of some very stiff competition. Though Interior juggernauts like B/E Aerospace and Zodiac Group continue acquiring smaller firms and posting even more impressive growth figures, top brass at Recaro are not discouraged.

“Regarding this target we are really confident we on the right track. In terms of revenue, we see much more demand – especially in premium and business seating – and we are very positive in terms of growing the company with new long-range economy and business class products” says Hiller, adding that some of his larger competitors cannot attribute all growth to seating, making comparisons difficult. 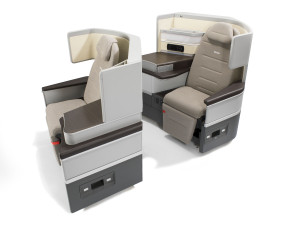 One of these rivals, B/E Aerospace, surprised the market a few days ago when it announced it is exploring strategic alternatives involving the company and its respective businesses, including a possible sale or merger of the company; the sale, spin-off or other separation of selected businesses within B/E or other strategic transactions involving the firm or its businesses.

During the Recaro press briefing in Frankfurt, a Reuters reporter asked a two-part question concerning whether Recaro was interested in buying up a part of B/E, and whether the industry is ripe for consolidation.

Lindemann responded, “I think there will be more consolidation going forward [in the seating industry in general] but I think in size in general the market is already pretty consolidated. Our interest in terms of consolidation or strategic activities, this is something we are looking into it for sure, if there are options we evaluate them.

“This is…similar to what we have done for example with our composite competence in South Africa, where we have acquired 100% of the share of the companies in the last years to enlarge our competencies in composites.”

Hiller added, “Looking specifically at the seat market, three companies have about 85% market share, so its very consolidated already.”

Industry analysts are scratching their heads as to which firm might emerge as acquirer, and for which assets. RBC Capital Markets in a report this morning says the most popular potential suitors include Safran, GE, Honeywell, and Wesco Aircraft. An acquisition of B/E “would scotch any lingering concerns” that Safran is interested in buying Zodiac, said RBC, calculating that Safran “has financial firepower of $12 billion so it could afford” a B/E acquisition. However, some less obvious companies may be contenders as well, as explored on RGN Premium.

Meanwhile, Recaro estimates that by 2018, it will have organically increased its market share in the global commercial aircraft seating business from 15% to 20%. The company also predicts that within five years, it will have increased its global workforce to 2,400. There are no current plans to open additional production facilities.

Icelandair brings 757s into this century by digitizing the fleet