Frontier Airlines and Denver International Airport (DEN) today celebrated a ceremonial groundbreaking for the new 120,000-square-foot ground boarding facility on the east end of Concourse A at Denver International Airport. The project includes the remodeling of 83,000 square feet of space, along with a 37,000 square-foot expansion area. The facility will feature 14 gates and an adjacent 8,000-square-foot maintenance facility.

“We’re thrilled to join with our partners at Denver International Airport and the City of Denver to break ground on this new facility, which will provide a beautiful, convenient, customer-centric experience for departing and arriving Frontier passengers,” said Barry Biffle, CEO of Frontier Airlines.

“The use of ground boarding will cut boarding and deplaning times in half by allowing customers access to aircraft from the front and rear and will help support our expansion at DEN. As Colorado’s hometown airline, we are excited to further grow our commitment to the Denver community and beyond and offer an exceptional customer experience at DEN.”

“Frontier has served the Denver community for 28 years and has been a tremendous partner to DEN,” said DEN CEO Phil Washington. “The extension of our ground load facility will allow Frontier and DEN to continue to grow, providing more options for travelers. We are thankful for their continued commitment to the airport and community and we look forward to welcoming Frontier passengers for many years to come.” 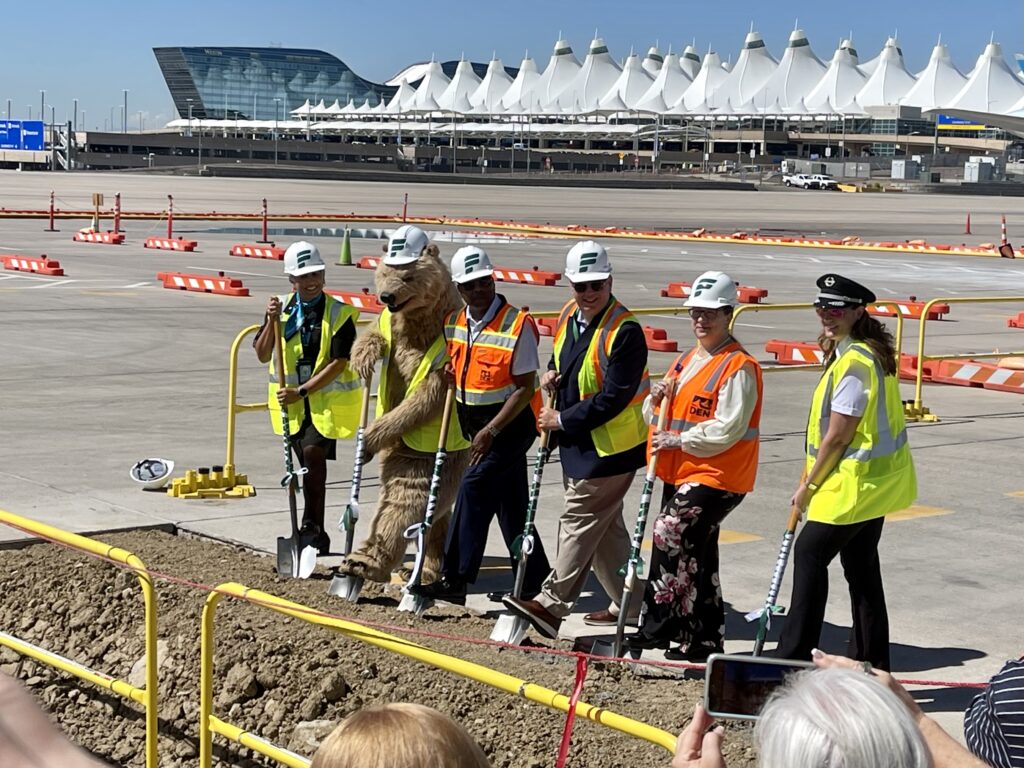 The new facility will feature a variety of customer conveniences including charging stations, nursing room, pet relief area, food and retail operations and a customer service center. Escalators will transport customers from the existing Concourse A to the new ground-level facility.

Air stairs and switchback ramps will enable dual door boarding and deplaning. Frontier will have preferential use and scheduling rights for the 14 gates, along with exclusive branding rights throughout the facility.

A new 8,000-square-foot maintenance facility will allow for centralization of personnel and parts in close proximity to the gates.

The entire facility will be complete and operational by mid-2024.

Frontier Airlines is committed to “Low Fares Done Right.” Headquartered in Denver, Colorado, the company operates more than 110 A320 family aircraft and has among the largest A320neo family fleet in the U.S. The use of these aircraft, Frontier’s seating configuration, weight-saving tactics and baggage process have all contributed to Frontier’s continued ability to be the most fuel-efficient of all major U.S. carriers when measured by available seat miles (ASMs) per fuel gallon consumed.

Denver International Airport is the third-busiest airport in the world. DEN is the primary economic engine for the state of Colorado, generating more than $33 billion for the region annually.

All images credited to Frontier Airlines