Etihad Airways, the national airline of the UAE, today launched a new experience for families flying with Etihad. The airline has partnered with the award-winning theme park, Warner Bros. World™ Abu Dhabi, to launch a one-of-a-kind family friendly experience on board its fleet.

Etihad’s new ‘Little VIP’ campaign recognises that young travellers are all very important people and aims to make travelling with children as easy and enjoyable as possible. The Park’s iconic Animation characters like Scooby-Doo, and Looney Tunes including Sylvester and his beloved nemesis Tweety, are emblazoned across the children’s activity packs given to guests travelling on longer flights with Etihad.

The airline’s new children’s gifts are designed in three age ranges. For infants up to 2 years old, parents will be given a soft fleece blanket decorated with the faces of Tweety, Bugs Bunny, Daffy Duck and Sylvester for them to take home. Young flyers aged 3 to 8 years, will be given a drawstring bag featuring an activity book, crayons, memory card game and passport holder. Tweens and teens aged 9 to 13 will be delighted with a Scooby-Doo themed backpack featuring the Museum of Mysteries board game designed to promote Yas Island’s incredibly immersive indoor theme park, Warner Bros. World Abu Dhabi. 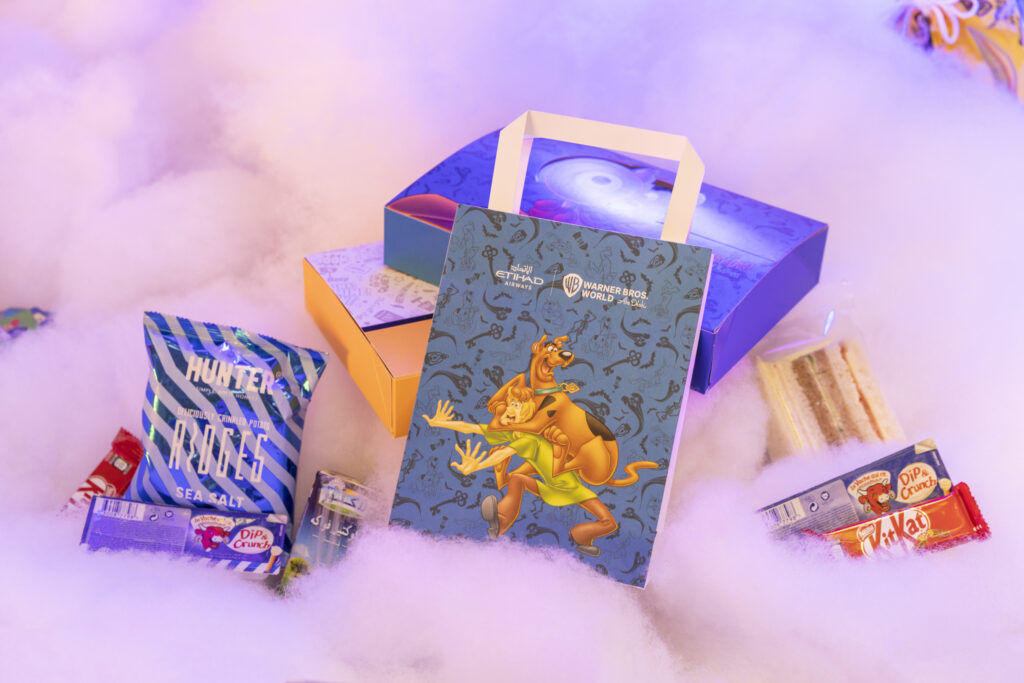 In addition to the Warner Bros. World Abu Dhabi’s themed inflight gifts, Etihad is bringing a comprehensive family travel experience to life, through cabin crew and ground crew training to identify and support family travel needs. At Abu Dhabi International Airport, a dedicated family check-in space will be available for families with minimised queuing to make family journeys as smooth as possible. Thoughtful touches include a small set of stairs at check-in counters meaning young eyes can take a peek at the check-in process with ease.

In flight, young travellers will be given their meals first for convenience, and diners will experience Warner Bros. World Abu Dhabi themed dining equipment in bright colours. The menu has been enhanced based on consultation and feedback from family travellers and as a result requested traditional children’s favourites such as fusilli pasta with meatballs, waffles and pancakes have been added to the menu.

In line with Etihad’s sustainability ambitions, the new children’s packs and dining experience have been designed with product purpose and reusability in mind. The gifts are designed to be taken away and treasured, encouraging children to feel excited about travelling with Etihad. The amenities have also been designed without the need for individual packaging, avoiding the use of single use plastics. 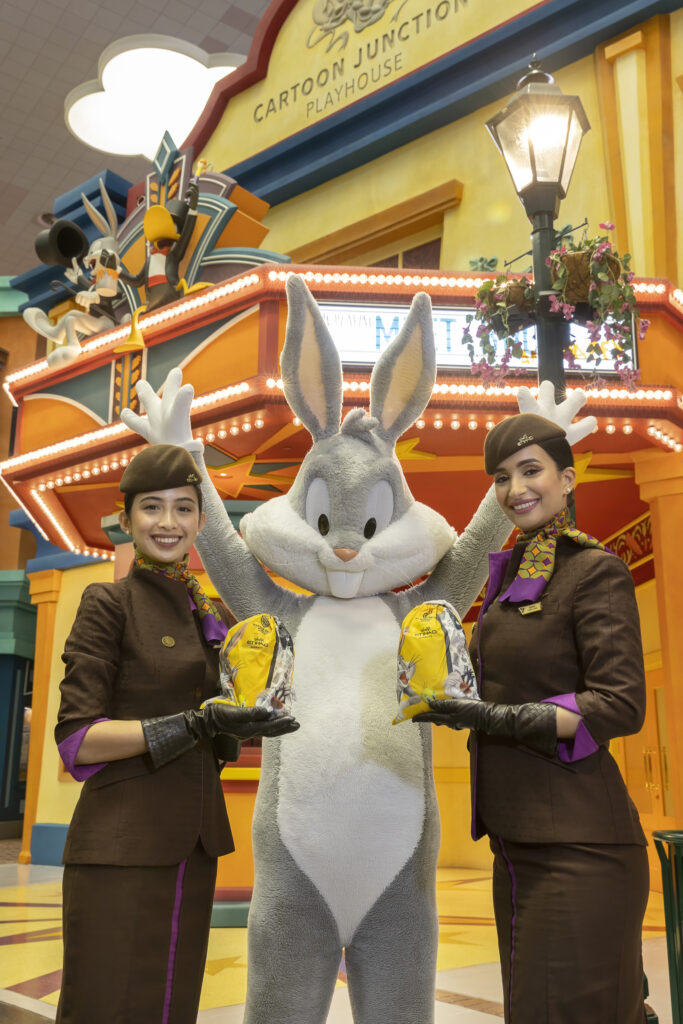 Young flyers will also be kept amused on board by a bespoke children’s section on Etihad’s inflight entertainment, designed in a fun, kid-friendly format. Etihad offers a wide selection of family-friendly Warner Bros. movies and TV shows including Space Jam, Scooby-Doo, Tom and Jerry, Looney Tunes, Bugs Bunny and the Flintstones. A selection of TV shows for older kids from the DC Universe includes Batman, Justice League and Teen Titans.

In addition, an extensive selection of music albums for kids is complemented by a variety of e-games for avid gamers, which can also be played seat-to-seat.

Terry Daly, Executive Director Guest Experience, Brand and Marketing, Etihad Airways, said: “This year, we will bring product innovation to the forefront, and this is the first of many exciting developments to look forward to. We’re thrilled to be kicking this off with a focus on our ‘Little VIPs’ and their families. We understand and appreciate that it’s not always easy travelling with little ones, however, this collaboration with Warner Bros. World Abu Dhabi is designed to make the travel experience an exciting one for children and an easier one for their parents. With the help of Scooby-Doo and the Looney Tunes, we promise that even the tiniest travellers will love every minute of their journey with Etihad Airways.”

Don Strickler, General Manager, Warner Bros. World Abu Dhabi, said: “We are pleased to be joining hands with Etihad Airways to provide a unique and fun experience for kids and their parents. Be it onboard their flight or while visiting our highly immersive lands, Warner Bros. World Abu Dhabi delivers the ultimate themed journey for guests of all ages. We are confident that the introduction of everyone’s beloved Animation characters will add further entertainment for families to enjoy unforgettable moments while traveling. We look forward to widening the horizons of our partnership with the UAE’s national airline and hope to continuously expand our offerings with every new addition.”

Etihad Airways, the national airline of the UAE, was formed in 2003 and quickly went on to become one of the world’s leading airlines. From its home in Abu Dhabi, Etihad flies to passenger and cargo destinations in the Middle East, Africa, Europe, Asia, Australia and North America. Together with Etihad’s codeshare partners, Etihad’s network offers access to hundreds of international destinations. In recent years, Etihad has received numerous awards for its superior service and products, cargo offering, loyalty programmes and more. Etihad is recognised as one of the world’s leading airlines in response to COVID-19 and was the first airline in the world to fully vaccinate its crew on board.

Etihad sees tackling the climate crisis as the most important issue of our time, and through strategic partnerships with major global aviation brands and OEMs, Etihad is relentless in its pursuit of industry decarbonisation.

Since its opening in 2018, Warner Bros. World has won over 26 prestigious industry awards. Most recently in 2021, the park was named Best Theme Park in the Middle East by the International Travel Awards and the Middle East’s Leading Tourist Attraction by the World Travel Awards among others.

Warner Bros. World Abu Dhabi was developed by Miral, Abu Dhabi’s leading curator of magnetic experiences and Warner Bros. Themed Entertainment, a worldwide leader in the creation, development and licensing of location-based entertainment, live events, exhibits and theme park experiences based on WarnerMedia’s iconic characters, stories, and brands. The Park is managed and operated by Farah Experiences, the leading operator of the world-class theme parks, entertainment experiences and cultural attractions.

All images credited to Etihad