The Pratt & Whitney GTF Advantage™ engine for Airbus A320neo family aircraft further extends the economic and environmental benefits of the existing GTF engine. The GTF Advantage configuration reduces fuel consumption by an additional 1 percent, extending the engine’s lead as the most efficient powerplant for the A320neo family. In total, the engine decreases fuel consumption and CO2 emissions by 17 percent compared to prior-generation engines. Additionally, the GTF Advantage engine will be compatible with 100 percent sustainable aviation fuel (SAF) at entry into service, helping the industry meet its commitment to net zero emissions by 2050.

This new configuration delivers higher thrust, both at sea level and for “hot and high” airports. With up to 34,000 pounds of takeoff thrust per engine, the Advantage configuration makes GTF the most powerful engine for the A320neo family. The higher thrust rating enables increased range and payload, unlocking more destinations for airlines.

The current generation of Pratt & Whitney GTF™ engines for the Airbus A320neo family reduces fuel consumption and carbon emissions by 16 percent compared to prior-generation engines and are certified to operate on 50 percent SAF.

“GTF engines met or exceeded fuel, emissions and noise commitments from day one and have since achieved a strong record of dependability and low operating cost,” said Carroll Lane, president of Commercial Engines at Pratt & Whitney. “GTF Advantage provides even more value to our customers, both in revenue potential and environmental impact, with lower fuel burn and new route opportunities.” 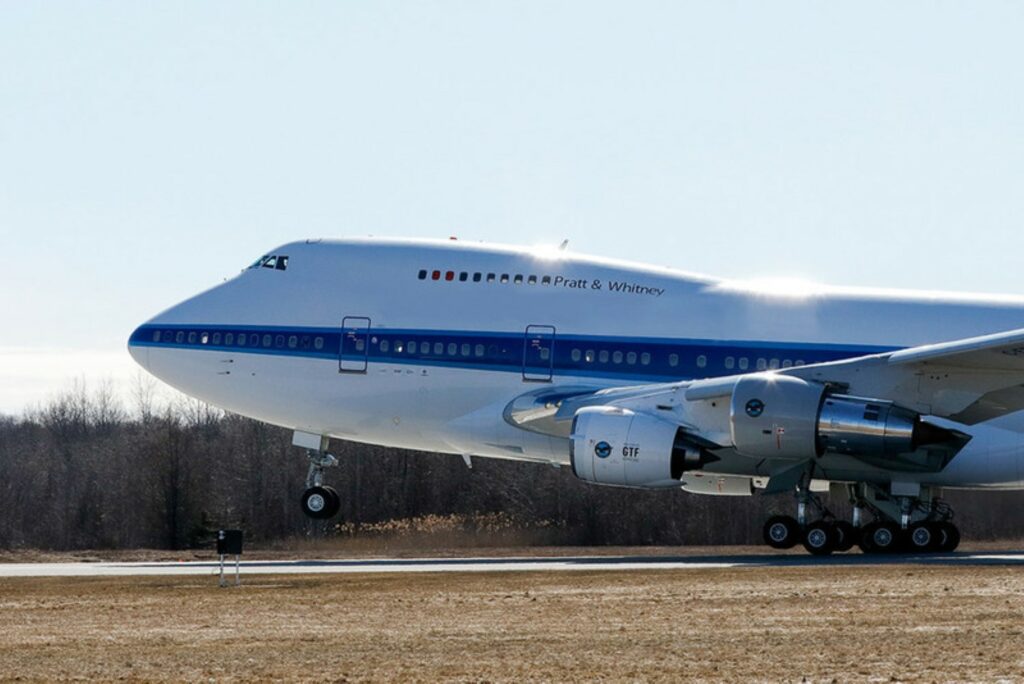 The GTF Advantage configuration includes technology enhancements throughout the engine core, for which Pratt & Whitney has already completed more than a year of ground and flight testing. The engine will be available for A320neo family aircraft starting in January 2024. For a seamless introduction for operators, this new configuration will be interchangeable with already delivered engines and will become the new production standard for A320neo family aircraft.

“We always said our geared fan architecture has a long runway for growth and future development, and the GTF Advantage demonstrates this,” said Tom Pelland, senior vice president of GTF Engines at Pratt & Whitney. “Our gear system, and the overall engine architecture it enables, are foundational to unlock the benefits of advanced aerodynamics, materials and systems. We are committed to continuing to invest in these technologies for the next generation of commercial aircraft.”

From more fuel-efficient jet engines to lower carbon radars, Raytheon Technologies and its businesses support our customers’ climate goals by developing the technologies that will make those goals possible. Click here to learn more about the future of sustainable aviation.

Pratt & Whitney is a world leader in the design, manufacture and service of aircraft and helicopter engines, and auxiliary power units.

Raytheon Technologies Corporation is an aerospace and defense company that provides advanced systems and services for commercial, military and government customers worldwide. With 195,000 employees and four industry-leading businesses ― Collins Aerospace, Pratt & Whitney, Raytheon Intelligence & Space and Raytheon Missiles & Defense ― the company delivers solutions that push the boundaries in avionics, cybersecurity, directed energy, electric propulsion, hypersonics, and quantum physics. The company, formed in 2020 through the combination of Raytheon Company and the United Technologies Corporation aerospace businesses, is headquartered in Waltham, Massachusetts.

This press release contains forward-looking statements concerning future business opportunities. Actual results may differ materially from those projected as a result of certain risks and uncertainties, including but not limited to changes in levels of demand in the aerospace industry, in levels of air travel, and in the number of aircraft to be built; challenges in the design, development, production support, performance and realization of the anticipated benefits of advanced technologies; as well as other risks and uncertainties, including but not limited to those detailed from time to time in the company’s Securities and Exchange Commission filings.

All images credited to Pratt & Whitney

JetClub CCO Alessandra Testa on having her dream job