Ask any aviation person how they entered the industry and the response often involves a family member who worked or continues to work in it. But not for Cat Wren, Chief Experience Officer at Business Jet Center (BJC), a Dallas Love Field-based fixed base operator (FBO).

“I was introduced to business aviation by a friend. I had no idea what it was. With about two months before I graduated college, I thought I should probably figure out what I was going to do. I was visiting a former college teammate in Dallas. She was working for FC Dallas [a soccer club], and I just knew I wanted to do something similar. We were at lunch when one of her co-workers said, ‘Let me make a call.’ She spoke to a friend, the brand manager at BJC, telling her about a gal who wanted to move to Dallas.”

Armed with GPS coordinates and a phone number, Wren set off to the airport. “I asked my friend: ‘What do they do?’ ‘Oh, something with airplanes.’ So, I think I’m applying to be a flight attendant,” she recalled.

“Pulling up at the FBO with its business jets and chandelier in the lobby, I felt I’d arrived on a movie set. The interview was very informal as I shared my story and how I dreamed of working in sports. She said, ‘Let me tell you a little about the FBO business,’ and warned me that if I got into the industry, I’d get addicted. I received a call a week later and accepted a position on the flight line.”

After graduating on a Saturday, Wren moved on Wednesday and started working at the FBO on Monday. That was 2011, and as predicted, she was soon hooked.

Subsequently moving into marketing, working alongside her original interviewer, Wren rose to be her replacement and now runs all of the company’s sales and marketing. 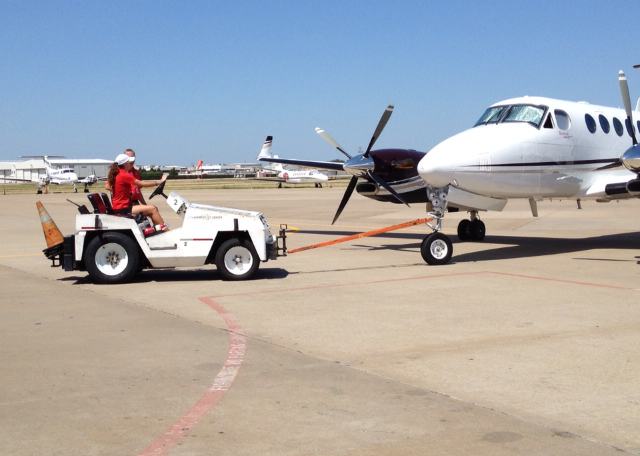 But what caused a would-be sports communicator to become an aircraft tug driver? “Initially I thought I was crazy, but less than three months in, I really was addicted!”

As her passion grew, she wanted to know more. “I wanted to learn how to tow and know about jet fuel. I became the ‘Question Queen’, asking about everything. Because I kept asking how aircraft were towed, I was trained and became the first female at BJC to tow since 1993,” she told Runway Girl Network.

Wren’s experience illustrates the range of opportunity the industry offers but struggles to communicate – she’s not a pilot, nor a flight attendant and isn’t an engineer. It also demonstrates there are no insurmountable barriers to women, although she admits her progress was occasionally difficult.

“There was some resistance when I asked about towing. It was unusual for a woman to want to know and although no one said anything, there was clearly a male culture. But once I got trained, it wasn’t a problem.”

Wren believes that professionalism, ability and aptitude are the most important qualities in the people she works with. “You can teach anybody to perform the FBO functions, but we really look for servants’ hearts. For that, gender is irrelevant.”

Looking ahead, she believes the current generation needs to encourage the next generation of young people into aviation. The Business Jet Center invests heavily in local charity efforts, through which relationships with elementary schools have developed. We get the opportunity teach these kiddos that aviation is more than just pilots and commercial airlines. I didn’t know a lick about business aviation, but I jumped into the unknown and really found my niche.” 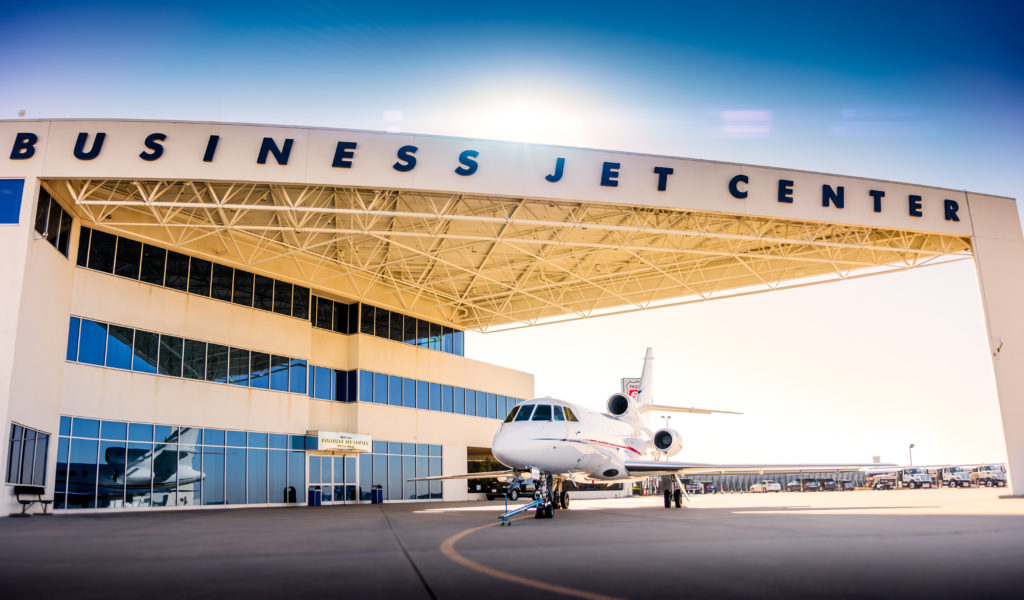