Before sunrise on 4 September, passengers and team members of American Airlines began to gather at Dallas/Fort Worth International Airport’s gate C2 to celebrate the sunset of a plane known as the “Super 80” or “Mad Dog” and to reminisce about their experiences on board the venerable MD-80.

At the gate, the air was filled with excited conversation and music from the 1980s, and many of the passengers were dressed in Super 80 shirts or 1980s attire while they posed for photos with signs or balloon sculptures marking the MD-80’s retirement at American.

The US major added a special revenue flight to its schedule for the day, flight 80, which operated from DFW to Chicago O’Hare (ORD), and departed at 9:00am.

Tickets for flight 80 were sold out shortly after it was added to the schedule, and the standby list included over 750 American employees who wanted their names included on the flight manifest for this historic occasion.

The aircraft used for this flight was the final MD-80 ever delivered in 1999, registered N984TW. During its service, first with TWA and then with American, N984TW accumulated 27,554 cycles and 53,598 hours in-flight.

The final group of 26 MD-80s retired on this day carried over 84 million passengers. 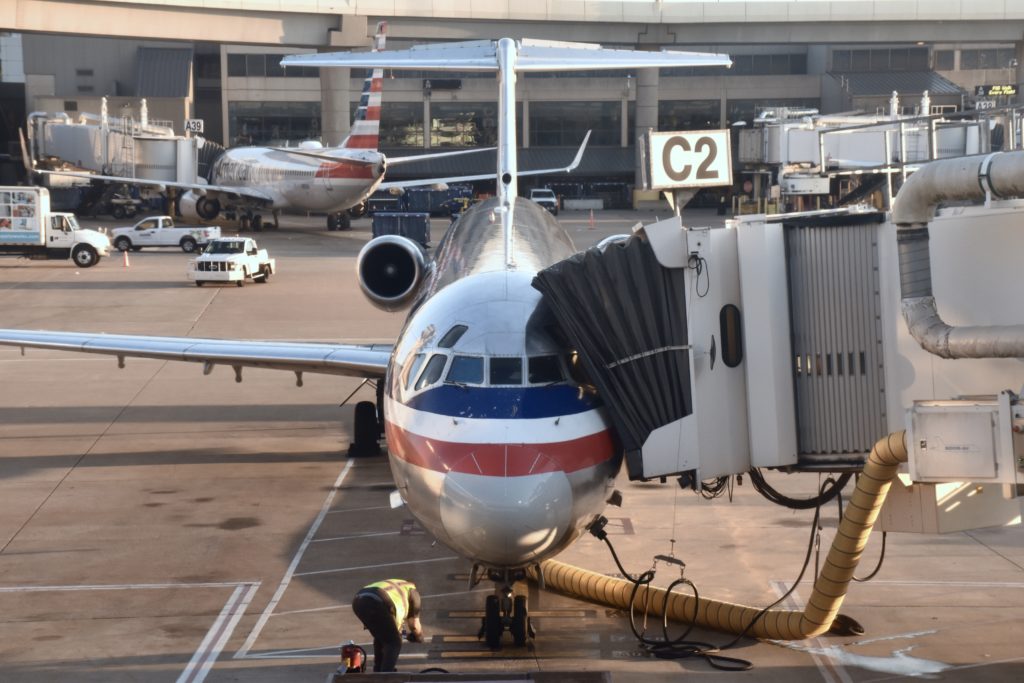 Following the departure of flight 80, American flew two charter segments from DFW to Roswell, New Mexico, (ROW). The first one included team members from American, including CEO Doug Parker, while the second flight included members of the media.

Once the planes arrived at Roswell, revelers were treated to a barbecue lunch while waiting for additional MD-80s to arrive. Over the next few hours, passengers took their time walking around and through the planes, taking pictures and sharing memories. Some were seen patting the plane on the nose or wings in a gesture of gratitude on this bittersweet day. 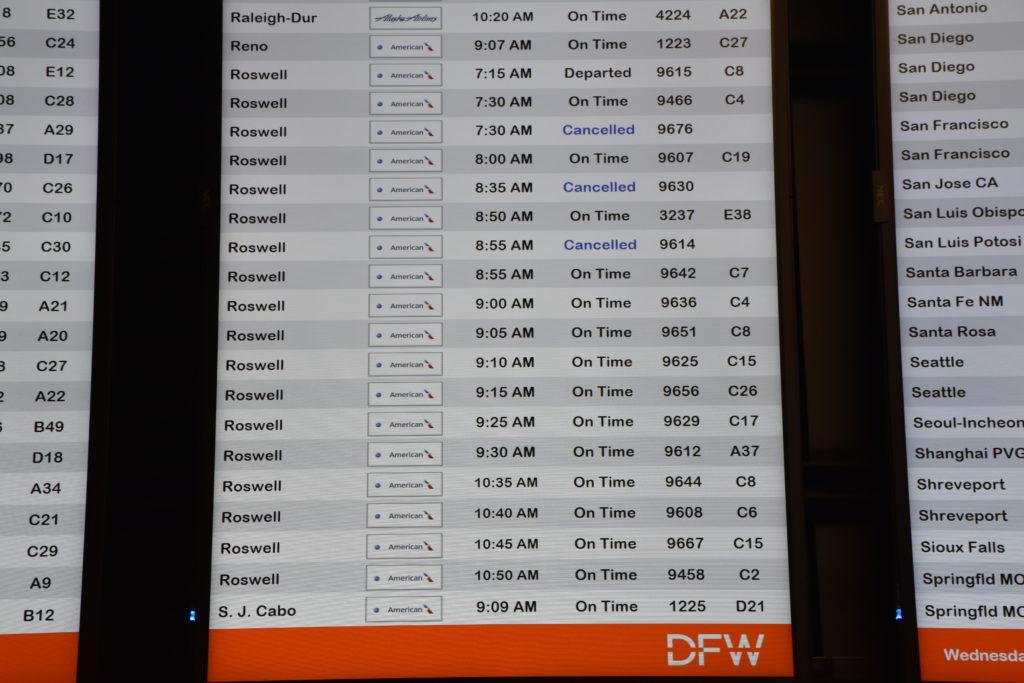 The DFW departure board showed many of AA’s MD-80 retirement flights to Roswell: Image Paul Thompson

The Plane Nobody Wanted, But Learned to Love

American brought the MD-80 into its fleet at a time when the airline was restructuring itself and creating a hub at DFW, and notably, after having determined not to grow its fleet.

Manufacturer McDonnell Douglas was in some pain of its own, having sold none of its new stretched derivative of the Douglas DC-9. Although American’s new president, Robert Crandall had rejected the airplane previously, he came around to making a deal to essentially rent 20 MD-80s at nearly zero risk to the airline to keep McDonnell Douglas afloat, because he didn’t want American to be completely dependent on Boeing or then-upstart Airbus. 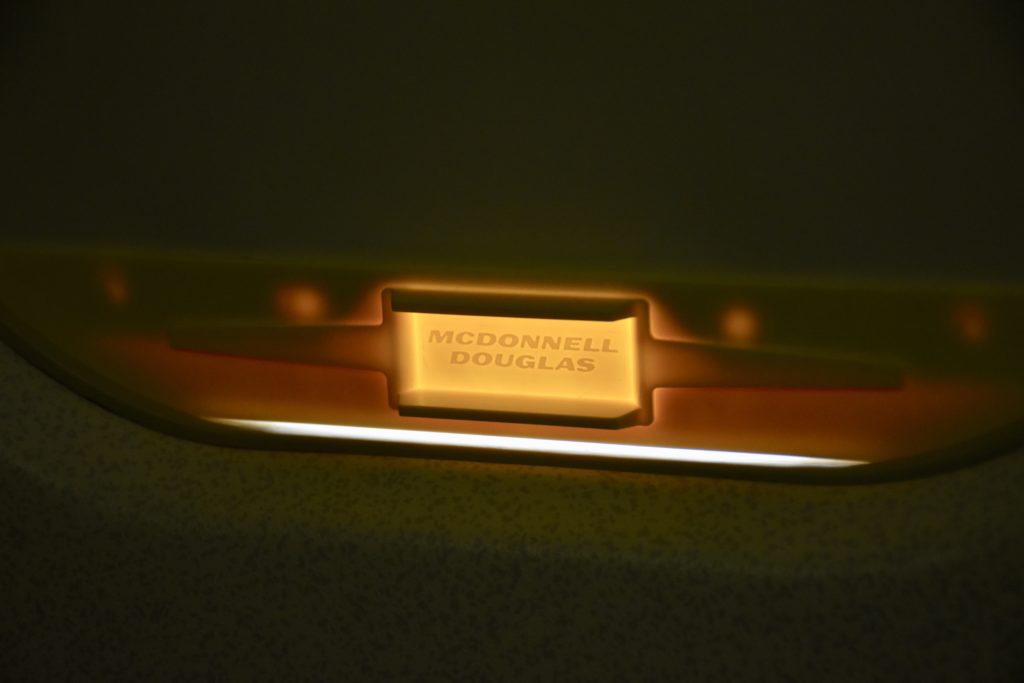 The MD-80 required only two pilots, and was used to replace the Boeing 727, which required three pilots. American’s unions weren’t happy, because the airline already had hundreds of pilots on furlough. The airline was able to negotiate new labor deals with its unions in order to add the MD-80 to its fleet, and in hindsight American may not have been able to grow into the powerful hub-and-spoke carrier it is today had the MD-80 not come along at the right time. 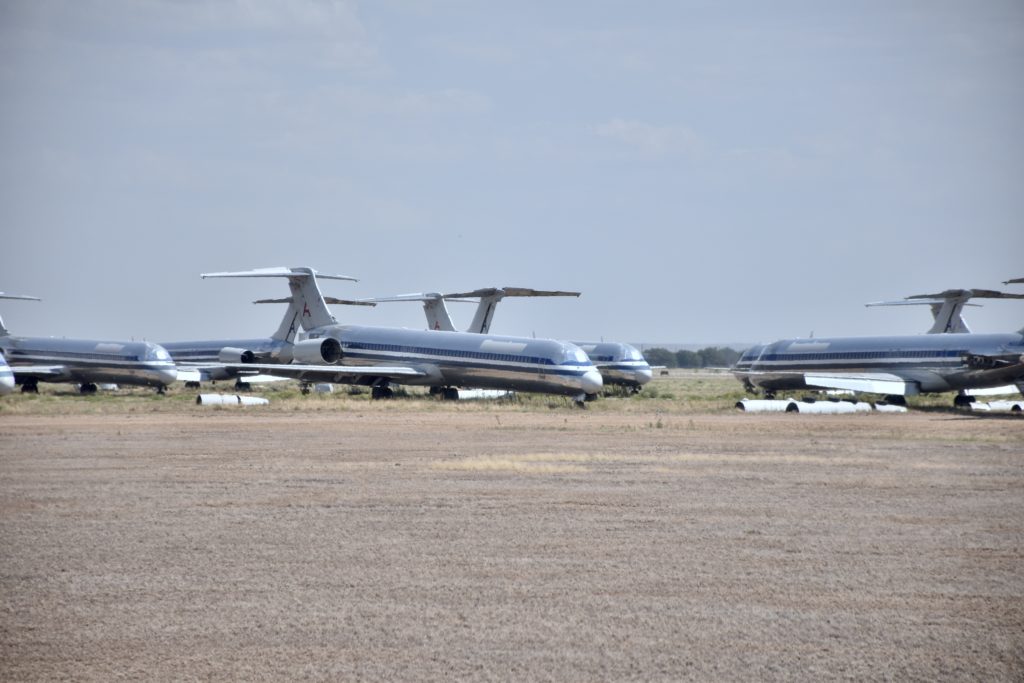 As the Mad Dog aged, the plane brought mixed feelings to both travelers and team members at American. CEO Parker described the aircraft by saying, “We’re here retiring an airplane, but it’s clear this is about the people. It certainly has served us well. From our customers’ view points and maintenance viewpoints, it served us well, but it’s time to move on to newer and more efficient airplanes.” 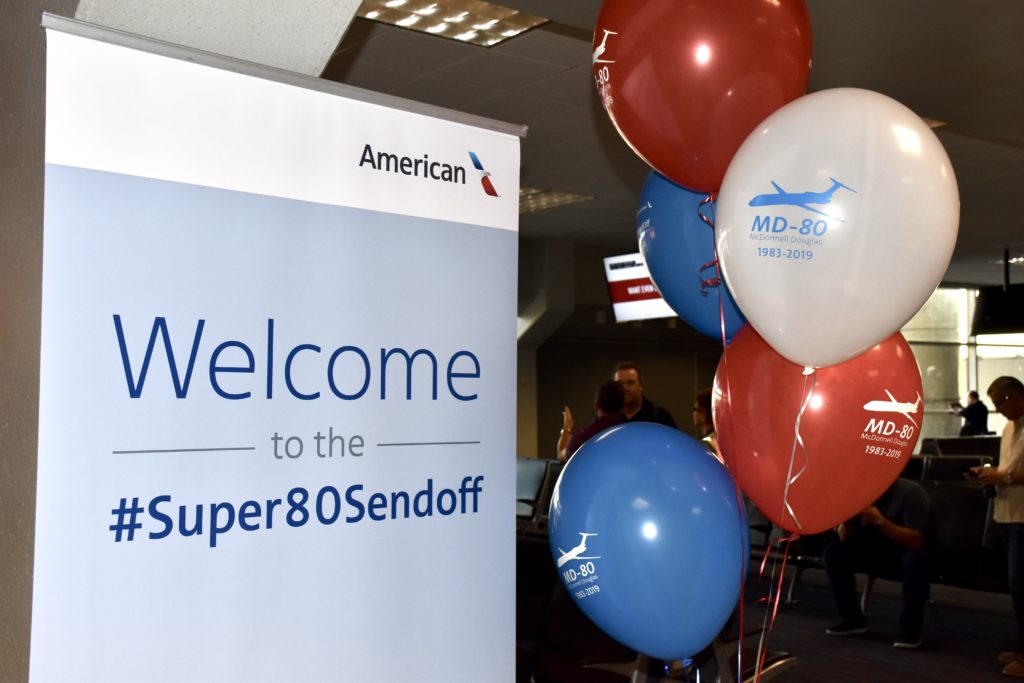 Signs and balloons welcomed travelers and aviation fans to the celebration of American’s MD-80 fleet at DFW. Image: Paul Thompson

American’s mainline narrowbody fleet is now comprised of Boeing 737 and Airbus A320 variants. Travelers loved the Super 80 for its quiet forward cabin, 2×3 seating and comfortable non-slimline seats. Others disliked it because it lacked modern amenities such as power outlets and satellite Wi-Fi (Gogo’s ATG solution was installed, however), while the aft economy seats were very loud because of their location next to the rear-mounted Pratt & Whitney JT8D engines. 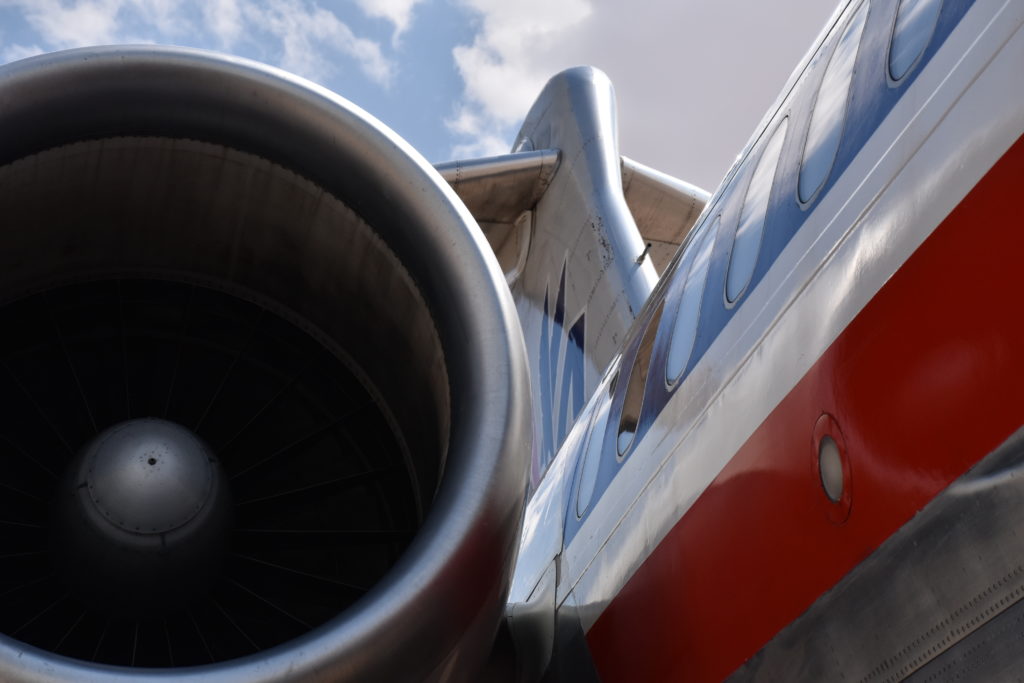 American’s MD-80 fleet now sits in the dry climate at Roswell International Air Center, where airlines pay only $10 per day to store each plane.

A handful of American’s MD-80s may go on to new lives at other carriers, while the rest will be scrapped and salvaged for parts to support existing fleets such as Delta. 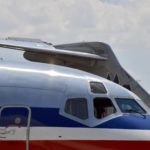 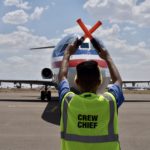 An American Airlines MD-80 parks for the final time under its own power, at Roswell, New Mexico. Image: Paul Thompson 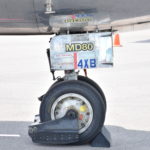 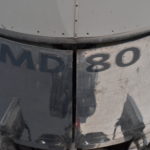 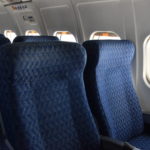 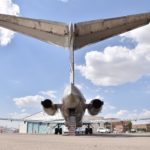 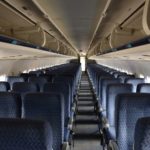 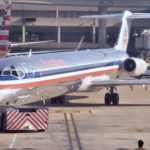 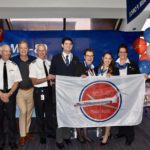 American Airlines’ flight 80 crew, who took the plane on its final revenue flight from DFW to ORD. Image: Paul Thompson

Press Release: easyJet customers will be able to book with voice tech