It is always exciting to try a new airline, particularly when you’re married to an alliance and don’t generally stray outside of it. Such was the opportunity when I recently needed to fly to Sandakan, a small city in the northeast corner of Borneo, from Kuala Lumpur. I booked business class on Malaysia Airlines, a member of the oneworld alliance which I rarely use.

Malaysia Airlines (MAS) operates its main hub out of Kuala Lumpur International, with a near constant stream of aircraft coming and going at all hours.

Business class passengers have their own dedicated check-in area, appointed with a few small lounge-ish seating options and a number of counters. With the morning bank already out, there was no wait as a cheery agent checked in my bags and printed my ticket.

Business class fares, including domestic, entitle passengers to a lounge visit. Malaysia’s Golden Lounge was located a bit of a distance from my gate, but was worth going out of my way for. It was quite large, and, at the time, quite empty. The aesthetic was pleasing and relaxing, with a wide range of seating options and even a quiet area.

A selection of hot and cold food was a welcome sight for breakfast, and a little Malaysian chicken rendang and guava juice did the trick. The Wi-Fi saved me from having to turn on my phone’s international plan for a few more hours. The best part of the lounge might be the expansive view of the ramp, though it was a bit empty at the time.

Boarding began behind schedule, and followed no obviously discernible process whatsoever. I honestly have no clue what happened there, but at some point it was obvious that business class boarding had come and gone. I waded through the congested line, showed my ticket, and on I went. As I started down the jetway I heard the first audible PA call…for zone two.

Malaysia Airlines outfits the business class cabin of its Boeing 737-800s with 16 seats in a 2-2 layout, with 42 inches of pitch. I had seat 3A. Clad in purple, the seats were a bit on the aged side with scuffs and obvious wear and tear. The recline was rather generous.

A large comfy pillow and blanket were also available at each seat, along with an international power port and USB plug. A footrest vastly improved the experience for me, especially during a short nap, but I appreciate that taller passengers might feel otherwise. 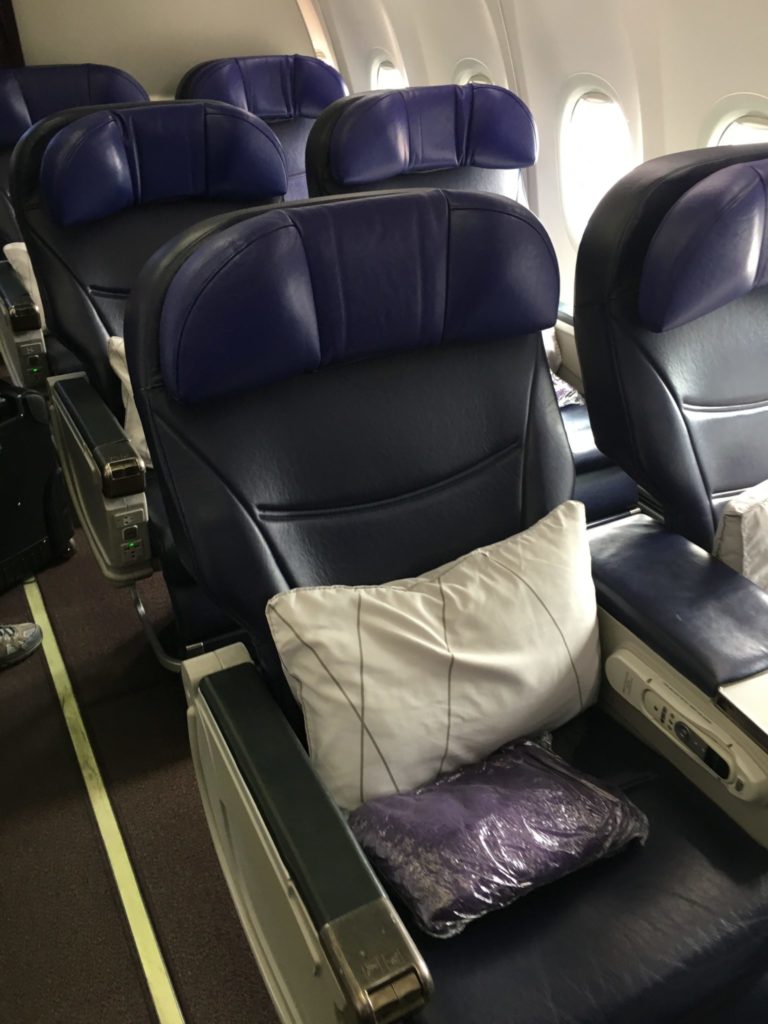 Flight crews began service with preflight beverages before takeoff, offering a variety of juices and water along with a cold towel service. Lunch began not long after departure. No menus were offered, but a crew member offered a choice of beef or fish. 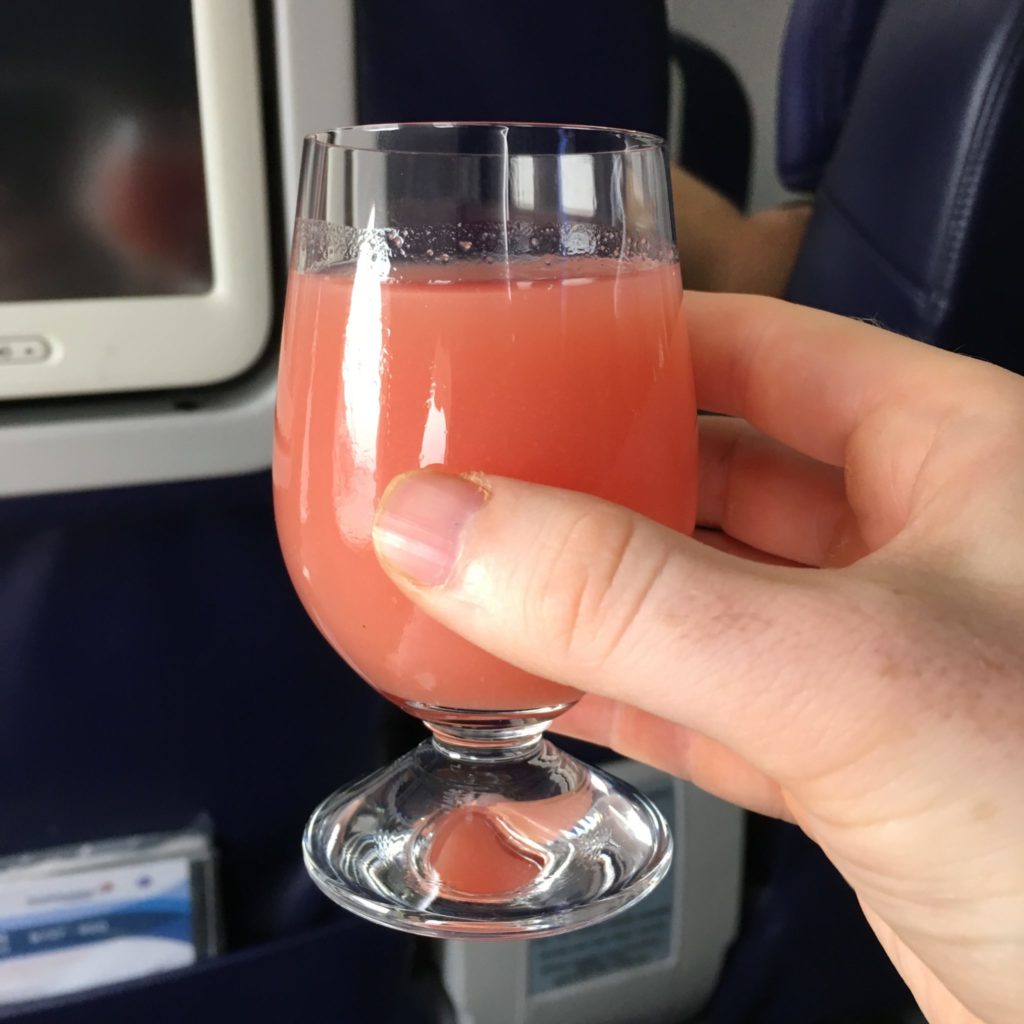 I went with the beef, and what arrived was…edible? An overcooked hunk of beef sat in the middle of the dish, with a side of veggies and cheesy potatoes abutting on either end. A pasty red sauce that I couldn’t identify – but which might have been beetroot-based – sat in the corner. The beef was thoroughly unimpressive, with no particular flavor. The veggies were fine, while the cheesy potatoes were the highlight. A side of garlic bread had potential, but was on the soggy side. A dessert of coconut gelatin with fresh fruit was excellent. 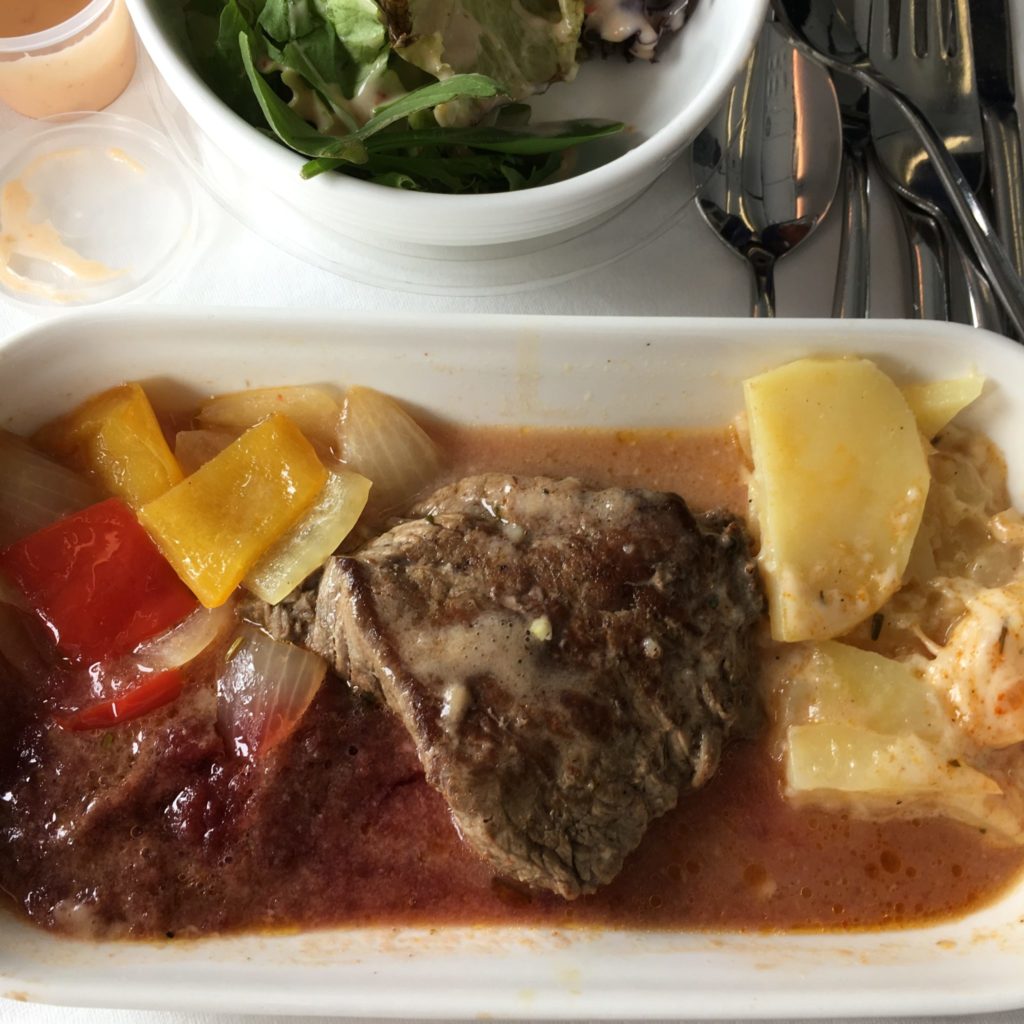 The crew offered beverages periodically throughout the flight, with a good selection of juices and sodas. Noticeably missing was any alcohol, which is not offered on MAS flights under three hours, even in business class.

While the catering was on the underwhelming side, the IFE was more of a mixed bag. With no Wi-Fi I was left to wander through the seatback entertainment via a tethered remote in the seat.

The depth of selection was surprisingly strong, way better than Korean Air (though that’s not a high bar). 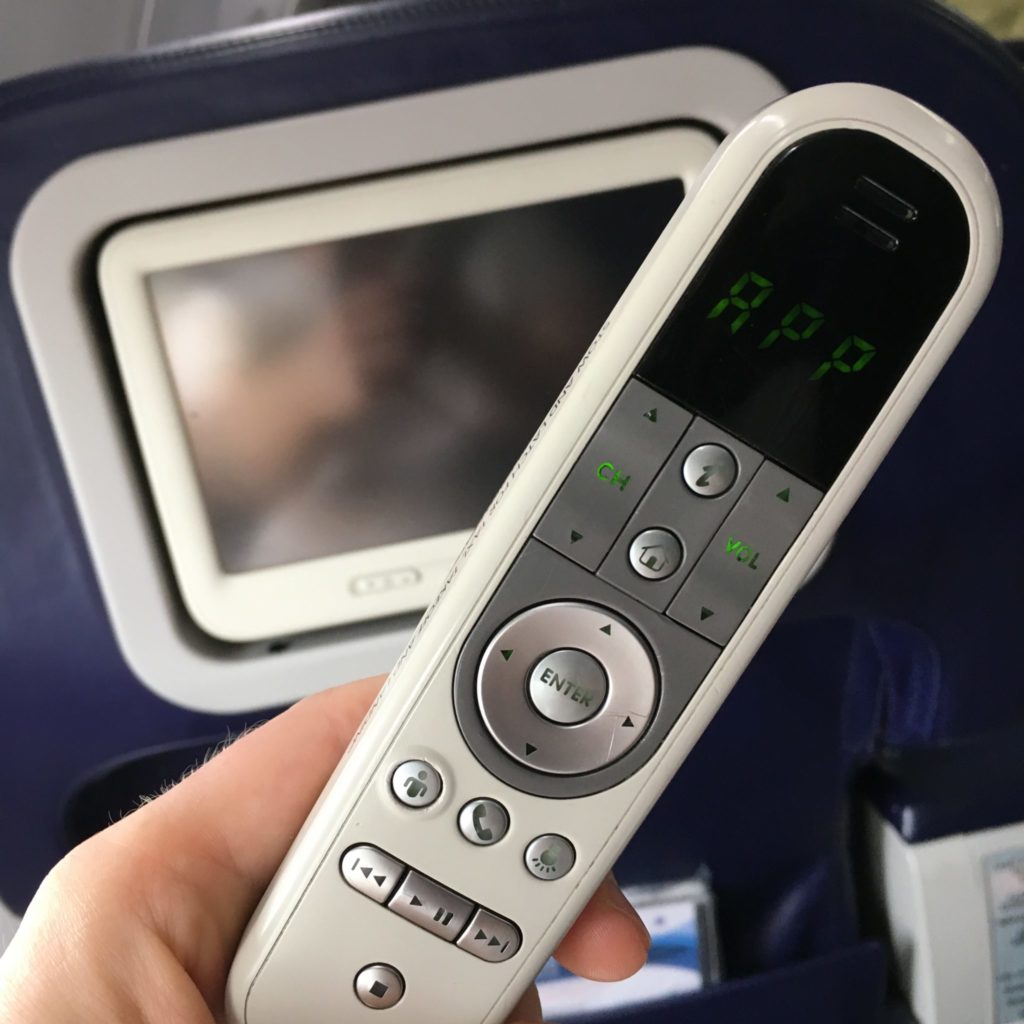 The only downside, and this is a big one, is that nothing is nested. For example, rather than a thumbnail for “The Simpsons” that opens up to show three episodes, the main TV page just has all three episodes listed in a row. Repeat that for every TV show and you wind up wading through 19 pages of options just to see what’s on tap. Annoying, but I’ll take it over Korean.

A pair of headphones handed out by crew before takeoff were pretty good, and I used them instead of my ear buds. 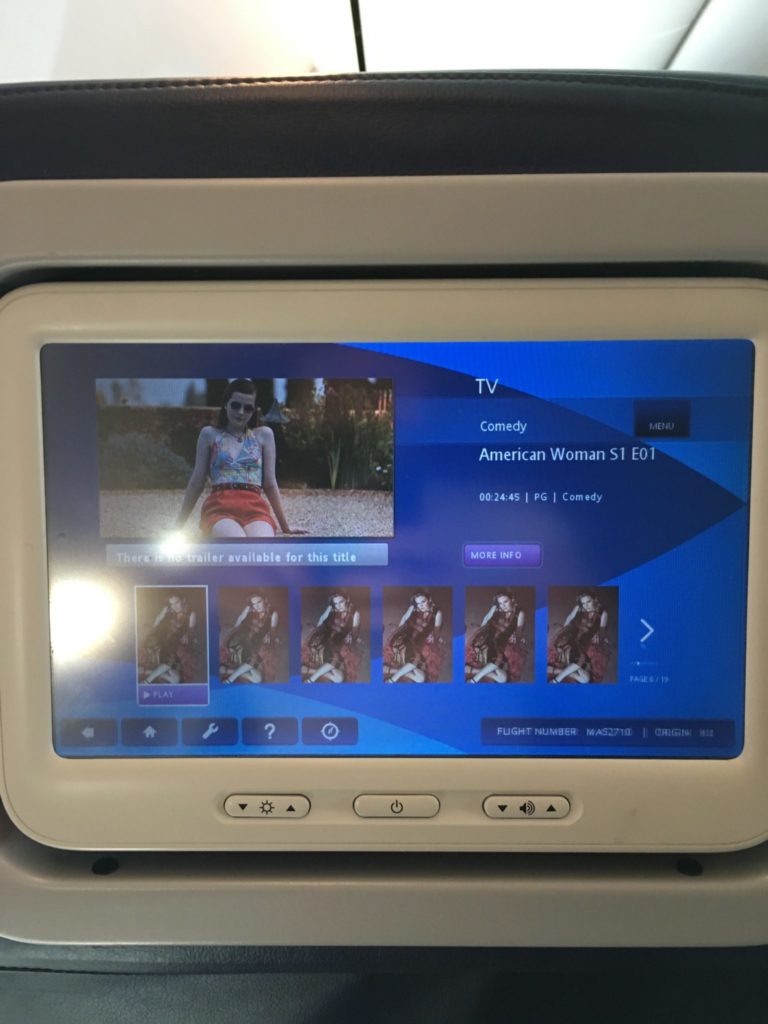 The flight landed on time, and rather authoritatively, in Sandakan. The checked baggage arrived on the luggage belt almost immediately.

I felt mixed about the experience. The ground experience was above average, until the free-for-all that was boarding. The catering had a few hits but more misses. The IFE had great content but finding it was a chore. Still, it was nice to try something new.

Yet would I book them again? Considering that MAS is not in any of the alliances I call home for frequent flying, and that AirAsia connects the two cities for a fraction of the price, I can’t imagine spending the money on MAS business again after a nearly unmemorable experience.

As Air France drops A380, picks up A220s, a wider deal is speculated