The strength of feeling with which the world has been grappling with the amount of plastic waste, single-use plastics and plastic marine litter humanity generates has been remarkable. Aviation has a key — and very visible — role to play in reducing its plastic impact, as single-use-plastic-free flights by Hi Fly and Etihad have shown in the last nine months. And with European Union legislation agreed and its implementation being developed at present, there is much left to do.

Runway Girl Network spoke with Fabio Gamba, Managing Director of the Brussels-based Airline Catering Association (ACA), which represents caterers, to learn more about the unique situation in aviation, as well as the prospects of making changes.

At present, international airlines are largely constrained by ‘closed loop’ waste requirements, largely on the basis of biosecurity and human disease risk management. “International regulation on inflight catering waste stipulates that airlines either burn or bury catering waste for this very reason,” Gamba explains. “Cabin waste is immediately brought to local incinerators at, or close to, the airport of arrival, and the chances to have some of it littering the beaches for instance are almost inexistent.”

It’s clear that on the international side the closed loop means that little of the plastic waste generated onboard aircraft is likely to escape into the natural environment.

Domestic flights are different, with recent zero-waste flights by Qantas and ongoing initiatives by Air New Zealand showing some promise.

A further complication: although non-fossil-fuel-based plastics have inherent benefits, the weight of many plastic-replacement items is not yet sufficiently low for it to bring overall benefits on a carbon emissions accounting level to replace lightweight plastics.

In essence, if wooden forks are twice the weight of plastic ones that must be burned or buried anyway, does it really make sense to burn more jet fuel to take them on board? Is there a net carbon benefit to manufacturing, processing, carrying, collecting and washing metal spoons compared with alternatives? 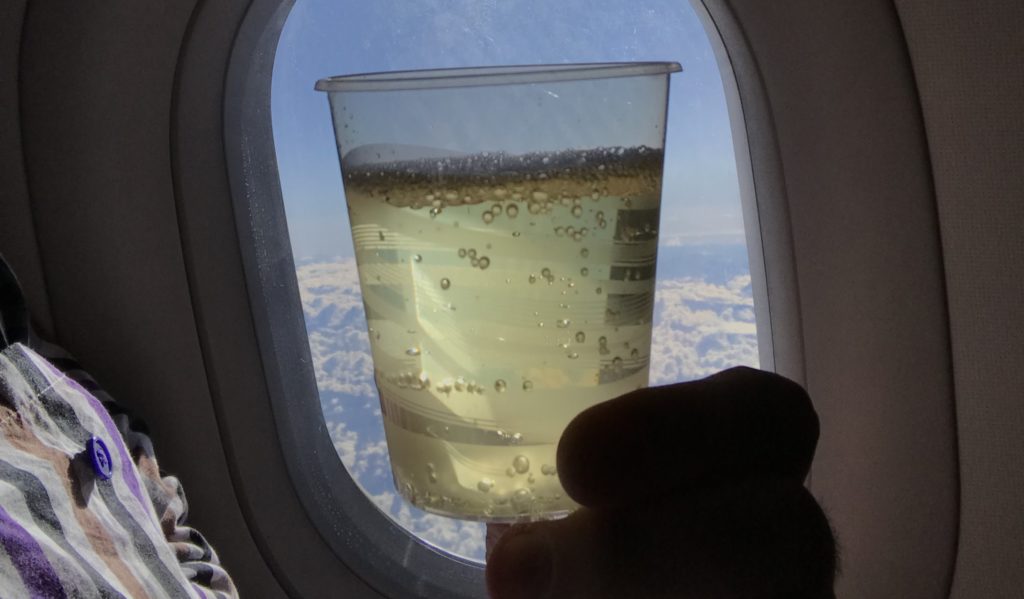 Legislation must consider all environmental factors in the round. Image: John Walton

Gamba also highlights the issue of items that one might consider would be more ecologically friendly, but which may still use a small amount of plastic and thus be caught up unintentionally in legislation.

“Paper cups are more eco-friendly than pure polymer products, but the devil is, as always, in the details,” Gamba gives as an example. “Such paper cups use a thin layer of plastic coating for liquid proofing, although this layer can represent less than 10% of the total weight of the final product. It’s an improvement, but not a revolution. Unfortunately, the current legislation – the EU directive on the use of single-use plastics – doesn’t make that clear of a distinction.” 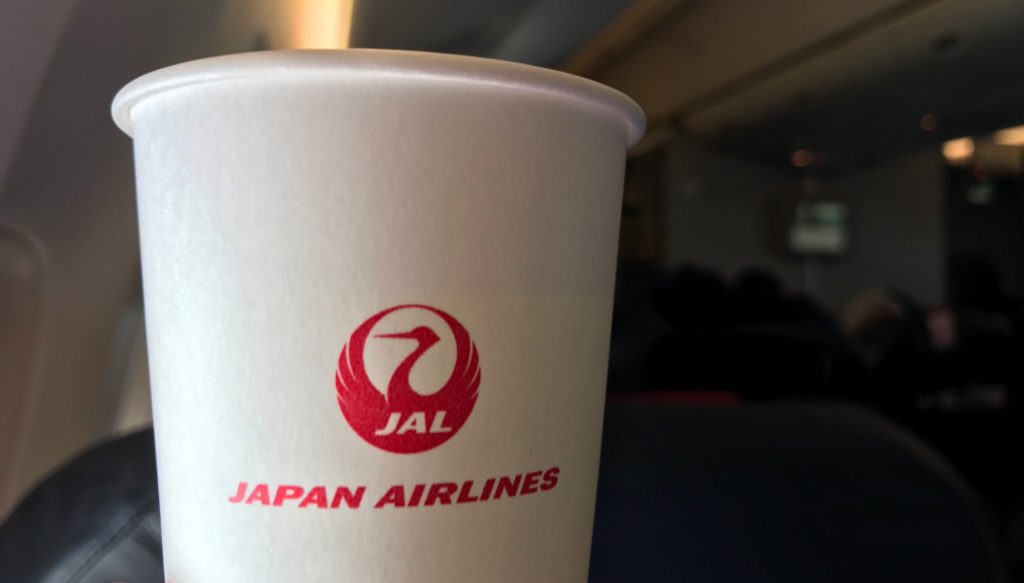 A mostly-paper cup would seem automatically better for the environment, but it may be caught up in plastics legislation. Image: John Walton

This is perhaps not entirely fair to the EU: Gamba acknowledges that the Implementing Acts containing those devilish details are not yet written and that the ACA plans to make representations later this year. Indeed, he praises the European Commission (part of the EU apparatus) for this new legislation.

“The European Commission has indeed produced a courageous and, in many respects, trail-blazing new directive on the ban of single-use plastics,” Gamba says, highlighting that this governmental intervention has been wildly successful to spur on ingenious solutions to the problem: “R&D pushed by airlines and inflight caterers has never been so active as in the last 12-18 months. And in more concrete terms, you now have trial flights that are plastic-free as an example.” 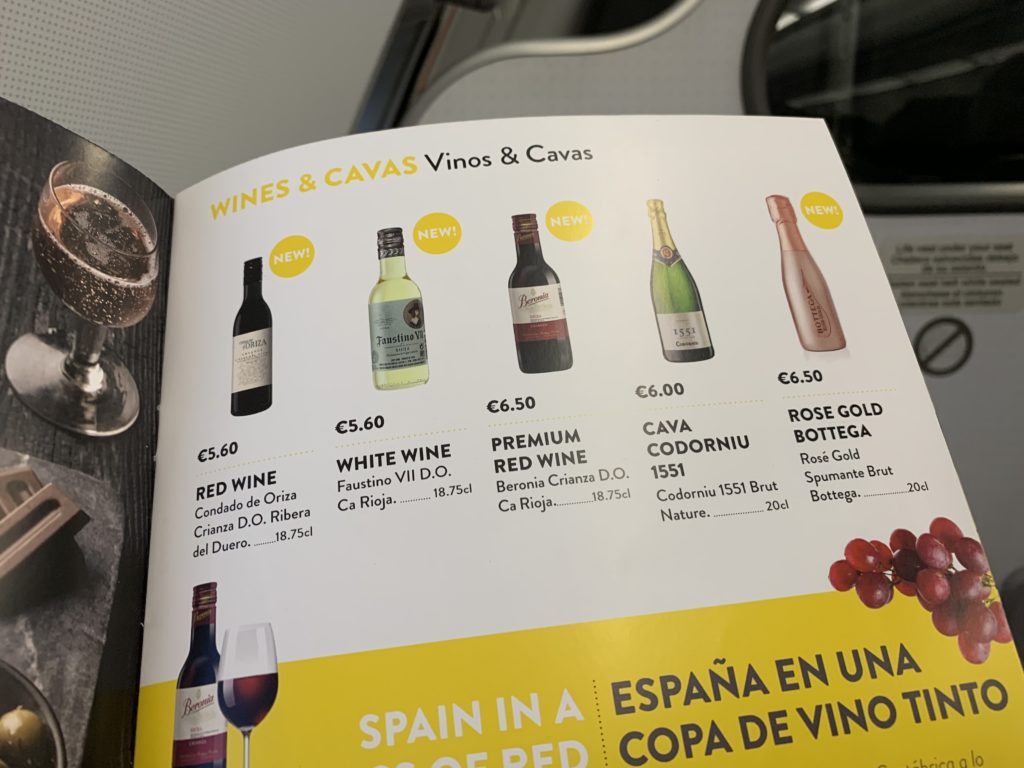 Improving the number of options for airlines to recycle much of their waste would be a benefit. Image: John Walton

Gamba highlights that the ACA plans to lobby for thoughtful implementation of the legislation on behalf of the organization’s members: dnata, Do & Co, Gategroup, LSG Group, and Newrest.

He does, however, suggest that the industry failed to see the environmental juggernaut heading towards it. “The airline catering industry continues to make significant progress towards reducing cabin waste and single-use plastics wherever possible. The good news is that there is definitely a strong industry focus to find truly environmentally-friendly long-lasting solutions. That was not the case ten years ago, or even five.”

The future is, however, brighter: “I expect that in three to five years the industry of inflight catering will be substantially different, both in the way it produces food and in the way it deals with waste, from what it is today,” Gamba says. “The market, more than the legislation actually, requires it. This is already starting and short term improvements in terms of quality and sustainability are within reach however that will depend on how fast solutions can be found by suppliers.”

That will be necessary if aviation — already hardly the apple of the world’s eye — is to demonstrate that it is taking its contribution to the world’s environmental problems seriously.