Daring to take on the perils of weather and the unknown, 23-year-old pilot Aarohi Pandit from Mumbai became the world’s first woman to cross the Atlantic Ocean solo in a light sport aircraft (LSA) in May.

The experience is part of India’s first-ever global circumnavigation in a motor glider which Pandit is undertaking aboard a Pipistrel Sinus 912. She is flying the ultralight in sectors, at times alongside her pilot friend Keithair Misquitta.

The record-breaking portion of the experience – and Captain Pandit’s favorite legs thus far – started in Wick, Scotland and ended in Canada. She flew the Pipistrel Sinus solo for 3,000 km across the Atlantic Ocean with brief stopovers in Iceland and Greenland, and landed in Iqaluit, the capital of the Canadian territory of Nunavut.

Pandit faced turbulent weather at times, and admits to Runway Girl Network that she was “both happy and scared as I could not see land for four hours”. 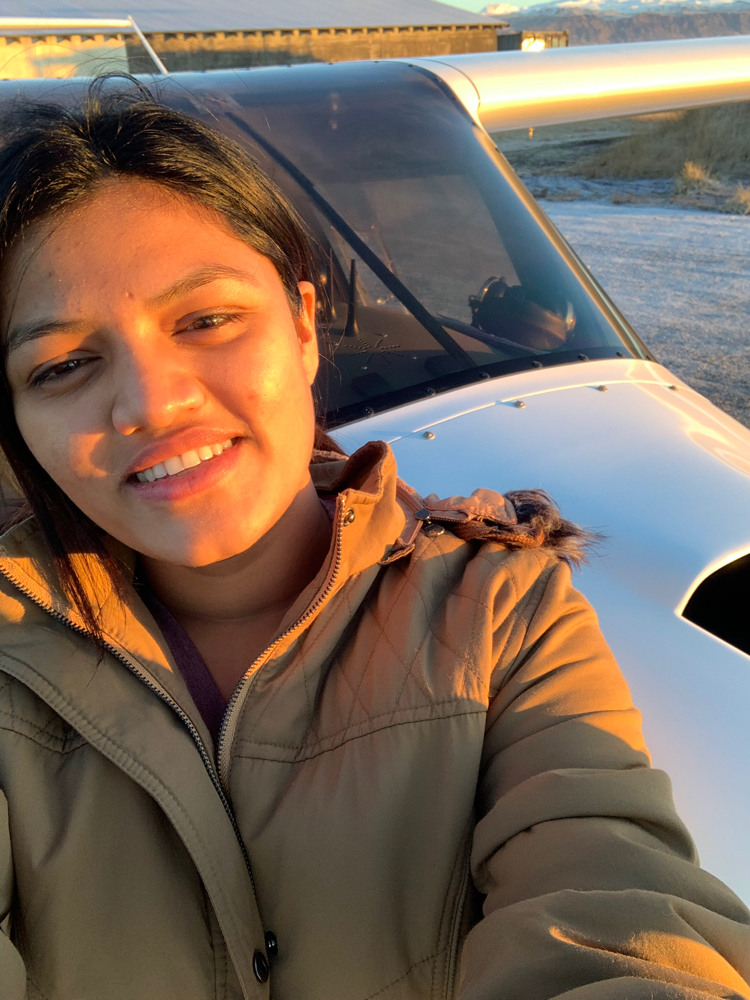 Sponsored by Navy Blue Foundation, the journey aboard the Pipistrel Sinus began in July 2018 as part of a so-called Women Empowerment (WE!) Expedition, which “seeks to shatter global, cultural and gender barriers to send a clear message to the world, that for a woman willing to rise, the sky is the limit”.

The ultralight was chosen by the organizer because it is a safe yet strong single-engine plane with gliding abilities. It can take off and land on very short runways and fly long distance. Last year when the organizer was looking for women to participate in the circumnavigation expedition, Pandit and her friend opted in, taking off from a small airfield in Patiala, India with weeds growing in the taxiway.

Together the two women flew across Punjab, Rajasthan, Gujarat, Pakistan, Iran, Turkey, Serbia, Slovenia, Germany, France, and the UK. From there, Pandit flew her solo across the Atlantic.

“It was like riding on a horse in the clouds … one feels so tiny. When you fly you do not see borders – just the ocean and nature,” she says poetically. 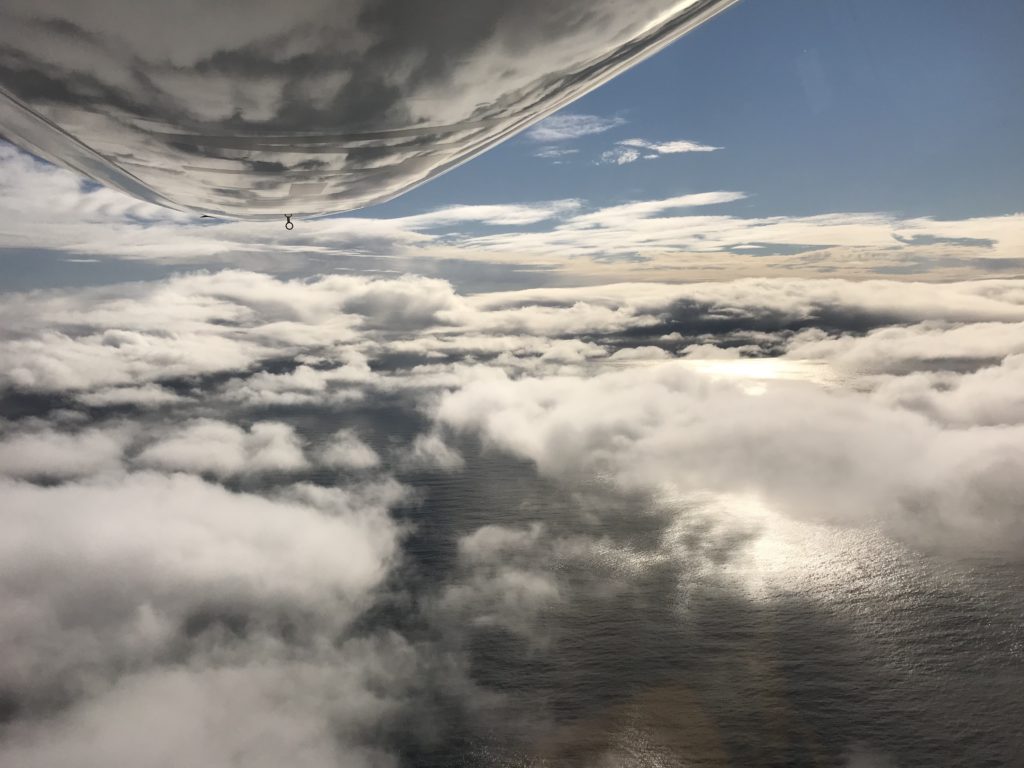 Pandit has enjoyed breathtaking aerial views as she flies around the globe. Image: Aarohi Pandit

Pandit is candid about her overall experience, confiding in a blog post last month that she had her first ever anxiety attack after being stuck at Iqaluit for three weeks. “The weather had caused the fuel in my Mahi’s pipes to get contaminated and after we had it all flushed out, the winds and clouds stubbornly refused to cooperate,” she wrote.

On 24 July, she landed in Whitecourt in central Alberta for scheduled maintenance at the Pipistrel Aircraft hangar. She says the journey from Iqaluit to here has “turned out to be the most uneventful, bordering on boring … but the beauty of this expedition lies in the human connections we make along the way.”

So why would a young woman who was born in the west Indian state of Gujarat and brought up in Mumbai choose to do what she is doing? “My father is in the tourism business which made me interested in traveling around the country. As an 8-year old we were waiting in the airport lounge when a smart uniformed woman pilot came in. Dad explained she was the commander of an Air India flight. I was starstruck and that is where my love affair with flying started,” says Pandit.

“I was never fond of studying,” she says. “My only agenda was to get a commercial pilots license, so when I did my Bachelor of Science, I specialized in aviation.” 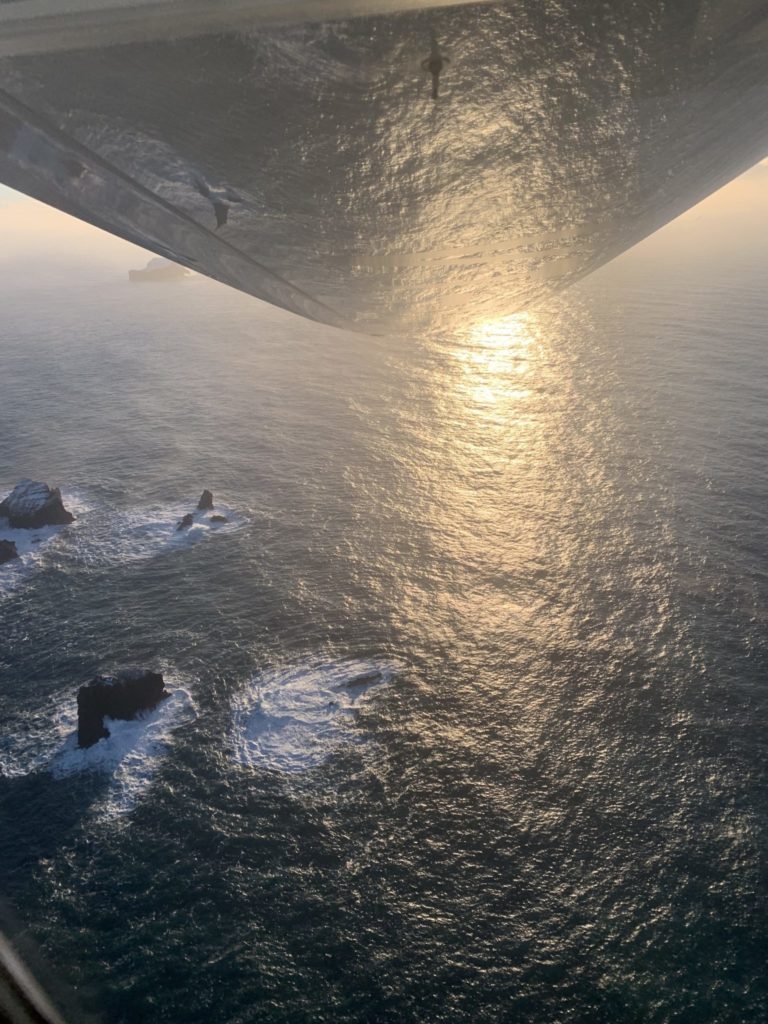 The aircraft’s piston engine limits the altitude to around 10,000ft. Image: Aarohi Pandit

What does Pandit like about her flying machine? “It gives you the freedom to fly the way you want to since one does not have to follow vertical procedures.”

There are things Pandit cannot change about the aircraft design, however. “My plane is small, so I have to sit with my legs folded; it is like sitting in a Formula One car seat,” she says.

Stress and muscle pain often accompany the exhilaration. For this, a big dose of running and lemon iced tea puts the body in a state of readiness to take more pain. 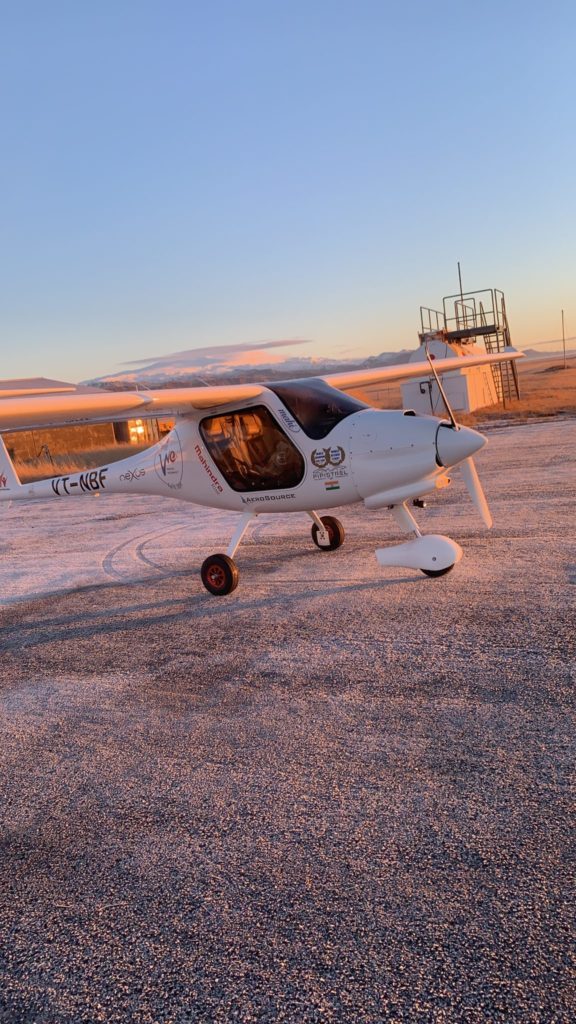 One tiny aircraft for one big journey. Image: Aarohi Pandit

Pandit will fly over the US, Russia, China, and Southeast Asia when Keithair joins her. The two will complete the last phase of the expedition together, and expect to return to India by around August “weather permitting,” Pandit tells RGN.

They have seen plenty of natural beauty on the adventure, but as reported by WE!, they’ve also witnessed the adverse effects of global warming, whether it’s the unpredictable weather or the shrinking ice caps in Greenland.

Using good judgment and remaining calm during tough weather conditions may have pushed her ambition to circumnavigate the globe in a shorter time period, but there have been no daredevil maneuvers by this young lady who chose to turn back when rapidly developing thunderstorms appeared on her radar 40 minutes into a flight.

Now, as Pandit gets closer to coming home, her first priority will be to spend time with her parents.

In the future, while Pandit could look at larger planes, she says, “I will stay connected to small planes like Cessna … I don’t want this part of me to die.” 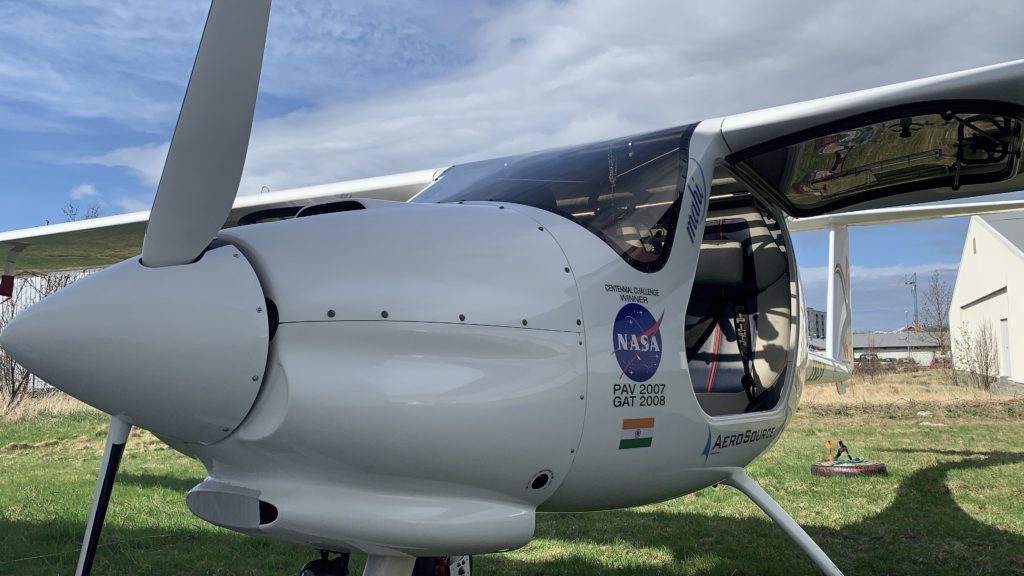