FARNBOROUGH — In a bid to reduce waste and inefficiency within the air cargo industry, aviation integrator SITAONAIR is working with launch customers AirBridgeCargo and CargoLogicAir to use Internet of Things-enabled sensors to monitor and report the condition of sensitive and perishable cargo such as pharmaceuticals, in real time.

Speaking to Runway Girl Network, SITAONAIR’s Portfolio Head for e-Aircraft Pierre-Yves Benain suggested that the initiative is just one step within a set of IoT innovations that could drive medium- and broadband connectivity adoption within the cargo sector.

“With AirBridgeCargo, we are putting in place sensors and an IoT gateway to collect information from cargo: humidity, temperature, and so on, during the flight — realtime,” Benain explains. “What we do in addition is provide a dashboard and an application to provide AirBridgeCargo realtime visibility on containers.”

While many freight operations were early adopters of the IoT within their ground-based logistics, Benain characterises the time cargo spends on the aircraft as “a sort of black hole”, which SITAONAIR intends to fill. 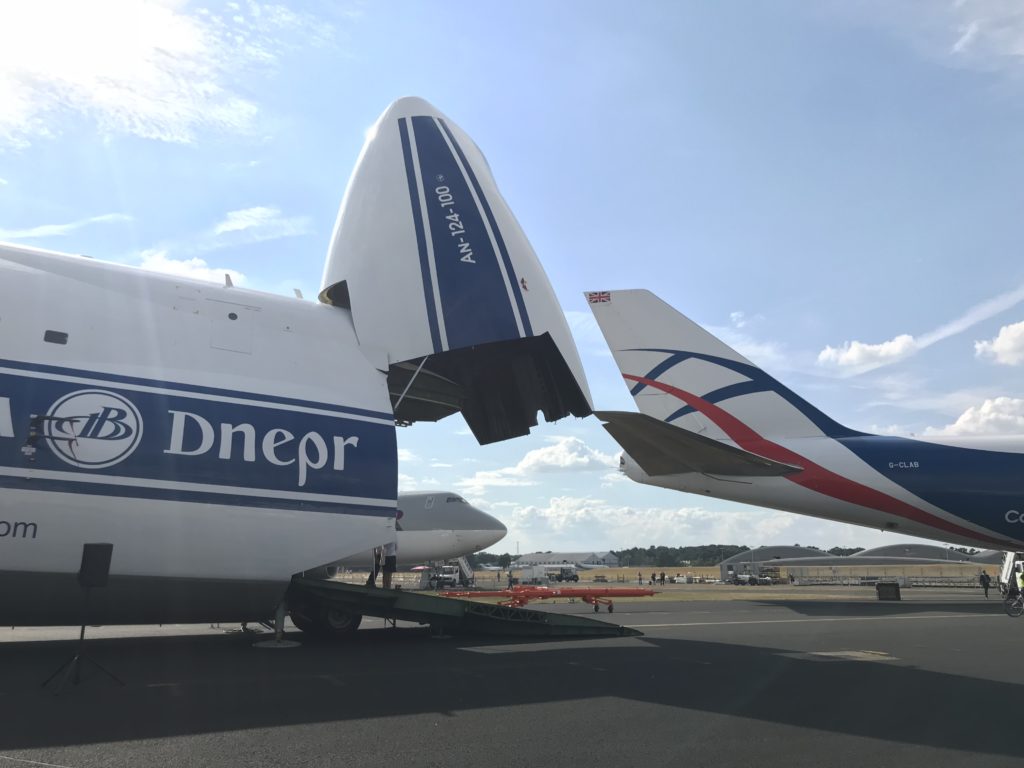 SITAONAIR is working with AirBridgeCargo, part of the Volga-Dnepr Group, and CargoLogicAir. Image: John Walton

Pharmaceuticals, which are lightweight, high-value and require specific environmental conditions in certain cases, are an early target for the technology. The first benefit to the system is real-time monitoring, and an early win is in the pharmaceutical transportation sphere: if a shipment exceeds the permitted range of temperature, humidity or other conditions, the shipper or customer can organise the re-dispatch and re-shipment of a second batch. At present, that information is not available until offline sensors are checked when the shipment returns to ground, either at a transshipment point or at its destination.

Future benefits, of course, could include on-aircraft monitoring, resetting of container temperatures, or adjusting cargo compartment environmental conditions to compensate, but Benain notes that “this is not something that has been discussed so far.” 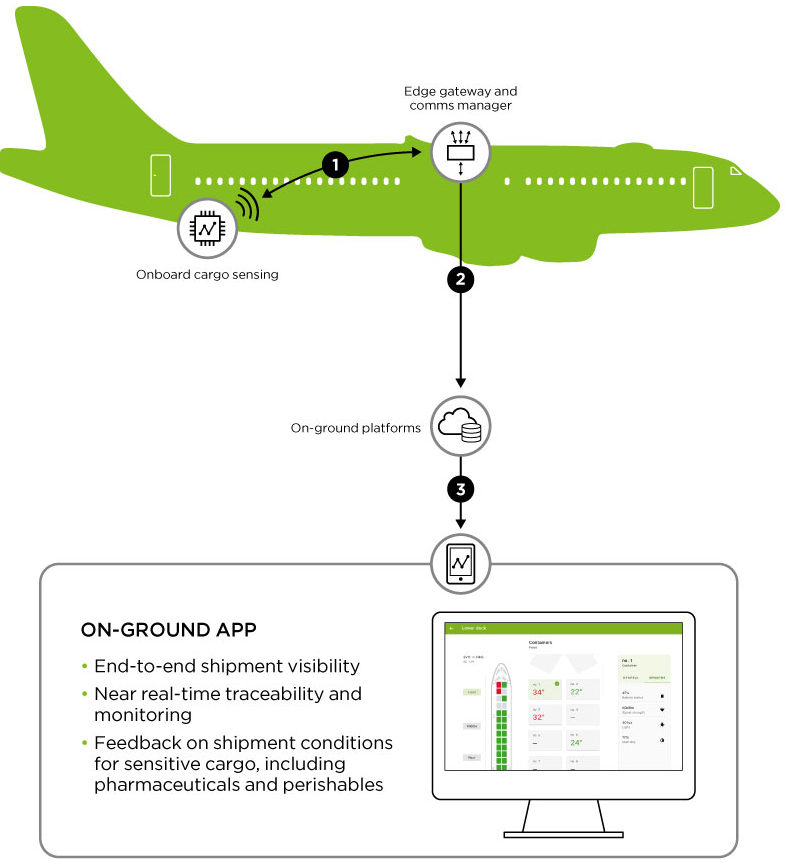 The system is currently being launched on cargo, not passenger aircraft, but it is easy to see a potential addition to the passenger fleet. Image: SITAONAIR

The data from each sensor is aggregated on board and then transmitted: either through existing satellite connectivity, a relative rarity in the cargo world, or via the ACARS system. AirBridge, Benain says, will be using ACARS.

Indeed, if data can be passed via ACARS, as Benain says, “it’s not much data. If you think about polling the container every five minutes, for instance, to get the real-time status, it’s a few kilobytes.”

That amount of data by itself does not push customers to install or upgrade their existing narrowband inflight connectivity systems. And Benain readily admits that “if we stick only to the cargo use case, I don’t think the amount of data we are going to generate would be sufficient to justify a business case for [SwiftBroadband, the relatively narrowband Inmarsat L-band service for which SITAONAIR is a provider, and which is seeing reduced passenger cabin applications as higher performance solutions are brought onstream].”

“On the other hand,” Benain says, “what we are trying to do at SITAONAIR is to build an IoT on board the aircraft which can cover multiple use cases. We are discussing a number of other use cases in the cabin domain, in the passenger domain and so on. We have not tested those use cases at the moment, but assuming that we can maximise the solution of IoT on the aircraft then more use cases will generate more data. In that case, I think — this is just my own thinking — [SwiftBroadband] could be justified.”