FARNBOROUGH — When Airbus delivers the TAP Air Portugal-liveried A330neo which has been featured at the Farnborough Air Show, on a globe-trotting route proving tour, and on media flights with key A330neo customers, it will be with an entirely new set of Recaro business class seats and a refurbished cabin.

While the route proving equipment was removed from the aircraft prior to Farnborough, further changes are also planned. Prior to the delivery to TAP, the entire aircraft cabin will be inspected for wear, and the business class seats will be replaced in their entirety.

That latter replacement will address the numerous fit and finish issues highlighted by media on board during the proving flights, Airbus executives explain to Runway Girl Network, with the airframer also planning a low-risk next tranche of introductions of business class seating for future deliveries.

As a result of the test aircraft’s refit, it will not, head of A330 marketing Crawford Hamilton tells RGN, be the first aircraft delivered to TAP. “Because this has been a flight test aircraft, because it’s been used for us to look at the air flows, because it’s been used by us to look at the temperatures, because it’s been used by us as a flight test aircraft, we haven’t got things like some of the dividers and things aren’t between the business class seats,” Hamilton says. “There’s also little things. It’s little detailed stuff. But it’s the kind of detailed stuff that airlines when an aircraft’s getting delivered think is really important. Of course, because we’ve had engineers off and on the aircraft and such, we’ve got scuffing on panels and things. What we do is we completely remake this aircraft for the interior, get it all perfect, and then it will go for delivery.”

The engines, too, will be swapped out for a fresh pair, with the pre-loved powerplants going to the testbed for the A330-800.

Within the cabin, Hamilton says “you’re not actually going to see too much change. All of the fundamentals are here. All the monuments are here. All the storage is here. We’ve still got work to do ourselves, some bit of works on the system side in terms of things like the mood lighting and such. It’s just, again, it’s detailed stuff.” 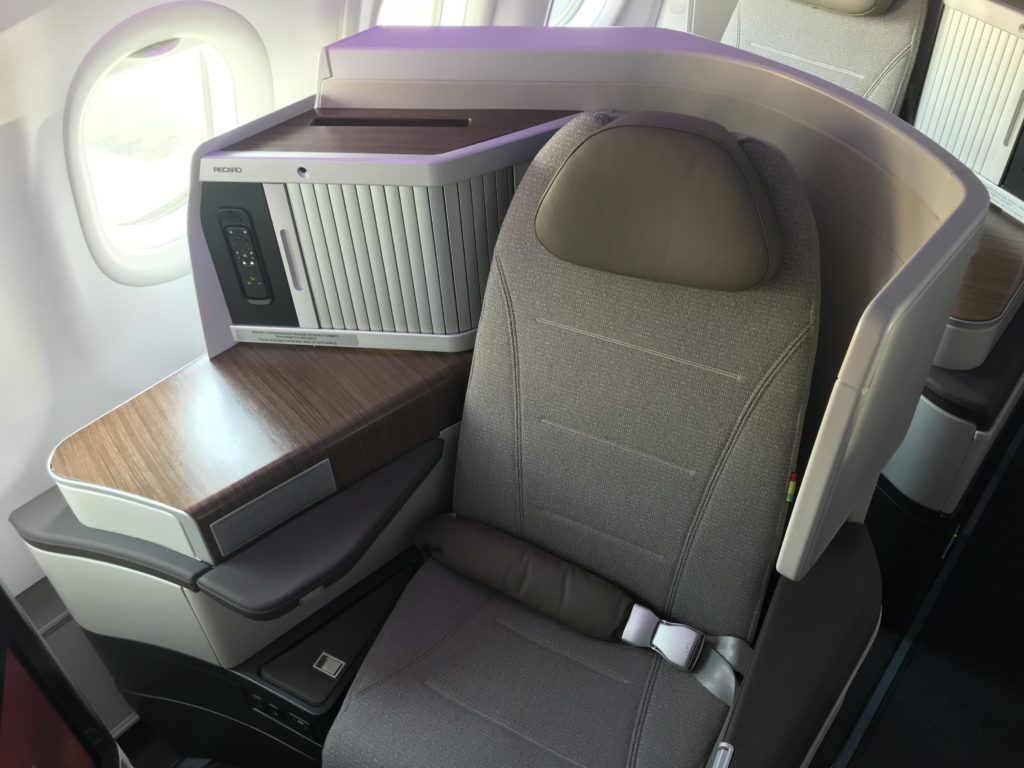 Yet details are fundamental to cabin success, as numerous examples in recent history have shown. While the centre pairs will receive central privacy dividers, there will, however, be no design change to the outboard seats, including to the privacy wings, which are less prominent than on some other competing products. 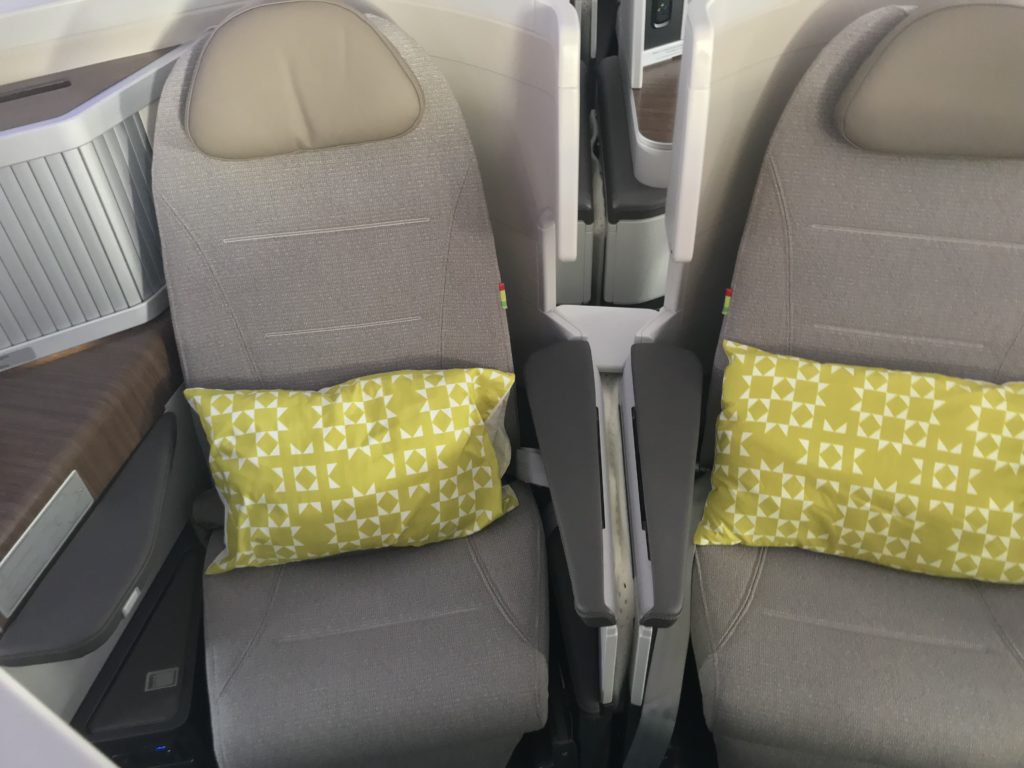 Actual dividers will replace the foam between the centre pairs of seats. Image: John Walton

During proving flights, which also served as media events, the seats did not receive universal acclaim for their fit, finish and sturdiness. Airbus is fortunate in that it can point to these as “prototype” seats that will be replaced prior to delivery, reducing criticism from its invited media.

Around the cabin, some bright sparks of the A330neo Airspace design are already visible. The integration of the front of the cabin is elegant in the centre sections, including foot cubbies that overlapped remarkably into the forward galley, surmounted by side-facing storage lockers rather than galley cart storage and work surfaces. Stickers on the forward centre monument proclaimed these to be manufactured by AIM Altitude.

On the outboard sections, too, the aisle-adjacent passengers’ feet tuck underneath a side storage locker, although this raises somewhat less elegantly to a space just below the bins. The integration of these three monuments also means less space separation and noise insulation between the relatively small forward galley and the front rows of business class. 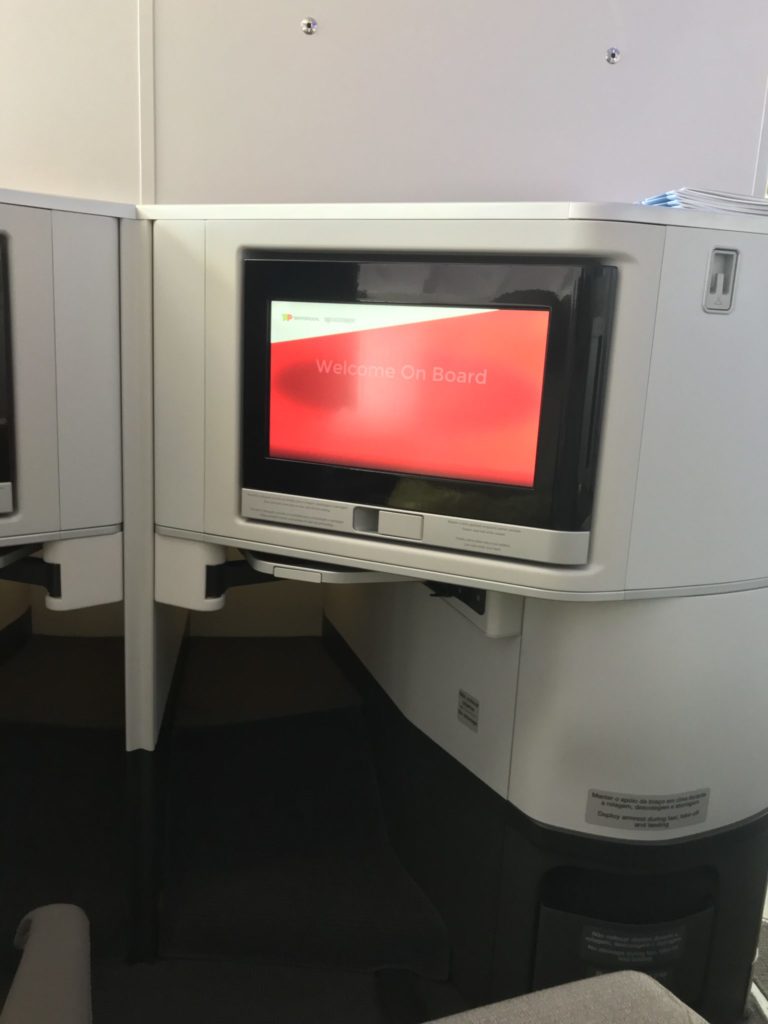 From a strategic perspective, Airbus — which was hit heavily by seating supplier delays and production quality on the A350, most notably in Cathay Pacific’s Zodiac Cirrus implementation — has either been very lucky, very smart or a bit of both in the order of deliveries to early A330neo customers. The premium seats furnished for the first tranche of A330neo aircraft are supplied by some of the seatmakers with the most reliable reputations for on-time delivery.

A330neo launch customer TAP was also expected to launch the Recaro CL3710, which in fact launched with El Al in a slightly different version for the Boeing 787 cross-section on El Al’s first Dreamliner, as the result of delays with the Rolls-Royce engines for the aircraft. There is a certain second-mover advantage here in terms of learning from the mistakes in the first production.

“We were actually quite glad that they chose this seat,” head of aircraft interiors marketing Anaïs Marzo da Costa tells RGN. 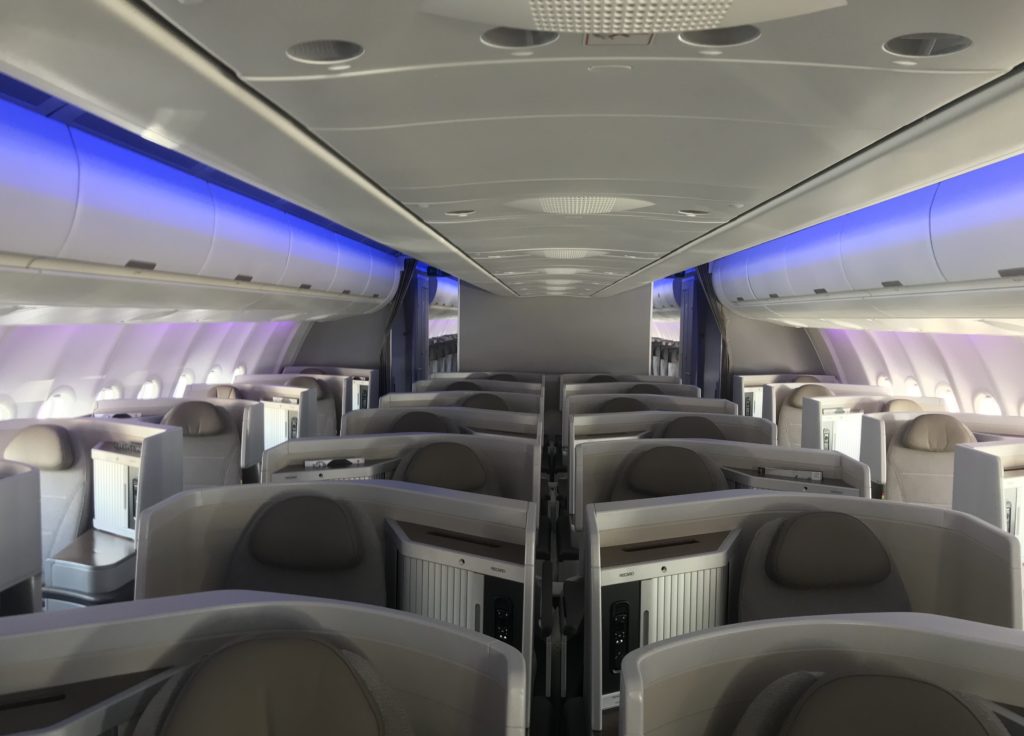 TAP is launching the A330 Airspace cabin. Image: John Walton

The next airline up, Marzo da Costa says, is WOW Air, which has selected Geven’s Comoda recliner for its WOW BigSeat, the seatmaker confirms.

The third aircraft is expected to be for Brazil’s Azul, which will take Airbus subsidiary Stelia’s Solstys seating, while the fourth will be Air Mauritius, which will install Solstys III, Marzo da Costa says.