Norway’s Widerøe Airlines has taken delivery of a brand new Embraer E190-E2. Being the launch customer airline and the first delivery of the new E2 series, the delivery was celebrated with great fanfare at Embraer’s final assembly location in São José dos Campos, Brazil.

Several hundred Embraer employees joined a delegation of Widerøe staff and media as the plane was towed into position before the crowd. Following the arrival of the aircraft, leaders of both companies made remarks, before a ceremonial handover of a key to the aircraft.

The E2 series is much more than a re-engined fuel saver like the A320neo or 737 MAX, according to Embraer. Several changes and upgrades have been made, which make the E2 series 17.3% more fuel-efficient than its E190 predecessor. The E190-E2 features Pratt & Whitney PW1900 engines, which provide over 12% of the fuel savings.

Another fuel-saving contributor is a new gull-shaped wing that now features a raked tip as opposed to the winglets on the E1 series. An Embraer engineer said the gull wing was necessary to provide the ground clearance needed for the large PW1900s. The wing has the highest aspect ratio in its class, and the longer wing still fits into a standard gate footprint for a single-aisle aircraft with room to spare. 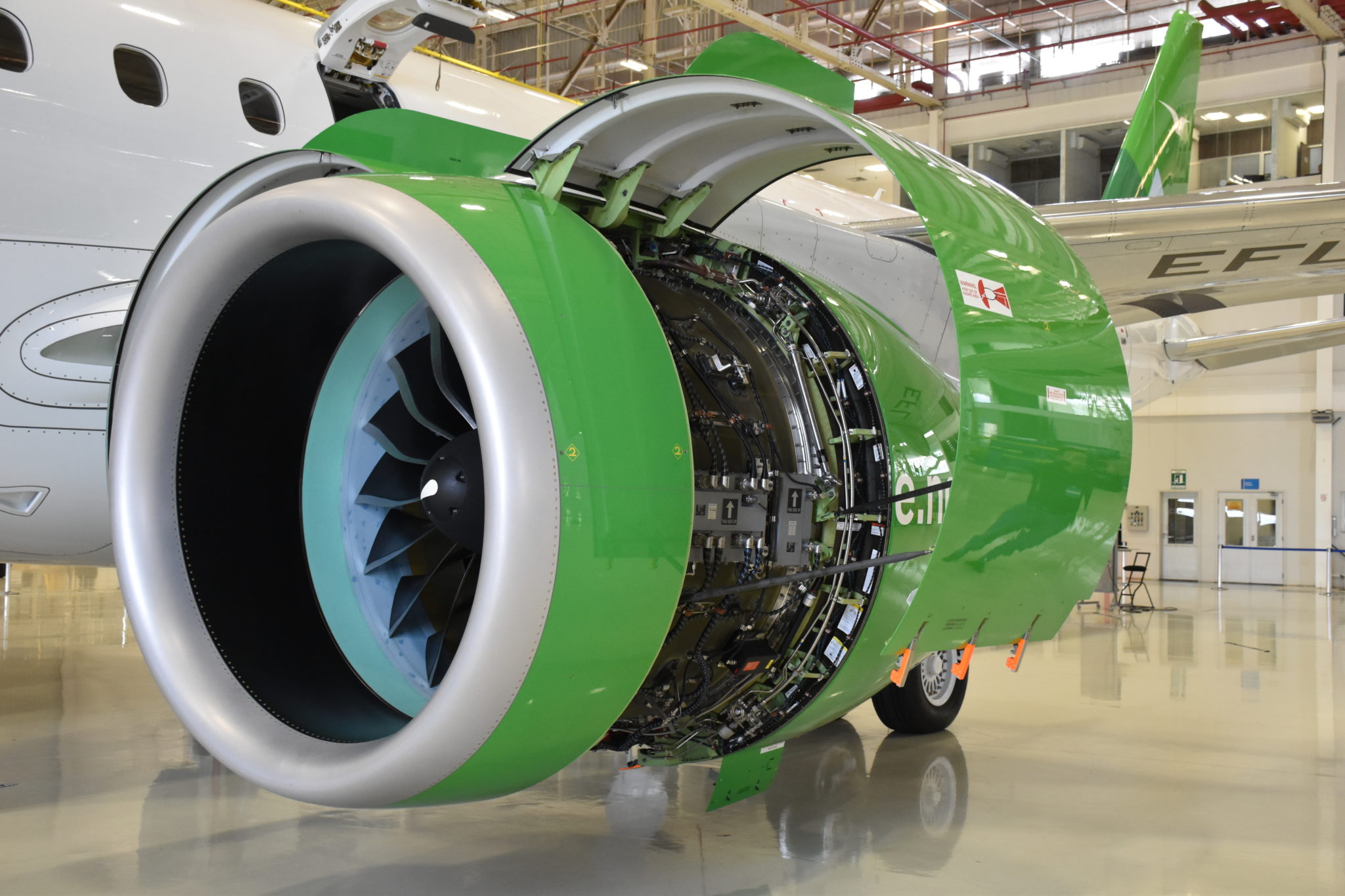 Embraer also made the passenger windows flush-mounted against the outer fuselage, which reduces the amount of drag. As a result of the gull wing, the horizontal stabilizer was shortened, providing a fuel-saving weight reduction. In addition, the landing gear now folds up and is completely concealed behind a door under the fuselage. The additional weight of the door mechanism was insignificant to the fuel savings gained. 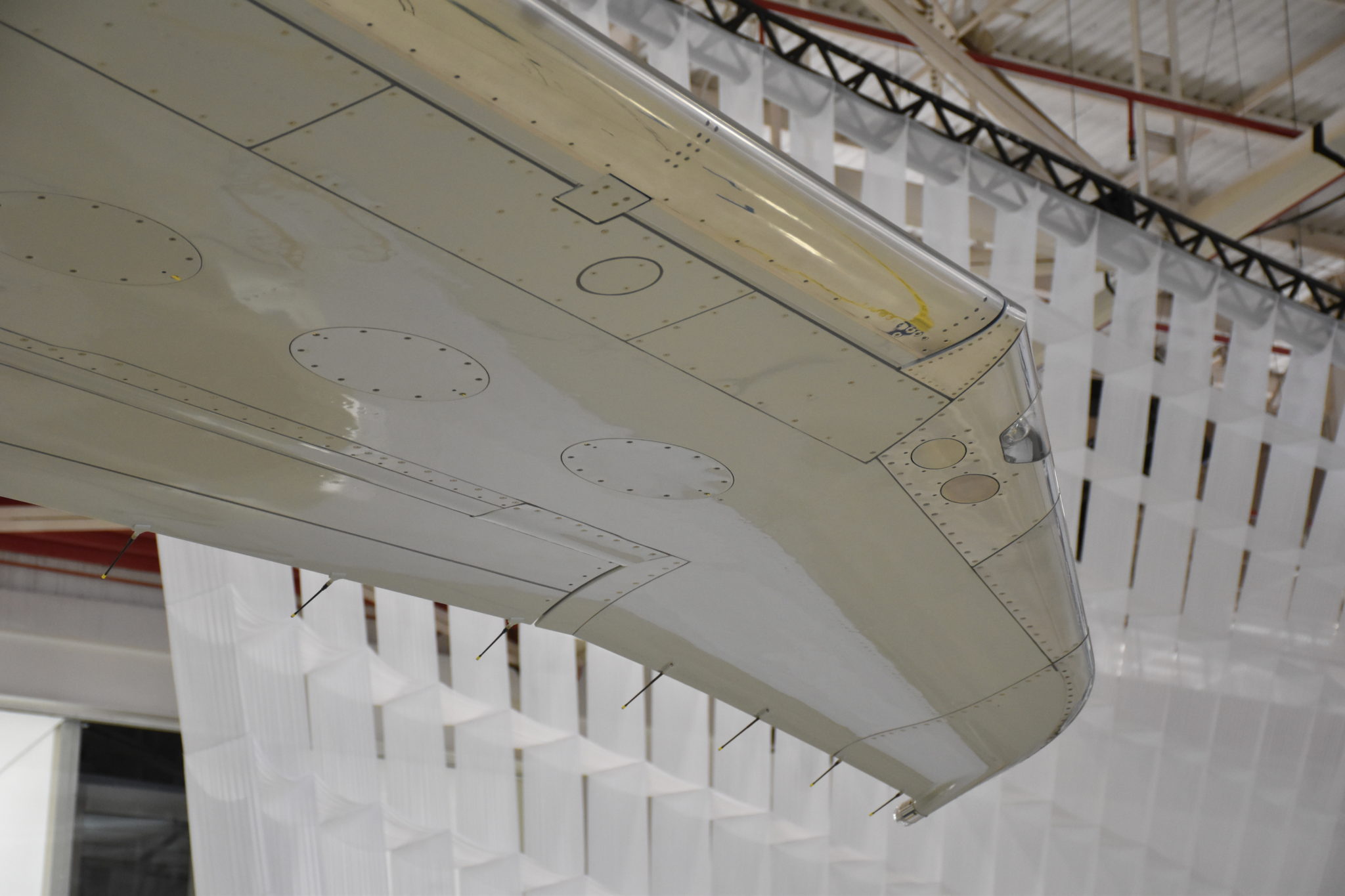 Inside the flight deck, Honeywell has contributed a new four-screen instrumentation panel, including the first airline application of its Synthetic Vision System (SVS), providing pilots a real-time simulation of terrain and weather with a range of up to 300 nautical miles.

This reduces pilot workload and adds a significant measure of safety in places such as Norway, where winter storms can cause significant disruptions.

Operating since 1934, Widerøe is Norway’s largest regional airline, with a fleet of 38 Bombardier Dash-8 series turboprop aircraft. In its past, Widerøe flew another Embraer aircraft, the Brasilia 120. The delivery of the E190-E2 this week is the first of three on firm order, with options for up to 12 more.

When pressed about the potential for more orders, Widerøe CEO Stein Nilsen said the airline plans to evaluate its needs and may decide by later this summer. Nilsen said Widerøe chose the E190-E2 because, “It’s the right size for our market. The flexibility in the Embraer [E Jets] family is really what we are looking for.”

Within Widerøe’s minimalistic E190-E2 cabin, seating capacity is maxed out with 114 leather-covered Zodiac Z2 seats in staggered 2-2 rows, with a 29-inch pitch, though Norwegians are not known for being short of stature. The seats recline a meager two degrees, which hardly seems worth the effort. Each row of seats has a pair of AC power outlets, located at the base of the previous row. 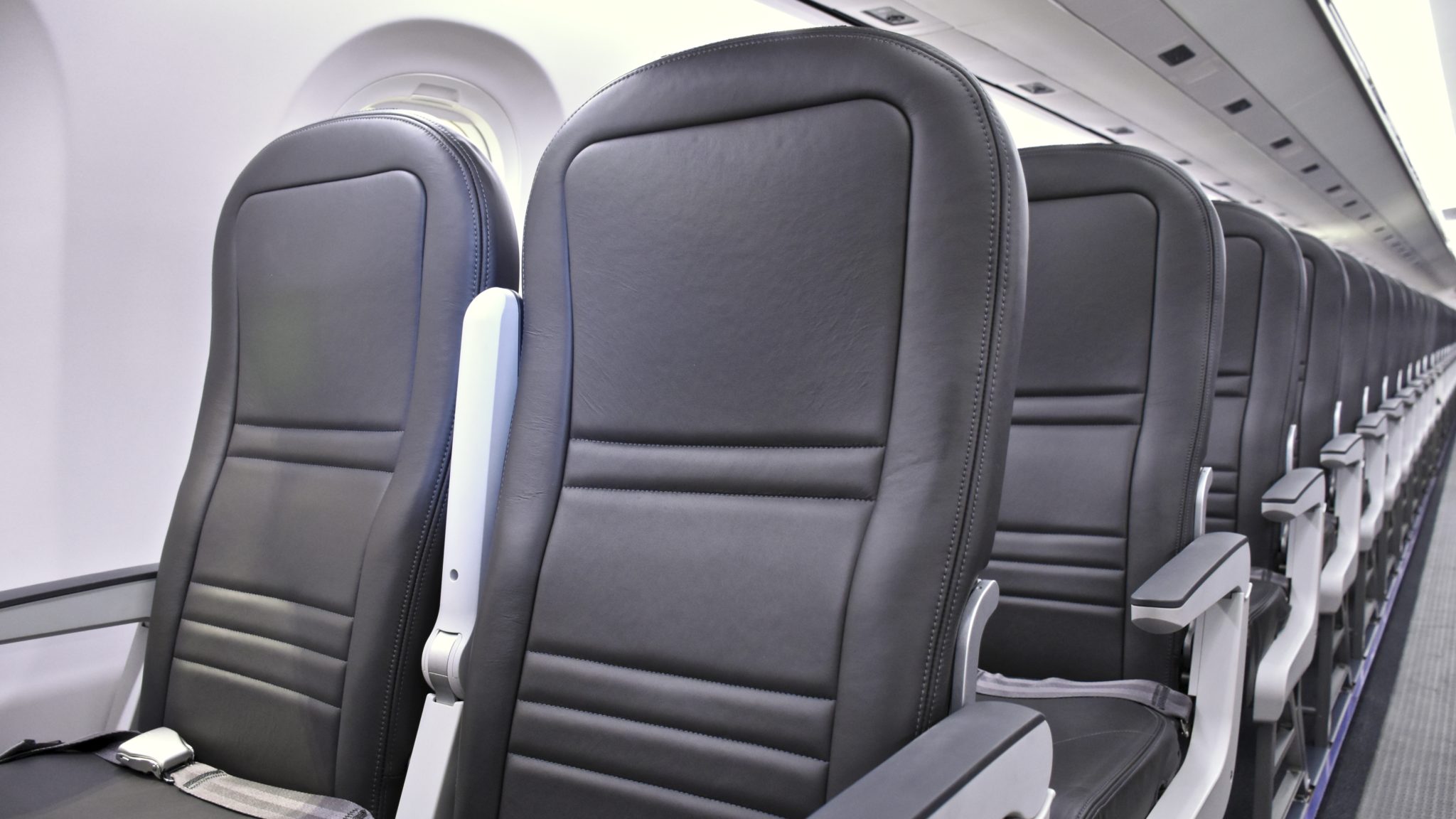 Deputy COO and E2 Project Manager for Widerøe Andreas Aks said that while there is no IFE installed, the plane has been pre-wired for “a Panasonic solution that will be available in a few years”, providing speeds of up to 250 Mbps.

A Panasonic spokesperson tells RGN that Embraer and Panasonic are now executing the installation design and certification of the connectivity system which includes the firm’s new modem and single panel antenna. The cabin furnishings (server, WAPs, modem, etc) are already delivered with the first aircraft, and Wideroe is awaiting the availability of the antenna installation service bulletin to complete the system and activate it, which is expected towards the end of 2019.

Widerøe’s first E190-E2 will depart from São José dos Campos for Norway on 9 April. Service will launch on 24 April from Bergen to Tromsø, followed by Bergen to Bodø on 26 April. 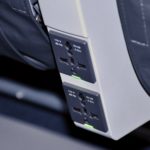 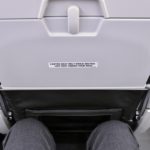 29″ seat pitch and only 2 degrees of recline. Image: Paul Thompson 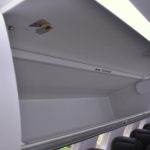