NORDAM has been given permission by Boeing to work with airline customers to design, engineer, manufacture and certify front-row and other interior monuments for Boeing 737, 747-8, 767, 777, 777-X and 787 airplanes. This means Boeing’s airline customers can order new airplanes to include beautiful, custom-crafted interior pieces from NORDAM, fully finished and ready for service.

In an airplane cabin, front-row interior monuments establish the boundary in front of a first- or business-class seat. These pieces complement the seat surrounds and may include custom closets, bulkheads, class dividers, storage compartments or bar units.

“Now, NORDAM’s long-time airline customers from our repair and transparency businesses are able to select us for their first-class interiors,” NORDAM CEO Meredith Siegfried Madden said. “We look forward to working with Boeing and its customers to create unique cabin experiences.” 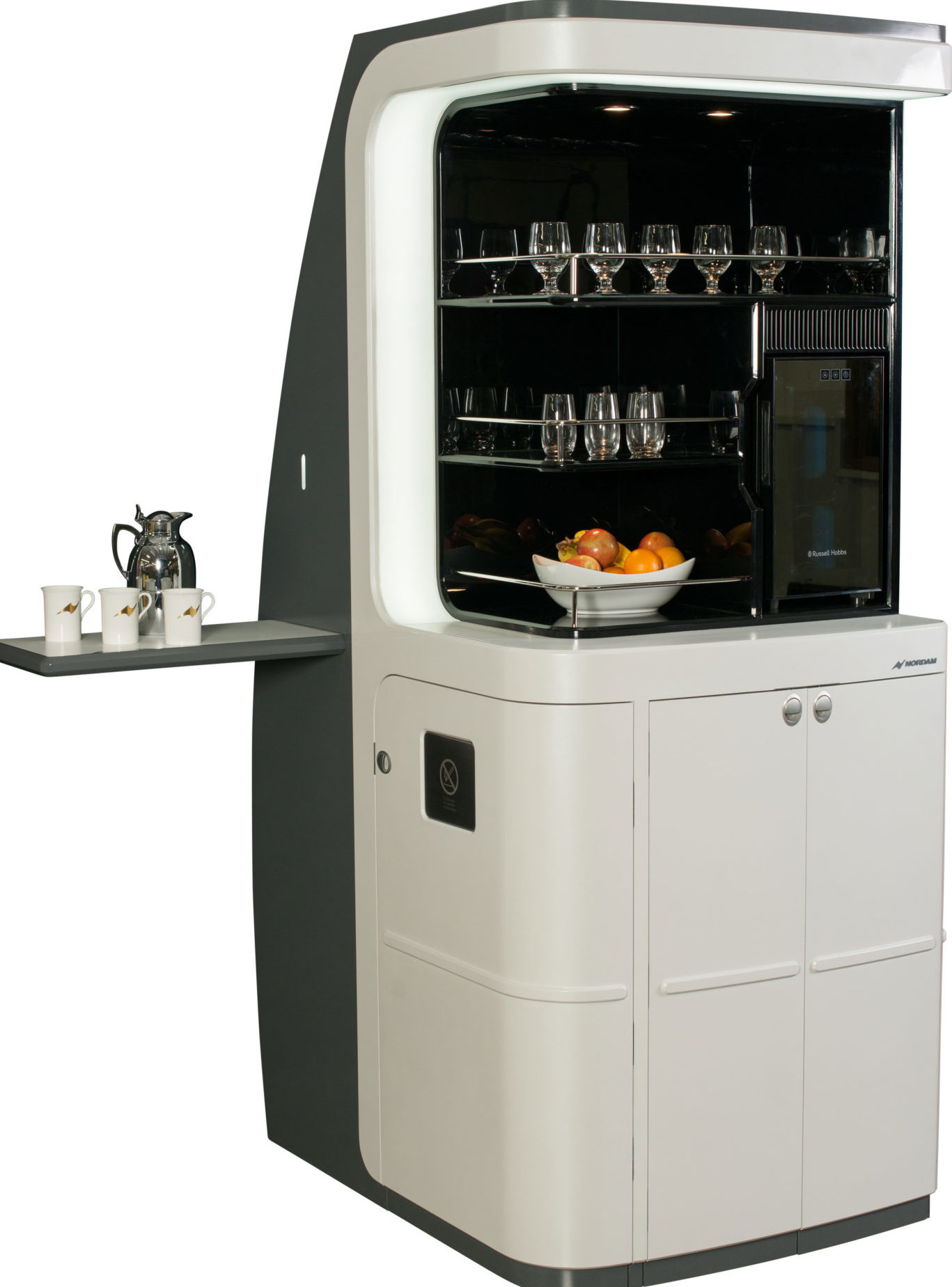 This refreshment center is one example of a NORDAM-built custom interior monument. Image: NORDAM

In 2016, NORDAM initiated the formal process to seek Boeing offerability. They designed, engineered and built a prototype monument, putting the custom-crafted piece through all the testing and qualifying activity that would be required to certify an aerospace product.

Press Release: Iridium readies for fourth launch of NEXT satellites