The Sliding Carpet System significantly speeds the loading and unloading of cargo, reducing on-ground turn times to about 20 minutes. It consists of a self-contained conveyor belt that runs the length of the aircraft cargo bay. A single onboard loader electrically drives a bulkhead attached to the belt to move cargo to and from the cargo door to load and unload the aircraft.

“We value our suppliers who develop technologies that drive down cost, increase performance and add value for our customers,” said Beth Anderson, vice president of Payloads and Systems, Boeing Supplier Management. “The Sliding Carpet System does that in an innovative way.” 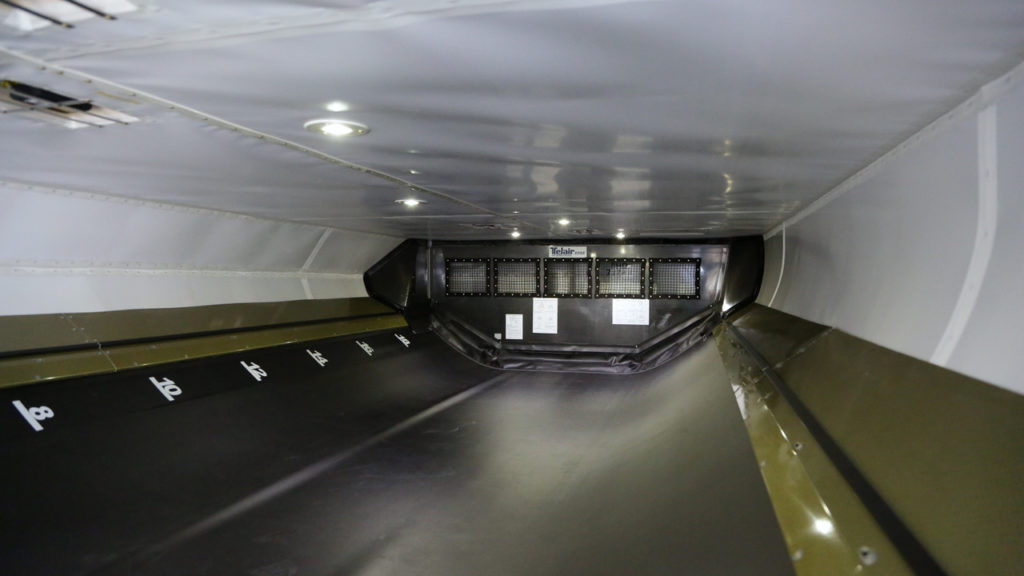 Op-Ed: Why it’s time for flight shopping to finally change