As airlines start considering how to outfit their future widebody fleets, the question of how to bridge the gap between existing business class and first class seats, in most cases while sunsetting first class as a product, is looming large.

It’s especially tricky for airlines and seatmakers because of the difference in size between the smaller widebodies like the A330 or 787 and larger jets like the 777 and A350. With direct aisle access a no-brainer for any serious airline in the next round of product design, the question is how to optimise both density and comfort.

One option, which the former B/E Aerospace (now Rockwell Collins Interiors Systems) showed to Runway Girl Network behind closed doors on its stand at the Aircraft Interiors Expo, was a remarkably developed three-abreast version of its Super Diamond seat aimed at cabins of roughly the size of a 787 or A330. (B/E requested no photos of these highly developed concept seats in this competitive sector of the market.)

This “Super Super Diamond” aims to remedy one of the issues airlines are now facing in business class: the real estate required to add must-have next-generation features like doors, side tables and a greater sense of space means that on smaller widebodies the 1-2-1 layout with direct aisle access is just too cramped.

Some airlines and seatmakers discovered this some time ago, of course. Virgin Atlantic realised when it debuted its 2003-era Upper Class Suite on its A340 fleet that it couldn’t fit four of them into each row, which led to a 1-1-1 layout that required narrower seats than the 747 version of the product in order to make the economics work.

All that led to the development of the ill-fated and remarkably cramped interwoven herringbone Dream Suite when Virgin took its A330-300 fleet, but that product is now slated to be replaced by the updated version of original Upper Class Suite on the A330 fleet that is currently seen on Virgin’s Boeing 787 (and on Air New Zealand’s Dreamliners too).

The B/E product was, to start with, thoroughly beautiful in terms of design and materials. Regular Up Front readers know that I’m not usually prone to ecstatics when I see a new product, but Super Super Diamond was outfitted with a range of fabric, leather and stone effect materials, combined with lighting and fittings, that truly felt like it would fit in a professionally designed yet comfortable home or in an ultra-luxurious automobile. 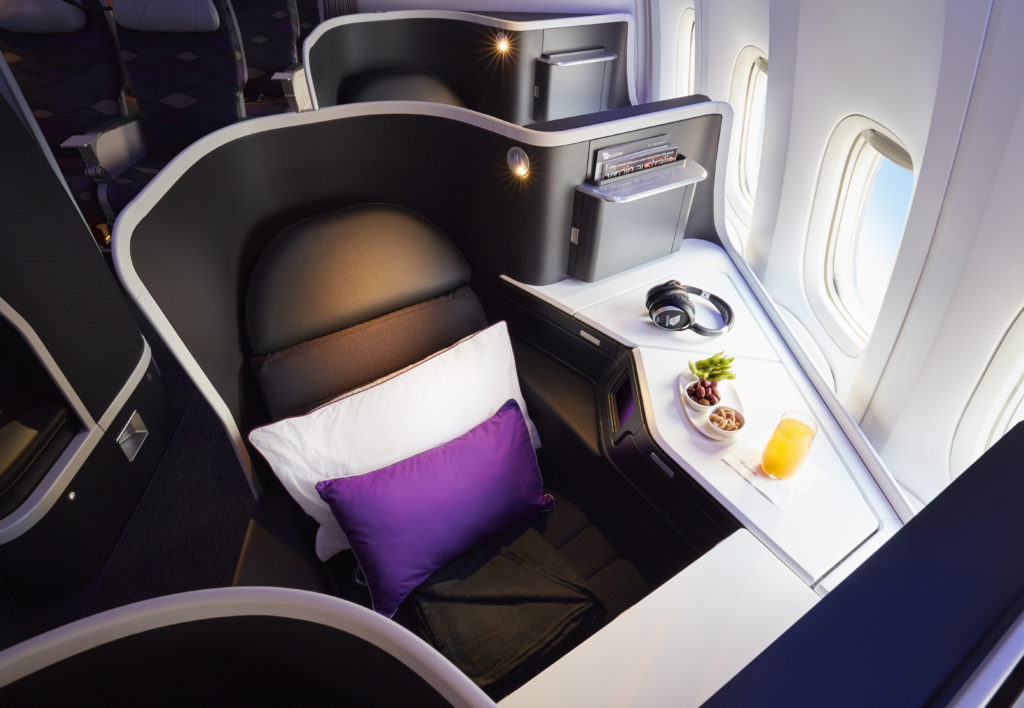 To balance density in a three-abreast layout, the seats are angled closer to 45 degrees away from the centreline, which will of course require safety testing, though with advances in thermoplastic crumple zone technology and the growing acceptance of shoulder belts in premium cabins this shouldn’t be the issue that it has been in the past.

The extra angle also creates new options for stowage on the side table and the walls of the suite, while doors will be available for any airline that wants them — and, make no mistake, many (if not all) airlines will. The sidewalls of each individual pod even without the doors also give much more privacy than many implementations of previous generations of outward-facing herringbone seats. Smaller widebodies’ versions have generally lacked shell structures that wrap around to the extent of larger widebodies like the 777 or A350.

The seatmaker has also done some clever evolutional work in this latest version of the Super Diamond platform, with the various heights of the surfaces lending a substantially more spacious feel to each individual pod than previous generations.

All in all, the design, engineering, appearance and overall wow factor make this seat one to watch as an increasing number of airlines start looking to replace current-generation business seats while also pumping up the premium #PaxEx. 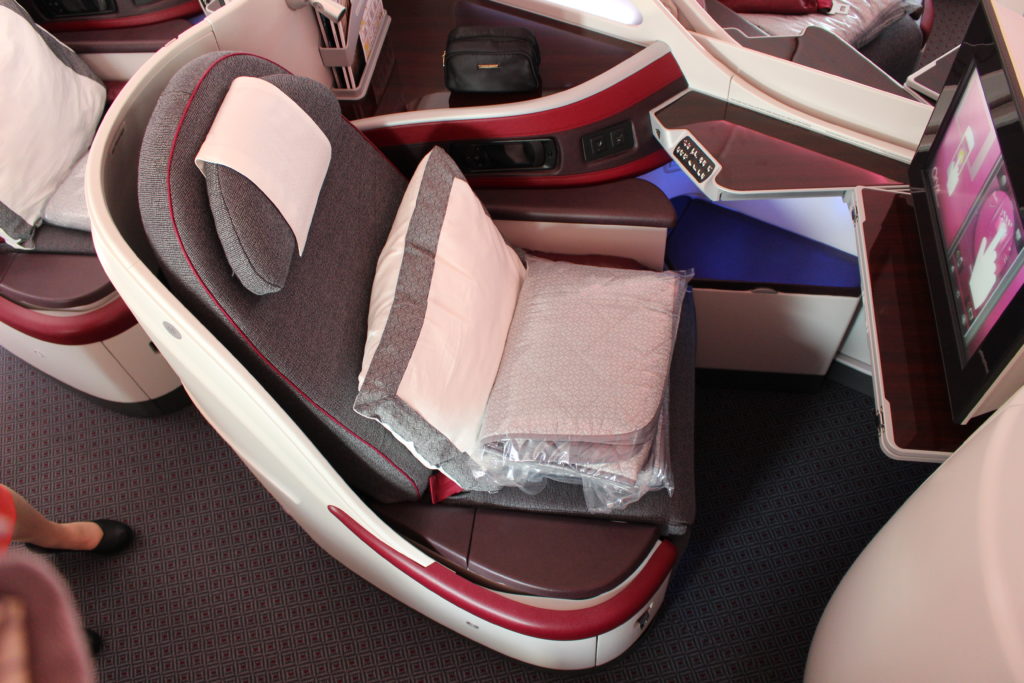