Earlier this month Nielson Games released its annual US Games 360 Report for 2017, which found that a whopping 62% of console gamers also play video games regularly on their mobile device or tablet. Looking to capture the eyeballs of some of those app-happy gamers when they fly – and help modernize airline safety manuals to boot – Professor Luca Chittaro and his colleagues at the Human-Computer Interaction Lab (HCI Lab) at the University of Udine decided that the best way to inspire digital-age passengers to pay attention to inflight safety procedures might just be to gamify them in an app. So, that’s exactly what they did.

Entitled Air Safety World, HCI Lab’s latest app isn’t just informative and imminently playable but if it works as planned, it also might just save a few lives along the way as well.

“Air Safety World is our just released app that … provides the world’s first opportunity to try the interactive safety cards of [the] future,” says Chittaro. “Safety procedures are brought to life by two AI-based, virtual flight attendants guiding the user with personalized feedback as [they] actively try out the procedures first-hand in high-fidelity 3D aircraft cabins. The interactive training experiences include assuming the brace position, donning life preservers, wearing oxygen masks, finding the emergency exits on the most common types of airliners, and opening the various types of aircraft doors. Moreover, Air Safety World also includes a collection of games that turn [the] learning of safety knowledge into entertaining experiences.”

Ranging from simulation games where players are tasked with coordinating a cabin evacuation with passengers who keep trying to take their carry-on luggage with them as they deplane, to a highly-addictive first-person action game called Door Ninja, in which the player must open a series of aircraft emergency exits on a timed course, the points that users collect as they play can also be used to build a virtual fleet of real-world airliners and send them flying around the world. 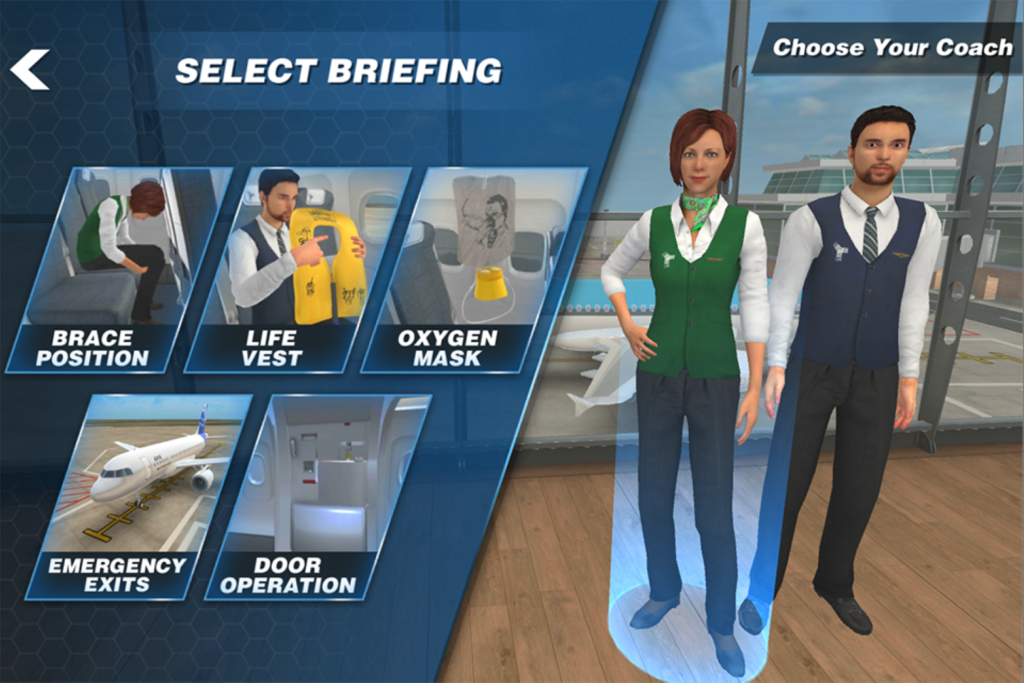 “Research on traditional airline safety briefing media like safety cards and videos, has highlighted that they are scarcely effective for two main reasons: lack of passenger’s attention and lack of passenger’s comprehension,” explains Chittaro, adding that introducing interactivity into the mix and gamifying the experience are just two of the ways that Air Safety World hopes to tackle those concerns.

It’s not Chittaro’s first time at the air safety app rodeo; his team got the ball rolling a few years ago. But the latest experience is also personalized, based on the needs of the specific passenger, explains Chittaro. “For example, the virtual flight attendants in our app can change and focus the explanations of the instructions based on the errors the passenger makes in trying the procedures in the virtual world. And the different games in the app also address different player’s tastes, so that one can playfully learn safety knowledge in a context that matches his or her preferred game genre.”

Another cool feature of Air Safety World is how easily the virtual cabins and aircraft featured in the app can be branded by real world airlines.

“Air Safety World can be independent as well as tailored to a specific airline,” says Chittaro. “For example, the cabin interiors, the seat maps, the flight attendants and their uniforms, and specific equipment, [like] the life preservers, are all elements that can be changed to perfectly reproduce, in the 3D environment, the real-world experience of a specific airline.” 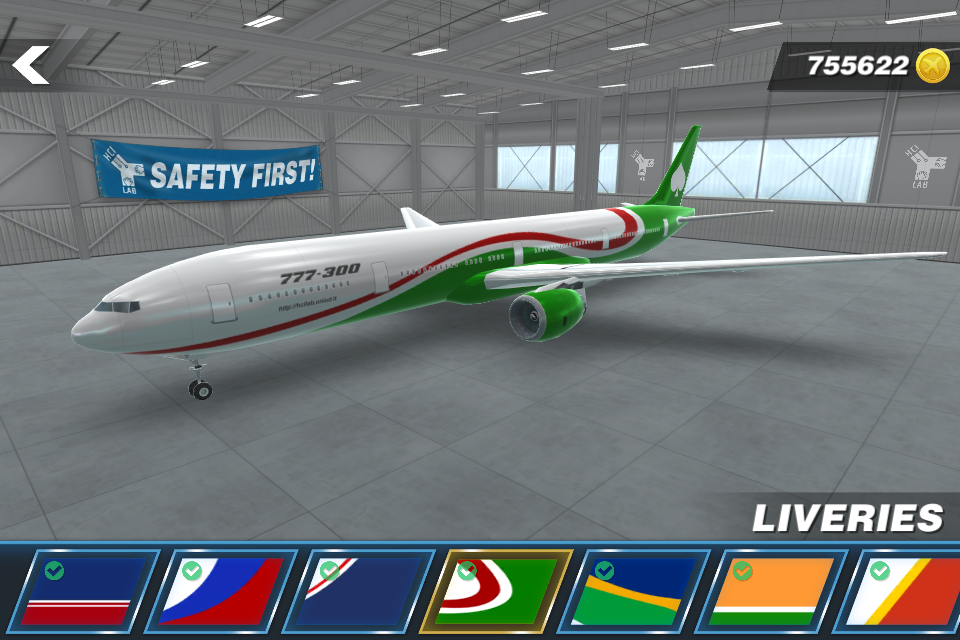 And though your author was personally a bit frustrated that I couldn’t scold or punish the virtual passengers who tried to sneak off the plane with their carry-ons in the app’s AirEvac: Land game, Chittaro says HCI Lab has an app for that too.

“Our public Prepare for Impact app … [which] extends to the cabin environment the 3D simulations that were previously restricted to the cockpit for pilot training only … demonstrates some of the work we have done in this direction by allowing players to experience reconstructions of well-known accidents as passengers, and, seeing in first-person, the effects of following the correct procedures or not. If you take your luggage [during evacuation] in the Prepare for Impact app, you can see the possible scary consequences this has on your character, such as burning up,” Chittaro says. 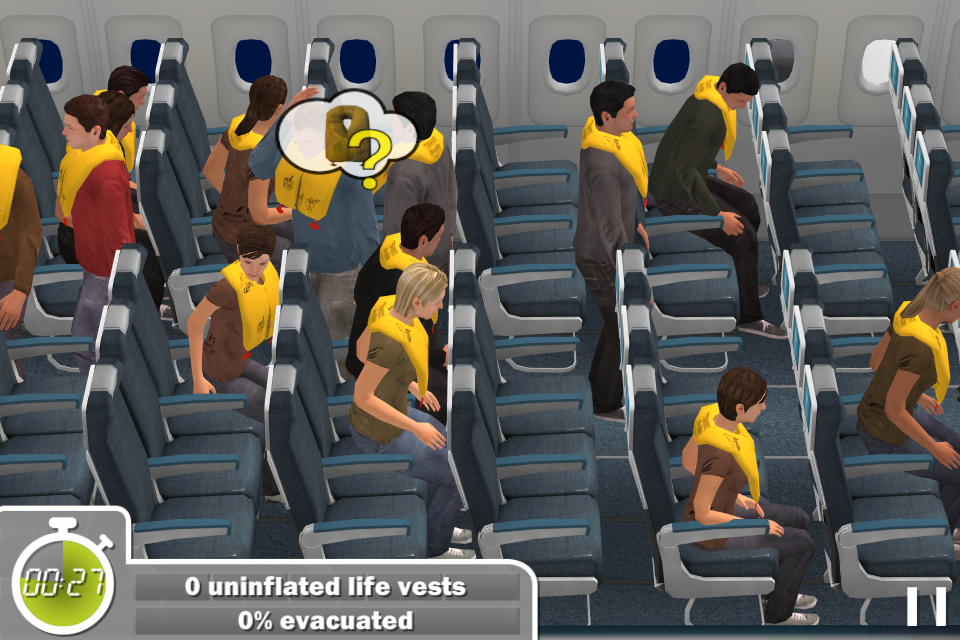 Chittaro is quick to point out that Prepare for Impact is designed to be played off-board, versus the more inflight-friendly Air Safety World. However, he notes that the game’s portrayal of the real world consequences for disobeying stated safety guidelines is already making an impact with some users.

“We disclosed the results of our studies at the recent Eighth Triennial International Fire and Cabin Safety Research Conference, organized by the FAA, [and they] have shown that both types of interactive solutions can produce better results than traditional airline safety education,” adds Chittaro. “In particular, one study has shown that making the briefing highly interactive and compatible with onboard use, as it is in Air Safety World, improves participant’s performance in the real world. When participants used a 3D briefing to actively explore a procedure, such as donning a life preserver, they made less errors and were faster in performing the procedure in the real-world compared to participants who used traditional safety briefing media instead.

“Thanks to recent changes in regulations and the general trend towards onboard connectivity … the time is right for [these] next-generation airline instructions.” 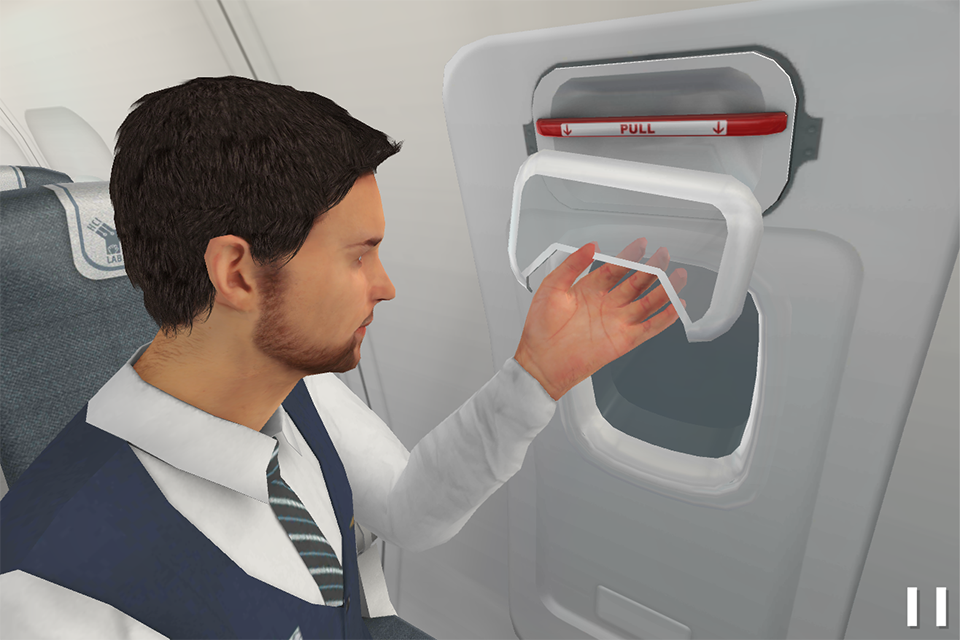