Flying business class around Europe is unlike anywhere else in the world. With its economy class seats differentiated by an empty middle seat and sometimes a few extra inches of seat pitch, I’ve always been of the general opinion that the saving grace of Eurobusiness as a product, and particularly BA’s version, is that the food is generally good enough to feel premium. I’m disappointed to report that, for British Airways’ Club Europe, in the first menu cycle since the catering change with the buy-on-board economy menu, that’s no longer the case.

That’s particularly a problem on BA, which had previously offered a very competitive and quintessentially British set of meals for several years. On a mid-afternoon flight last year I liked the finger sandwiches (though BA had the right idea when they used to serve them in plastic wrap), and I always enjoyed the warmed scone, sumptuous Cornish clotted cream and Tiptree jam.

I wish BA would go back to leaving the plastic on the sandwiches. By row 4? Dry as a bone. #thatjohnonba #PaxEx pic.twitter.com/ak2J9VRCLG

A year previously, the offering on the even shorter hop from Paris was a varied and interesting salad:

But on this hour and a half flight to Hamburg, two options were presented for half the passengers in the cabin: a beef and cheese ciabatta that, while apparently tasty (unsurprisingly the business class cabin was packed with interiors industry people heading to the Aircraft Interiors Expo), lacked any kind of refinement or upmarket flair.

It was presented, alone, on a small plate to passengers — no side item, garnish or anything else. Indeed. all the buy-on-board options looked markedly more impressive. 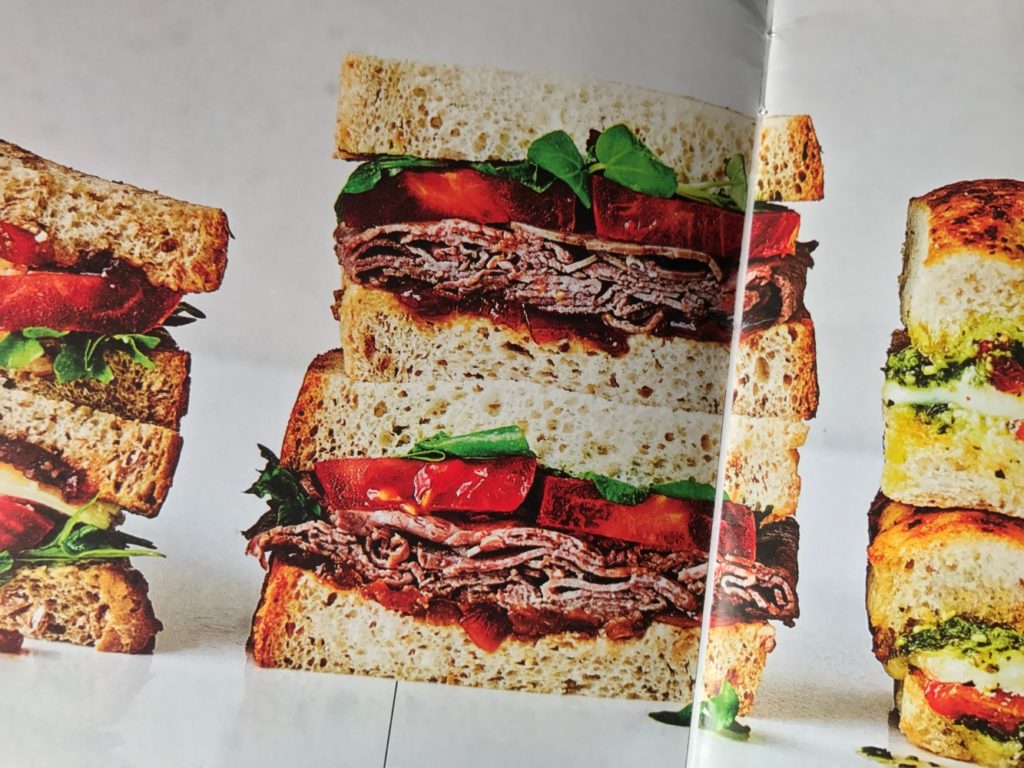 I was impressed that the economy sandwich at least looked like the menu option. Image: John Walton

Moreover, that option, clearly the more appealing, ran out halfway through row 3 of 5 on the aircraft. The other option was presented alone as “we have a chicken and prawn salad starter”.

Now, I’ve had plenty of prawn salads, but British Airways’ was singularly unimpressive in multiple ways: for a start, “prawn” was accurate. A single, miserable, oddly coloured prawn sat butterflied alone on the plate. It was also still frozen.

I’m not entirely certain how that happened, but the prawn remained crunchily ice-filled while the chicken was dry and chewy.

With clear food handling failures evident, I didn’t want to start my week at AIX with food poisoning from the prawn, chicken or mayonnaise-drenched side. After taking one crunch of the prawn and one bite of the chicken, I let a passing flight attendant know the situation. She didn’t seem overly concerned.

Passing the plate back to her, I asked whether, having run out of one of the options and with the other inedible, she might offer something from economy. She asked what I might like, and I suggested the beef sandwich. 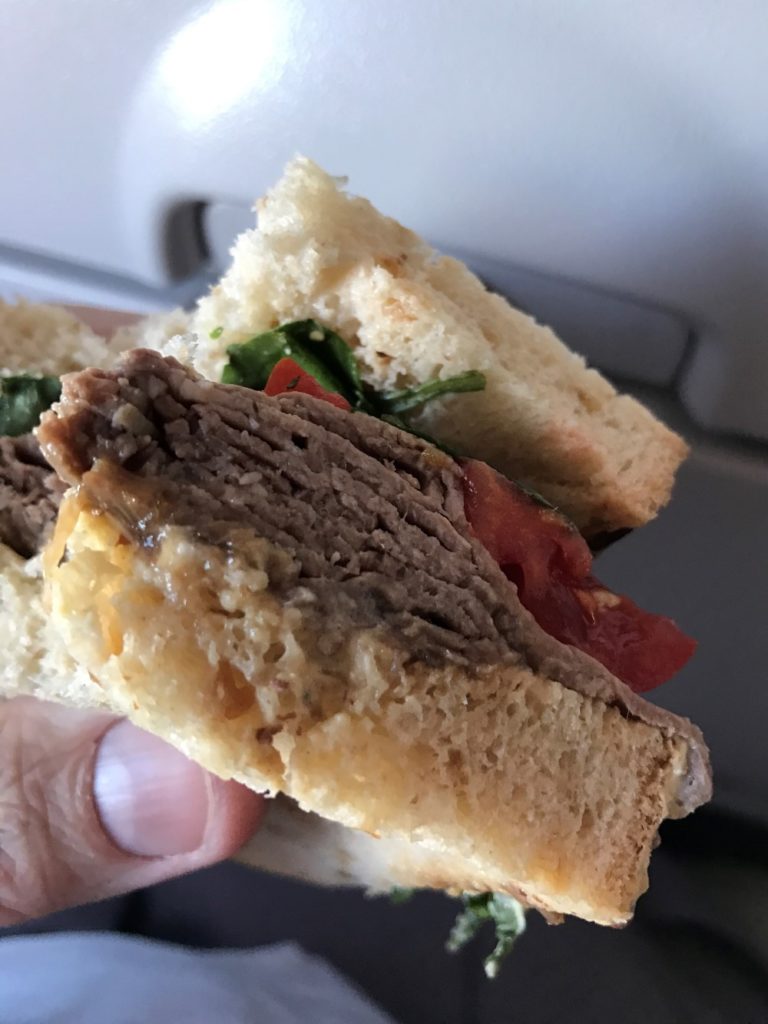 Although the onion jam had seeped through, the beef sandwich I paid almost a fiver for was tasty. Image: John Walton

The flight attendant returned a few minutes later with the sandwich and the point-of-sale machine, which was a surprise. I’d have been fine with paying for an economy item in addition if I’d been very hungry, but to charge business class passengers the frankly eye-watering £4.75 when no edible food was offered seemed a little rich, and I said as much. With a shrug, the crewmember asked whether I still wanted the sandwich. Not having had any lunch, I paid up.

The sandwich was good — but the experience left a bitter taste in my mouth. And, overall, I wasn’t the only one.

The Nigerian gent next to me actually asked a crew member "sorry, where is business class? I have a business ticket". #thatjohnonBA #PaxEx https://t.co/M0v44r0ssZ

Airlines in for a bumpy ride as global warming intensifies