LaGuardia is an airport that needs no introduction. From the leaky roof patched up with garden hoses and buckets to the extreme overcrowding conditions, we all know what is wrong with New York’s regional airport. The real story is that if you look closely, you can already see the new LaGuardia rising out of the old LaGuardia, even as temporary improvements are made.

LaGuardia Gateway Partners (LGP) is a public-private consortium that was chosen to lead the seemingly impossible task of improving the current LaGuardia Airport Central Terminal Building while simultaneously leveling it to build a new terminal in its place. The undertaking, to say the least, is massively complex. LGP will have to build an airport on top of an airport, without ever impacting airside operations or even restricting the use of a single gate.

The existing Central Terminal Building at LaGuardia comprises four individual piers, A through D, all connected by a central head house. The plan places part of the new terminal squarely on top of the existing terminal, while also replacing a parking garage and moving the entire structure much closer to the Grand Central Parkway. The head house will be connected to two major island concourses by dual pedestrian bridges spanning active aircraft taxiways.

The construction schedule (as far as projects in New York City go) is extremely accelerated, considering the complexity of the project. The first section of the new terminal will open in Spring of 2018, with about a dozen gates opening in the first section of the new B concourse. At the same time, the old A and B piers will be demolished, making way for the full B concourse to open in the Fall of 2018.

In early 2020, the new headhouse will open as LGP demolishes the old headhouse, making room to open the first part of A concourse in the Summer of 2020. By the Summer of 2022, the entire project should be complete. “We’re doing all this with very minimal impact,” said Ed Baklor, LGP chief commercial officer. “We won’t lose any gates, we won’t lose any operations, and we’ll only be driving improvement through each phase.”

During construction, passengers flowing through LaGuardia will still have to utilize the old infrastructure and headhouse to access the new concourses that partially open via temporary connecting walkways. Even though the old terminal will be coming down in its entirety, LGP has committed $5 million to improving the passenger experience. Ceilings are being replaced (fewer upside down tents collecting leaking water), restrooms overhauled, signage made less confusing, lighting replaced, and escalators rebuilt to extend their life. These minor improvements seem to represent more work than the Port Authority has put into the building in over a decade. 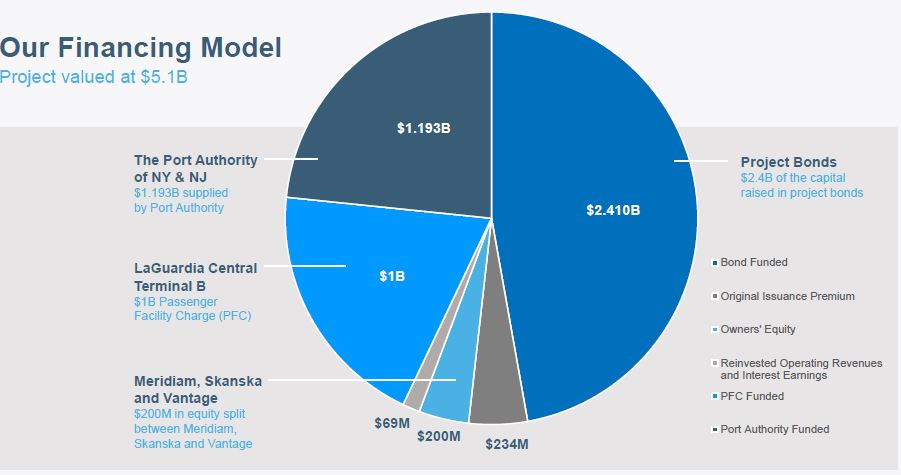 Having an existing terminal to work with while it builds the new terminal has also given LGP a chance to trial techniques and materials before it finalizes the design of the new terminal. “We’re also testing things that are letting us build an incubator, if you will, for our new building,” said Baklor. “The center food court that exists today, we’re going to replace all those chairs. And instead of just saying ‘hey these chairs are really tired and done,’ our architects have picked out a couple of chairs for the new food and beverage location, so let’s put all three in there and we’re going to ask the guests which they like best, and which hold up the best.” 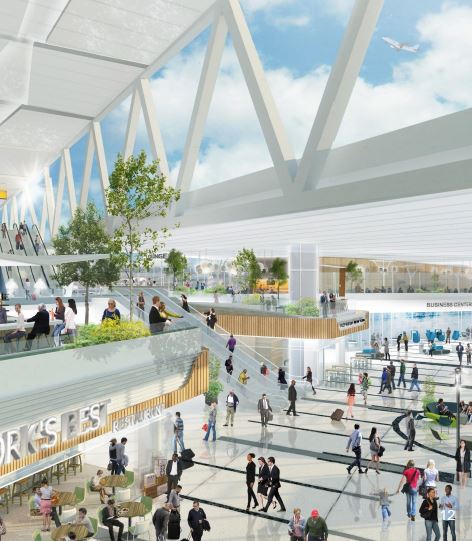 The vision for first-class concessions and retail. Image: LGA

Passengers should still avoid LaGuardia if at all possible, as traffic problems have plagued the airport during higher volume travel days. All in all, New York is finally starting to see the regional airport it deserves, and has been denied for so many decades. 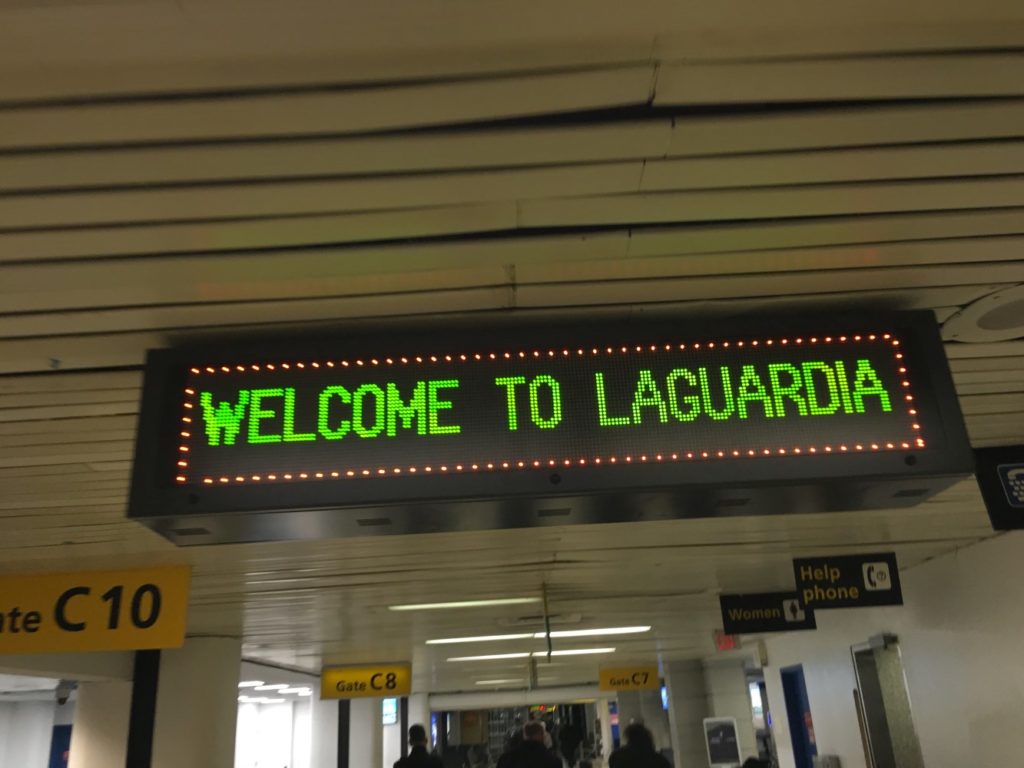 Melissa Myers: Why I’ve set my sights on becoming a pilot