Qantas’ flights between New Zealand and Australia are, in some ways, an odd bunch. Operated by cheaper New Zealand subsidiary Jetconnect, which flies a subfleet of Boeing 737-800 aircraft from and to NZ, they both do and don’t feel like Qantas, but I’ve never found them to have either the Aussie feel of the Red Roo itself or Air New Zealand’s Kiwi identity. But on a recent flight I was surprised and delighted to find mainline Qantas on what should have been a Jetconnect flight.

After a fairly disappointing checkin experience at Wellington (no automated kiosks and not enough staff to process the queue) and a rather dismal lounge (with no more sparkling wine, cheap or off-brand drinks, not enough power outlets — and insufficient glasses to keep the shelves stocked) I was pleased to spot an Australian-registered 737 pulling up, which meant that it was a Qantas plane, not NZ-registered Jetconnect. 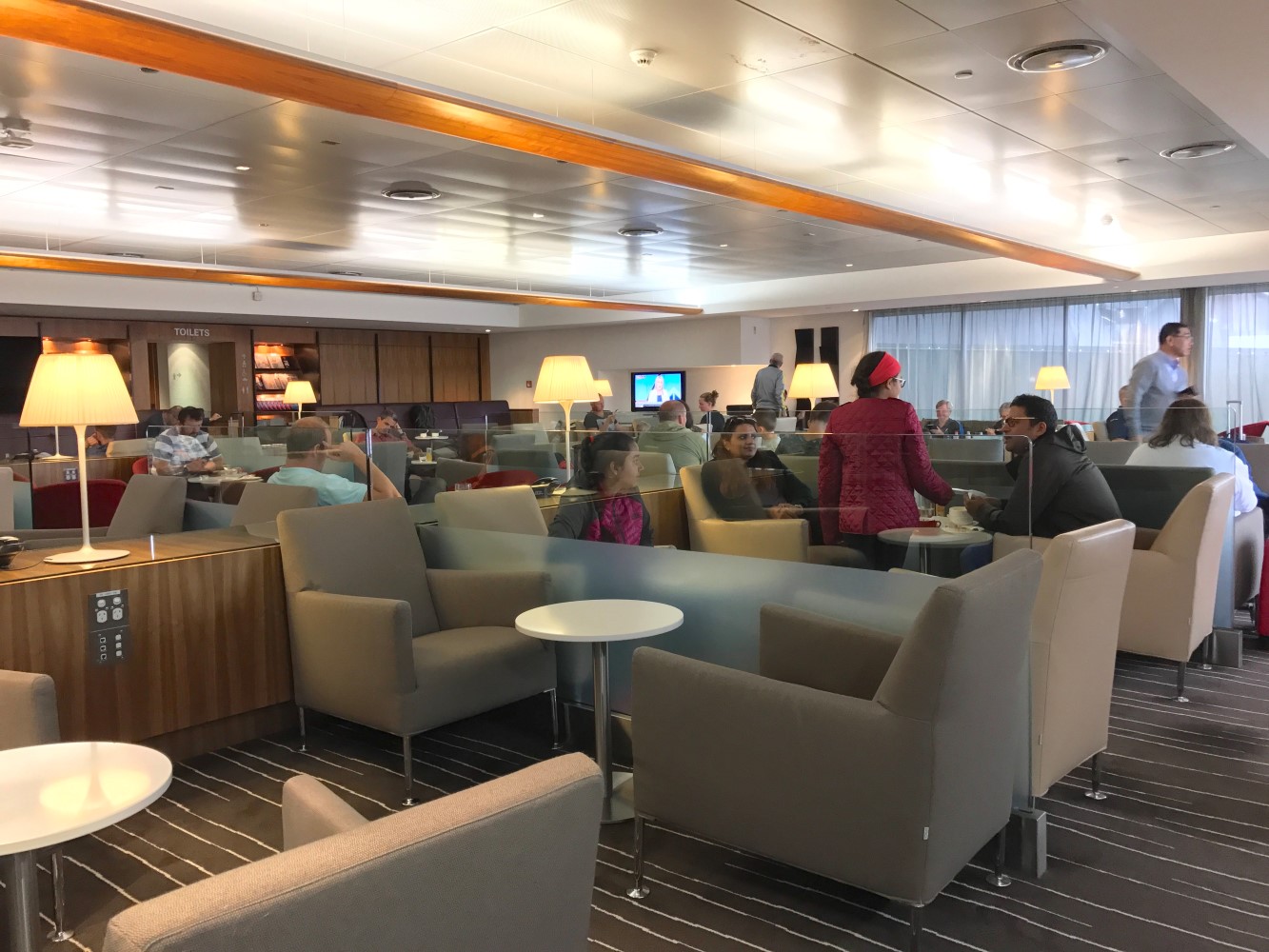 Qantas’ Wellington lounge is a bit dim and needs a rethink to bring it up to the mid 2000s, let alone the late 2010s. Image: John Walton

On boarding, I was happy to see the modern Boeing Sky Interior and larger bins featured on this 2013-vintage 737 aircraft, which Jetconnect doesn’t offer on its slightly older aircraft. For a relatively long four-hour flight, the extra headspace, elbow-room and clean white curves are a big improvement on the older, more cramped, yellowing beige Jetconnect interior.

The Qantas mainline crew, too, were an improvement on my last Jetconnect flight, with a cheery pair addressing passengers by name and making small talk while serving drinks, and then splitting up into the purser serving dinner while the other cabin crew member worked the galley.

I thought the mushroom soup — the choice to have the soup as either a starter or a main course with trimmings is one of the signatures of Qantas’ Neil Perry-designed menus — was truly delicious, and the chewy, dense sourdough bread served with softened butter (no chipping away pickaxe-style at rock-hard butter here) was some of the best I’ve enjoyed in the sky.

I was very much in the mood for the grilled chicken schnitzel sandwich, a juicy piece of thigh meat that the crew managed to get just right, with the bread toasted-crisp on the outside but soft in the centre, allowing it to soak up the juices from the tangy coleslaw and the chicken. I’ve had a lot of inflight toasties, including in various airlines’ first class, and none has beaten this one.

The place setting, cutlery and crockery was elegant, without the use of trays — again, unlike my last Jetconnect flight. The Marc Newson-designed cutlery is love-it-or-hate-it territory, but I happen to love it, and appreciate the way that the curves tie in to the Recaro seats, the crockery, and the glassware. 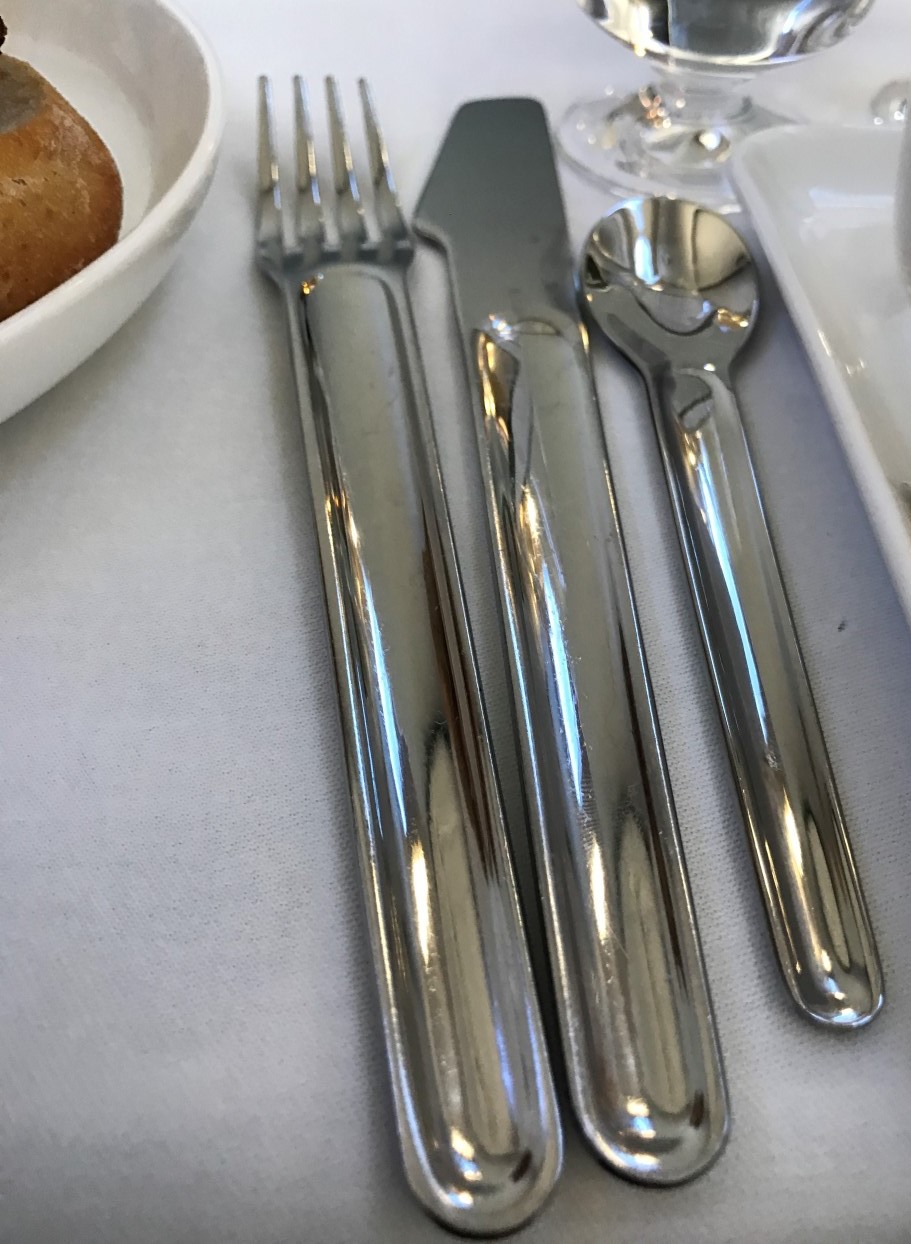 There is room for improvement, though: the cheese plate was minimal, and the little pots of ice-cream not particularly appealing, especially since basically the same thing was on offer in the lounge. These flights are long enough for Qantas to offer something a little more substantial after the main course: a hot crumble or piece of cake, for example.

The wine was wide-ranging, with an NZ Sauvignon Blanc and Pinot Noir plus an Aussie Chardonnay and Shiraz, plus Duval-Leroy Champagne, a decent category 2 drop appropriate to Qantas’ business class positioning.

The crew popped round frequently with refills too, again an improvement on my last Jetconnect flight where they just ran through the meal service.

Neither the whites nor the Champagne, however, were served chilled, seemingly because the outfitting of the 737s hasn’t included a chiller.

Overall, though, with a new plane, friendly yet polished service, great food and a decent drinks list, and some fairly easy fixes to the main inflight issues (although Qantas’ perennial failure to have priority baggage out first is starting to wear), this was one of the better mid-haul business class flights I’ve enjoyed in recent years. 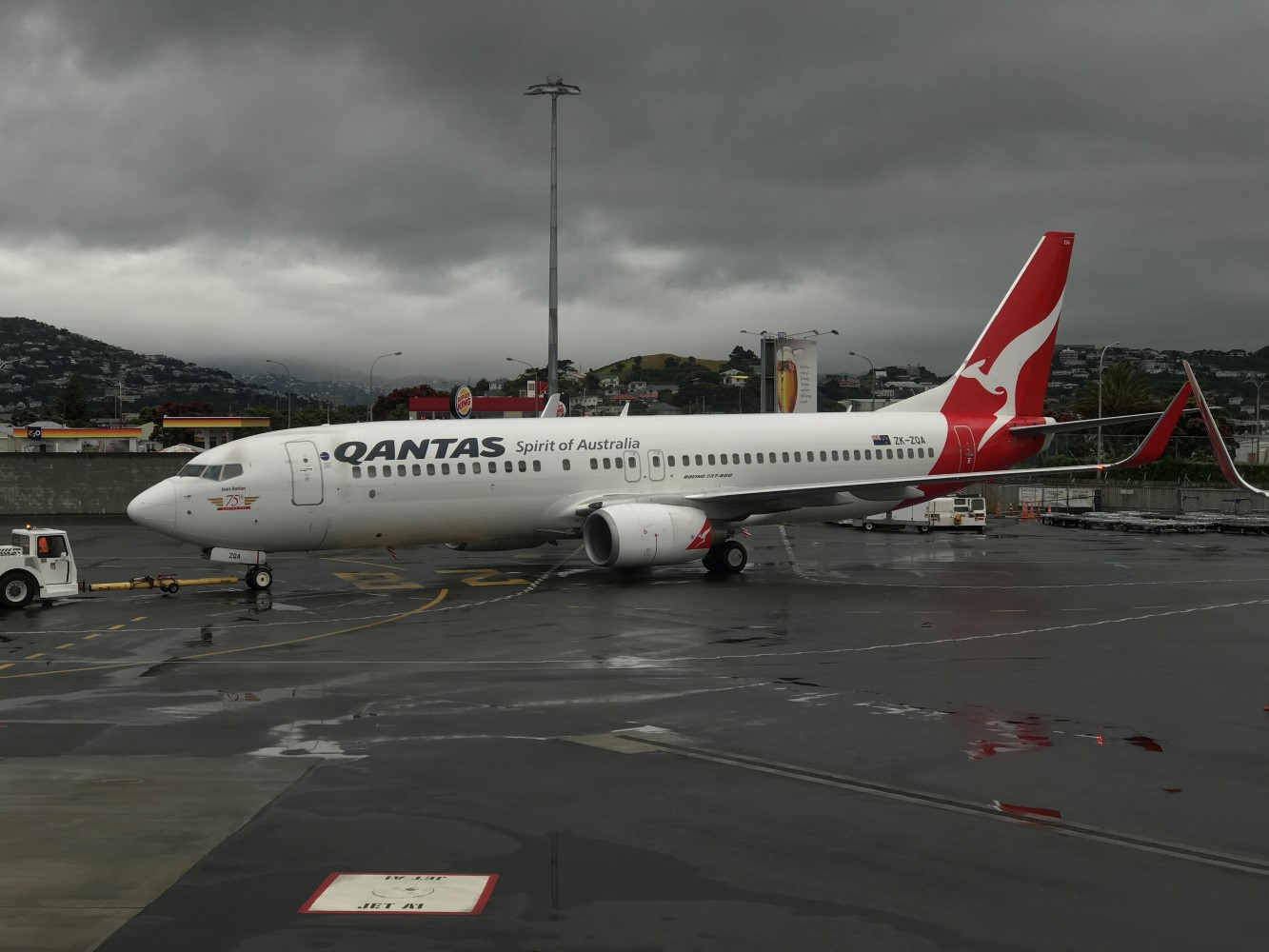