Lufthansa Group’s all-cargo subsidiary Lufthansa Cargo views development of Internet of Things (IoT) technologies and electronically transmitted, digital cargo documentation as being more useful and important priorities for its operations than providing broadband connectivity to the flight decks and cargo holds of its 17 freighter aircraft.

Speaking with RGN, Dr. Anselm Eggert, VP corporate strategy, subsidiaries & business development and board representative for e-commerce for Lufthansa Cargo, says provision of error-free digital waybills and other data on the cargoes it ships presents a more compelling business case to Lufthansa Cargo than increasing in-flight flows of data to and from its aircraft. 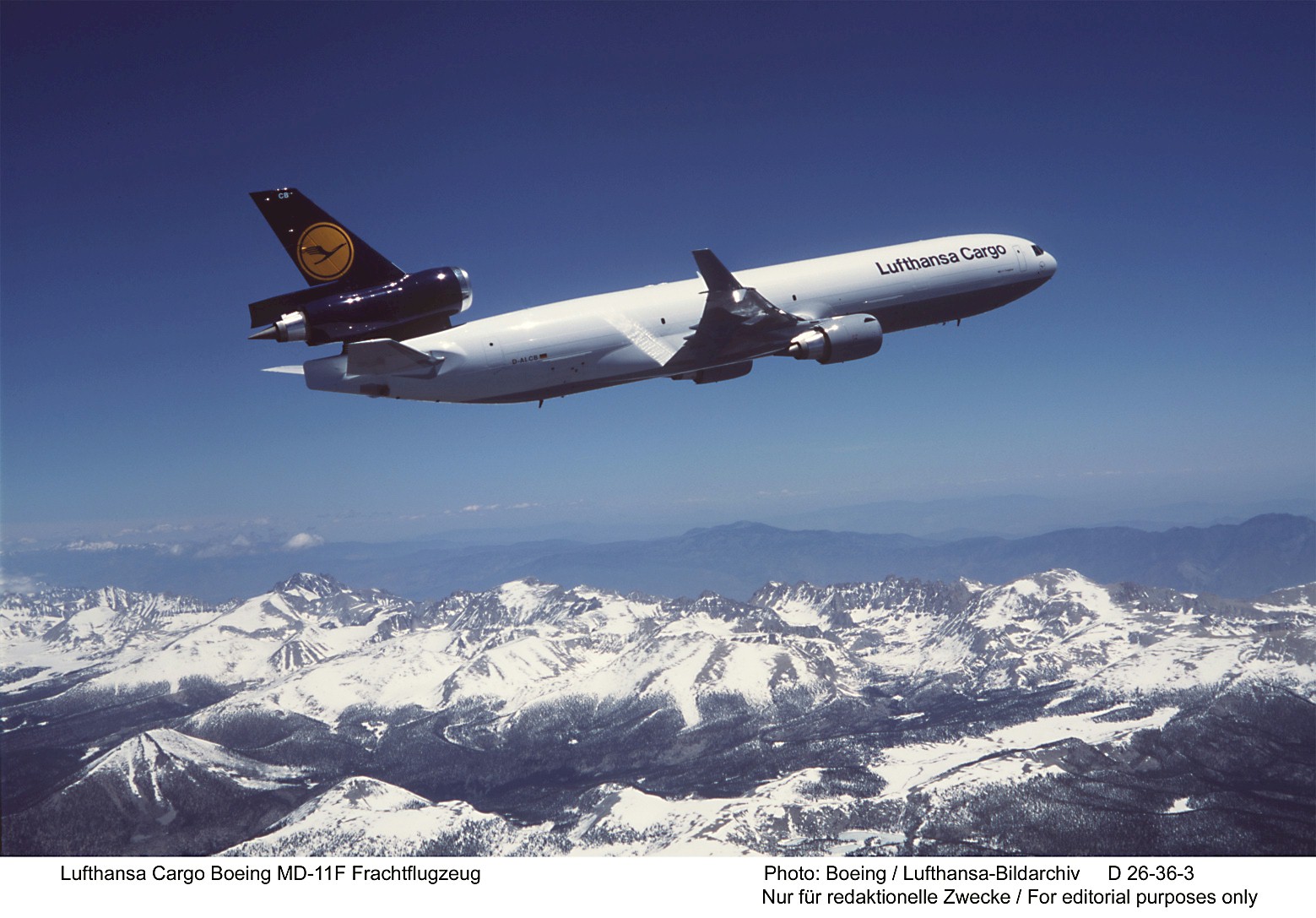 Eggert concedes that offering broadband inflight connectivity to its freighters’ flight decks and cargo holds would be useful for certain purposes. These could include providing pilots with graphical weather information and connected weather radar, and potentially allowing customers to monitor and see live video of their valuable cargoes in-flight – particularly expensive animals such as thoroughbred racehorses, which are often flown long-haul.

However, “It is too early to talk about technologies and potential providers yet,” says Eggert. “We’re looking at it – it is a great idea to look at for our customers. But [the antennae and other equipment] creates aerodynamic drag and isn’t something that comes for free. Do we have a commercial case? No, we don’t have it yet. Once we have it we would be more than happy to implement it.”

But a comprehensive IoT structure and electronic-documentation capability is of immediate interest, because the requisite business case does exist. “We strongly believe that in the next 10 years there will be huge changes and we are very happy to see them coming,” says Eggert, noting that although IATA’s calculations show 44 percent of all air cargo flown last year had digital waybills, that means well over half of all cargo flying is still accompanied by paper documents.

Filling out paper waybills is a “very error-prone” process and paper documents mean “the data [on a piece of cargo] can only be passed over once the cargo is there” at Lufthansa Cargo’s airport facilities, Eggert says. “We would love to have it at the beginning” of the cargo-shipping process, even – if workable IoT technologies were to be developed – as early as immediately upon an item’s manufacture.

If  digital data on a newly manufactured or newly packaged cargo item were available immediately to Lufthansa Cargo, every item perhaps having “a logical IP address” and there being “some database in the cloud where that is held and can be used for processing the item,” this would greatly improve the efficiency of the shipping process.

Lufthansa Cargo would know in advance of receiving a cargo item from a shipper whether the item was, say, hazardous cargo or needed special handling. All of the information required for customs clearance would also be available to it in advance, allowing Lufthansa Cargo to pre-clear each cargo item at a flight’s destination before the flight took off.

By having complete waybill data for every piece of cargo available electronically in advance, Lufthansa Cargo can ensure the data is entirely accurate and that no manual transfer of data is required. “It all increases the productivity, reliability and safety [of shipping] for the customers,” says Eggert. “It makes it much easier than today.”

The carrier offers an eServices suite of Internet applications which allow its customers to track any airway bill they have generated as it passes through Lufthansa Cargo’s system. This tells them when a cargo item has been loaded, when it has been unloaded, when the load in a pallet or container has been broken down into individual shipments and when a piece of cargo is ready for pick-up. The apps also offer a link to Flightradar24.com so shippers can monitor the in-flight progress of the aircraft on which their cargoes are being shipped.

Lufthansa Cargo operates 12 Boeing MD-11F and five Boeing 777F freighters. For its scheduled cargo operations it also uses not only the lower-deck cargo holds of every Lufthansa passenger aircraft but also the time-and-capacity equivalent of two Boeing 777Fs from the fleet of AeroLogic, a freighter-airline joint venture between Lufthansa Group and DHL Express.

The Boeing 777F is the most capable freighter aircraft Lufthansa Cargo operates. It can carry 102 tons of cargo non-stop on Asia-Europe and transpacific sectors. The airline operates five 777Fs and holds options on five more. Image: Lufthansa Cargo