At the recent APEX EXPO in Singapore, the talking points from Airbus EVP strategy & marketing Kiran Rao and VP cabin marketing Ingo Wuggetzer were around the way key elements in aircraft cabins work together – from inflight connectivity, seatback entertainment and inflight power to the wider passenger experience and the benefits of the Internet of Things – and how advancements adopted on one type can trickle down (or indeed up) in the airframer’s portfolio.

The Airbus A350 version of this discussion is centered on the fact that the twinjet is a naturally “digital native aircraft”, while the A330 and re-engined A330neo will achieve their digital cred through Airbus’ “high-bandwidth connectivity” strategy, which now provides multiple high-speed Internet options to airlines.

As such, the European airframer’s work has begun to echo the “tick-tock” model followed by Intel, Apple and others, where one series of technological and #PaxEx innovations is made on the blanker canvas of the A350 platform, and then rolled out to the legacy A330 and A330neo architecture, as evidenced by the new Airspace cabin for these twinjets. Now Airbus is eyeing Airspace elements for the A320 family of narrowbody aircraft.

The golden thread of this work stretches back through the various A350 and A330neo cabin improvements announced over the past few years, from the recessed seat track power and entertainment cabling to the overhead bins, monuments and overall cabin presentation. Whether this is a carefully planned evolution of the message from Airbus for a twice-yearly cabin interiors news cycle, or whether it is reactive to developments — or perhaps a little of both — is difficult to determine. But the intertwining of the two aircraft is perhaps something that, while not expected, has reaped benefits.

“If you look at how we sold the A330 in the past, how we sold the A350, we tend to sell the aircraft in a pair,” Rao told Runway Girl Network. “So the airlines that buy A350s tend to buy A330s. Airlines that have already bought the A330s tend to buy A350s. And now that we are going into A330neos, airlines are tending to look at if they’ve already got an A350, then they’ll look at an A330neo. The concept that we’ve given to the airlines is that whole look and feel where you feel that you are in the same airplane. It’s right down to the minute detail of the latches on the lavatory doors or on the bins, the lighting features, etcetera. So now when passengers board the airplane, they get that same experience.”

“As you evolve something on the A330neo,” Rao said, “you will evolve it onto the A350. And then we’ll get to a point where we will transfer that down onto the A320s and we’ll transfer stuff up to the A380s. It will all evolve together, and it will take us a while to get to that stage, but let’s say when we get to the 2020s, you’ll start to then see all of the airplanes coming out — looking and feeling — with the Airspace brand.”

So when, RGN asked Rao, will the A320 Airspace cabin start appearing?

“The first A320s with an Airspace, we are already working on today. So we’re looking at what we would do to the entrance area. We are looking what we could do with the bins. We’ve had a program review with customers as to what they are expecting from the new shape of bins. Are they expecting passengers to bring more bags? Is turnaround time so important?”

All of these questions are being addressed at the moment. “So we are marching towards actually defining what an A320neo Airspace cabin would look like,” confirmed Rao. 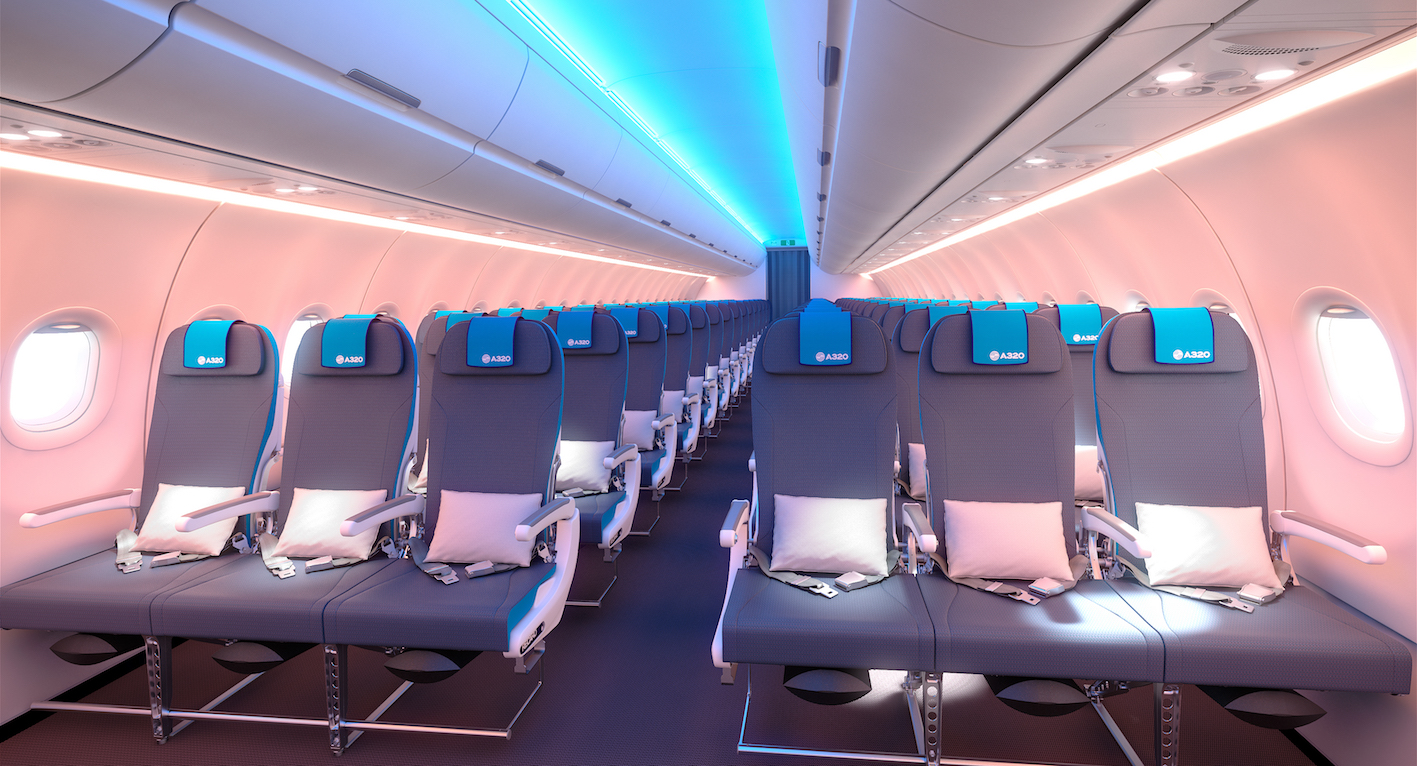 Some of the Airspace design language is already trickling down to the A320neo. Image: Airbus

Wuggetzer was more bullish on the definition dates. “At the latest by 2020,” he said.

With both the development of the A320neo Airspace cabin, and the work Boeing is doing for the 737 MAX family, the next three years look to be ripe with passenger experience developments. 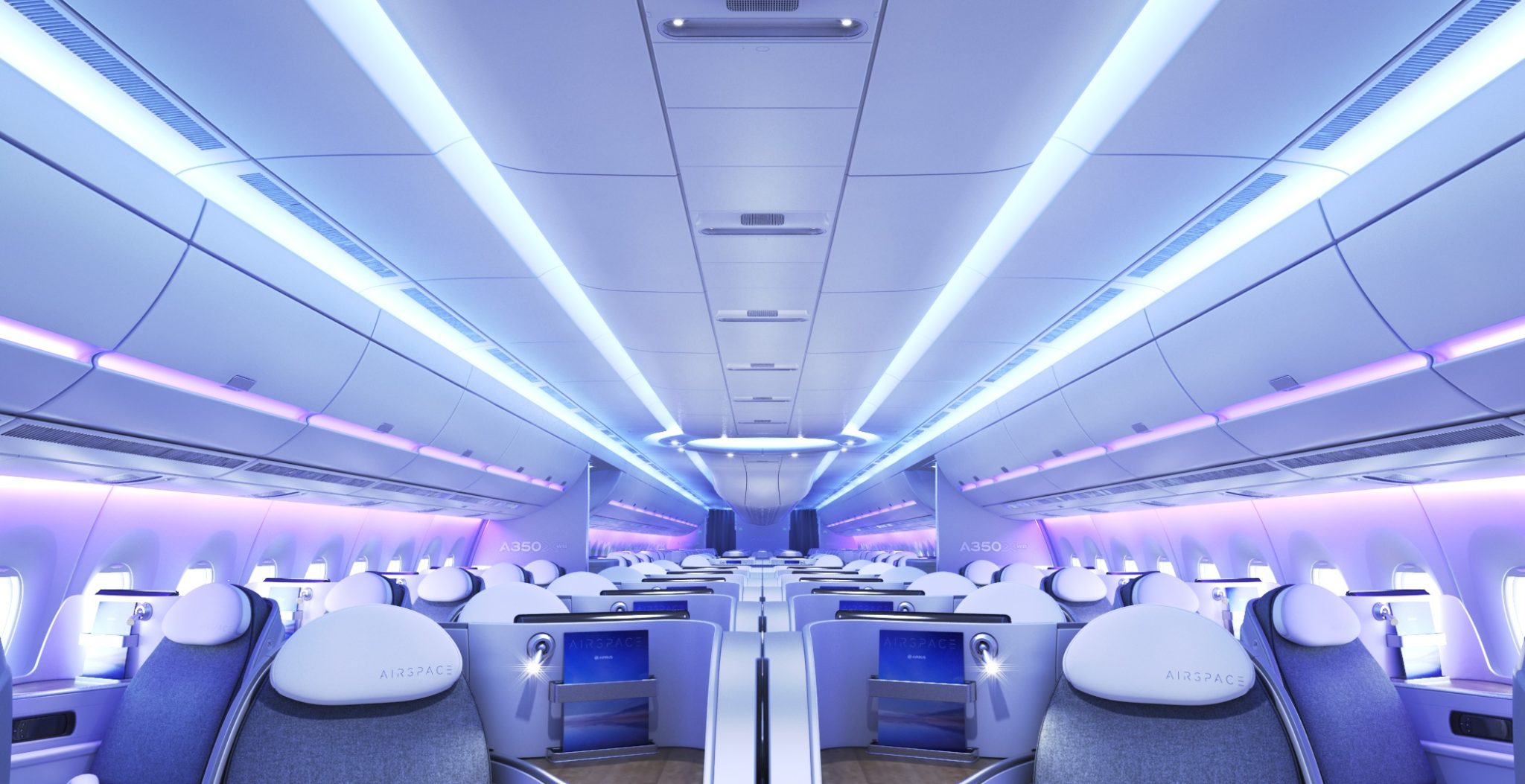 The Airbus A350 cabin offers numerous passenger experience improvements over older cabins. These improvements are trickling down to other types. Image: Airbus

Pilot Kristen Arambula on building a career with Goodyear blimps

Preclearance for Stockholm and maybe more