When aircraft emergency evacuation slides deploy by accident, it’s a significant issue, both for cost reasons and for the safety of flight crew, ground staff and passengers. On average, every commercial aircraft will see an inadvertent deployment of at least one emergency evacuation slide. That statistic comes from Airbus’ cabin systems company KID-Systeme, and data from airline trade body IATA suggests that each deployment can cost an airline up to US$200,000. Do the math based on the number of aircraft in a fleet and the scale of the problem becomes apparent.

Inadvertent slide deployment results from a number of causes, ranging from catering, cleaning and maintenance staff mistakes to flight attendant error to a lack of (and difference between) standard operating procedures (SOPs), door design differing between airframers, or technical malfunction — and IATA says it is an ongoing issue.

“There is no one size fits all solution for all operators,” IATA said in March last year. “Strategies to mitigate this problem revolve mostly around good communication, following operator SOPs, the use of onboard technology, and awareness so that cabin crew have the ability to mitigate the disk of a slide deployment.”

Much like the way that different aircraft autothrottles behave differently, the lack of international standardisation on the way that aircraft doors open is a safety concern. Airbus’ handles are largely raised vertically from bottom to top, Boeing’s are rotated around a central pivot, and other smaller airframers vary in their approach. Clearly, there is standardisation work not being done. 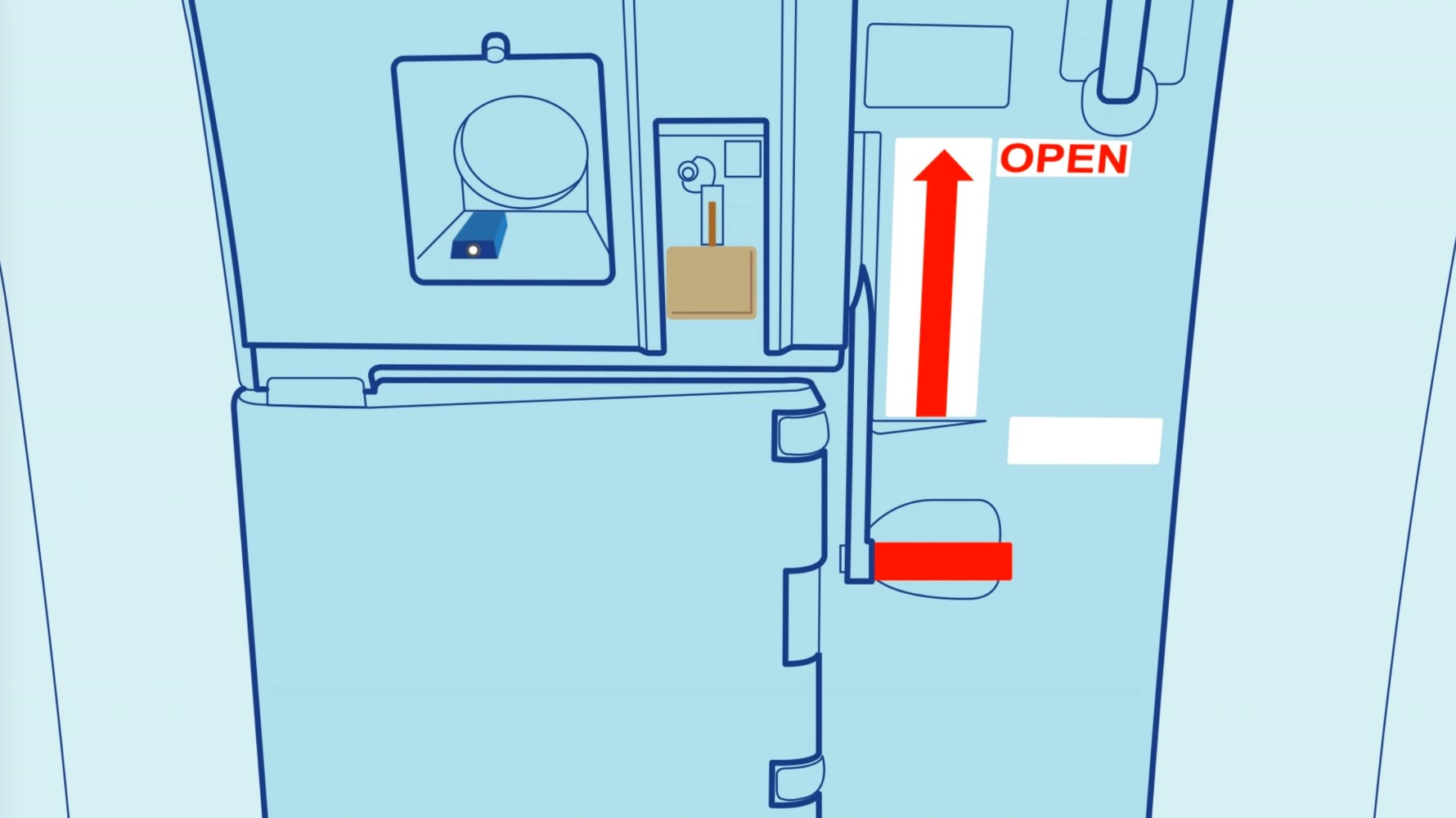 In a sign of how little action has been taken, however, KID-Systeme has an option to solve the symptoms even while the cause remains untreated. KID-Systeme’s new onboard technology to fix this PoISD — prevention of inadvertent slide deployment — problem when it comes from inside the cabin is a proximity detector called Watchdog.

In essence, the system detects a hand reaching for the handle and, if the slide is armed, flashes a warning light and then sounds an increasingly insistent warning alarm. 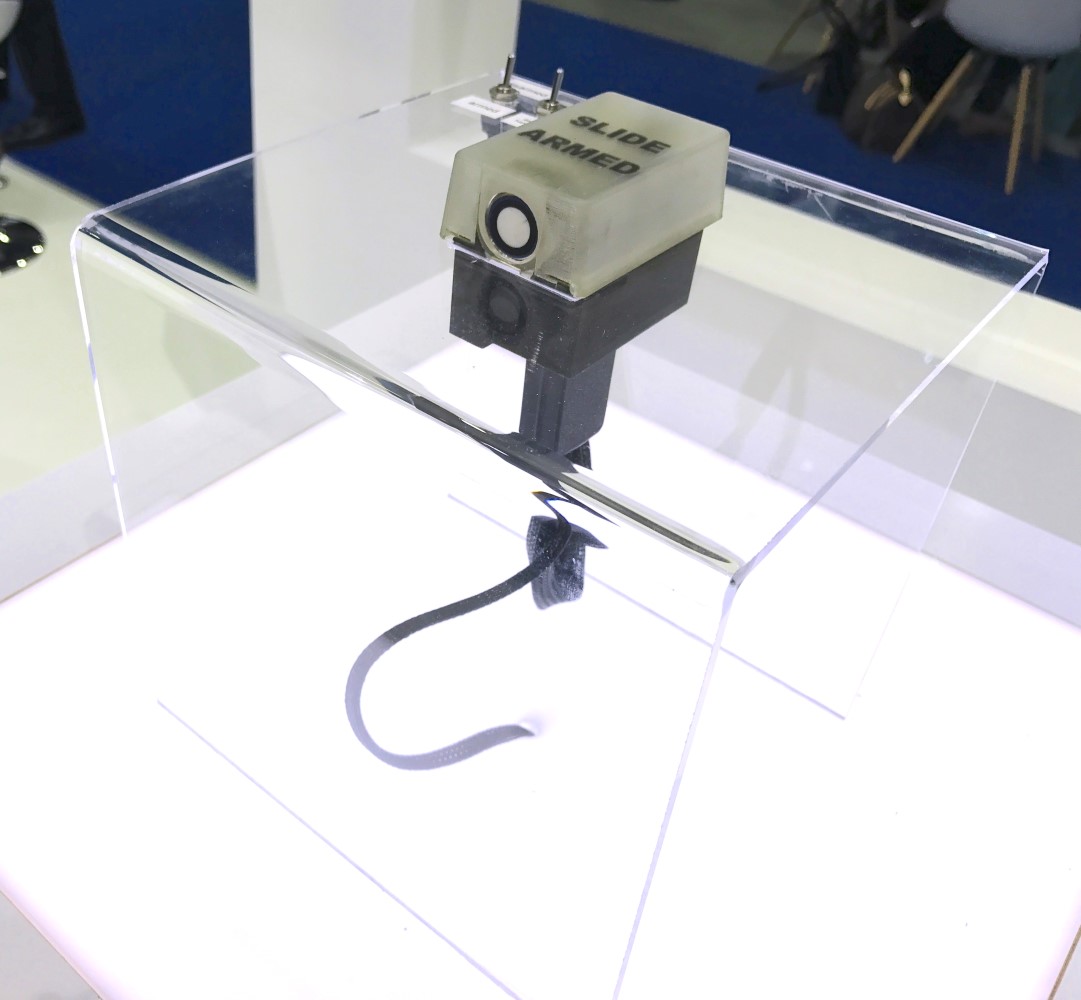 The Watchdog fitting itself is compact but large enough to be noticeable. Image: John Walton

KID-Systeme’s Watchdog device is contained within a small box about the size of four playing card packs, half of which is recessed into the existing door alert slot and half of which sticks out to provide the warning system. Watchdog is likely to most commonly be automatically activated and deactivated with the door arming mechanism. 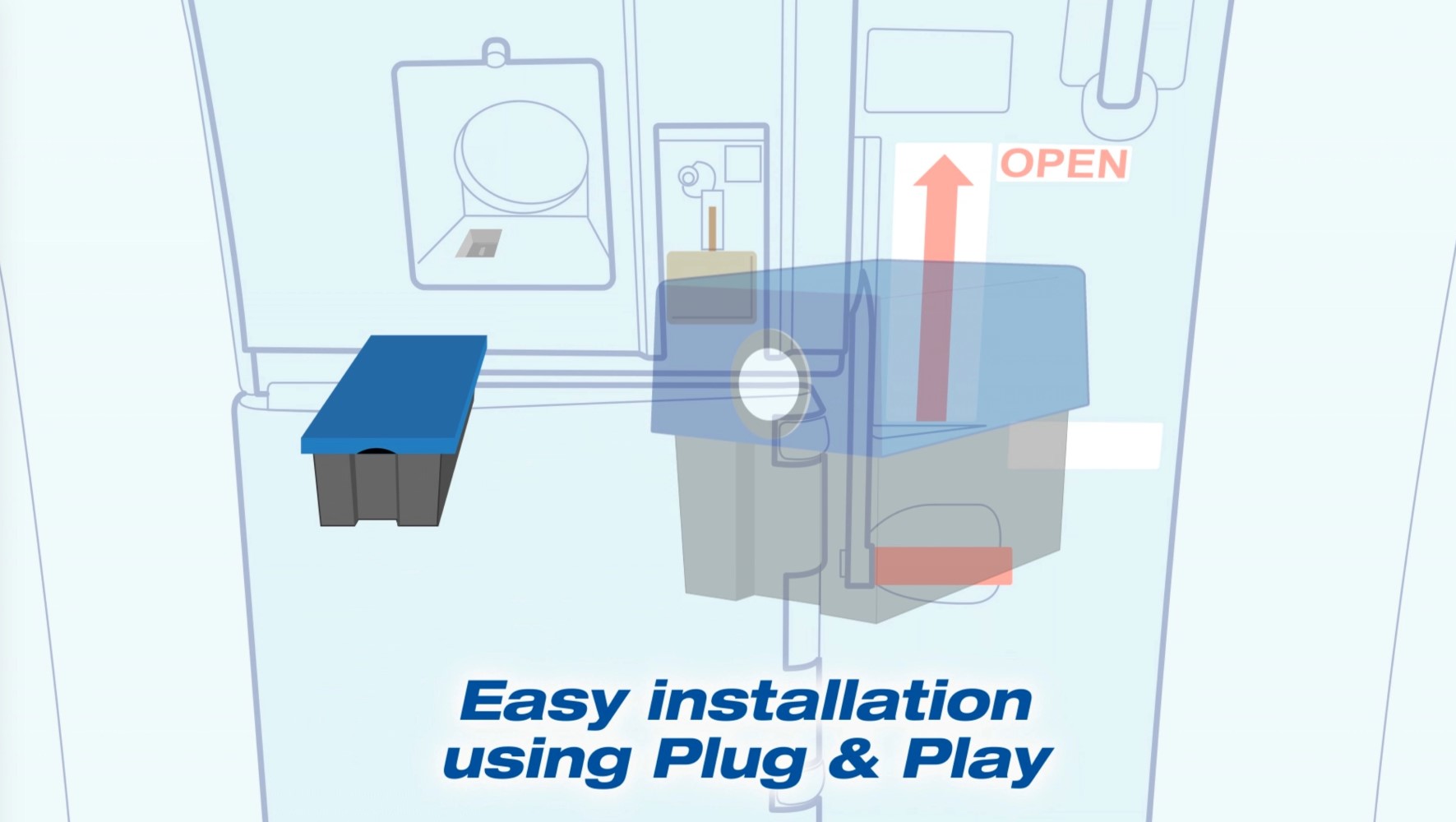 The details: if, when the slide is armed, Watchdog detects movement within 70 cm — just over two feet — it starts to flash to signal the flight attendant, maintenance worker, catering staffer or cleaner that the door is armed. Within 40 cm — just over a foot — an alarm sounds.

Playing the role of a distracted airline staffer, your RGN journalist attempted to reach for the position where the door handle would be on KID-Systeme’s mockup several times, and each time Watchdog flashed and beeped to an extent highly likely to dissuade the staffer from activating the door.

Watchdog is likely to increase safety and reduce slide deployment as part of a concerted approach, which includes a number of IATA-identified prevention strategies.

The standardisation of how the doors work, however, is work that has yet to be prioritised. 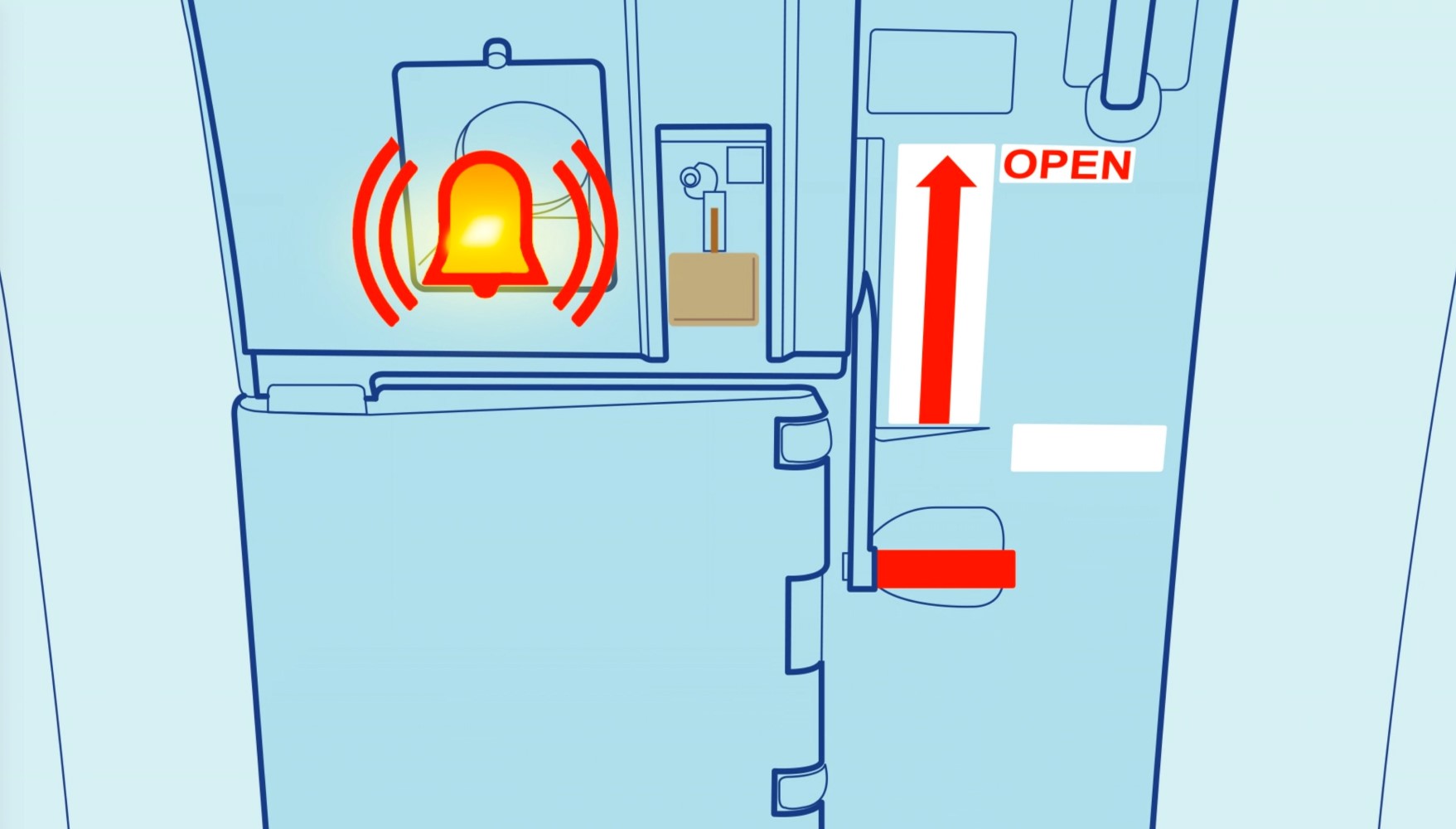 Sounding the alarm before a staffer touches the door is key to preventing slide deployment. Image: KID-Systeme 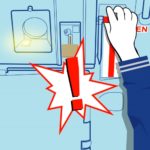 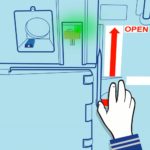 Ensuring that the slide is properly disarmed is crucial to avoid inadvertent deployment. Image: KID-Systeme 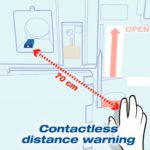 At 70cm Watchdog flashes to alert staff not to open the door. Image: KID-Systeme 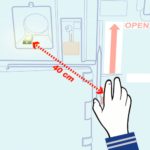 At 40cm the flashing Watchdog starts to sound an audible alarm. Image: KID-Systeme