FlightRadar24, the live flight tracker service that myriad news outlets rely upon when an aircraft goes off radar, has begun experimenting with some rather unconventional methods to receive existing ADS-B signals already transmitted by most commercial aircraft. With a network of over 10,000 terrestrial ADS-B receivers ranging from mountaintops to Antarctic research stations, Flightradar24 has gone to sea and space to expand its coverage area.

After quietly steaming at a leisurely 2 kt for about a two weeks, an autonomous seafaring robot called a Wave Glider has reached its target location southeast of the small volcanic island named Jan Mayen. Meanwhile, 290 kilometers above, a nano-satellite named GOMX-3 circles the planet at 27,440 kilometers per hour. Both will aid Flightradar24 in realizing its goal of near-global ADS-B tracking of aircraft.

“Our goal is global ADS-B coverage and our crowd-sourced network, which remains vital to our coverage goals, is limited to terrestrial receivers,” says Flightradar24 director of media and community relations Ian Petchenik. “Given the inherent constraints of ground-based ADS-B receivers, we understood early on that we would need to look at alternative methods of covering oceans and other remote regions.”

The GOMX-3 nano-satellite, which is just about the size of three Rubik’s cubes stacked together, is a joint project between the European Space Agency and GomSpace to test the effectiveness of ADS-B reception in space by a nano-satellite. So far, the test has proved to be a success. During several test integrations with Flightradar24, multiple aircraft flying over open ocean were tracked for short periods of time. These flights would otherwise be out of traditional radar and ground-based ADS-B receivers. 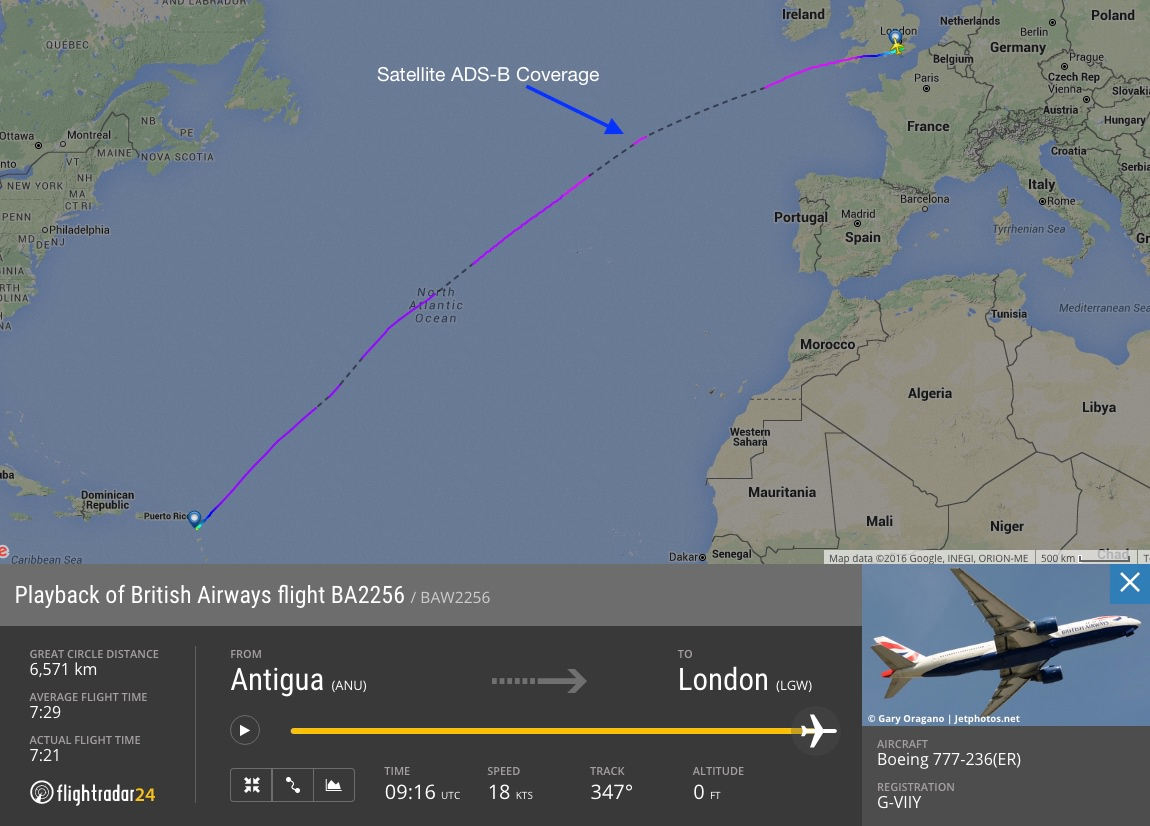 GOMX-3, enabling space-based ADS-B during one of the first live trials. Image: Flightradar24

Going from a small network of receivers hosted on rooftops to circling the globe with a satellite in just a few years is a sizable accomplishment, but Flightradar24 didn’t achieve it on its own. “The partnership with Airbus Defence and Space and GomSpace came as a result of relationship building with both companies over an extended period of time,” says Petchenik. “The potential is creating a complement to our ground-based coverage allowing us to reach global coverage. Cost is an important factor for any business decision and space-based ADS-B is no exception. But technical advances in the space-industry continue to drive prices down.”

Meanwhile, at sea level, Flightradar24 is also testing a Liquid Robotics Wave Glider with the goal of providing near-constant ADS-B coverage in places impossible to cover with ground stations. Initial trials have seen Flightradar24 nearly close the coverage gap between Norway and Greenland. 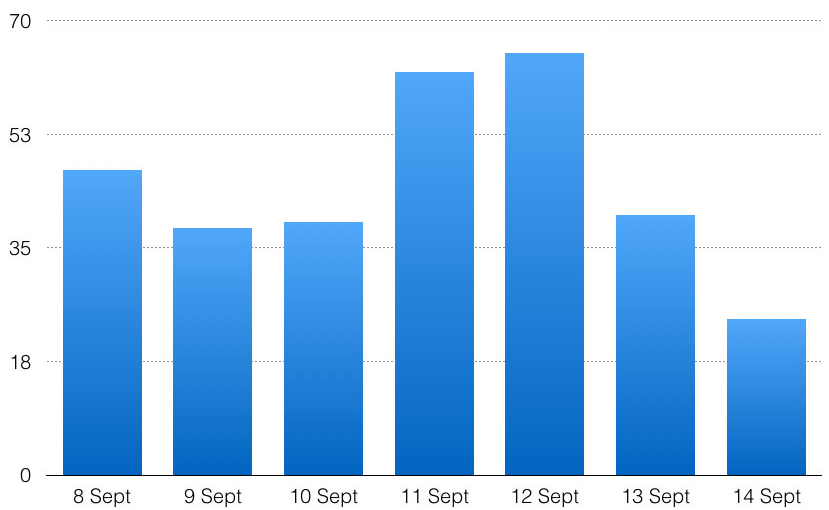 Number of flights tracked by Flightradar24’s Wave Glider as it moves into its target position. Image: Flightradar24

While both the Wave Glider and nano-satellite have their advantages, Flightradar24 isn’t putting all of its eggs in one basket just yet. “We are bullish on both technologies, but unlike a low-earth orbit satellite, the Wave Glider can stay in the same place for an extended period of time allowing you to pin-point a certain area for constant coverage,” says Petchenik. “With a Wave Glider you also have an opportunity to make fixes if something should go wrong with the ADS-B hardware etc. It is difficult to estimate full future costs right now for either coverage method. We’re currently focused on establishing the technical capabilities and limitations of each.”

The advantage to both the Wave Glider and nano-satellite solutions is that neither requires any modifications to the aircraft itself. While several traditional tracking solutions already exist, some systems require the installation of hardware plus service fees. ADS-B out is already being mandated in most regions, and Flightradar24’s solution leverages the existing signals. Many have also called ICAO’s tracking specifications inadequate, as it only requires normal position reporting every 15 minutes by 8 November 2018, whereas ADS-B can provide near-constant surveillance.

Flightradar24 says it has fielded interest in its data from both government and airlines alike. “We already have a long list of government agencies from around the world consuming our data in real-time,” notes Petchenik.

Whether or not its solution becomes the gold standard for real-time flight tracking is yet to be seen, but for now, it will keep making both literal and figurative waves.

The recent launch of the Wave Glider could bolster real-time tracking abilities for the aviation industry. Image: Flightradar24