Using sensors and computers already inside the aircraft, the Weather Company — yes, the people behind the Weather Channel, who already produce aviation meteorological forecasting — is producing networked turbulence forecasts, showing how the Internet of Things can save airlines (and business aviation operators) money, make air travel safer and improve the passenger experience.

Following a recent partnership announced with the Gogo business aviation network, Mark Miller, senior vice president for aviation at the Weather Company, explains how it works to Runway Girl Network.

“Basically, what’s unique about our approach is we are leveraging the existing onboard sensors to determine whether that aircraft is impacted by turbulence or not,” he says. “The IP and software code that we’ve developed is very lightweight. It can run on modern day avionics and we haven’t found an aircraft monitoring system it can’t run on. It’s very lightweight, and it requires very low CPU cycles. We’re able to basically put it across a wide array of fleet and avionics, which really helps our airlines to provide a more complete solution for their operation, whereas some of the other capabilities out there may be more specific around a particular sensor or the algorithm may be more intensive.” 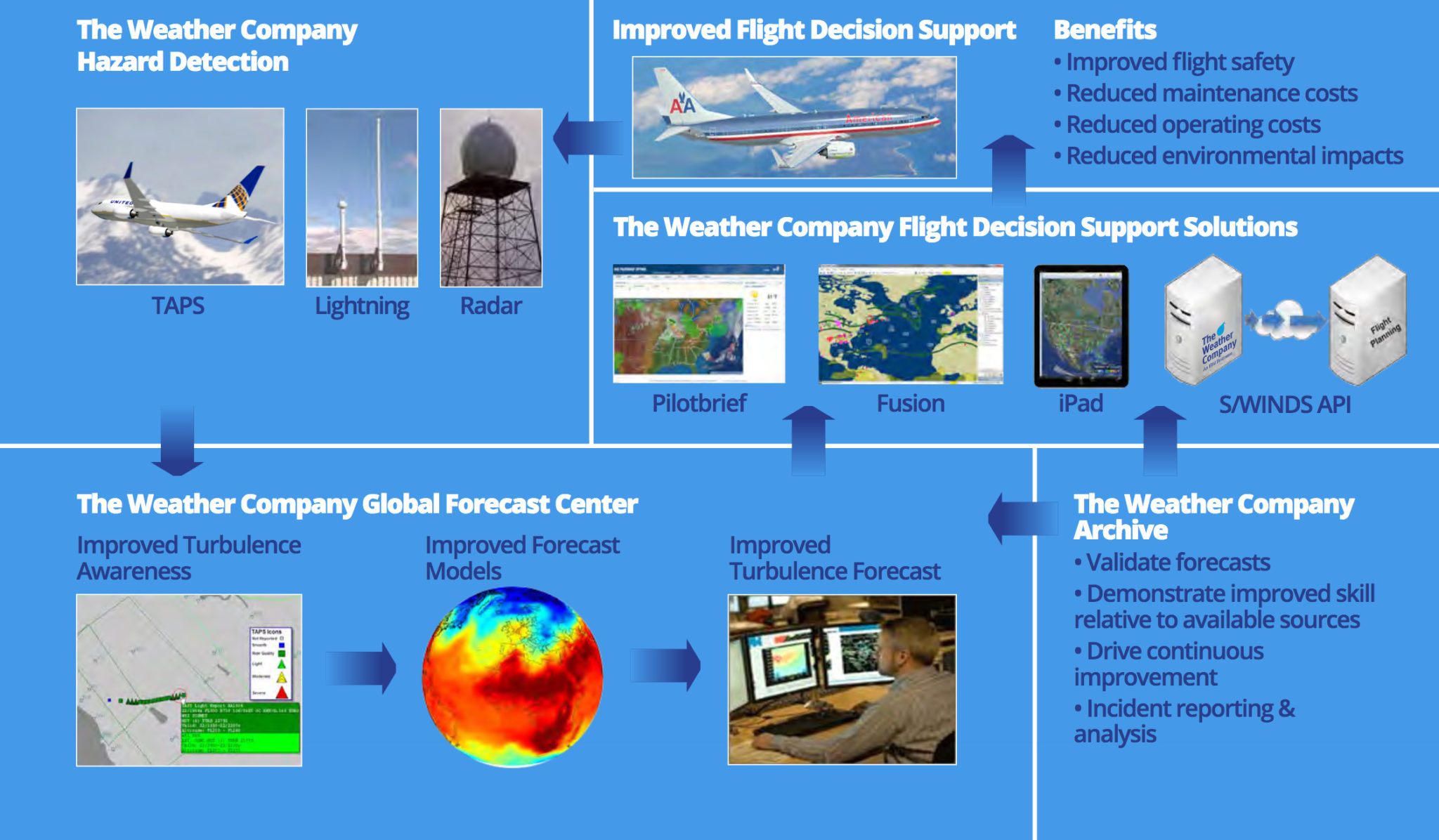 All calculations of whether turbulence is occurring are performed on the aircraft, Miller confirmed. Warnings are sent speedily to pilots approaching or within that area, and the information is folded into wider meteorological forecasting and SIGMET advisories.

In the event of turbulence, Miller says, “we leverage the vertical accelerometer on the aircraft already, and the algorithms basically sample at a very high frequency. The algorithms have logic to detect and remove normal aircraft manoeuvres and it reports back both clear air and turbulence events. When it encounters turbulence above a certain threshold it reports at a higher frequency. We report smooth air because in many ways when pilots don’t have certainty — in other words, observations — that leads to sub-optimal operations. They may be making profile adjustments or routing adjustments unnecessarily, so having data around where the air is smooth is almost as important as knowing where turbulence events are being reported, from a planning perspective.”

For American Airlines, which has equipped roughly 400 Boeing 737, 757 and 767 aircraft with the system, “The reports are transmitted via ACARS as text messages,” spokesperson Leslie Scott tells RGN, noting that, “On satellite equipped aircraft the data can be transmitted via satellite when out of range from ground based ACARS stations.”

She adds, “We see the benefits as providing timely and extremely accurate reports of actual ride conditions which can be relayed to aircraft in flight or viewed by pilots on their tablets in graphical form. Dispatchers see the turbulence reports on their situational awareness tool and plan flights around areas where turbulence is being reported or developing. The goal is to not experience avoidable turbulence or minimize the intensity when not avoidable. This is a win/win for passengers and cabin crew both.” 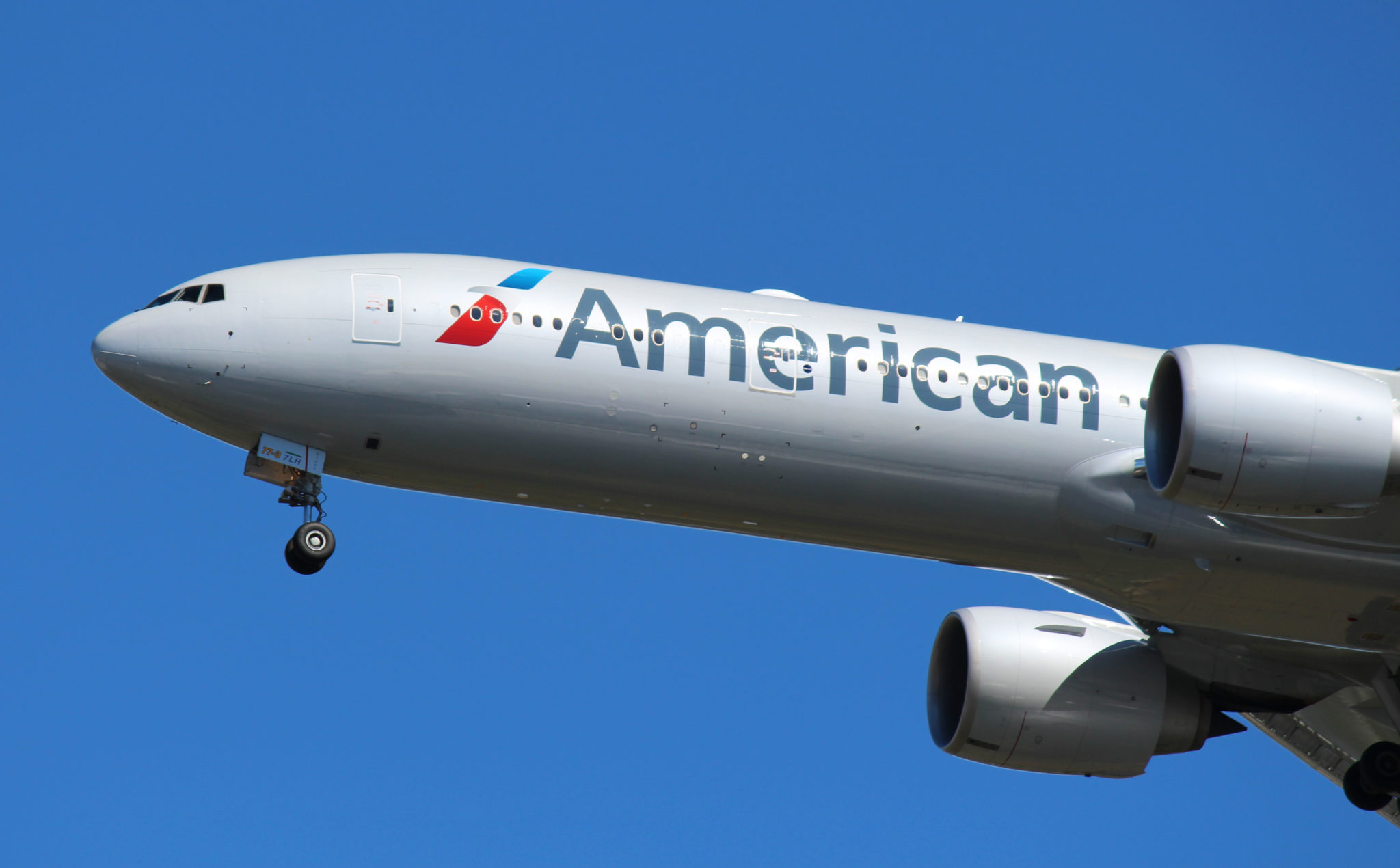 American Airlines’ 777 fleet is the next to have the system installed. Image: John Walton

It’s also a win for planning and economics, Miller says: being able to reduce uncertainty about potential turbulence means that flight planning, dispatchers and pilots can make decisions about routings, fuel and altitudes, improving both economic efficiency and environmental impact.

In terms of process, Miller says, “The system leverages onboard sensors to detect turbulence, report it to the ground via existing communications pathways, most notably ACARS. All of that data is captured in our network operations centre. We use it in two ways; one is our forty-plus aviation meteorologists continually refine and publish guidance around turbulence around the globe, very specific guidance that airlines can make decisions on to operate in. We’re also then in the back office running an alerting engine that tracks all the flights and will alert a flight automatically if the airline so chooses, because in the area of turbulence safety minutes matter. Getting the notice up to the cockpit as quickly as possible and not necessarily through a ground-based decisionmaker, those minutes can really matter. We also have the ability to track all these flights and alert (based on thresholds the airline sets up) directly via ACARS to the cockpit.”

Notably, the system is agnostic in terms of connectivty, at least in terms of upload. “We can leverage any communications channel, it’s not limited,” Miller explains. “For ease of implementation and because the way airlines use [ACARS], it’s often used for safety. Many airlines do prefer to use ACARS. It’s very straightforward. But there’s nothing to preclude us from using any communication channel on the aircraft. That’s one of the great capabilities of the system.”

ACARS can also be the medium for transmitting the alerts, but “we also have an iPad application for pilots where they can receive the alert and guidance in the iPad app if they have the connectivity. It’s a way to not only get the alert but visually see where the observation is relative to their flight plan, and any other guidance that our meteorologists may have issued,” Miller says.

With the more diverse set of routes and altitudes that business aircraft fly, Miller notes, the amount of data fed into the system will increase, and the expectation is that the weather forecasting products that it creates will become more detailed and more accurate — a real improvement for both business and commercial aviation. 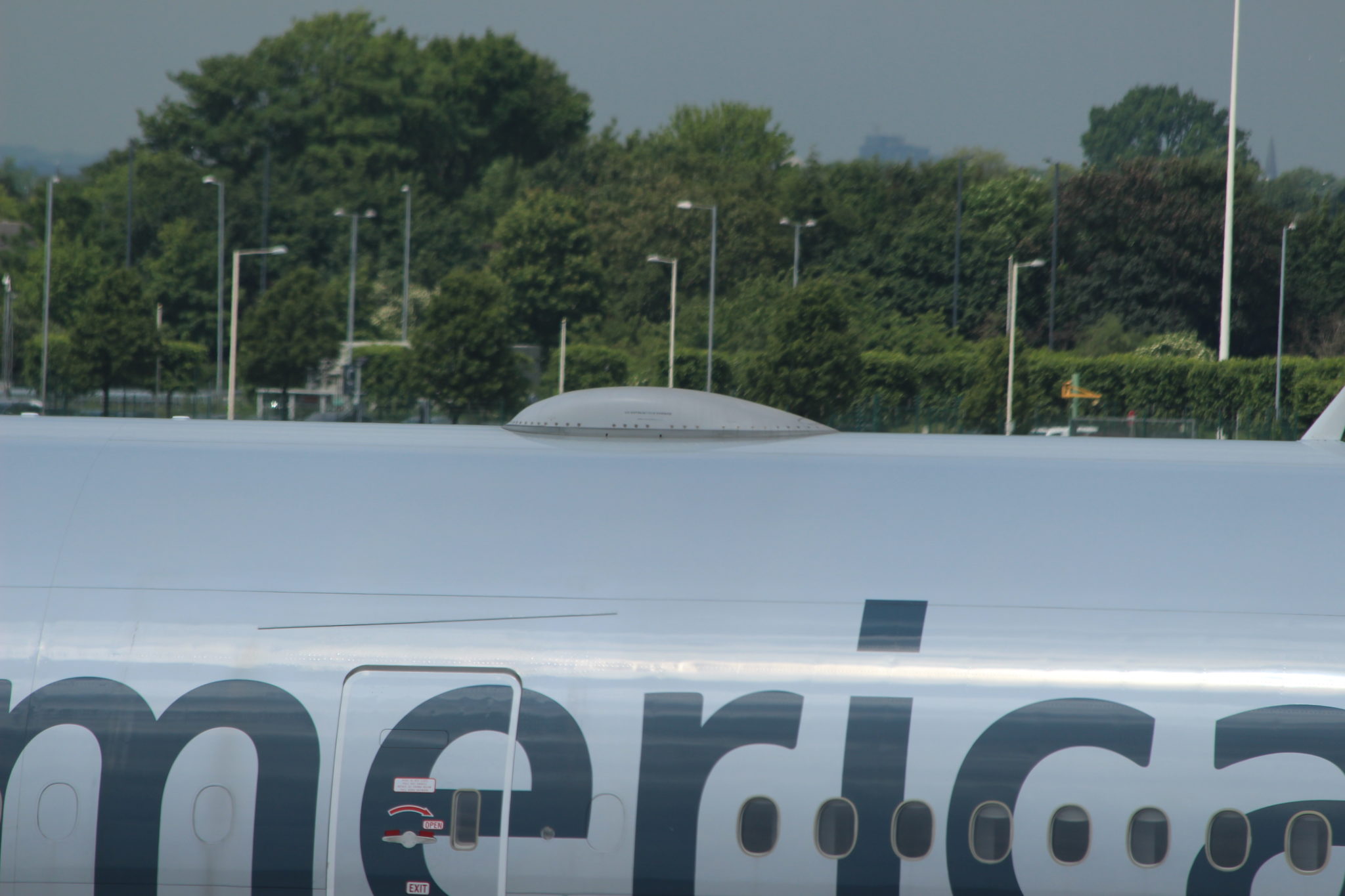